Here's another plug for one of my blog-mates......

Thom Holbrook was the first in the TV Crossover field to contact me when I was running the old Tubeworld Dynamic website. Back then, I didn't even know there was anybody else out there who was doing the same thing, let alone be interested in it! He politely pointed out that I was wrong in my claim to be the best site on the subject (Again - I thought I was the only one!), and when I visited his site, I knew he was right.

I still say his site is the best on this specific kind of crossover, which is why it leads off the blogroll at Inner Toob. 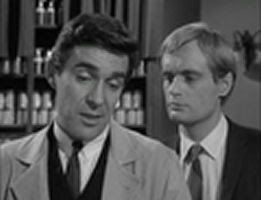 "Crossovers & Spin-Offs" lay fallow for a few years, as Thom was busy with other aspects of his life - not only with work, but with his companions Mei and Totoro. He's back now, with two new articles: one on the three-way 'C.S.I.' franchise crossover and a character study on Guido Panzini, a character created by Pat Harrington, Jr. I found this fascinating, not only for the shows he connected, but also for Guido's significance within the "reality" of Toobworld. I'll have to look for these episodes before I consider how Guido Panzini can exist as he does in the Toobworld timeline, but for now Thom's got a good handle on the situation.

Here's the link to his story on Guido Panzini. But check out the full site - it's basically an encyclopedia on TV Crossovers. And of course, you'll find the main link to the site there to the left, you guidos!