William Schallert was born July 6, 1922, which marks today as his centenary.  And to mark the anniversary of his 100 years, (we lost the hardest-working man in television in May of 2016), I thought it was time to honor him with an induction into the Television Crossover Hall of Fame.  I thought it could even have been a double induction, bringing his teacher Leander Pomfritt from ‘The Many Loves Of Dobie Gillis’ in as well.  But Mr. Pomfritt only appeared in the TV series and one of the TV reunion movies, not both. 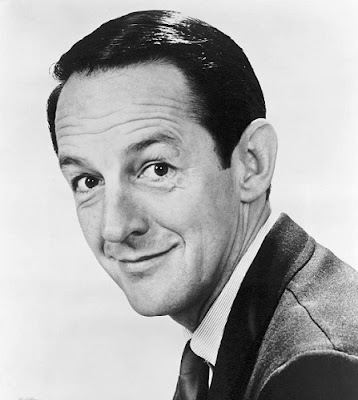 MARTIN LANE
From Wikipedia:
Martin Lane was not the only role he played on ‘The Patty Duke Show’; Schallert also had a dual role as Kenneth Lane, Cathy Lane’s globe-trotting father and Martin’s twin, in three season 1 episodes "The House Guest" (1963), "The Christmas Present" (1963) and "Auld Lang Syne" (1964.)  He also appeared as Uncle Jed in the season 3 episode "A Visit from Uncle Jed" (1966.)

Here are the four credits for which William Schallert gets into the TVXOHOF as Martin Lane: 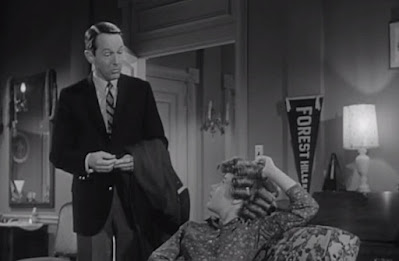 IMDb Synopsis - D.J.'s old bedroom is being converted into a nursery for the new baby. After discovering that a new baby crib is out of her price range, Roseanne schemes up a baby shower in hopes of getting at least forty $10.00 gifts, that she can exchange for the $400.00 crib. This plan threatens to backfire when the gifts are mostly homemade, or are otherwise non-exchangeable. After being unable to work together to paint the nursery without squabbling, Roseanne reassigns Becky and Darlene to throw the baby shower instead, but the girls are still at each other's throats because Darlene refuses to pull her weight, sticking Becky with all the work. Roseanne gets David to throw a "guy" baby shower for Dan with the men at his shop, hoping for even more exchangeable gifts, but that backfires as well.Trivia from IMDb:
Alicia Goranson and Sarah Chalke both appeared at the end of this episode in a spoof of ‘The Patty Duke Show’ (1963). The song made fun of the fact that the role kept switching hands between the two actresses. This sequence was cut from the DVD release and replaced with title cards on a black background. 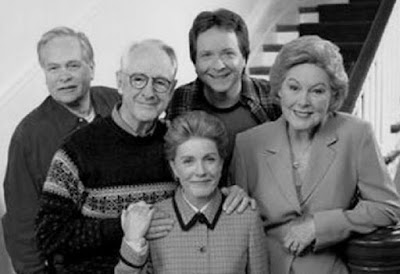 Synopsis from the IMDb:
The original cast members from the classic television series resurrect their characters, including Patty Duke in her legendary dual role as identical cousins Patty and Cathy Lane. This time the family reconvenes in New York in order to surprise Patty, and end up battling her old arch-nemesis Sue Ellen, who is intent on having the high school torn down. 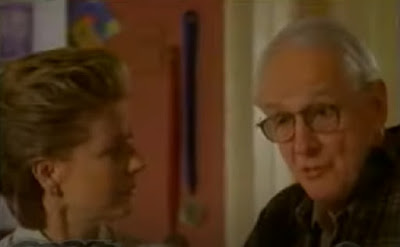 O'Bservation:
When Patty Lane turned 65, she applied for Social Security online, with her family there to cheer her on. 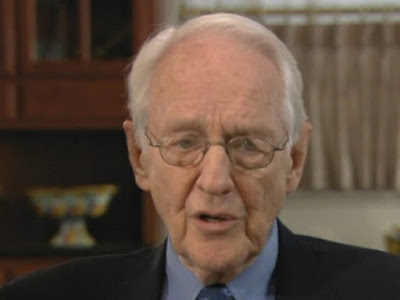 Welcome to the Hall, Martin Lane! Patty and Cathy and the New York Chronicle are there to greet you already.
I’m sorry you weren’t still around for this “honor”, Mr. Schallert, but it’s still a nice addendum to your television immortality.

And who knows?  Maybe Martin Lane is still alive in Toobworld.  (He just might share family genetics with Admiral Hargrade….)

FOURTH OF JULY TVXOHOF - THE TAIL O' THE PUP

It is estimated that 150 million hot dogs will be eaten today on the Fourth of July.  And the center of attention will be at Coney Island….

From Wikipedia:
The Nathan's Hot Dog Eating Contest is an annual American hot dog competitive eating competition. It is held each year on Independence Day at Nathan's Famous Corporation's original, and best-known restaurant at the corner of Surf and Stillwell Avenues in Coney Island, a neighborhood of Brooklyn, New York City.

However, in Toobworld, we have to look to the West Coast for the center of hot dog activity.  In Los Angeles, there is the Tail O’ The Pup….

From Wikipedia:
Tail O’ the Pup was an iconic Los Angeles, California hot dog stand actually shaped like a hot dog. Built in 1946, the small, walk-up stand has been noted as a prime example of "programmatic" or "mimetic" novelty architecture. It was one of the last surviving mid-20th century buildings that were built in the shapes of the products they sold.

The City of Los Angeles in 2006 declared Tail O’ the Pup to be a cultural landmark.

Blake's grandson Jay Miller and his wife Nicole inherited the Pup in 2017. After a failed attempt to have it reopened in a partnership with Killer Shrimp, the structure was donated to the Valley Relics Museum.

The 1933 Group purchased the structure in 2018 with plans to restore the stand to its original appearance, find a new location, and reopen it.

It is eligible for membership in the Television Crossover Hall of Fame, with appearances in at least three different series.  There may be more, but these three are all that’s needed to be inducted: 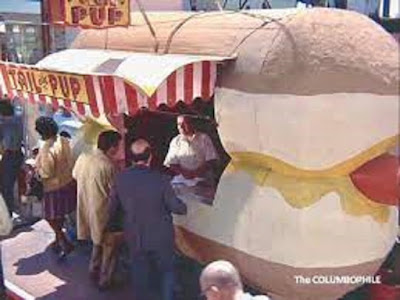 COLUMBO
MURDER BY THE BOOK 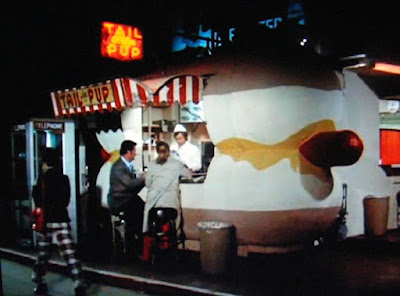 THE ROCKFORD FILES
BACKLASH OF THE HUNTER 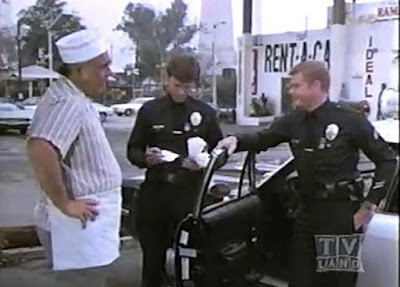 Just a little trifle to celebrate the Fourth.