So I've had to toss out my theory that Gotham City must be in the California of Toobworld because of that TV van.

At the end of the episode, once the Joker had been vanquished, Commissioner Gordon urgently called Batman on the hotline.  Turns out he had heard a rumor that Batman had been asked to move to California so that he could run for governor.

Luckily for me, Gordon Long came along with some Trueniverse info:

KDKA-TV, ch. 2, is the CBS affiliate in Pittsburgh. So it could still be back east....

Wikipedia splains away how KDKA could have call letters beginning with "K":

KDKA enjoys grandfathered status as one of six remaining stations east of the Mississippi River that have call letters beginning with K. Three of them are in Pittsburgh, the other two being KDKA-FM (KDKA's sister station) and KQV, as well as KDKA's longtime sister station KYW in Philadelphia (though the KYW call sign has in the past been used in Chicago and Cleveland); KFIZ in Fond du Lac, Wisconsin; and KTGG Spring Arbor, Michigan (though in that instance, it was due to a clerical error at the FCC).

So in Toobworld we'll just add in KGC as the seventh station to be grandfathered as an exception. 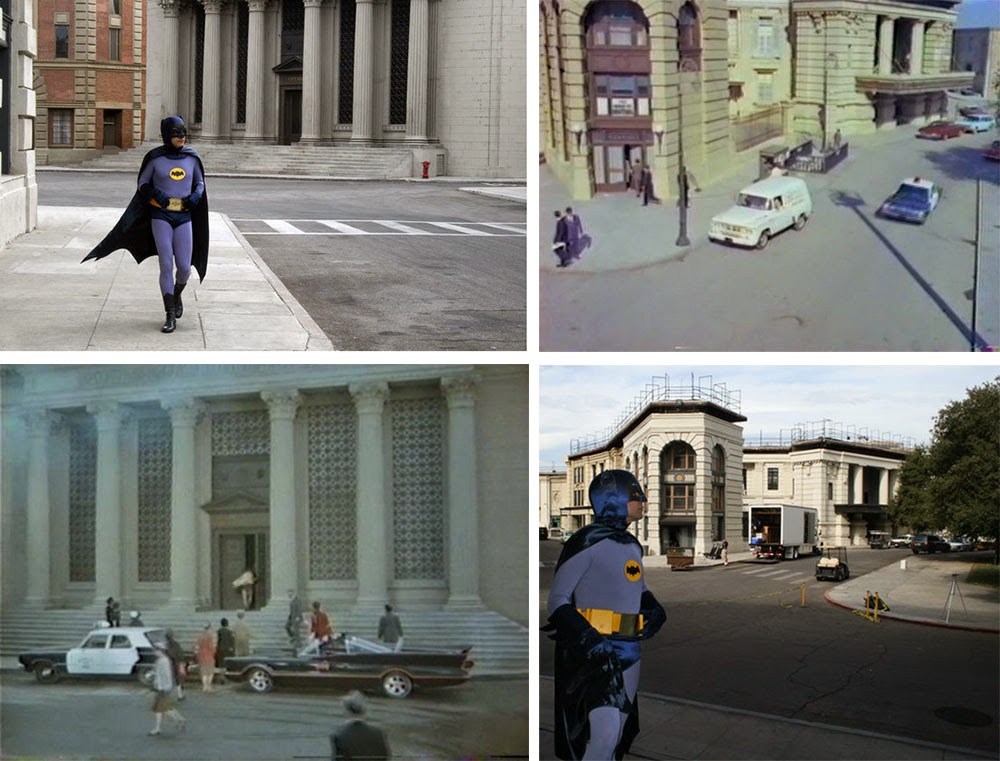 So where does that put Gotham City on the Toobworld map now?

It still needs to be on the ocean, so we should be looking to the Eastern seaboard now.  After all, Gordon said "out to California", not "down to" or "up to" (which could have placed Texas in the running as well as the states to be found along the shore of the Gulf of Mexico.)

I'm also drawn to the style of architecture found in Gotham City, which strongly suggests New York.  Even back in 1966 it felt as though the infrastructure was aging which - rightly or wrongly - makes me think New Jersey is the most viable candidate for the location of Gotham City.

And I don't have to just rely on my own wish-craft for that.  The atlas of the DC Universe shows Gotham City in New Jersey.  (However, it also shows Metropolis in Delaware and I have issues with that.)

Hopefully this will be the last time I have to relocate Gotham City on the Toobworld map......

LEAGUE OF THEMSELVES - FUN WITH DICK (AND CHARLIE)

During the episode, Laurie revealed that in the past she had sex with Richard Grieco and Charlie Sheen (as far as I know, not at the same time.)  In order to cover up the truth to protect Travis' feelings, she claimed that the Richard who was still pestering her in e-mails was her Uncle Dick.  (Jules revealed that Travis was so convinced that he was sending money to Uncle Dick.)

At one time, Richard Grieco looked to be the big breakout star from '21 Jump Street', but that was before Johnny Depp blasted into the stratosphere.  However, his character of Dennis Booker from that show is eligible to one day be inducted into the TV Crossover Hall of Fame.

Charlie Sheen on the other hand will probably land in the TVXOHOF as a member of the League of Themselves, and just this mention of his interaction (nudge nudge wink wink) with a fictional TV character counts toward his final tally of qualifications.

They weren't the first televersions of real people to have had sex with TV characters.  They join a somewhat exclusive club that also includes Roseanne, Ellen DeGeneres, and Mandy Moore. 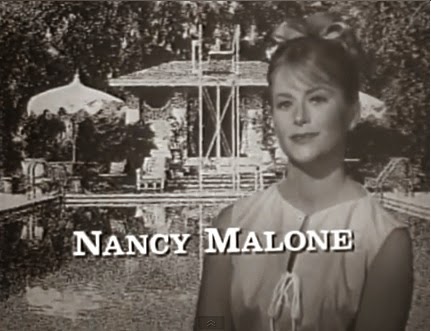 Eighty years ago today, Nancy Malone was born.  (We lost her last year on May 8.)

For those who only know people from their on-screen appearances, Ms. Malone might just be recognizable for her many roles in television, especially 'Naked City', 'The Long, Hot Summer' and 'Guiding Light'.  (Although as the third recastaway to assay the role of Robin Lang Bauer Bowden Fletcher, she might have been overshadowed by the other three actresses who held the role.)

But she was a true pioneer in the television field because she turned her attentions to becoming a director.  As such, she directed episodes of powerhouse shows like 'Dynasty', 'Melrose Place', 'Diagnosis Murder', 'Star Trek: Voyager', 'Dawson's Creek', and 'Picket Fences'.  She was nominated for an Emmy Award as a director for episodes of 'Sisters' and 'The Trials Of Rosie O'Neil'.  She won an Emmy for producing a Bob Hope special celebrating his 90th birthday and she produced a particular favorite TV movie "Sherlock Holmes In New York" (which takes place in an alternate TV dimension.)

On top of all that, she became the first vice-president of television at 20th Century Fox in 1976.

As our tip o' the hat to Nancy Malone, I'd like to offer up this theory of relateeveety.

The theories of relateeveety work best when only one of the characters involved had been a long-running role.  And even then it's preferable if the show has already been cancelled so the character's history is basically locked in.  The other role should be a guest starring appearance so that there isn't so much history/baggage to deal with. 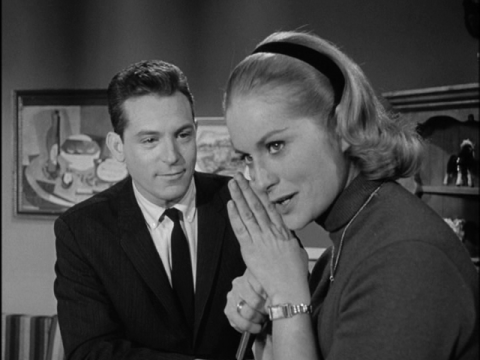 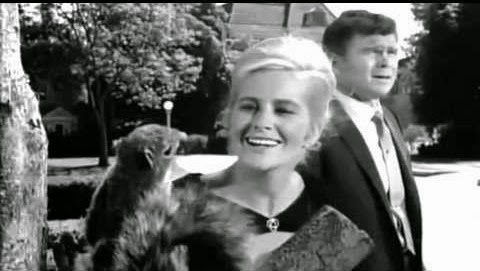 And that's why I'm taking Ms. Malone's best known role of Libby Kingston in fifty one episodes of 'Naked City' and connecting her to Millie Frazier, who is only known for her one-way trip into 'The Twilight Zone'.

Aside from her life as an actress - appearing in small projects, auditioning, taking classes - about all we knew about Libby's personal life was that she was romantically involved with Detective Adam Flint of the 65th Precinct.  That I believe she had a sister named Millie may not be backed up by evidence from the series, but that's not so surprising.  In real life, how often do we talk about our siblings in everyday life? 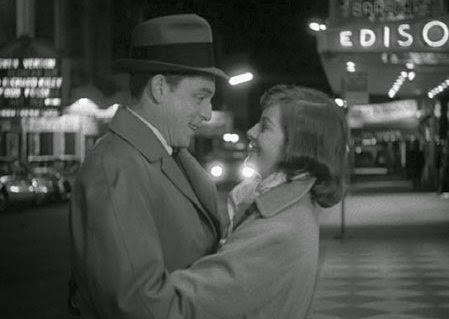 This sister, who was practically an identical twin, was Millie Frazier.  The difference in their last names is easy to splain away: Millie was married to Bob Frazier.  Even if it turned out that she acted alone in that episode of 'The Twilight Zone' as Millie Frazier, there still wouldn't have been a Zonk.  After all, being an aspiring actress, Libby might have changed her name to Kingston so that it had more potential on a marquee, or because there was already a Libby Frazier in AFTRA and SAG.

Bob and Millie Frazier made a "Stopover In A Quiet Town" which turned out to be a toy model village on board a spaceship, taking giants back to their home planet.  Millie and Bob were now to be the "pets" of a giant "little" girl.  (These giants are from the same planet as those to be found in the 'T-Zone' episodes "The Little People" and "The Invaders".  And their home planet would be 'The Land Of The Giants'.  The name of that world?  Brobdingnag of Swiftian fame, which was only accessible for humans of Earth Prime-Time via a dimensional vortex.) 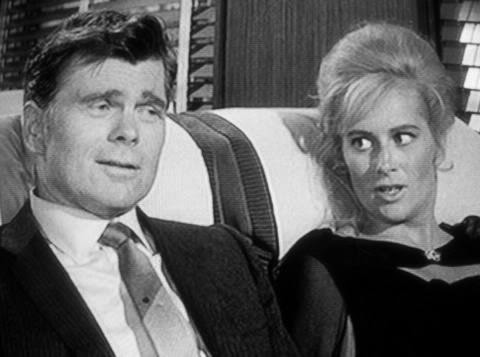 Had this bizarre turn of events happened while the Trueniverse audience was still able to see Libby Kingston's life play out on their TV screens, we might have finally seen Libby mention her sister Millie; perhaps she would have asked Adam to look into the disappearance of her and her husband.  But Toobworld stopped following Libby's life one year before we saw what happened to the Fraziers.  And that's a big boon for this theory of relateeveety......

Remembering Nancy Malone on her birthday......

As Red Skelton would often say, "Good night and may God bless."

PS:
The pictures I chose to represent Nancy Malone's role of Libby Kingston are of a personal nature for me.  In the background you can see my place employment and which has since been inducted into the Television Crossover Hall of Fame for its use in 'Seinfeld', 'Becker', 'Sex And The City', and going back to 'The George Burns And Gracie Allen Show'. 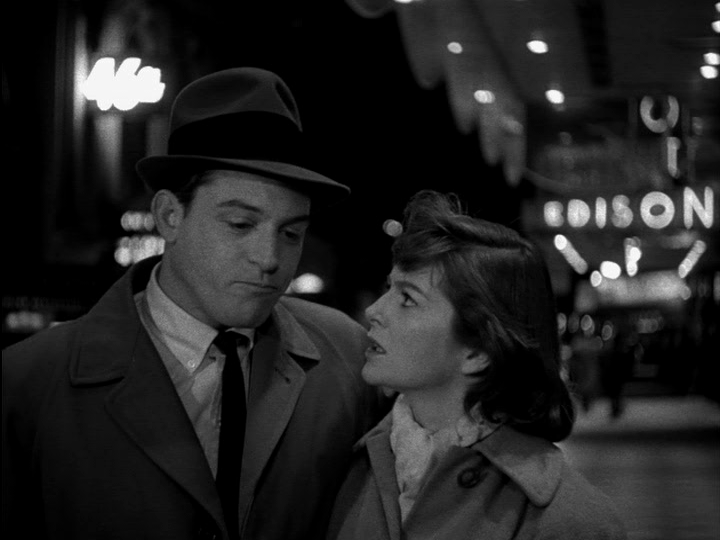 "WHO YOU REALLY ARE" 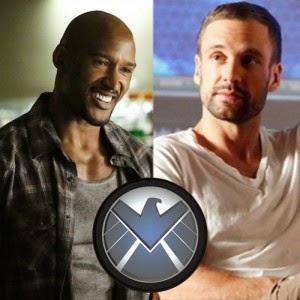 'Agents Of SHIELD' takes place in Comic Book Toobworld, so it's pozz'ble, just pozz'ble, that 'Magnum P.I' could be a TV show.  Had this occurred in the main Toobworld, I'd have to justify Thomas Magnum being known to both Hunter and Mac.  Considering the work they do, that doesn't seem out of the realm of pozz'bility.

While investigating his friend Ron Payden, an evangelist, Dan Farrell noticed the proposed completion date for a senior citizens' center being built by the Payden Foundation: 1980.

Dan then remarked that it was scheduled to be completed ten years into the future.

I'm going to say it took place at one point on March 17 - St. Patrick's Day, forty-five years ago to this day. 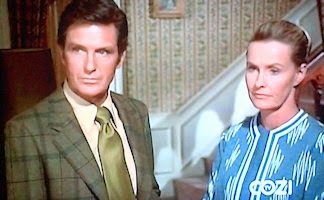 Well, why else would a man like Dan Farrell wear such an ugly tie and sports jacket unless he was showing his Irish pride in the wearing o' the green?

SPLAININ TO DO: THE GAYLE FORCE 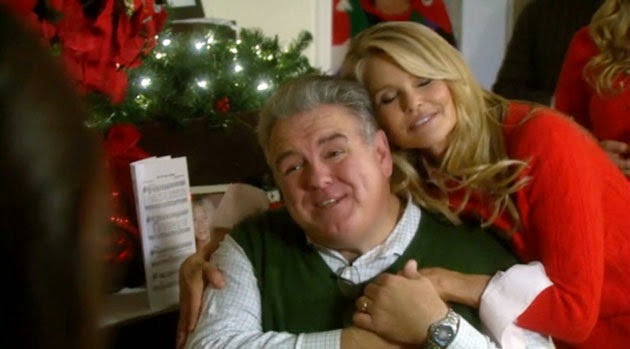 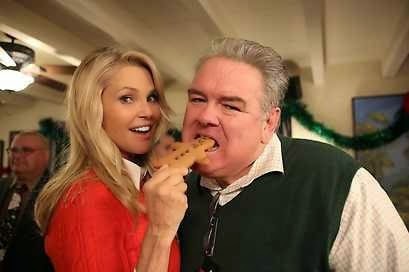 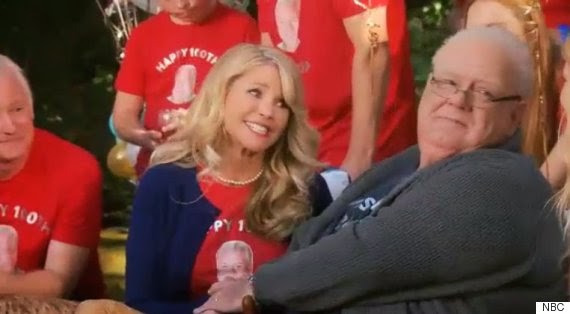 There's a very good reason for this.  Gayle was an immortal.  Probably not the kind to be found in 'Highlander'; otherwise we would have been seeing sword-wielding maniacs in Pawnee, trying to cut her head off.  Nor do I think she was like a vampire or some life-leeching succubus.

I think she may be more like Adam and Dr. Henry Morgan of 'Forever'.  She could be killed, but she would come right back to life, naked and in water.

As to why she married Garry and lived in Pawnee?  Pawnee was mostly a backwater town where her secret could remain safe.  As to spending that eternity with one of the hairiest TV characters since Jack Donaghy, Lou Grant, and Mork....  A doctor in Pawnee finally revealed that secret - Garry had the biggest penis he had ever seen!


Here's a movie-length episode of 'Strangers' featuring this month's inductee into the Television Crossover Hall of Fame, George Bulman.....