LEAGUE OF THEMSELVES - THE DODGERS

The secret of youth:
Veganism? Diet pills?
Nah-- it's Kick the Can.

LEAGUE OF THEMSELVES - SANDY KOUFAX


I have to get this one in before sundown.... 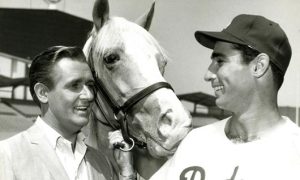 Sanford "Sandy" Koufax (born Sanford Braun, December 30, 1935) is a retired American baseball player. A left-handed pitcher, he played his entire Major League Baseball (MLB) career for the Brooklyn/Los Angeles Dodgers, from 1955 to 1966. He retired at the peak of his career, and in 1972 became the youngest player ever elected to the Baseball Hall of Fame, aged 36 years and 20 days.
Koufax's career peaked with a run of six outstanding seasons from 1961 to 1966, before arthritis in his left elbow ended his career prematurely at age 30. He was named the National League's Most Valuable Player in 1963. He also won the 1963, 1965, and 1966 Cy Young Awards by unanimous votes, making him the first 3-time Cy Young winner in baseball history and the only one to win 3 times when the award was for all of baseball, not just one league. In each of his Cy Young seasons, Koufax won the pitcher's triple crown by leading the NL in wins, strikeouts, and earned run average. Koufax's totals would also have led the American League in those seasons.
Koufax was the first major leaguer to pitch four no-hitters (including the eighth perfect game in baseball history). Despite his comparatively short career, Koufax's 2,396 career strikeouts ranked 7th in history as of his retirement, trailing only Warren Spahn (2,583) among left-handers. Koufax and Nolan Ryanare the only two pitchers inducted into the Hall of Fame who had more strikeouts than innings pitched.
Koufax is also remembered as one of the outstanding Jewish athletes in American sports. His decision not to pitch Game 1 of the 1965 World Series because it fell on Yom Kippur garnered national attention as an example of conflict between professional pressures and personal beliefs. 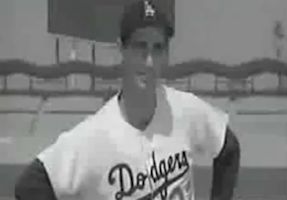 Old folks discover
fountain of youth in a can -
Second Childhood!

LEAGUE OF THEMSELVES - WHITEY FORD 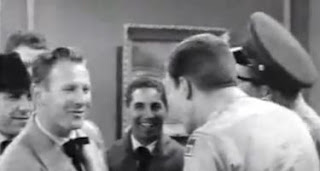 From Wikipedia:
Edward Charles "Whitey" Ford (born October 21, 1928) is an American former Major League Baseball pitcher who spent his entire 16-year career with the New York Yankees. He was voted into the Baseball Hall of Fame in 1974.

Labels: As Seen On TV, League of Themselves, TV Classique, Wikipediaphile

Lately when a star dies who was worthy of entry into the TV Crossover Hall of Fame, I induct him or her right away.  But in the case of Commander Kang the Klingon as played by the late MIchael Ansara, I just thought October was a better fit for him.

Here's what the IMDb has to say about him:
Legendary Klingon commander whose exploits ensured him a place in the Hall of Heroes, as told in G'Trok's poem 'The Fall of Kang', an epic so important it is required reading at Starfleet Academy. The late Dahar Master once faced James Kirk in 2269 but joined him to defeat their true enemy, an energy lifeform living off their shared hatred when trapped aboard a starship as undying fodder.He had also squared off against Capt. Sulu's Excelsior during the tensions of the Khitomer Conference in 2293.Kang had already met Curzon Dax by then on the Klingon Korvat colony, when Dax intentionally angered Kang to foster a bond a calculated risk as he walked out during a long diatribe by the shocked Klingon. The Trill envoy became such a trusted family friend that Kang's firstborn, his son, was made his godson and named Dax in his honor. The boy, of course, was among those later killed in revenge by the marauding Albino and fostered a blood oath of revenge in turn among Kor, Koloth and Dax that was finally carried out in 2370 and led to Kang's death as he struck the death blow on his enemy.He also had defeated T'nag and his army with only colleagues Kor and Koloth, according to Kor's tale in 2372, and later feasted on the leader's heart.He had already bemoaned the passing of the old Klingon ways, and ridiculed Klingon restaurateurs like the one on DS9.

And here are his appearances that met the requirements:
qach qay'be'

LEAGUE OF THEMSELVES - LEO DUROCHER 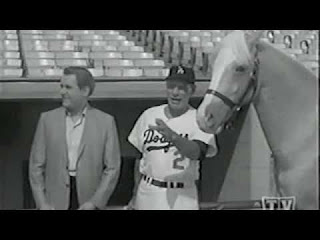 Leo Ernest Durocher (July 27, 1905 – October 7, 1991), nicknamed Leo the Lip, was an American infielder and manager in Major League Baseball. Upon his retirement, he ranked fifth all-time among managers with 2,009 career victories, second only to John McGraw in National League history. Durocher still ranks tenth in career wins by a manager. A controversial and outspoken character, Durocher's career was dogged by clashes with authority, umpires (his 95 career ejections as a manager trailed only McGraw when he retired, and still rank fourth on the all-time list), and the press.
Durocher was elected to the Baseball Hall of Fame in 1994. 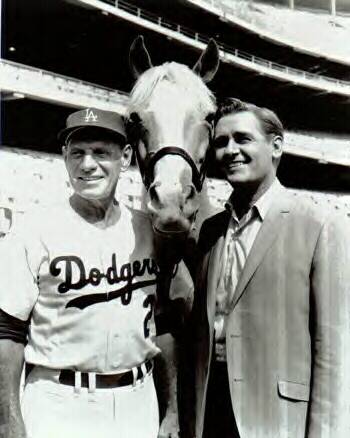 Labels: As Seen On TV, League of Themselves, Life During Prime-Time, TV Classique, TV timeline, Twipped from the Headlines, Wikipediaphile

Gremlin on the wing
Boldly goes where no man has.
Lands in nick of time.

There's a man out there...
Starship Enterprise it ain't...
Beam me down Scotty.

Best thing about these two haiku(s) is that they celebrate TV in-joke crossovers! 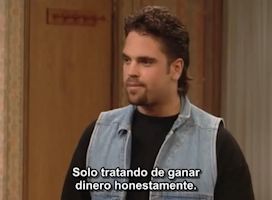 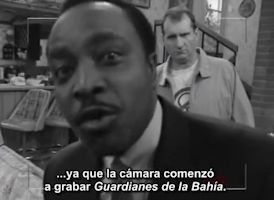 AS SEEN IN:
'Married... With Children'
"A Man For No Seasons"

I have no clue as to what they're saying, or even what's going on in this clip. But it's obvious that we now have another documented case of a crossover from the Tooniverse into Earth Prime-Time.
(My thanks to crossover comrade Matt Hickman for this.)
http://youtu.be/kCHEvbj7rvc
BCnU!
Posted by Toby O'B at 7:26 AM 1 comments

Here's another haiku which I offered.....

Rope snaps! I escape
getting hanged at Owl Creek Bridge!
Oops... not rope. My neck.

This episode was a foreign film that was bought so that the season order could be fulfilled.

LEAGUE OF THEMSELVES - ANNE RICE 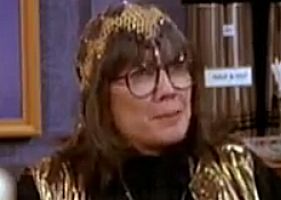 AS SEEN IN:
'Ellen'
"The Bubble Gum Incident" 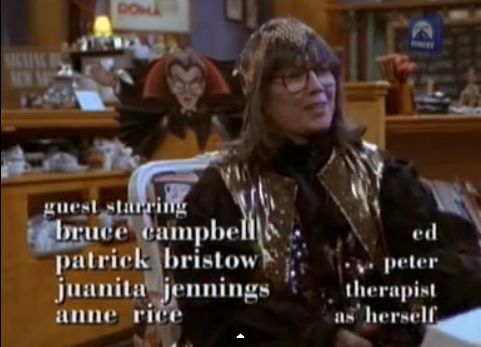 LEAGUE OF THEMSELVES - WES CRAVEN 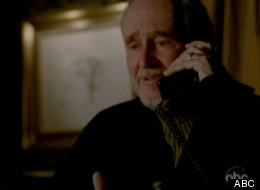 AS SEEN IN:
'Castle'
"Scared To Death"

From Wikipedia:
Wesley Earl "Wes" Craven (born August 2, 1939) is an American film director, writer, producer, and actor, perhaps best known for his work on many thriller/horror films, particularly slasher films. He is the creator of the famed "A Nightmare on Elm Street", "Wes Craven's New Nightmare", and also co-wrote "A Nightmare on Elm Street 3: Dream Warriors" with Bruce Wagner, featuring the iconic Freddy Krueger character. Craven has also directed the entire "Scream" series, featuring Ghostface. Some of his other films include, "The Hills Have Eyes", "The Last House on the Left", "The Serpent and the Rainbow", "The People Under the Stairs", "Vampire in Brooklyn", "Music of the Heart", "Red Eye", and "My Soul to Take".