IT'S A CHRISTMAS HONORS FRIDAY HALL OF FAMER, CHARLIE BROWN!

So we’re wrapping up this year’s theme of bringing the televersions of our own TV shows into the TVXOHOF with today’s entry.  For the last eleven months, the new members have covered all sorts of TV shows – sci-fi, detective shows, talk shows, sitcoms. a game show, and now….?

We’re going with a one-shot, a traditional holiday special. 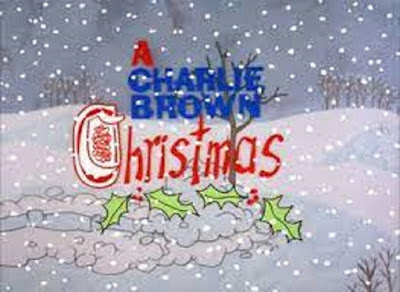 A CHARLIE BROWN CHRISTMAS
From Wikipedia:
“A Charlie Brown Christmas” is a 1965 animated television special, and is the first TV special based on the comic strip “Peanuts”, by Charles M. Schulz. Produced by Lee Mendelson and directed by Bill Melendez, the program made its debut on CBS on December 9, 1965. In this special, Charlie Brown finds himself depressed despite the onset of the cheerful holiday season. Lucy suggests he direct a neighborhood Christmas play, but his best efforts are ignored and mocked by his peers. After Linus tells Charlie Brown about the true meaning of Christmas, Charlie Brown cheers up, and the Peanuts gang unites to celebrate the Christmas season.

After the comic strip's debut in 1950, “Peanuts” had become a phenomenon worldwide by the mid-1960s. The special was commissioned and sponsored by The Coca-Cola Company, and was written over a period of several weeks, and produced on a small budget in six months. In casting the characters, the producers took an unconventional route, hiring child actors.

The program's soundtrack was similarly unorthodox, featuring a jazz score by pianist Vince Guaraldi. Its lack of a laugh track (a staple in US television animation in this period), in addition to its tone, pacing, music, and animation, led both the producers and the network to predict the project would be a disaster.

However, contrary to their collective apprehension, “A Charlie Brown Christmas” received high ratings and acclaim from critics. It has been honored with an Emmy and a Peabody Award, and has become an annual presentation in the United States, airing on broadcast television during the Christmas season. Its success paved the way for a series of “Peanuts” television specials and films. Its jazz soundtrack achieved commercial success, selling four million copies in the US. Live theatrical versions of “A Charlie Brown Christmas” have been staged.

Here are the references to the special from many shows in Earth Prime-Time.  I think the overriding reference point has to be that sad little Christmas tree. 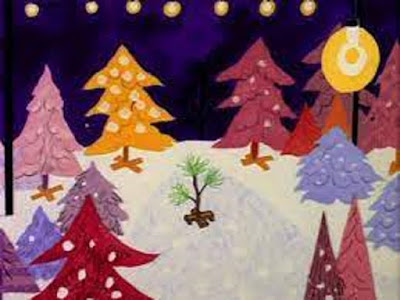 Mentions to be found in Skitlandia, The Tooniverse, and other alternate Toobworlds are not included.
Day by Day:
Merry Kristin
(1988)
Ross mentions the special..

Sliders:
Season's Greedings
(1996)
Quinn tells the story of a raggedy Christmas tree from his childhood, which he compares to Charlie Brown's.

NewsRadio:
Catherine Moves On
(1997)
In Bill's version of the story, everyone speaking to him sounds like the adults in the Charlie Brown world.

Buffy the Vampire Slayer:
Passion
(1998)
Willow goes over at Christmas, and likes to watch Xander do "The Snoopy Dance", which was introduced in "A Charlie Brown Christmas"..

Friends:
The One with the Routine
(1999)
Rachel calls Chandler "Linus" after he says that finding the presents early is not what Christmas is all about.

Buffy the Vampire Slayer:
The Replacement
(2000)
Lame Xander: "Every Christmas, we watch Charlie Brown together, and I do the Snoopy Dance."

Popular:
Are You There God? It's Me Ann-Margret
(2000)
Harrison mentions the animated movie.

That '70s Show:
An Eric Forman Christmas
(2001)
Episode title and Fez' quote "Merry Christmas, Charlie Brown" near the end of the episode

Weeds:
Cooking with Jesus
(2006)
A dead weed plant is described as "The Charlie Brown Christmas Tree"

Studio 60 on the Sunset Strip:
The Christmas Show
(2006)
Matt brings in a "Charlie Brown"-type Christmas tree and Andy responds with "What are you? Linus?"

Kyle XY:
I've Had the Time of My Life
(2008)
Amanda compares the decorated gym to Charlie Brown''s Christmas tree.

Psych:
Christmas Joy
(2008)
Shawn says, "We just saved Christmas!" and begins to dance like Snoopy as some jazz music similar to the Charlie Brown theme is heard.

iCarly:
iChristmas
(2008)
The ending, with Carly saying that the tree needs a little love, saying that Spencer's not normal but he made a nice tree, and the cast gathering around "oo oo oooing" to "Hark the Herald Angels Sing," is a take off of the ending to A Charlie Brown Christmas.

The Big Bang Theory:
The Bath Item Gift Hypothesis
(2008)
After Sheldon's story about the origin of Christmas, Howard remarks, "And that, Charlie Brown, is what boredom is all about."

The Office:
Broke
(2009)
Kelley imitates the sound of the grownups in the "Peanuts" world.

The Office:
Classy Christmas
(2010)
While shopping for Christmas trees with Pam and Darryl, Andy wonders aloud: "What if we got a really beat-up one, like on 'Charlie Brown,' and we just loved it for what it is?"

Eureka:
Do You See What I See
(2011)
Everybody momentarily turns into Peanuts characters.

The Office:
Christmas Wishes
(2011)
"Christmas Time Is Here" from "A Charlie Brown Christmas" plays at the Christmas party.

Raising Hope:
Hogging All the Glory
(2012)
"Linus and Lucy" is heard as the Chances reenact Charlie Brown for Hope.

Dexter:
Do You See What I See?
(2012)
Charlie Brown Christmas tree mentioned

Suits:
Blind-Sided
(2013)
When Donna toys with Harvey's messages, he tells her that he's not Charlie Brown, she isn't Lucy van Pelt and that the messages aren't a football.

Parks and Recreation:
Filibuster
(2013)
Chris comments that Leslie is dancing around "like she's a character in one of those Peanuts cartoons."

The Tree That Saved Christmas
(2014 TV Movie)
Molly and Lucas refer to the sickly evergreen that Molly saves as a Charlie Brown Christmas tree.

Angel of Christmas
(2015 TV Movie)
Susan: "You're not talking about that little Charlie Brown tree, are you?"

Transparent:
When the Battle Is Over
(2016)
"That sad Charlie Brown Christmas kale" statement is in reference to his spindly Christmas tree.

American Gods:
A Murder of Gods
(2017)
Shadow: "I got stabbed by Charlie Brown's Christmas tree!"

Evil:
7 Swans a Singin'
(2019)
Kristen refers to Pudsy's Christmas as an edgier version of this Christmas classic.

Merry Christmas, everybody!  See you next year.

And as Tiny Toby would say, “God bless us, every one!  But especially me.” 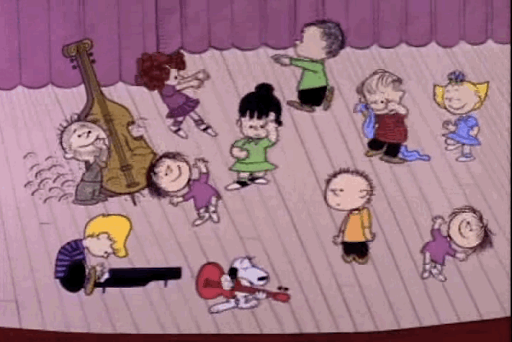