THE BALLAD OF RAY BALLARD 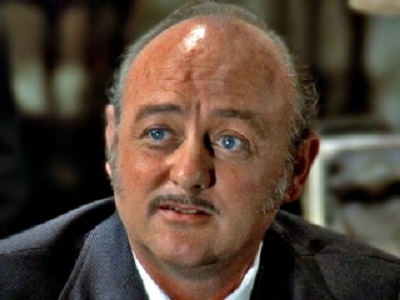 Ray Ballard was one of those journeyman actors who appeared in so many different TV productions and usually in small "blink and you miss him" roles. He was one of those "Hey, it's that guy!" type of actors who might go unnoticed... except by others like yours truly.

Looking through his list of credits, many of them nameless, there were three categories that jumped out at me:
I'm going to claim that the reporter and the photographer were twin brothers, each traveling the country to pursue their careers. The newsman was probably based in Los Angeles, although he did follow a story in New York City.

He may have been there to visit his twin brother who was working in the Big Apple at the time. And the photographer was not only a "Crime Photographer", but also working as a fashion photographer. As a news photographer, his assignments took him to Clayton City and to San Francisco (where he dabbled in more lurid pictures.)

Ballard also played a Poker Player in two different series. I think I'll just split those between the twins, with the one game definitely set in California going to the reporter. 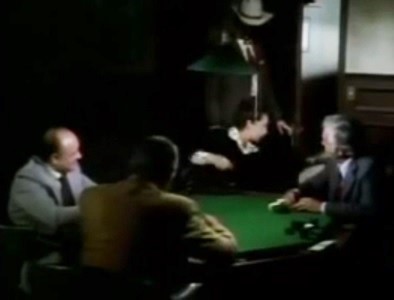 That gives both brothers four roles each (and Ballard himself eight) which gives them both the right to enter the Television Crossover Hall of Fame.

Since it can't be unequivocally stated that all of these roles are connected, I'm inducting the newshound and the shutterbug as a Birthday Honors List choice. "What I say, goes."

It's also appropriate that it falls under the sign of Gemini.

'Run for Your Life'

'The Feather and Father Gang' 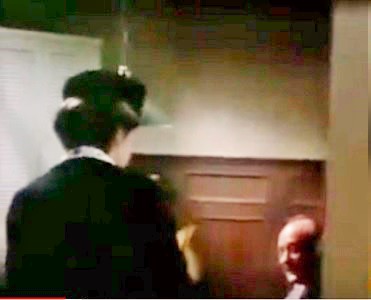 'The Name of the Game' 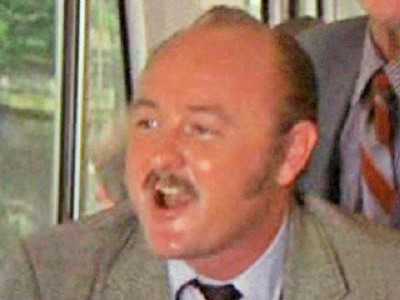 
Traditionally, the month of June inductees into the Television Crossover Hall of Fame has either been a series of pairs (to reflect the Gemini motif) or puppets because -# well… because I like puppets.

Now with the added Friday Hall of Famers to bolster the membership, Toobworld Central doesn’t have to choose one over the other each year.

Because we ran a memorial induction on Monday the First, we’re using the first Friday Hall of Famer spot for the monthly showcase.  And we’re siding on the side of puppetry to kick things off…. 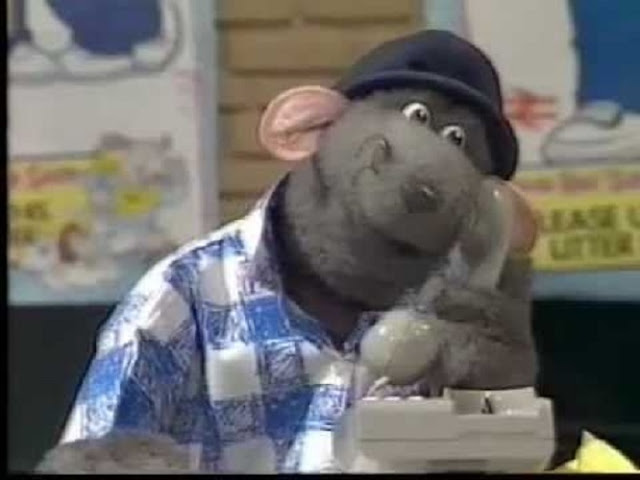 From Wikipedia:
Roland Rat is a British television puppet character. He was created, operated and voiced by David Claridge, who had previously designed and operated Mooncat, a puppet in the Children's ITV television programme ‘Get Up and Go!’ Claridge worked for Jim Henson, then the second series of ‘The Young Ones’. Claridge would later operate and voice Brian the Dinosaur for BBC's ‘Parallel 9’; create and direct ‘Happy Monsters’, a preschool series for Channel 5; and shoot a CGI series, ‘Mozart's Dog’, for Paramount Comedy.

Roland lives beneath King's Cross railway station in The Ratcave and also in Ratcave Two under the Hollywood Sign in Los Angeles. He has an infant brother called Little Reggie and had a relationship with a guinea pig called Glenis. His colleagues include dour Welsh technical whizz Errol the Hamster and over-enthusiastic self-appointed "number one ratfan" Kevin the Gerbil, who is from Leeds and loves pink buckets. Claridge actually provides voices for all the main characters: Roland Rat, Errol the Hamster, Kevin The Gerbil, Little Reggie, Fergie the Ferret and Roland's father Freddie, as they often appear on screen together. Roland's car 'the Ratmobile' is a bright pink 1953 Ford Anglia. 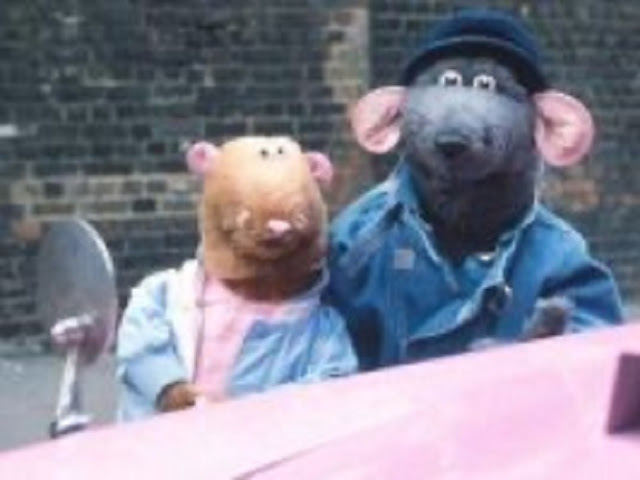 Roland Rat first appeared on 1 April 1983 (Good Friday) on the ailing breakfast television network TV-am, and is generally regarded as its saviour, being described as "the only rat to join a sinking ship". After a couple of months on TV-am, Roland took the audience from 100,000 to 1.8 million. Roland was launched at TV-am by Children's editor Anne Wood to give kids entertainment during the Easter holidays.

Initially, Roland was featured as the host of ‘The Shedvision Show’, ostensibly broadcast from a wooden shack on the roof of TV-am's studios. On the strength of this, Roland was soon given a regular slot every morning introducing cartoons for younger viewers. 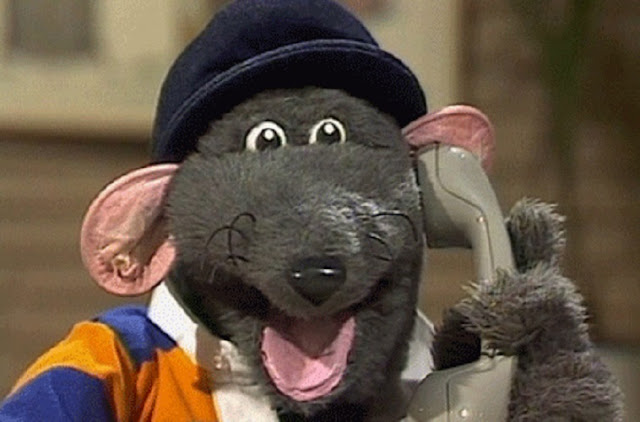 Arguably Roland Rat's golden age on TV-am was the period from summer 1983 until summer 1985. During this period, Roland and friends would feature in a half hour episode transmitted on school holiday weekdays on TV-am from 9.00 am. The school summer holidays of 1983 and 1984 saw ‘Rat on the Road’ in which Roland and Kevin would spend each week in a different town of the United Kingdom. One notable highlight during this period was the visit of Austrian racing driver Roland Ratzenberger who appeared on the show in a motor race against the Ratmobile ending with Ratzenberger's car being sabotaged by his near-namesake.

On 3 October 1985, he transferred to the BBC, for a three-year contract, which ended up being extended to six years. Roland said, "I saved TVam and now I'm here to save the BBC." 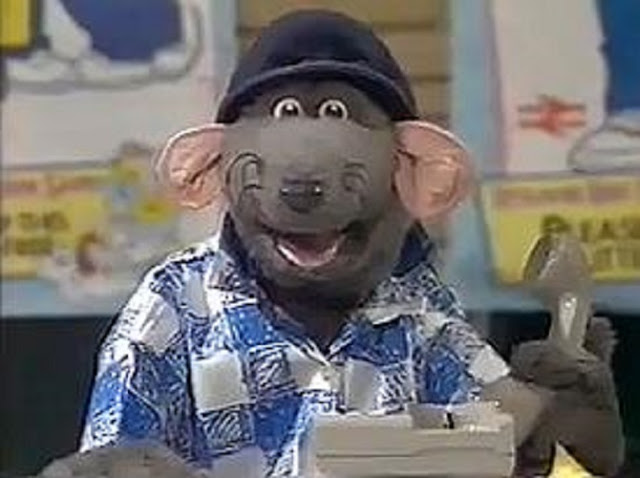 Roland made a number of series during his time at the BBC, most notably ‘Roland Rat the Series’, a chat show set in Roland's sewer home, now converted into a high-tech media centre called the ‘Ratcave the show’ would intersperse the chat show segments with a storyline involving some sort of situation "behind the scenes".

Roland also made two spoof drama series, ‘Tales of the Rodent Sherlock Holmes’, in which he played Holmes with Kevin as Dr Watson, and ‘Ratman’, a ‘Batman’ spoof with Kevin as his sidekick, "Pink Bucket Man". During Christmas 1985, British Telecom operated a free "ratphone" number on 0800 800 800 where fans could listen to Roland's prerecorded Christmas message. 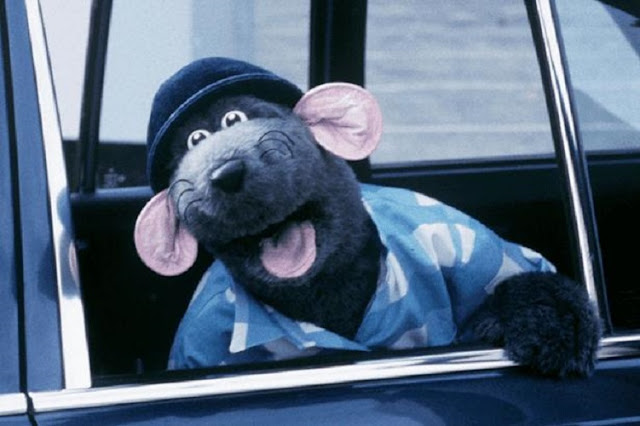 In the late 1990s he made a series for Channel 5, called ‘L.A. RAT’, which featured Roland and friends living in Los Angeles. In 2003 Roland was a guest presenter for ITV children's ‘CiTV’.

Roland appeared on ‘Big Brother UK’ several times, his first being 2004 in a task that involved the housemates playing a version of 20 Questions in order to guess the identity of various celebrities.

In December 2007, Roland Rat appeared on a puppet special of the ‘Weakest Link’ hosted by Anne Robinson which was originally broadcast on Friday 28 December 2007 at 18:00GMT on BBC One. Roland reached the final round with Soo from ‘The Sooty Show’ which went to sudden death after initially drawing with four points each. Roland ultimately lost out to Soo's superior wisdom in the tense final standoff.

Roland appeared in the fourth episode of the second series of ‘Ashes to Ashes’. This appearance was anachronistic, as the show is set in 1982 whereas Roland did not debut until the following year.

On 11 February 2010, whilst making an appearance on BBC's ‘The One Show’ to answer a question about how children's programmes have changed over the years, Roland Rat spent so much time joking about the presenters (Adrian Chiles and Christine Bleakley) that Adrian ended the interview before he answered the question.
I could be wrong about what delineates a TV series the UK, but from the Wikipedia entry above, it looks as though Roland have at least thirteen entries to his qualifications.

So welcome aboard another sinking ship, Roland!  Enjoy your stay in the Hall and have fun hanging around with the other puppet members… no strings attached. 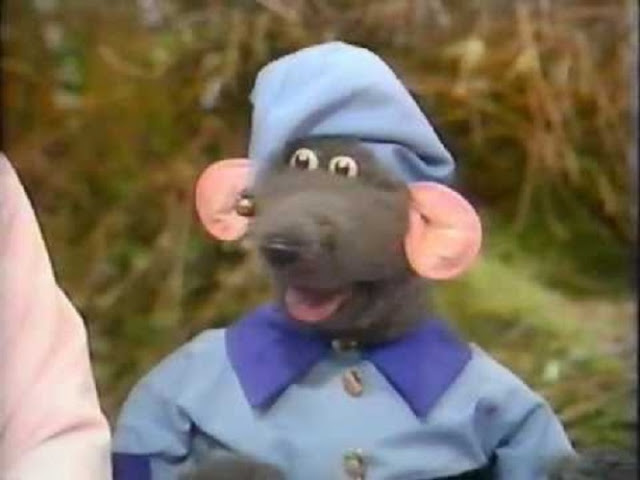 
It has been some time since the Television Crossover Hall of Fame has conducted a Monday Memorial TVXOHOF Tribute.  To be honest, I’d rather not ever have one again.  But that’s not the way of the world.

And after such a hiatus, we have now two memorial tributes to cover.  (The other will be presented next week so that both TV characters get their proper due.)

This week we remember…. 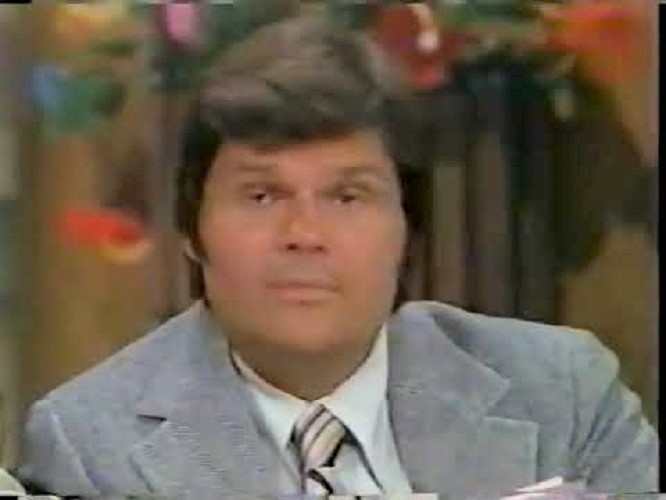 From the Guardian:
The American comedy actor Fred Willard, who has died aged 86, never took top billing on screen, but he found his niche as a scene-stealer in the mockumentaries of Christopher Guest, among others, usually playing characters invested with authority who prove to be inept, clueless or simply unintentionally funny. 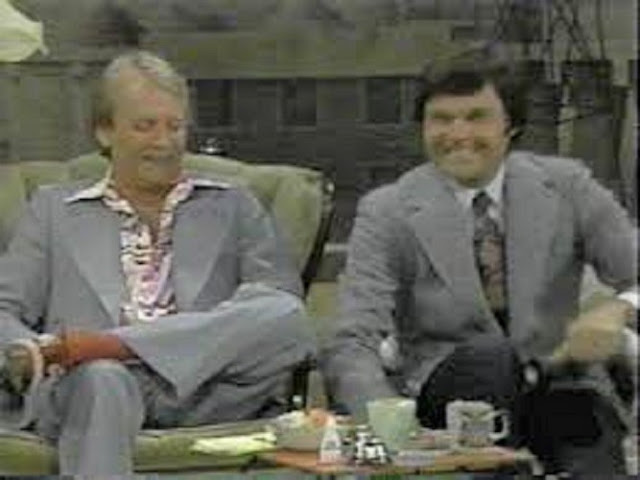 His breakthrough came with ‘Fernwood Tonight’ (1977), a satire on talk shows, when he played Jerry Hubbard, sidekick to Martin Mull’s smarmy host, Barth Gimble, giving a taste of what was to come.

In 1968, Willard married Mary Lovell, a playwright, who died in 2018. He is survived by their daughter, Hope.

From Wikipedia:
[Fred] Willard achieved wider fame in 1977 and '78 as Martin Mull's sidekick and announcer Jerry Hubbard on the ‘Mary Hartman, Mary Hartman’ spinoffs ‘Fernwood 2 Night’, ‘Forever Fernwood’, and ‘America 2-Night’, which parodied the nighttime talk shows of the day. 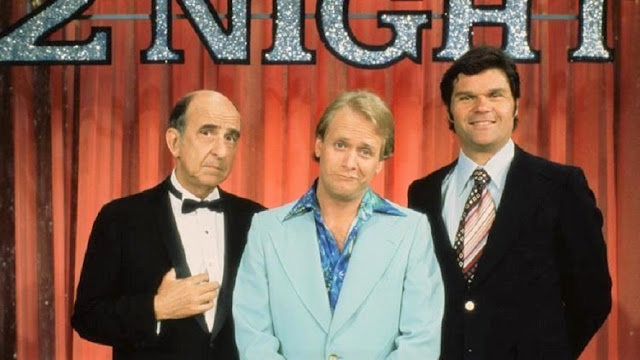 ‘Fernwood 2 Night’ (or ‘Fernwood Tonight’) is a comedic television program that was broadcast weeknights from July 1977 to September 1977. It was created by Norman Lear and produced by Alan Thicke as a spin-off/summer replacement from Mary Hartman, Mary Hartman. It was a parody talk show, hosted by Barth Gimble (Martin Mull) and sidekick/announcer Jerry Hubbard (Fred Willard), complete with a stage band, "Happy Kyne and the Mirthmakers" (featuring Frank De Vol as the dour "Happy" Kyne, and Tommy Tedesco as one of the guitarists). Barth was purportedly the twin brother of Garth Gimble from ‘Mary Hartman’.

Like ‘Mary Hartman’, ‘Fernwood 2 Night’ was set in the fictional small town of Fernwood, Ohio. The show satirized real talk shows as well as the sort of fare one might expect from locally produced, small-town, midwestern American television programming. Well-known actors usually appeared playing characters or a contrivance had to be written for the celebrity to appear as themselves. (In one episode, Tom Waits's tour bus happened to break down in Fernwood.)

After one season of ‘Fernwood’, the producers revamped the show for 1978 as ‘America 2-Night’. In this second version, Barth and Jerry's show moved from Fernwood to Southern California (specifically, the fictional city of "Alta Coma, the unfinished furniture capital of the world!") and was broadcast nationally on the fictional UBS network (presumably a reference to the film Network), whose slogan was "We put U before the BS". The change to a Southern California setting made it more plausible for real-life celebrities to appear on the program as themselves.

In 2001, Mull and Willard reprised their roles in a stage appearance and retrospective at the US Comedy Arts Festival in Aspen, Colorado.

Reruns of ‘Fernwood/America 2-Night’ were broadcast on Nick at Nite from 1990 to 1993 and TV Land in 2002 as part of their "TV Land Kitschen" block, also hosted by Mull and Willard.
(O’Bservation: If I’m not mistaken, they appeared in character.)

Here are the TV series in which Jerry Hubbard provided some off-kilter whimsy to the World of the Toob: 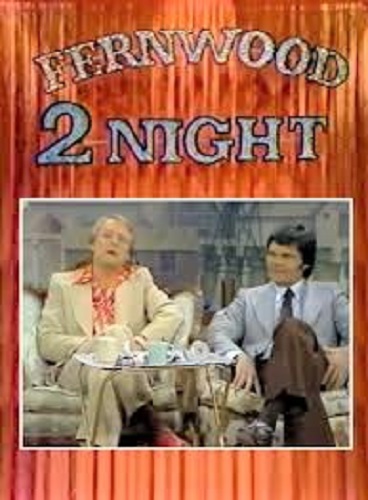 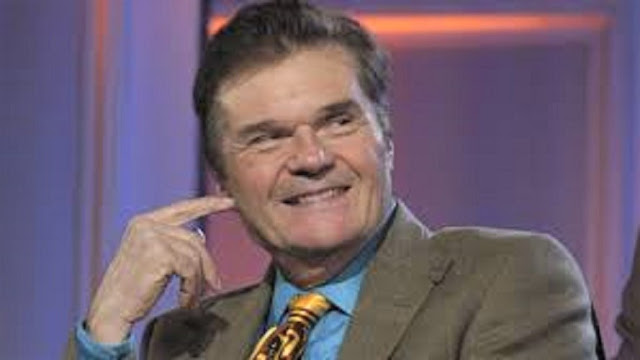 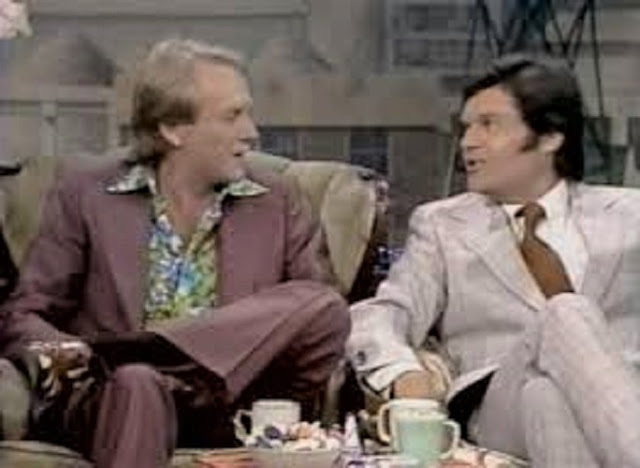 Welcome to the Hall, Jerry!  You’ll find other talk show sidekicks here to pal around with… like Regis Philbin and Ed McMahon


Just wanted to share a message meant for a particular spammer who's been afflicting my posts since February of this year.  I'm sure he'll be seeing it soon....

In keeping with the tenets of the TV Universe,