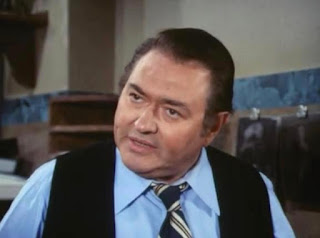 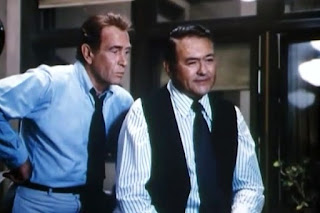 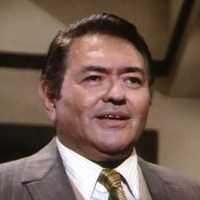 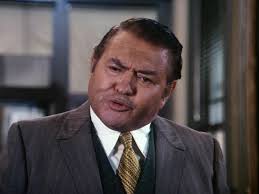 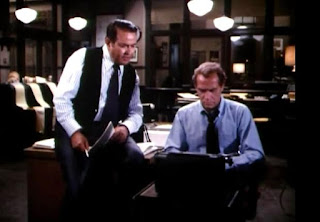 In the first decade of the 20th Century, twin sisters were born in Central City: Winifred and Lillian (their last name unknown.)  Little is known of their early life before both of them got married, save that they had a brother named Carlyle (who married a Communist whom he called "Big Red".)

Winnie married her childhood sweetheart, a WWII vet named Herbert T. Gillis.  He owned and operated his own grocery store in Central City (which by coincidence was not too far from the Twin Cities.)  Herbert and Winnie started a family there, having two sons, David and Dobie.  (If "Dobie" is some sort of abbreviation for a nickname, I have yet to find it out.  I've read the first story about Dobie by Max Schulman, which inspired the series, and he's only known as Dobie in that.  My personal opinion - based on real people named "Dobie" - is that "Dobie" is short for "W" in much the same way "Dub" and "Dubya" serve that same purpose.)

Meanwhile, Lillian married Earl Bakerman and moved with him back to his hometown, that toddlin' town of Chicago.  There she got a job at a supermarket to which she took the bus.  As a reference on her job application, Lillian put down Herbert's name, having worked for her brother-in-law at his grocery store back in Central City.

By the time we met Mrs. Bakerman in 1972, she had been working at that supermarket as a checkout lady for 26 years, which means she had been there since 1946.  (And she never thought the job would last!)

At some point after we first met her, Mrs. Bakerman was rewarded for her years of service by being promoted to the express checkout register.

In December of 1988, the two sisters decided to go on vacation to London so that they might experience a Dickens Christmas.  By that time, both Lillian and
Winifred were widowed - Earl Bakerman had died at some point before 1972, while Herbert T. Gillis passed away in 1985.  After being apart for so long, Lillian and Winnie reconnected at Mr. Gillis' funeral and eventually Lillian moved back to Central City to be closer to her sister as they were getting on in years.

Unfortunately, neither of them lived long enough to see Christmas in London.  They never even got out of Great Britain alive.

From Wikipedia:
December 12 – The Clapham Junction rail crash in London kills 35 and injures 132.

On the morning of 12 December 1988, a crowded passenger train crashed into the rear of another train that had stopped at a signal, just south of Clapham Junction railway station in London, and subsequently sideswiped an empty train travelling in the opposite direction. A total of 35 people were killed in the collision, while 484 were injured.

The collision was the result of a signal failure caused by a wiring fault.

The sisters had been in Basingstoke as part of their tour of Great Britain.  It had been a whim on Winnie's part - after hearing it mentioned by a character in the Gilbert & Sullivan operetta "Ruddigore" performed by the theater group of S. Peter Pryor Community College, she found the sound of the name magical intriguing.

On that fateful morning of December 12, they boarded the 07:18 in Basingstoke, heading to London-Waterloo.  But at Clapham Junction, the signals crossed and the engineer got the red light warning of danger.  And at some point between 08:10 and 08:15, while the Basingstoke train was idling on the track waiting for the confusion to be sorted, the 06:30 from Bournemouth collided with it, causing the wreckage from both trains to then hit an empty train coming from the opposite direction.

Lillian Bakerman was killed instantly.  Winnie Gillis, however, escaped with minor, non-life threatening injuries.  Her sons cajoled their mother to come home to them in Central City for Christmas once she felt strong enough.  Nine days later, she did just that.

She would have lived to see Davy and Dobie again had she just taken any other flight.....

From Wikipedia:
December 21 -- Pan Am Flight 103 is blown up over Lockerbie, Scotland, killing a total of 270 people. Those responsible are believed to be Libyans.

Pan Am Flight 103 was a regularly scheduled Pan Am transatlantic flight from Frankfurt to Detroit via London and New York. On 21 December 1988, N739PA, the aircraft operating the transatlantic leg of the route, was destroyed by a bomb, killing all 243 passengers and 16 crew, in what became known as the Lockerbie bombing. Large sections of the aircraft crashed onto residential areas of Lockerbie, Scotland, killing 11 more people on the ground.

And so, as the year 1988 drew to a close, Winifred Gillis and Lillian Bakerman, twin sisters from Central City, Minnesota, both passed away within days of each other in transportation disasters while in Great Britain.

Coincidentally, a character actress named Florida Friebus (known only for a small role in a movie entitled "Jennifer") also passed away in the spring of that same year.  It was noted by Maynard G. Krebs, a friend of Dobie Gillis, that Ms. Friebus looked remarkably like Dobie's mother and his aunt.  (He had seen "Jennifer" on a double bill with his favorite horror movie, "The Monster That Devoured Cleveland," in the late 1970s.)

Good night and may God bless all three of those women......

O'BSERVATIONS:
1]  So far I have not found any pop culture, TV specifically, references to the rail crash at Clapham Junction.  However, 'Justified' did verify that the tragedy of the Lockerbie crash of Pan Am 103 did happen in Toobworld as well.

Raylan Givens:
I once met a man who made model reconstructions of famous aviation disasters.  Tenerife. Sioux City. Lockerbie. Scaled down fuselages blackened and torn. Little engines and furrowed earth. I don't know. I figure people are entitled to their hobbies and I'm entitled to think those people are creepy.

2]  The TV movie "Bring Me The Head of Dobie Gillis" aired on CBS in February of 1988.  And in that film it was considered that both Herbert and Lillian Gillis were already deceased.

As I established above with my theory, Mrs. Bakerman died on December 12, 1988 and Mrs. Gillis died nine days later.  I stand by that because of a real life fact: Florida Friebus, who played both women, died on May 27 of 1988.  So even she outlived the events of that TV reunion flick.  Had she actually appeared in the movie, I might have reconsidered my options.

To solve this quandary, the easiest splainin is that "Bring Me The Head of Dobie Gillis" did not take place on the Toobworld timeline at the same time as its broadcast.  The movie must be considered to be a revelation of future events, as with many sci-fi series.  On the timeline, we're putting the events of the movie exactly one year later, in February of 1989.

3]  If it turns out that anyone in "Bring Me The Head Of Dobie Gillis" mentions the year as being 1988, then it was a case of them having misspoken.  It was early in the new year and they were probably also still dating their checks wrong as well.

4]  If the 1988 date shows up on screen at any point, that will also be discounted.  Onscreen graphics have no bearing on the "reality" of the events in the narrative.

5]  Also on board the Pan Am 103 flight was the televersion of puppeteer of Bill Mack.  Mr. Mack, both on Earth Prime as well as Earth Prime-Time, had been in the Drama Department of the University of Connecticut and had been a friend of Yours Truly (as well as of my televersion, a 2005 member of the Television Hall of Fame.)  Miss ya, Bill.....

6]  This biographical telemythos for Mrs. Bakerman and Mrs. Gillis is a celebration of actress Florida Friebus.  Today we are remembering her on the 110th anniversary of her birth.

From Wikipedia:
Florida Friebus (October 10, 1909 – May 27, 1988) was an American writer and actress of stage, film, and television. Friebus's best-known roles were Winifred "Winnie" Gillis, the sympathetic mother of Dwayne Hickman's character Dobie Gillis on The Many Loves of Dobie Gillis, and as Mrs. Lillian Bakerman on 'The Bob Newhart Show'.

7] Apparently, Ms. Friebus only had the one theatrical movie to her credit.  Much like Allan Melvin, most of her roles were in television.  The woman gave Winnie and Lillian plenty of identical cousins!