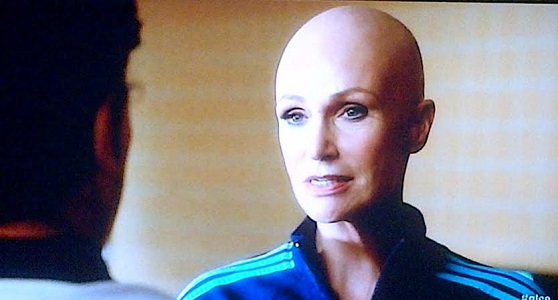 "You'll be very surprised by what Sue 'Lex Luthor' Sylvester
has managed to accomplish."
Sue Sylvester
'Glee'
Superman existed in Earth Prime-Time. 'The Adventures of Superman' were a chronicle of his exploits in the main Toobworld and George Reeves is the official portrayal of the Man of Steel for TV.But his arch-enemy Lex Luthor never appeared on that show; unfortunately, most of the Superman mythos was never adapted for the television medium. However, the villain has appeared in other TV dimensions, mostly in various shows of the Tooniverse. But he was also a regular for the other Supermen in 'Lois & Clark' and 'Smallville'.I've written up my "wish-craft" for who I think would have been perfect for the role of Lex Luthor in the main Toobworld - R.G. Armstrong.Although we never saw him in the show, I believe Lex Luthor did exist in the main Toobworld. And as was the case with Superman, the existence of Lex Luthor as a bald-pated villain was finally known to the general public by the new millennium.And that's why Sue Sylvester was able to make the reference, comparing herself to him.BCnU! 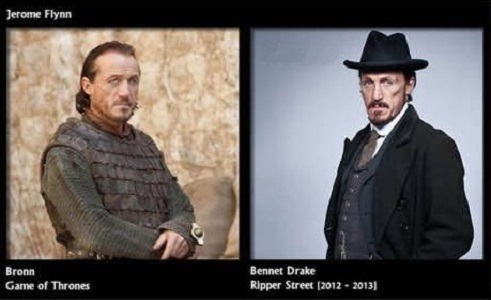 The fifth season of 'Game Of Thrones' ends this coming Sunday - how can ten weeks go by so quickly?

I posited in the past that survivors from the Cybermen take-over of Mondas (the planet on which Westeros can be found) escaped to Earth Prime-Time and became part of the several invading humanoid species who would blend their DNA together to form the Terran humans we see in our TV shows today. 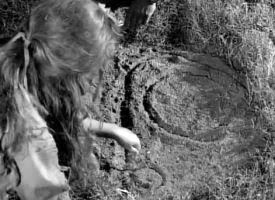 The one survivor from this refugee ship whom we met in a TV show was Eve Norda from the 'Twilight Zone' episode "Probe 7 - Over and Out".  From Captain Adam Cook's attempt to converse with her, we were supposed to accept his assumption that she was the only survivor of her ship.  But I believe that they all survived the landing on Toobworld and that when Eve Norta and Adam Cook walked away together, she was going to lead him straight back to their settlement.

With all of the survivors from that Mondasian refugee ship, there would be enough samples of genetic material that had been passed down through the generations from the times of the seven kingdoms of Westeros.  And once those Mondasians began breeding with the Golgafrincham survivors and other early humanoids who arrived on Earth Prime-Time, those genes would be passed down into the new breed of characters who would populate Toobworld.

And sometimes the combination would be just right to recreate the likeness of characters we know from 'Game Of Thrones'.

Here are just a few examples: 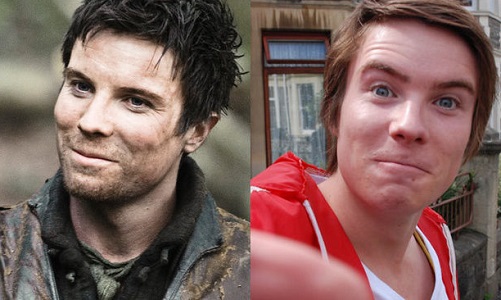 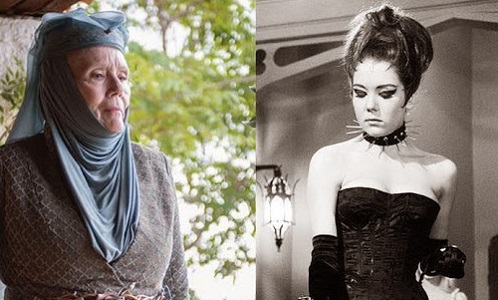 And that's only a few!

This doesn't mean these would be the only "replicants" to resurface throughout the generations of Earth Prime-Time.  Just because Olenna's DNA would recombine for Emma Knight, that doesn't mean it couldn't happen again.

So Diana Smythe ('Diana') would also be a candidate, as would Mrs. Gillyflower of the Victorian era.  There could be multiple echoes of that genetic sequence living at the same time - Bronn's battered visage, seen echoed in the Victorian period with Detective Inspector Drake, could have materialized again in the modern age three times over: 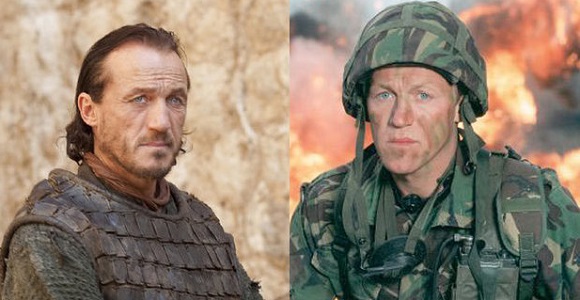 The best thing of all?  It's a theory that can't be disproven... unless the "Walking Dead" army of the White Walkers takes over the whole planet before the Cybermen can even come into being.....

SPLAININ TO DO: "JONATHAN CREEK" AND "SGT. BILKO" 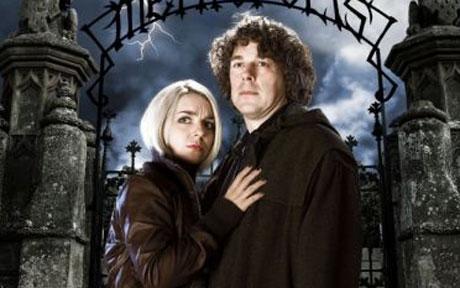 Both Mrs. Gessler and Joey Ross looked at Jonathan as if he had been speaking in tongues.

The magician was making a play on the name, referring to the comic actor Joe E. Ross, who played Sgt. Ritzik on 'The Phil Silvers Show' but who is probably better known as Officer Gunther Toody in 'Car 54, Where Are You?'  (He also played Gronk the caveman in 'It's About Time'.)

In a perfect Toobworld, this reference would never have come up, since the characters of  'Sgt. Bilko' exist in the same world as Jonathan Creek.  But it's like a variation on Andy Warhol's famous statement: In Toobworld, everyone will have their own TV show. 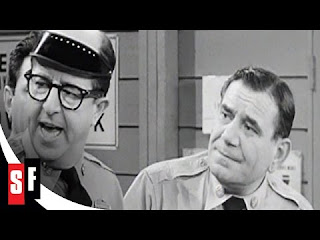 ﻿
At some point, the Army career of Ernie Bilko, master of the Fort Baxter motor pool and master manipulator, must have been deemed worthy of a TV show.   We've seen Bilko get involved with Hollywood types in the past, always trying to take advantage of the situation when they needed expert advice or were filming on location.  Somebody from one of the studios must have remembered this con man extraordinaire when it came time to come up with a new sitcom premise.

So it's pozz'ble, just pozz'ble, that Jonathan Creek saw that sitcom based on the life of Ernie Bilko and remembered Joe E. Ross as Sgt. Ritzik.

Eventually I would have had to come up with a splainin for why there would be a show about Sgt. Bilko in a world where Ernie Bilko actually "lived".  Plenty of other shows referred to Bilko as a TV character:

The Patty Duke Show: The Songwriters (1963)
Richard tells Patty that she "usually has more angles than Sgt. Bilko."

Rhoda: Jack's Back (1978)
Jack mentions falling off his chair laughing while watching the show as his "war injury".

Ballykissangel: Pack up Your Troubles (1998)
Brian is referred to as Sgt Bilko.

The Sopranos: Army of One (2001)
When Tony sees Anthony Junior in a military school uniform, he calls him "Sgt. Bilko." 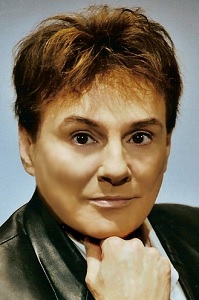 Celebrity impressionist Jim Bailey has passed away at the age of 77.  He was best known for his Vegas act in which he transformed himself into stars like Judy Garland, Barbara Streisand, Peggy Lee, and Phyllis Diller.  He made his mark in Toobworld as well, adding such citizens as:'Ally McBeal'as Harold Dale- Cloudy Skies, Chance of Parade'Night Court'as Chip / Charlene- Best of Friends'Vega$' as Jeremy Welles- The Man Who Was TwiceThe last one I found to be worthy of a theory of relateeveety.  I'm going to claim that Jeremy Welles was another Welles sibling who sought the limelight with tragic consequences.  I've written about his sisters Jenifer and Rosanna, in the past.  Jenifer Welles was a concert pianist who was murdered by her lover, the conductor of the orchestra for which she played.  ['Columbo' - "Etude In Black"]  And Rosanna (who changed her last name to "Wells") was a lounge singer working for a cruise line.  ['Columbo' - "Deadly Waters"]

Because only a year separates Jim Bailey from Anjannette Comer, I'm going to claim that Jeremy and Jenifer were twins.)Jeremy was under threat of death, but Dan Tanna was able to rescue him from his own worst enemy......Looking through Mr. Bailey's credits on 'Old Reliable', the IMDb, I thought I had a case made for his inclusion into the Television Crossover Hall Of Fame as a member of the League of Themselves, without cheating by bringing in his appearances on variety programs like 'The Carol Burnett Show'.Here were the three candidates for qualification, as listed by the IMDb:'The Rockford Files' Himself- Just a Coupla Guys'Switch' Himself- The Lady from Liechtenstein: Part 1 (1976) ... Himself- The Lady from Liechtenstein: Part 2 (1976) ... Himself'Here's Lucy'Himself- Lucy and Jim BaileyThose last two were easy enough to prove, but I watched that episode of 'The Rockford Files' on Netflix and couldn't find Jim Bailey anywhere in it.  I may have missed him in a VERY quick cameo, but I'm thinking this was more of a case in which another actor was confused with him.  (In this instance, probably Greg Antonacci.)  However, it could be that he appeared in "The Jersey Bounce", the other 'Rockford' episode which featured Antonacci and Gene Davis as Eugene Consigliaro and Mickey Long, respectively.I have yet to check that out.In the meantime, I hope you enjoy these clips of Mr. Bailey in Toobworld:


USA Network is coming up with their own version of a 'Curb Your Enthusiasm' type of sitcom in which a celebrity plays him/herself in a fictionalized version of their life.  'Seinfeld' is another example.  And although the show was not centered on them, 'It's Like... You Know' with Jennifer Grey and 'Half Nelson' with Dean Martin would examples as well. 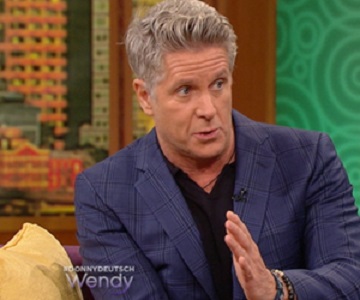 'Donny!' focuses on Donny Deutsch, who ran his own advertising firm and has appeared on 'Today', 'Morning Joe', 'The Apprentice', and he hosted his own talk show on CNBC called 'The Big Idea'.  In the new show, his televersion hosts a daytime talk show called 'Donny!'

"On camera, he is an expert on every topic, from cellulite to sexting; off-camera, he’s a filterless rogue who lives in entertaining contrast to almost everything he espouses publicly. Surrounding him is a team of women who work tirelessly to cover his tracks, but he still finds a way to make bad decisions with good intentions."

Other characters in the show will be Jackie, his top assistant at the production company for the show and Violet who is the newest member of the team.  And on the show he will have a son named Jagger, whereas in the Real World he has two daughters.

Labels: As Seen On TV, League of Themselves, Life During Prime-Time, Tele-Folks Directory, Twipped from the Headlines

'MURDER, SHE WROTE'
"MENACE, ANYONE?"

So the IMDb has done it again. 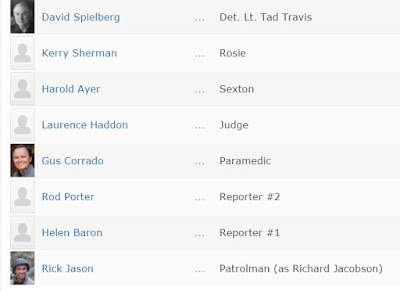 "Ol' Reliable" claimed that Rick Jason - who played Lt. Gil Hanley in one of my childhood faves, 'Combat!' - played a Patrolman in this episode.  I had consulted the site as the episode began because I recognized the tennis match judge as Laurence Haddon (whom I knew from 'Mary Hartman, Mary Hartman' & 'Lou Grant'.)  But as he had only two lines at most, I thought I must have been mistaken.  So when I saw Rick Jason listed, I figured the episode might have other cameos as well. 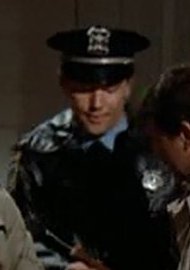 So I kept an eye out for the patrolman to show up and even under the cover of darkness and wearing his cap low to his eyes, I knew that wasn't Rick Jason.  And the final credits proved me right. 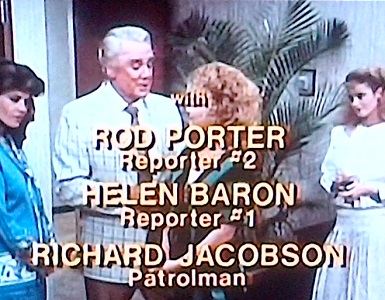 But then I did some research and found out that Richard Jacobson was Rick Jason's real name.  Perhaps when he felt the role wasn't big enough, he acted under his real name instead.  And the more I look at that screencap of the Patrolman, the more I wonder if that really could be Rick Jason.

What do you think?

Oh, by the way, that was Laurence Haddon as the line judge.  Since his character had no name given, perhaps I can make the claim that he was one of his other characters from some other appearance - preferably one that was taking place in Boston as well......

Labels: As Seen On TV, By Any Other Name, Game of the Name, La Triviata, League of Themselves, Mailing Toob, O'Bservations, Outside the Box

VIDEO SUNDAY - "FRIENDS" AROUND THE WORLD