In October, the Television Crossover Hall of Fame usually honors some TV character who not only has fulfilled the requirement of appearances in three different shows, TV movies, or commercials, but also is scary AF… some kind of monster.

I think we’ve got a good candidate this year…. 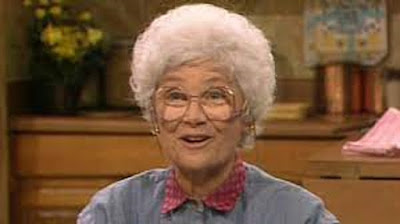 SOPHIA PETRILLO
“Though she be but little, she is fierce.”
But if you need a stronger connection to Halloween, here she is in costume.... 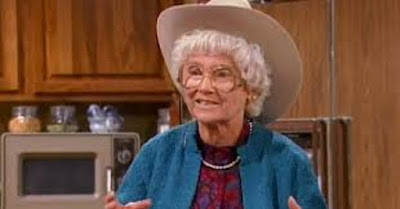 Because her stroke destroyed those mental circuit breakers, she does not hold back with what she says.  You do NOT want to be on the receiving end of her barbs.
The last time we had a character like this who could instill fear in those around them, I think it was Frank Barone of ‘Everybody Loves Raymond’. 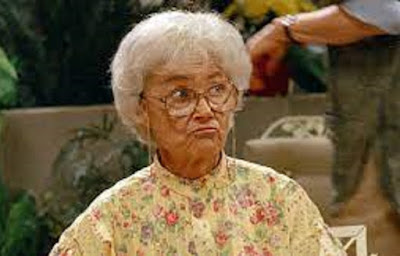 From Wikipedia:
Sophia Petrillo is a character from the sitcom television series 'The Golden Girls' and its spin-offs 'The Golden Palace' and 'Empty Nest'. She also appeared in episodes of the series 'Blossom' and 'Nurses'. Her character was played by the actress Estelle Getty for 10 years and 258 episodes. 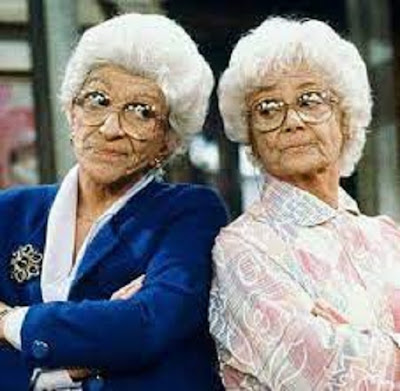 Sophia Grisanti was born in Sicily to Angelo and Eleanor Grisanti. She had a sister Angela, a sister Regina and a brother Angelo. Although another brother was mentioned, he was unnamed and only spoken of a few times. Dorothy mentions an "Uncle Vito" in Season 2 but it is unclear whether he is Sophia's brother or the brother of her husband, Salvadore.

In the first episode of 'The Golden Palace' (1992) Sophia's was said to be an 87-year-old who experiences flashbacks to her younger life in Sicily, depicting herself as a young peasant girl having multiple romantic affairs earlier in life (1912 and 1922). However, in another Season 2 episode "And Then There Was One", Sophia claims she had been "walking since 1904." These discrepancies are likely due to age-related cognition errors or are possibly just dramatic licenses taken by the show producers.

She moved to New York which left her with no accent to show she had grown up speaking the Sicilian language. Instead, she sports a Brooklyn accent with a fast speaking pace which often contributed to the humor in her one-liners. 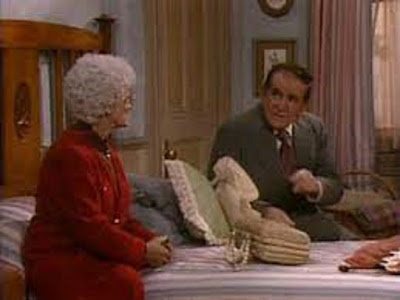 Sophia later married Salvadore "Sal" Petrillo (played by Sid Melton in flashback) and had three children with him: Dorothy, a divorced substitute teacher; Phil (an unseen character), a cross-dresser with a wife named Angela; a welder with several children who lived in a trailer park in Newark, New Jersey, but who later died of a heart attack during the series, and Gloria (played by Doris Belack and later Dena Dietrich), who lived in California and married into money but later lost her husband to an unknown cause. She remained with Salvadore until his death from a heart attack. In a 1985 episode, Sophia mentions that Sal died 30 years earlier. However, in a 1988 episode, it is stated that Sal died 27 years ago. 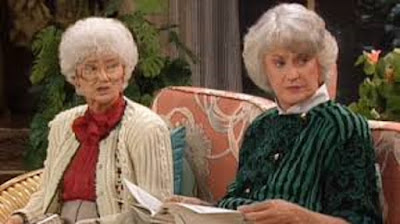 In her later years, Sophia suffered a stroke - the effects of which are said to be a partial explanation for Sophia's blunt, uncensored, and brazen remarks. She was subsequently placed in Shady Pines Retirement Home by her daughter, Dorothy. 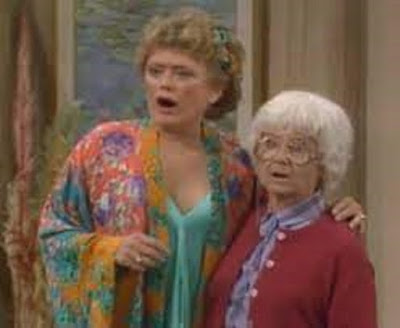 However, after Shady Pines was damaged in a fire, Sophia moved in with Dorothy. Sophia didn't have many good things to say about "the home,” alluding to poor treatment by the staff many times. Dorothy sometimes threatened to send her back there if she was "behaving badly". 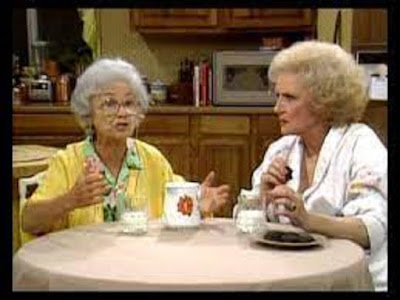 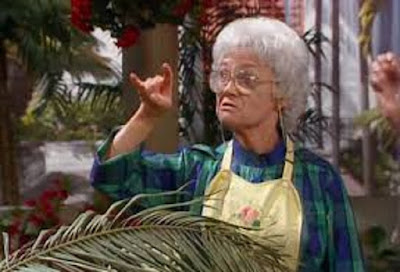 Sophia believed strongly in ancient Sicilian custom and traditions, and in the power of a "Sicilian curse." The list of people she claims to have "cursed" include Shelley Long, the Baltimore Colts, the New York Jets, Giuseppe Mangiacavallo (the boy who stood her up at the altar), and Leonard Barton (the girls' next-door neighbor who expressed disdain for Italians, played by Gordon Jump). She has threatened to cast a curse on Dorothy (before she found that it was prohibited by another arcane custom), and on Stan Zbornak. In the final season, Sophia spent two episodes doing odd tasks in order to save Dorothy from an ancient curse from a Sicilian Strega, or witch. 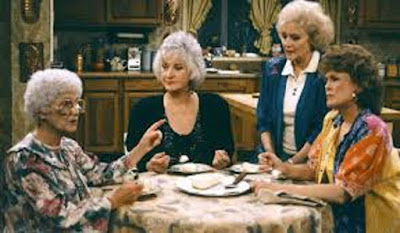 In the series finale of 'The Golden Girls', Sophia, after initially deciding to follow the now-married Dorothy out of the house, turns back and decides to stay with Rose and Blanche, which sets up the transition to 'The Golden Palace'. When Rose, Blanche, and Sophia invest in a hotel, Sophia is installed as one of the two chefs, specializing in Italian cuisine while the hotel's previous chef, Chuy Castillos (Cheech Marin), handles Mexican food.
Sophia begins to show signs of senile dementia, usually in comical situations (for instance, she is shown to be standing still and apparently unconscious while attempting to operate a vacuum cleaner), and her bluntness is toned down to a certain extent. In the episode "One Angry Stan" she is the only one to witness Stanley Zbornak after he fakes his death to avoid tax troubles; the fact that no one else sees Stan in these episodes (he ducks out of sight whenever someone else enters the room), coupled with Sophia's increased senility, make it unclear whether or not Stan is really alive or if Sophia is hallucinating Stan's appearance.

After the events of 'The Golden Palace' (which ended without a series finale), Sophia returns to the Shady Pines nursing home, joining the cast of 'Empty Nest'.

Outside 'The Golden Girls', Sophia appears on two episodes of 'Empty Nest' ("Libby's Gift" and "Windy") before becoming a regular for the final two seasons. She also appears on the 'Blossom' episode "I Ain't Got No Buddy" and the 'Nurses' episode "Temporary Setbacks".

Here are the shows which qualifies Sophia to be in the TVXOHOF: 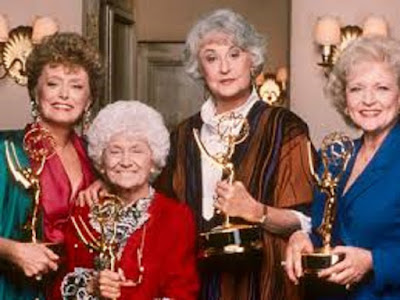 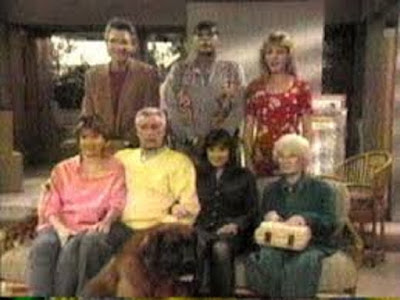 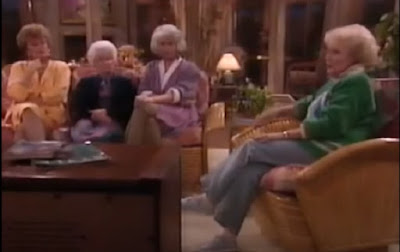 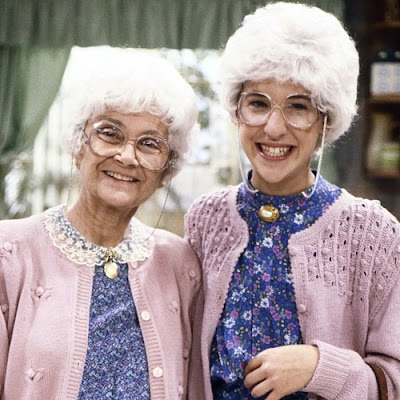 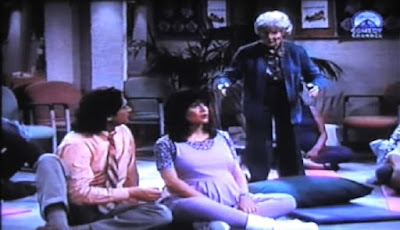 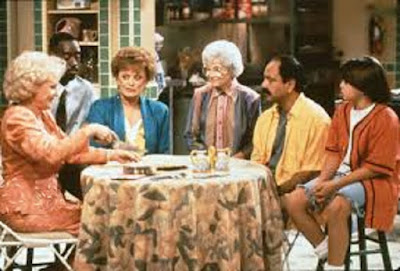 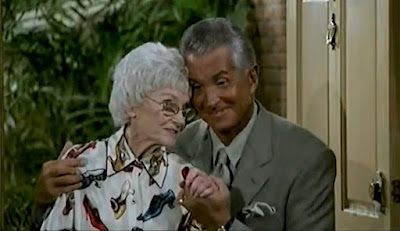 In the last episode of the first season, Estelle Getty showed up as "Sophia Gates".

According to the IMDb:
Reunites former 'The Golden Girls' (1985)/ 'The Golden Palace' (1992) co-stars: Betty White, Rue McClanahan, and Estelle Getty. Only Getty portrays her old "Golden" character, however.

It had been seven years since she was seen in Toobworld.  Her second husband, Max Weinstock, probably died a decade earlier.  So "it's poss'ble, just poss'ble", that she remarried... to a man named Gates.  (Betty White played Alfred Molina's mother throughout the series.  And Rue McClanahan played Aunt Lou in this episode.) 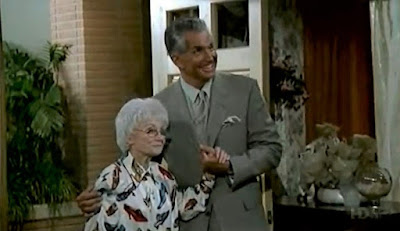 But the gigolo played by George Hamilton thought she was Bill Gates' mother.  Passing herself off as such could have been a sign of her growing dementia.  Or she could be a totally different character, a con artist. (The show was taking place in Los Angeles, after all, the other side of the country from Miami.)
For now, I'll leave it as a possibility that she was Sophia Petrillo.  It's not like this episode is necessary for her inclusion in the Hall.

Welcome aboard, Sophia!  And Happy Halloween!
Can we trust you in making a speech without getting nasty? 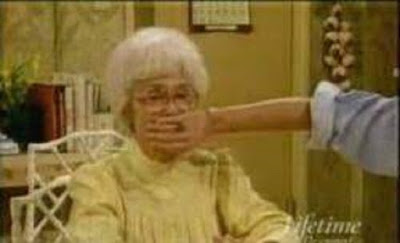