AS SEEN ON TV - DAMOND JOHN OF 'SHARK TANK'

Labels: Alternateevee, As Seen On TV, League of Themselves 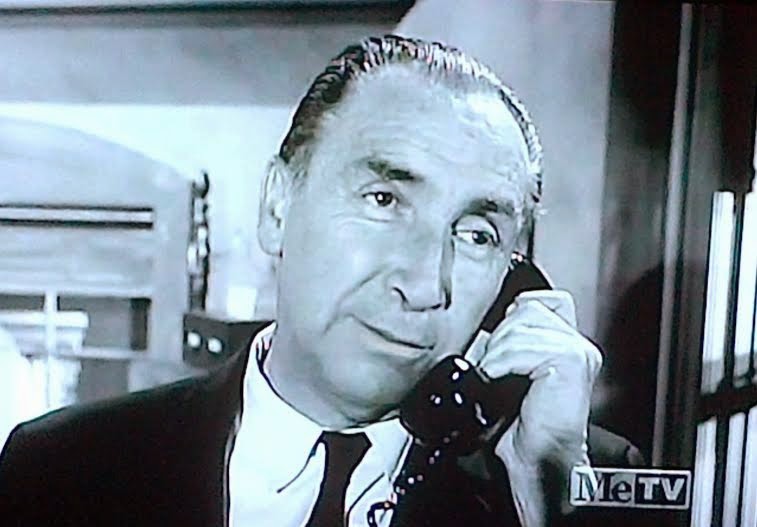 Detective Frank Arcaro had been canvassing transient hotels all over Manhattan is search of a psychiatrist who may have been kidnapped by two Las Vegas showgirls. Exhausted from the effort, Arcaro called in to his boss, Lt. Mike Parker of the 65th Precinct. Unfortunately for Arcaro, Lt. Parker just received a picture of the psychiatrist and so the detectives would have to pick up copies and make the rounds again. Arcaro didn't know where he would find the strength to go through it all again....

"Where are you going to find the energy?" Parker barked over the phone. "Have a lollipop!"

This may have been the type of advice Parker gave to all of the young detectives on his watch, and one of them may have taken it to heart.

Theo Kojak later transferred to the 11th Precinct in Manhattan, where he became known for his sartorial savvy and the omnipresence of his lollipop. 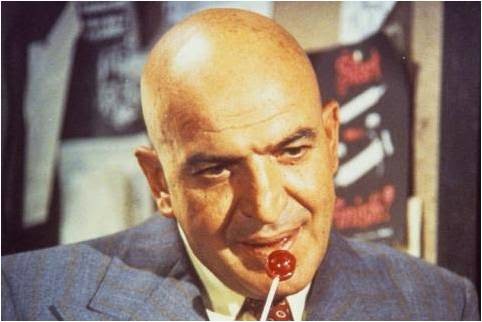 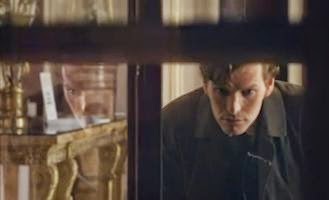 The Oxford police were investigating three separate cases in 1966 which DC Endeavour Morse sensed all tied together. One of these was a break-in and robbery of items from the second Wolvercote trove at Balfour College.  There was mention of a belt buckle from that same era which was being held in another collection. 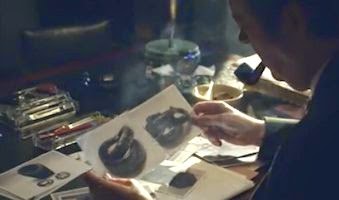 That belt buckle figured in a different murder mystery that preceded this episode - in the real world.  But on the Toobworld timeline, it would happen afterwards.  In "The Wolvercote Tongue", an episode of 'Morse' set in the 1990s, the Wolvercote Tongue was the driving cause behind several murders. 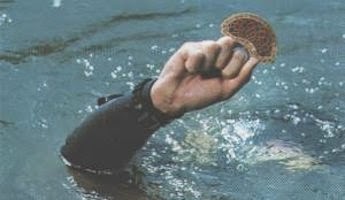 SPECIAL GUEST APPEARANCE RE: THE OTHER SEVEN CASTAWAYS


Here's a Toobworld theory by Gordon Long, which was passed along by Christofer Nigro, the major domo of the shared universe known as "Wold Newton Beyond":


On the OTHER 'Gilligan's Island', the one seen in the pilot (which is not in the primary Toobverse or the TVCU, since it was not aired until decades after the series ended) with a different 'Professor' (actually a hunky high school science teacher) and two secretaries Ginger and Bunny (only the Skipper, Gilligan, and the Howells were the same) is actually ANOTHER island with castaways.

In one first season episode, the gang hears on the radio that the crew of the SS Minnow was sighted and would be rescued soon....only to find out it was a different SS Minnow, on a different island--and they'd been marooned for 11 years!!!

I believe that the rich couple on that island is actually the Powells. In another episode from the second season, they hear via the radio that the entire Howell fortune is gone---causing Thurston much angst---but at the end, hear that it was really the Powell fortune. I think that the Powells were out of touch with civilization so long, that not long after they got back, their fortune crashed.

Another part of the hypothesis has it that Gilligan and the Skipper from the pilot are related to the Fearless Crew that we know and love.  And that would work in a Patty Dukish "identical cousins" kind of way.  It's accepted that the series Gilligan's first name was Willy, so the Pilot Gilligan could have any other first name.  Likewise, the Skipper of the Series was Jonas Grumby, while the Skipper of the Pilot doesn't even have to share the same last name.

As for the other Ginger, she was a secretary not a movie star so there's no problem there..... 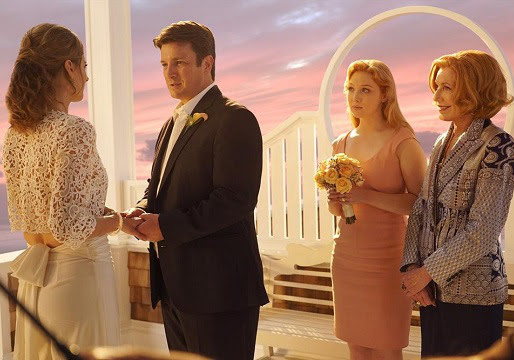 Michael Ausiello posed these questions to his team of Ausholes:

Did Castle get married on the set of Jane the Virgin’s telenovela? And did brunette alt-Alexis remind you in the slightest of Camilla Luddington? Also, are we to infer that in the AU, The Wire’s Detective McNulty worked for the NYPD and enlisted Rick to solve the copycat murders?

I'm only qualified to give my own answers/interpretations to two of those questions.....

'Castle' takes place in an alternate TV dimension from Earth Prime-Time because of the black mayor who used his influence to get his friend Rick Castle "observer" status with Detective Kate Beckett's team at the 12th Precinct.  Because Mike Bloomberg was the real NYC mayor at the time and has appeared as himself in several Toobworld-based shows, 'Castle' had to go.

But that doesn't prevent other TV shows from having counterparts in that alternate world as well.  And even if the characters from 'Jane The Virgin' don't exist in Castle's world, what's to stop that telenovela from being broadcast there as well?

Rick Castle has a lot of influential friends in all strata of society, including the television business.  So it would have been no problem for him to get his wedding "staged" on the set of that show.

Detective McNulty is definitely in the world of Earth Prime-Time and would have been working for the police department in Baltimore.  But he could have a doppelganger in Castle's dimension as well.  It's not so unbelievable that a cop from Baltimore should be working for the NYPD. 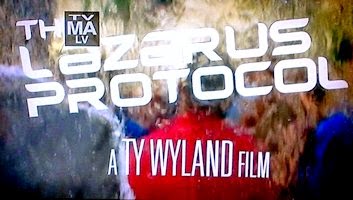 'You're The Worst'
"Constant Horror And Bone-Deep Dissatisfaction"

"The Lazarus Protocol" was a movie directed by Ty Wyland which featured a song on the soundtrack by Gretchen's PR client, rapper Honey Nutz.

The title of the movie is similar to the tried and true formula of the Robert Ludlum novels like "The Bourne Identity", "The Rhinemann Exchange", "The Osterman Weekend", etc.  (The only major disappointment in sales came when he left the formula - "The Road To Gandolfo".)

But we don't have to say that "The Lazarus Protocol" was based on a book by Ludlum's televersion.  There was another writer seen only in Toobworld who must have been patterned after Mr. Ludlum - Richard Laidlaw. 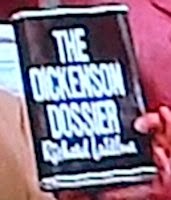 Richard Laidlaw wrote thrillers with the same type of title - one seen in the episode was "The Dickenson Dossier".  He hired the Remington Steele Detective Agency to ferret out the embezzler in the Mystery Writers' Guild who stole the group's fortune.

I could see "The Lazarus Protocol" as being one of his tomes.  And as for the subject matter?

'Doctor Who'
"The Lazarus Experiment"

I wish I could say the original book was based on the scientific debacle caused by Professor Richard Lazarus.  But that happened in 2008 and while it's pozz'ble, just pozz'ble that a book was written about those tragic events (and then a movie made for release in 2014), I don't think Richard Laidlaw would have penned it: Laidlaw died in 1988, twenty years before Professor Lazarus' failed experiment regarding immortality.  (I usually assume TV characters die around the same time as the actors who played them, if they were concurrent.)

UNDERSTATEMENT OF THE FALL TV SEASON