'Agent Carter' is returning to ABC on January 19th for its second (mid)season.  Because it is so closely tied to the Marvel Cinema Universe, the series must take place in Comic Book Toobworld.  And that means we don't have access to Peggy Carter or Howard Stark's butler Jarvis in the main Toobworld.

But just because a superhero had his or her origins in comic books, that doesn't mean they are automatically relegated to that alternate Toobworld.  Earth Prime-Time has been home to the following shows:
And there are more.  Comic Book Toobworld is home to the new version of 'The Flash', 'Arrow', 'Supergirl', 'Agents Of SHIELD', perhaps 'Gotham', maybe 'Lois & Clark'.  But that is contingent on developments in any of those pre-mentioned series.

So far I see no evidence that Agent Peggy Carter existed in the main Toobworld.  For alls I know, she may have died in service during World War II.  We haven't seen Jarvis either, but I think we may have a hint that he could have been - perhaps still is! - living in Earth Prime-Time. 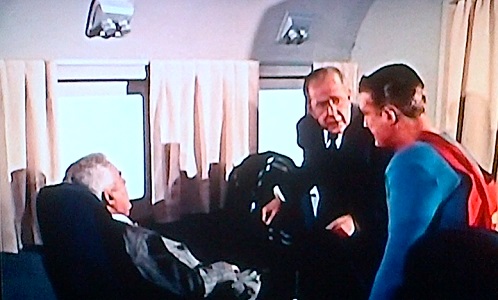 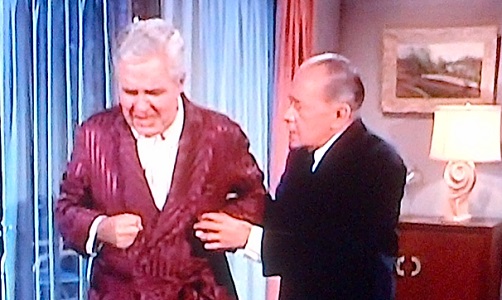 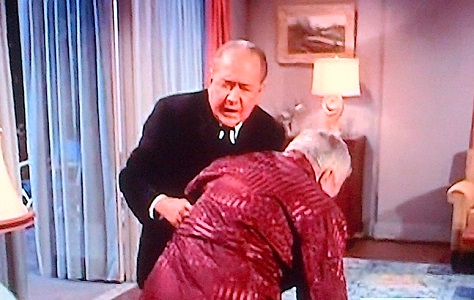 Under great mental pressure due to his involvement in an upcoming trial of a mob boss, Daily Planet publisher Perry White came to rely more and more on his butler... who was also named Jarvis.

Age-wise, this couldn't be the counterpart to the Jarvis from 'Agent Carter'.  (Tele-genetics wouldn't be a factor.)  However, we could make the claim that the old butler had a son who looked exactly like the Stark valet.  And who knows?  Maybe he was working as a gentleman's gentleman as well (although it would be doubtful that he led the life of derring-do undertaken by Agent Carter's "sidekick.")

So we can't prove it.  Shrug time.  That's why these are always theories of relateeveety. 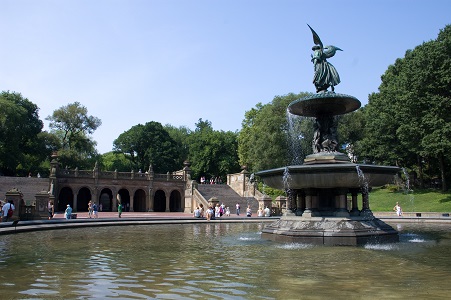 From Wikipedia:
Bethesda Terrace and Fountain overlook The Lake in New York City's Central Park. The fountain is located in the center of the terrace.

Bethesda Terrace is on two levels, united by two grand staircases and a lesser one that passes under Terrace Drive to provide passage southward to the Elkan Naumburg bandshell and The Mall, of which this is the architectural culmination, the theatrical set-piece at the center of the park. The upper terrace flanks the 72nd Street Cross Drive and the lower terrace provides a podium for viewing the Lake. The mustard-olive colored carved stone is New Brunswick sandstone, with a harder stone for cappings, with granite steps and landings, and herringbone paving of Roman brick laid on edge.

Something of such architectural beauty would make its mark in Toobworld:

Those shows all take place in Earth Prime-Time.  But over in Comic Book Toobworld, it was the site of one of the most grisliest murders seen this season - as a man controlled by Kilgrave put gardener's shears into his mouth and then fell forward so that they poked out the back of his skull.  (It just wasn't grisly enough to be the Toobits Award winner.)  This happened in "AKA Take A Bloody Number", the penultimate episode of the series.

In the TV dimension of ToobStage, the angel of the fountain was a focal point in Tony Kushner's play "Angels In America" which was aired on HBO.

Lois Akers:
He didn't just want to leave; he wanted to vanish.
DS Sandra Pullman:
Vanish?
Danny Griffin:
Like Lord Lucan?  Reggie Perrin?
'New Tricks' - "Into The Woods"
Danny spoke of both men equally as his references.  Since Lord Lucan was a historical figure from the real world, and therefore real in Toobworld as well, then great sitcom character Reggie Perrin must be considered in the world of 'New Tricks' as well.  (This would be counted toward Reggie's qualifications toward possible membership in the TVXOHOF.) 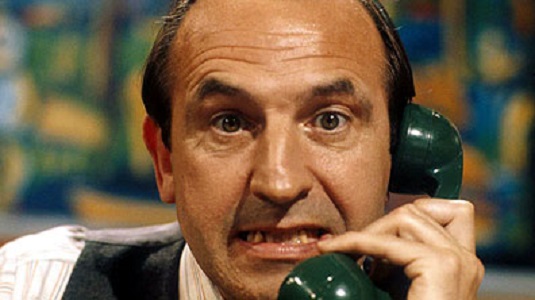 And for the Toobworld Dynamic, any mention of Reginald Perrin in other TV shows which are set in Earth Prime-Time would be a reference to his original incarnation - played by Leonard Rossiter in 'The Fall And Rise Of Reginald Perrin' back in the late 1970s.  All respect to Martin Clunes, but his recastaway belongs in the Land O' Remakes.  (As far as I know - I have yet to see it and it could be of a Reggie Perrin Jr.)

Based on the incessant modern Christmas songs playing in the lobby of the "That Place", 'tis the season, so I'm feeling charitable with the TVXOHOF membership handouts. This is supposed to be the year of the British Invasion and we have two final entries that will fit the bill. But we did make a few exceptions during the year to mark special occasions - the 80th birthday of Robert Conrad, the deaths of Leonard Nimoy and Dick Van Patten - so why not celebrate the 70th birthday of Bette Midler as well? (She turned 70 on the 1st.) 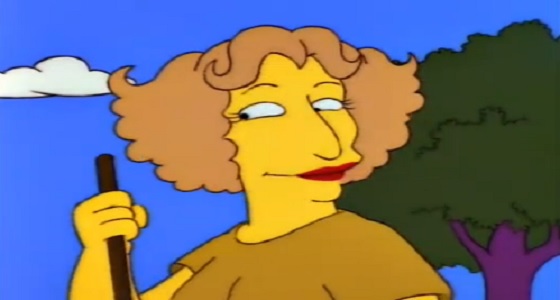 She had her own eponymous sitcom a few years back in which her Toobworld husband was transformed into a recastaway. She also appeared in a few sitcoms as herself, as well as a "mockumentary" and over in the Tooniverse as well. More than enough to merit a place in the Hall.....

The Nanny
- You Bette Your Life

The Simpsons
- Krusty Gets Kancelled


TJ Henderson:
I was thinking we could do the Lizzie Borden murder case.

TJ Henderson:
Well actually she killed her parents,
but 100 years ago people didn't think a woman could do something like that,
so the jury let her off.

Janice:
Those were the days.

TJ Henderson:
Yeah, people even made up a little song about her.
"Lizzie Borden took an axe, gave her mother 40 whacks,
when she saw what she had done, she gave her father 41".
'Smart Guy'
"Diary Of A Mad School Girl"

On December 2, 1892, Lizzie Borden was called before the inquest into her parents' murders in Fall River, Massachusetts.  It has never been conclusively proven that she actually weilded the axe which killed them and other suspects have included her sister Emma, her maternal uncle, and her father's illegitimate son.  Lizzie was tried but acquitted.

Lizzie Borden's story has been told many times on television and most of those versions have been relegated to other TV dimensions.  Perhaps the most famous version was a 1975 TV movie starring Elizabeth Montgomery, which I think should be in the "Movie Of The Week" TV dimension.  For evil Toobworld, I would suggest using the 'Alfred Hitchcock Presents' episode since it posited that Emma Borden was definitely the killer.

But for the main Toobworld, I'm going with the TV series and television movie which starred Christina Ricci.  TV series are always going to get preference in Earth Prime-Time.  And because it didn't deal with Lizzie herself but events surrounding the Borden house, the 'Supernatural' episode remains in the Earth Prime-Time mosaic for the story.

Here are the various incarnations of the Lizzie Borden story, compiled by Wikipedia:

"The Older Sister", an episode of 'Alfred Hitchcock Presents', aired on 22 January 1956, presents the alternative theory that Lizzie (played by Carmen Matthews) covered for her older sister, Emma, the actual murderer.

"Legend of Murder: The Untold Story of Lizzie Borden" (1961), an episode of 'Armstrong Circle Theatre' broadcast on 11 October 1961 starring Clarice Blackburn (who later starred on ABC-TV's 'Dark Shadows') as Lizzie.

"The Legend of Lizzie Borden", a 1975 ABC film based on the case. It speculated that the title character (played by Elizabeth Montgomery) had committed the murders naked, thereby leaving no bloody clothing in evidence. Elizabeth Montgomery and Lizzie Borden were sixth cousins once removed, both descending from 17th-centuryMassachusetts resident John Luther.

'Friday the 13th: The Series' (1987-1990) had an episode named "Wax Magic" with Lizzie Borden played by actress Susannah Hoffman.

A 1998 episode of 'Smart Guy' made numerous references to Borden. In the episode, the main character (T.J.) works on a school project about her.

"Lizzie Borden Took an Ax", a U.S. television movie that premiered on Lifetime on January 25, 2014 with Christina Ricci in the title role.

'The Lizzie Borden Chronicles', a limited series and sequel to the above TV movie that premiered on Lifetime on April 5, 2015 (with Ricci again playing Lizzie), which presents a fictional account of Lizzie's life after the trial.

"Thin Lizzie", an episode of the TV series 'Supernatural', is centered around a possible haunting of the house where the murders took place.

So, for the main Toobworld, right now the following Lizzie Borden stories are part of the timeline:
All of the rest can be relegated to other TV dimensions..... 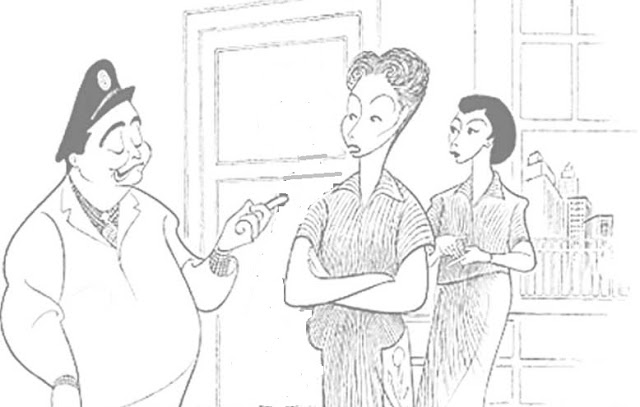 Today marks the 26th anniversary of the Day Without Art, remembering those in the arts, like Keith, who have lost their lives due to AIDS, and hopefully inspiring positive action against the scourge.

So this is my version of a day without "Art".  I apologize to the memory of the original artists, Al Hirschfeld and George Wachsteter, for using their artwork.

It will be twenty years next year since Keith Belli left the real world.  I'd like to think he's still around in my Toobworld. 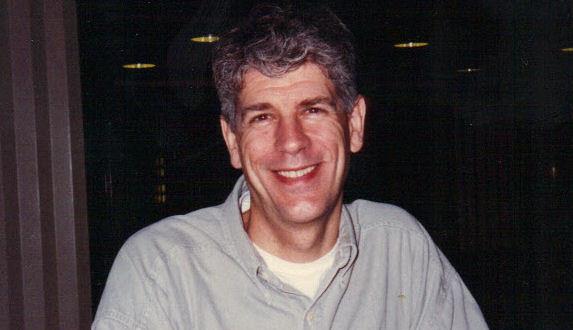 Labels: Hat Squad, My So-Called Life, Outside the Box, Splainin 2 Do, TV timeline, Twipped from the Headlines 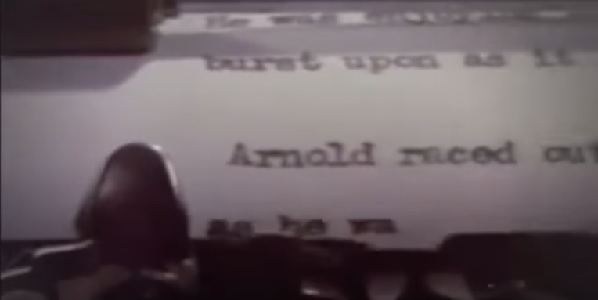 In the opening credits of 'Murder, She Wrote', we see the same sentence being typed each week: "Arnold raced down the stairs".  (At least that's when Jessica Fletcher was still using a typewriter.  Not sure what she was typing once she switched to a word processor.)

I think it's safe to assume that Jessica was paying tribute to the assistant librarian at the Cabot Cove library, Arnold Lummis.  After all, he let her stay after hours to do her research and even trusted her to lock up the place herself. 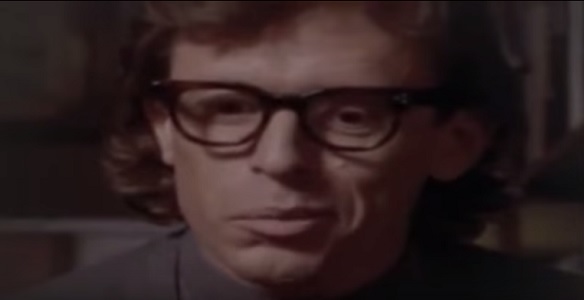 
If you think you ate too much on Thanksgiving, here's my recommendation for how to burn off those calories......