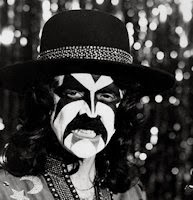 The person who wrote this appraisal of the life and career of Deacon Dark and the tragic aftermath is a televisiologist after me own heart, a true "mythographer".

THEORY OF RELATEEVEETY: GETTING TO THE BASEHART OF THE MATTER


In a story about identical triplets played by Honor Blackman in Toobworld, I mentioned twin brothers Nicholas Frame and Harriman Nelson.  (Nicholas changed his last name to Frame for his acting career.)

I believe I have found another member of that family, their maternal uncle Miles Crawford.  Until the early 1940's, he had been a leading star of the cinema in Hollywood.  But he only made one movie in 1943 after having appeared in twelve pictures in 1942. 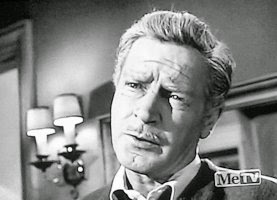 (Uncle Miles was probably influential in Nicholas' choice of career.....)

Realizing that his acting career was on the wane, Crawford turned to the study of the Law and eventually got his license to practice law in New York.  This career change helped him get closer to his son Tod... but only so far.....

One of the movies in which Crawford starred was "We The Guilty" in which he played a lawyer named Collins.  His remembrance of Collins' final speech to the jury may have proved a factor in the murder case against his son.....


Malcolm and Louis Garnett were twin brothers born in 1908 in New York City. 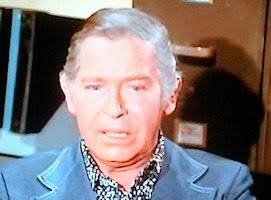 Malcolm Garnett became a Broadway theatrical producer whose career was ended by his turn to criminal activities.  His last production never opened - a nostalgia musical called "Those Frolicking Forties" - because he was arrested for charges of larceny and assault among others. 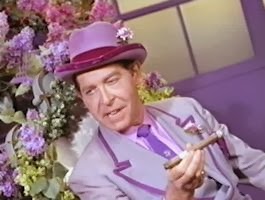 His twin brother was just the opposite - Louis Garnett grew up to be an habitual criminal who infused his career with a theatrical bent.  As with many notorious criminals before him, Louis Garnett became better known by an alias - Louie The Lilac.

Here's the basic info on Louie The Lilac from the Batman Wiki:
Louie the Lilac was identified by his violet colored suit. He was known to use different lilacs, sometimes mutant breeds, to use against his enemies, such as a flower on his jacket that hypnotized people so he could manipulate them, or his special man-eating lilacs.

Louie tried to corner the flower market and take control of a group of young Gothamites who called themselves the "Flower Children". While most people held the Flower Children in little regard, Louie recognized that they would eventually grow up to be the leaders of tomorrow. So he figured that if he could get in favour with them, he would one day be very powerful and influential. To do this, he cornered the flower market in Gotham City so that he could help them with their flower-in. He was defeated when Batgirl sprayed him with something that caused his suit to grow mold causing him to run into his Hot House.

By 1973, it's possible that the two Garnett brothers were housed together in a Federal prison...... 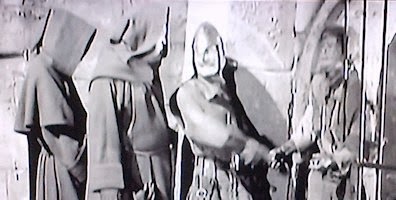 Friar Tuck and novice monk Guy (now Brother Alpheus) visited the Sheriff of Nottingham's jails in order to arrange the escape of Guy's twin brother David.  But first they encountered a prisoner who had been held for nine years without a trial.

The guard explained that the prisoner had been arrested under orders from the previous King, Henry II.  But Henry died before it could be revealed what charges were being brought against the prisoner, so they continued to hold him in a judicial limbo.

Henry II died on July 6th, 1189.  So that means this episode of 'Robin Hood' took place in the Spring of 1198.  The dating for previous episodes could be determined from there, as well as the episodes that would follow.....

The other day I posted about the mention of director/writer/actor Quentin Tarantino in an episode of 'Pie In The Sky'.  Although it was posted on Friday, it was actually written weeks ago when the episode was broadcast on one of the three local PBS stations.

But since I wrote it, there has been news about QT's movie "From Dusk Till Dawn" (which he wrote and co-starred in) with regards to the Television Universe: filmmaker Robert Rodriguez, who directed the movie, launched the El Rey TV network in January.  And 'From Dusk Till Dawn' became El Rey's first original scripted series. 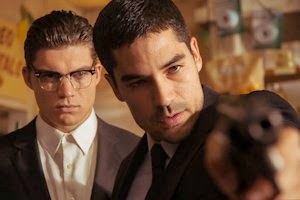 Here's what Rodriguez had to say about the project:

“There was so much that I wanted to explore in that movie that I didn’t get to.  If the film was the short story, this series is the novel.

“This is really setting up a world that I always wanted to explore and tried to hint at in the first film. And now we’re really getting to pay it off, and it’s a blast. It’s really nice to have. And one thing I think the seasons will all have in common is they all take place from dusk till dawn. Within that time period, all of this is happening. So it’s got a very visceral quality to it.”

Here's the trailer for the show:

There is no connection to the movie (which will remain in the Cineverse) for the O'Bvious reason that the main characters have been recast.  D.J. Cotrona and Zane Holtz are playing Seth and Richie Gekko, with Don Johnson as the Texas Ranger pursuing them.

So how does this affect the previous mention of the movie in an episode of 'Law & Order: SVU' from four years ago?

According to the IMDb, Detective Stabler only referenced the title of the flick.  In checking out their initial suspect's alibi, it turned out that the death metal rocker named Trey had been auditioning a new backup band for his upcoming tour.  And they had been thrashing out the tunes "from dusk till dawn".

Trey's death metal persona was "Vampire Sacrifice" and there were a lot of wannabe blood-sucker references throughout that first part of the investigation.  From outside the Box, the phrase was probably meant to be a knowing, winking, pop culture nod to the movie.  But from within the reality of Toobworld, we're going to judge it at face value - it was just a reference to the actual time Trey spent with the back-up band.*

At any rate, when it comes to that 'Pie In The Sky' episode, it means I have to rethink the splainin behind a suspect's alibi of being at the new Tarantino movie when no such movie was in the cinema at that time.  Either "Devils On Horseback" was not taking place around the time of its original broadcast in 1996, or it will have to be a reference to some fictional Tarantino movie.

* Trey and that possible backup band were soon eliminated from the storyline and the backup band was never seen anyway.  Now... I'm already a member of the Toobworld Dynamic, thanks to my mentions and appearances on 'Late Night with David Letterman', 'The Hap Richards Show' and 'The Ranger Andy Show'.  (And in a state of hubris, I inducted myself into the TV Crossover Hall Of Fame on my birthday in 2005!)  But since everybody in the Trueniverse should have a televersion, I'd like to bring my friends over to Toobworld whenever possible.

So for the purposes of the Toobworld Dynamic, that thrash metal band was "The Last Alliance" which features my co-worker Chris Montalbo on lead guitar.  "The Last Alliance", influenced by bands like Metallica and Blind Guardian, thematically has a heavy metal Middle Earth/Westeros vibe to their music.  (With songs like "The Lost Tales" and "White Walkers")

Trey's music was death metal and The Last Alliance is heavy metal, and vampire themes don't mesh with Tolkien and Martin themes, but hey.... A gig's a gig, I guess......

'Agent Carter' is the next Marvel drama project in the works at ABC.  The project is inspired by "Agent Carter", a one shot, which was featured on the Blu-ray release of "Iron Man 3".  It brings back Captain America’s girlfriend Peggy Carter, played by Hayley Atwell, and chronicles her life as a budding secret agent after her boyfriend is stranded in ice. 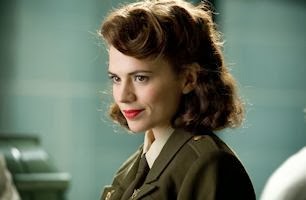 This will join 'Agents Of SHIELD' in Comic Book Toobworld if it comes to fruition; and will give that TV dimension more history on its timeline (besides any stories set in the Age of Legend).


Leprechauns will be a legitimate chapter in my Televisiology book, but in the meantime, let's indulge in trotting out the old cliches...... 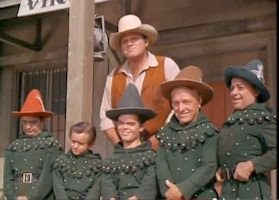 THE VICIOUS ABBEY - YOU ZONKED, M'LORD?

It's easy enough to splain away any 'Downton Abbey' Zonk.  The series chronicles an historical period during which the lives of the people living and working at the Downton estate is considered worthy of a television treatment.