LEAGUE OF THEMSELVES - TOM WAITS 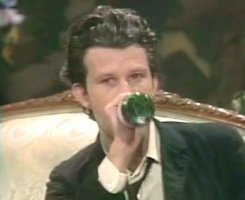 From Wikipedia:Thomas Alan "Tom" Waits (born December 7, 1949) is an American singer-songwriter, composer, and actor. Waits has a distinctive voice, described by critic Daniel Durchholz as sounding "like it was soaked in a vat ofbourbon, left hanging in the smokehouse for a few months, and then taken outside and run over with a car."  With this trademark growl, his incorporation of pre-rock music styles such as blues, jazz, and vaudeville, and experimental tendencies verging on industrial music, Waits has built up a distinctive musical persona. He has worked as a composer for movies and musical plays and has acted in supporting roles in films, includingParadise Alley and Bram Stoker's Dracula; he also starred in the 1986 film Down by Law. He was nominated for an Academy Award for his soundtrack work on One from the Heart.

Waits' lyrics frequently present atmospheric portraits of grotesque, often seedy characters and places—although he has also shown a penchant for more conventional ballads. He has a cult following and has influenced subsequent songwriters despite having little radio or music video support. His songs are best-known through cover versions by more commercial artists: "Jersey Girl", performed by Bruce Springsteen, "Ol' '55", performed by the Eagles, and "Downtown Train", performed by Rod Stewart. Although Waits' albums have met with mixed commercial success in his native United States, they have occasionally achieved gold album sales status in other countries. He has been nominated for a number of major music awards and has won Grammy Awards for two albums, Bone Machine and Mule Variations. In 2011, Waits was inducted into the Rock and Roll Hall of Fame.
AS SEEN ON:
'Fernwood 2Nite'
"Episode 21"

LEAGUE OF THEMSELVES - KEANU REEVES 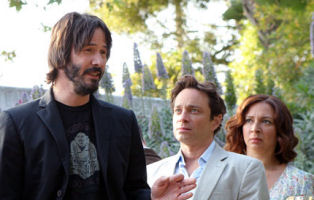 AS SEEN IN:
'Bollywood Hero'
"Episode One"

LEAGUE OF THEMSELVES - CLIVE OWEN 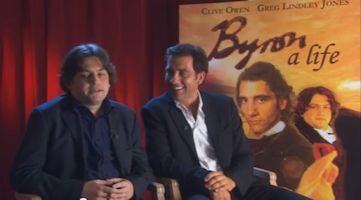 AS SEEN IN:
'Extras'
"The Extra Special Series Finale"

Labels: As Seen On TV, League of Themselves, TV Movies

LEAGUE OF THEMSELVES - PAUL DRAYLIN 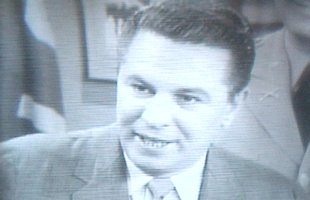 AS SEEN IN:
'The Phil Silvers Show'
"Bilko Retires From Gambling" 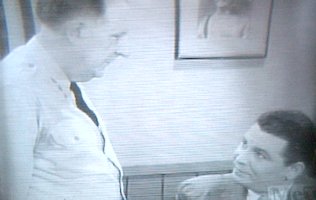 SYNOPSIS:
Colonel Hall hired master card manipulator Paul Draylin to go undercover as a soldier and beat Sgt. Bilko so badly at cards that Bilko would never play again.  Draylin figured it would be better if the worst player in the camp should beat him and that was Sgt. Rizzik.
Getting beat by Rizzik was so devestating that it left Bilko a broken shell of a man, and that had a debilitating ripple effect on the rest of the camp. 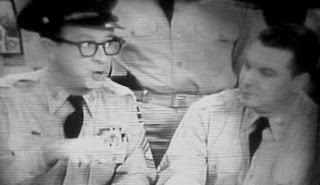 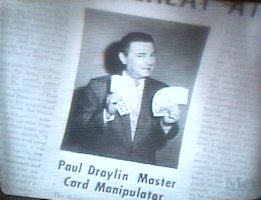 LEAGUE OF THEMSELVES - JOAN RIVERS (AGAIN) 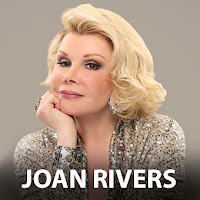 AS SEEN IN:
'Boston Legal'
"Whose God Is It Anyway?" 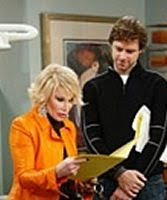 O'BSERVATIONS:
Two more reasons why Joan Rivers was inducted into the TV Crossover Hall of Fame in March of 2011.

Labels: As Seen On TV, Hall of Fame, League of Themselves, Life During Prime-Time, Linkin' Case, O'Bservations

SUPER SIX LIST - TV SHOWS THAT COULD BE AFFECTED BY "SHARKNADO"


"Sharknado" had a great effect on me.  I didn't see it as a great movie, in fact it was horribly acted, written, directed, and edited.  But the premise amused me as to what it could bring Toobworld.

I still see it as happening in Disaster Toobworld, that TV dimension in which you would also find the TV movies about hurricanes, ice ages, and other tornadoes.  But the TV shows of Earth Prime-Time would have counterparts in Disaster Toobworld and there are certain TV series that would be affected by the events of "Sharknado".

Murder disguised as a sharknado tragedy
Cast member eaten:
Buzz (films his own death)
Although I'd prefer the kid......

Tom's American family is wiped out.
Cast member eaten:
Ally (Nothing against her; just want to see Tom consoled by Monkey)

The family huddles together and learns life lessons.  Lily wants a shark for a pet.
Cast member eaten:
Haley (price she pays for sneaking out to have sex with Dylan)

Berthe single-handedly fights off a shark in the kitchen.
Cast member eaten:
Jake (they need some excuse to get him off the show for good)
But also Alan would have his arm ripped off.  It's what Berthe uses to club the shark.  It doesn't kill Alan, just makes him more pathetic and ergo, funnier.....

We needed a show with that show biz feel and all the other ones are no longer on the air.
Cast member eaten:
Hank himself.  What a way to end the series!  And it happens just as his writer's block disappears and he gets a great idea for a new nov-chomp!

LEAGUE OF THEMSELVES - SIR DAVID FROST 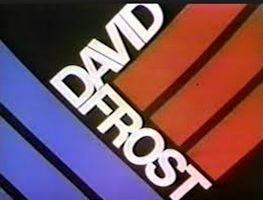 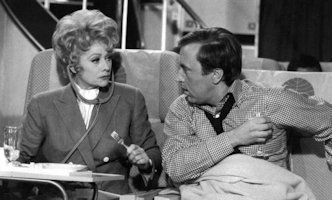 AS SEEN ON TV:
"Thirteen At Dinner" 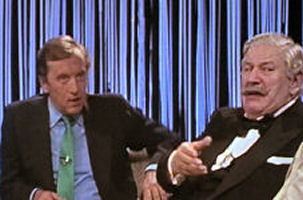 This should have been a Two for Tuesday post, and it was scheduled for September 17.  But with the death of Sir David over the weekend, I moved it up.  Good night and may God bless.......

"THE LADY VANISHES" (AND SO DO "CHARTERS & CALDICOTT"!)


'Masterpiece Mystery' aired a new version of "The Lady Vanishes", which is known as the penultimate film directed by Alfred Hitchcock in Britain before he took his talents to Tinseltown.

The young actress playing the lead was unknown to me, but she was quite good.  She captured the dual nature of Iris as she matured from a selfish spoiled rich girl to someone concerned for the safety of another as well as desperate to assert her own sanity.

"The Lady Vanishes" began life in BookWorld, as the novel "The Wheel Spins" by Ethel Lina White.  After the 1938 version which starred Margaret Lockwood, Michael Redgrave, and Dame May Whitty, it also received a second incarnation in an alternate Cineverse dimension in 1979.  This version starred Elliot Gould, Cybill Shepherd, and Angela Lansbury and was a disappointment with the critics and at the box office. 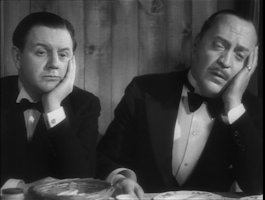 But there are two supporting characters who are of most interest for the Toobworld Dynamic - cricket lovers Charters and Caldicott.  Played by Basil Radford and Naunton Wayne in the original movie, they proved to be so popular that they showed up again in three more movies - "Night Train To Munich", "Crook's Tour", and "Millions Like Us".

In the 1979 remake, Charters and Caldicott were played by Arthur Lowe and Ian Carmichael.  Both have been great in other roles, but Radford and Wayne made too big an impression to overcome.

Without the framework of "The Lady Vanishes", Charters and Caldicott made their Toobworld debut in 1985 with a five part TV series that found the two now-retired gentlemen involved in mysteries.  (The whole series is available on YouTube and I plan to watch it over the coming days.)  Charters was played by Robin Bailey and Michael Aldridge took on the role of Caldicott.

Because they played the roles first, and because a TV series does carry more heft than a stand-alone TV movie, I went into watching this new adaptation of "The Lady Vanishes" expecting to banish it to some alternate dimension because Charters and Caldicott would probably be recast. 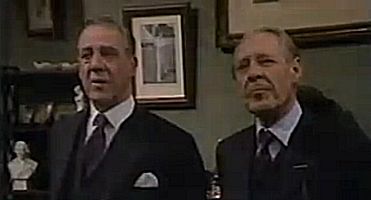 Well, bust my buttons!  The roles were recast... but they also underwent not only name changes but gender as well.  Charters and Caldicott's roles were now taken up by two spinster sisters named Evelyn and Rose Floodporter.  Like Charters and Caldicott, they lied about having seen the missing Miss Froy because they didn't want to be delayed in getting back to England - not for cricket but for a flower show in which they had entered their roses. 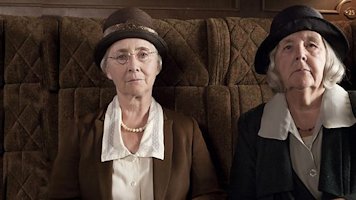 (There was a Rose Floodporter in the original movie, but I don't know what part she played in the affair.  I just watched the 1938 moviestreaming on Netflix but I must have missed her.....)

So for this ol' Toobmeister, that's s'wonderful news!  I can now keep both the 'Charters & Caldicott' TV series and the TV movie "The Lady Vanishes" in Earth Prime-Time together without fear of Zonks!

And as a final note, Charters and Caldicott have returned to BookWorld with a novelization based on the TV series.  So it has all come full circle..... 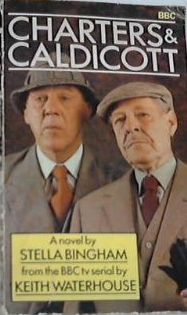 THE LEAGUE OF THEMSELVES - FLAMING LIPS

From Wikipedia:
The Flaming Lips are an American rock band formed in Oklahoma City, Oklahoma in 1983. Instrumentally, their sound contains lush, multi-layered, psychedelic rock arrangements, but lyrically their compositions show elements of space rock, including unusual song and album titles—such as "What Is the Light? (An Untested Hypothesis Suggesting That the Chemical [In Our Brains] by Which We Are Able to Experience the Sensation of Being in Love Is the Same Chemical That Caused the "Big Bang" That Was the Birth of the Accelerating Universe)". They are also acclaimed for their elaborate live shows, which feature costumes, balloons, puppets, video projections, complex stage light configurations, giant hands, large amounts of confetti, and frontman Wayne Coyne's signature man-sized plastic bubble, in which he traverses the audience. In 2002, Q magazine named The Flaming Lips one of the "50 Bands to See Before You Die."

The band is best known for its associations with 1960s and 1970s psychedelic subculture, with elements of this culture permeating the group's instrumentation, effects, and composition. Coyne's lyrics, in particular, both reference and embody the fascination with the science fiction and space opera genres of fiction that were popular during the golden age of psychedelic subculture. His lyrical style tends to use the imagery and plot conventions of space opera to frame more abstract themes about the unfolding cycles of romantic love, highlighting its vulnerability while delving into its metaphysical implications.

The group recorded several albums and EPs on an indie label, Restless, in the 1980s and early 1990s. After signing to Warner Brothers, they scored a hit in 1993 with "She Don't Use Jelly". Although it has been their only hit single in the U.S., the band has maintained critical respect and, to a lesser extent, commercial viability through albums such as 1999's The Soft Bulletin (which was NME magazine's Album of the Year) and 2002's Yoshimi Battles the Pink Robots. They have had more hit singles in the UK and Europe than in the U.S. In February 2007, they were nominated for a 2007 BRIT Award in the "Best International Act" category. By 2007, the group garnered three Grammy Awards, including two for Best Rock Instrumental Performance.