LEAGUE OF THEMSELVES - JANE SEYMOUR 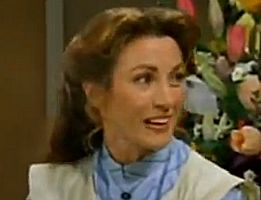 LEAGUE OF THEMSELVES - RICKY GERVAIS 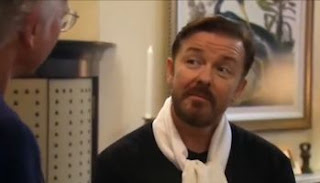 AS SEEN IN:
'Curb Your Enthusiasm'
"The Hero"

LEAGUE OF THEMSELVES - SEAN PENN 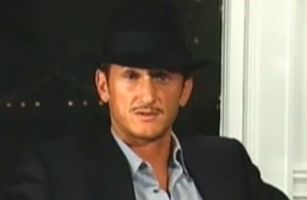 O'BSERVATIONS:
Emma Thompson was not the only one with a big personal secret in this episode.  Penn's another televersion who's totally different from the original.

Sean Penn's appearance in this episode links 'Ellen' to 'Two And A Half Men'.

Labels: As Seen On TV, La Triviata, League of Themselves, Life During Prime-Time, O'Bservations

LEAGUE OF THEMSELVES - CLINT EASTWOOD 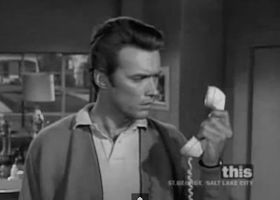 O'BSERVATION:
'Rawhide' is mentioned as Clint Eastwood's TV show, but it doesn't necessarily mean that it's the same show as seen in the real world.  But then again, it could be an historical recreation of the life of Rowdy Yates.

LEAGUE OF THEMSELVES - CHAD & JEREMY 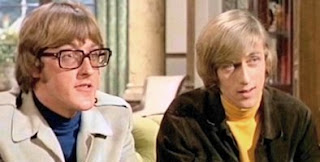 AS SEEN IN:
'Batman'

O'BSERVATION:
Not to be confused with similar performers of the time in Toobworld who were clearly trying to cash in on the popularity of Chad & Jeremy: 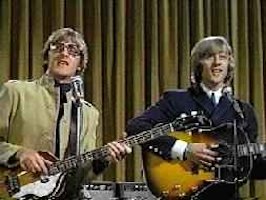 LEAGUE OF THEMSELVES - CYNDI LAUPER 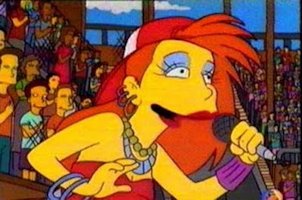 AS SEEN IN:
'The Simpsons'
"Wild Barts Can't Be Broken"

O'BSERVATION:
I should have run this back in June after she won the Tony Award for "Kinky Boots"......

Labels: Alternateevee, As Seen On TV, League of Themselves, Life During Prime-Time, O'Bservations, Outside the Box, ToobMusic, Tooniverse, TV timeline 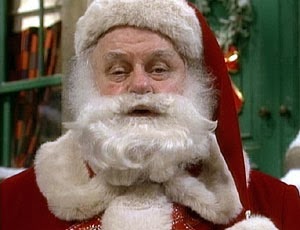 The late great Charles Durning is the official portrayal of Santa Claus in the main Toobworld, having played the role five times:

But even though Durning passed away in 2012, I think there's a new production n which I'm going to claim it's Durning's Santa.

All we see of Santa Claus in an early Mercedes Benz commercial for this year is his arm waving out the window of the car.  So who else could it be in Toobworld and still be the official televersion of Santa? 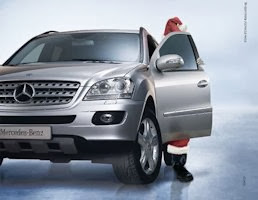 (Since that first blipvert, Mercedes Benz has come out with several more ads in which Santa Claus can now be seen.  However, I'm just going to toss those over to other Toobworlds - both the naughty and the nice ones....)

LEAGUE OF THEMSELVES - LARRY DAVID & HIS DAUGHTERS 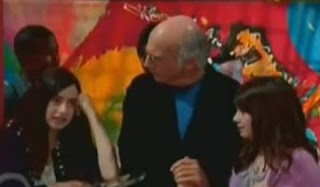 AS SEEN IN:
'Hannah Montana'
"My Best Friend's Boyfriend"