I think we have a serious contender for the Best Commercial Crossover in this year's Toobits Awards.....

And here are some classic blipverts featuring Kool-Aid Man.


I may have already included him in a cameo in one of my Toobworld adventures.... I can't remember anymore.  But he would be a natural "Deus ex Machina"!

BORN TO RERUN FOR MOTHER'S DAY - LIVIA AND LADY ANNABEL 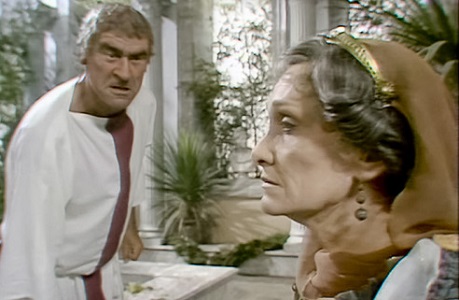 Mother, I'm a happily married man. Julia doesn't interest me. She wouldn't interest me if you hung her naked from the ceiling above my bed.


Livia:
She might even do that if I asked her!

Tiberius:
Aren't you forgetting something? She's still married to Marcellus, and Marcellus is not dead yet.

Livia:
When I start to forget things, you may light my funeral pyre and put me on it, dead or alive.
('I, Claudius' - "A Touch Of Murder")

From Wikipedia:
In the popular fictional work "I, Claudius" by Robert Graves - based on Tacitus' "Innuendo" - Livia is portrayed as a thoroughly Machiavellian, scheming political mastermind. Determined never to allow republican governance to flower again, as she felt they led to corruption and civil war, and devoted to bringing Tiberius to power and then maintaining him there, she is involved in nearly every death or disgrace in the Julio-Claudian family up to the time of her death. In her deathbed she only fears divine punishment for all she had done, and secures the promise of future deification by her grandson Claudius, an act which, she believes, will guarantee her a blissful afterlife. However, this portrait of her is balanced by her intense devotion to the well-being of the Empire as a whole, and her machinations are justified as a necessarily-cruel means to what she firmly considers a noble aspiration: the common good of the Romans, achievable only under strict imperial rule. In the 1976 BBC television series based on the book, Livia was played by Siân Phillips. Phillips won a BAFTA for her portrayal of the role. 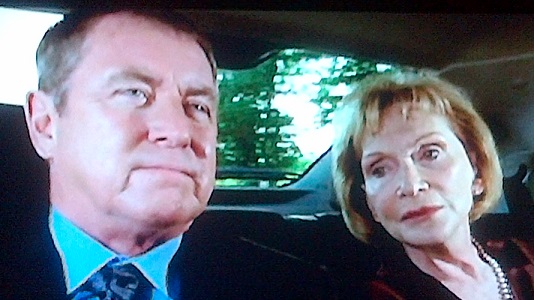 DCI Tom Barnaby:
What about Sandra?

Lady Annabel Butler:
What do you think? Ghastly creature!  Quite beyond the pale.  If I was going to make it right for Richard, I thought I might as well go the whole hog and put her down before she had a chance to breed.  Then we could have found him a decent girl from a decent family and then things would have been as they should be.

I think a very strong case can be made for Lady Annabel to be the reincarnation of Livia Drusilla.  Not only do they look alike (Lady Annabel is still alive - hence the present tense.), but they had the same fierce, murderous devotion to their sons.  They were both looking out for the well-being and the advancement of their "little boys".