With the month of September, the Television Crossover Hall of Fame salutes those behind the scenes who contribute to the viability of the TV Universe’s cohesiveness.  This year we’re celebrating Jaroslav Gebr, whose paintings appear in so many TV shows – most notably in ‘Night Gallery’, and ‘Columbo’.  But in addition, we’re inducting a TV character who can take the credit for those paintings in universe – Max Barsini.  We see him in his episode of ‘Columbo,’ painting in the style recognized in the portraits of Grace Wheeler and General Martin Hollister as seen in their episodes, plus paintings of characters in other shows, including ‘Night Gallery’ (at least for the stories which starred Joan Crawford and Columni Richard Kiley and Sam Jaffe.)

First up, we salute the actual artist…. 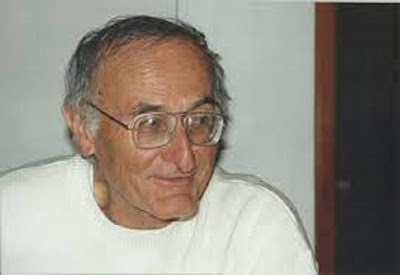 JAROSLAV GEBR
From AskArt.com:
Jaroslav “Jerry” Gebr, longtime head of the Scenic Arts Department at Universal Studios and is perhaps best known as the artist who created the paintings featured in the pilot episode of Rod Serling’s ‘Night Gallery’. Gebr worked for some of the biggest names in directing including Steven Spielberg, Clint Eastwood, Alfred Hitchcock and George Roy Hill during his career, and also sidelined in painting portraits and copies of artworks for stars’ collections. “They’d put the originals in safe storage and hang Jerry’s versions on the wall. Nobody could tell the difference.” 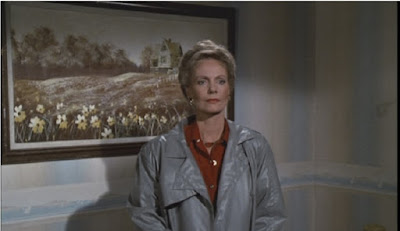 Over the last 60 years, Jaroslav 'Jerry' Gebr enjoyed one of the longest exhibitions any one artist could have ever wished for.

His works might not have crossed the auction blocks of Sotheby's, Christie's or Bonham's yet, but throughout your life-long romance of Motion Pictures and Television, you have subliminally admired his work over the last six decades.

With an endless wave of amazing portraits, murals and visual effects for motion pictures and television, Jaroslav enticed our emotions and our hearts with an array of exquisite creations.

We have not witnessed an artist before or since Jaroslav Gebr that has so brilliantly accomplished such a wide range of styles, periods, mediums and materials at the highest standard of artistry over the last seventy-five years.

Jaroslav was a prodigy from a small village, Pisek, just south of Prague Czechoslovakia, who in spite of the horrors of World War II was able to refine his creative skills at the Academy of Arts in Prague then post-war Munich and Vienna.

Born to a generation of close colleagues such as both Emil Kosa Sr. and Jr., (students of Alphonse Mucha) and Gerhard Richter, Jaroslav was well on his way to becoming another one of the great Czechoslovakian artists of his day.  But the brutal war in Europe changed the trajectory of his career.  But with this tragic event, came Hollywood’s profound gain.

Jaroslav married his wife in Munich. Adela Gebrova: a coloratura soprano-opera singer who would become an exceptional creative force in her own right.

They saved their money for their impending migration overseas through portraits and sketches of local officials, Army brass and foot soldiers within the occupying sector from Munich to Vienna as Adela sang for Armed Forces Radio and Radio Free Europe, military dances and government balls.

From there they began their journey from Europe to England to South America and finally the United States.

Armed with one suitcase a winter coat each and their talents, they set upon a journey that would be a gift to so many art lovers around the world. 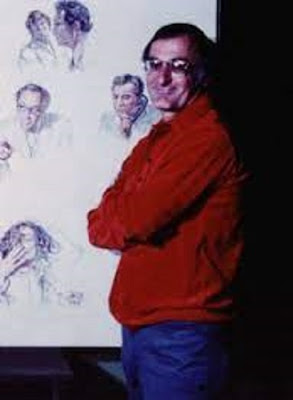 Little did Jaroslav know, the next sixty years of his life, would be a cascade of the most stunning body of work that has not since been matched by any one artist in the Film Industry to this day.
Since his escape from communist occupied Czechoslovakia in 1949, Jaroslav Gebr's journey through numerous mediums and styles have evolved - from portraits and frescoes in Bogotá Columbia - to portraits, murals and visual effects in such Hollywood productions as "The Sound Of Music," "Camelot," “Towering Inferno,” "Dune," "The Sting," "Scarface," television's "Night Gallery," "24" and countless others.

Gebr had an incredible gift to immerse himself within an unlimited range of artistic styles. Such as in the replication of Michelangelo's Sistine Chapel for MGM's "Shoes Of The Fisherman" and then transforming his artistic technique and aesthetic nuances within the same work-year to perform within the abstract / impressionistic fantasies via the mind of Rod Serling in his mesmerizing and haunting paintings for 'Night Gallery'. 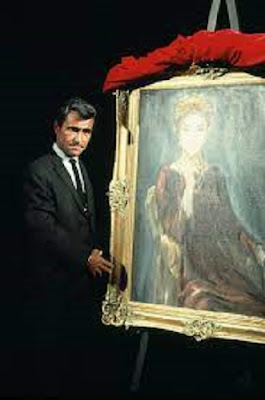 No historical period or medium posed an obstacle for Gebr.  From the western scene on the semi-truck-trailer in "Smokey and The Bandit" to a Baroque style portrait on a set for Alfred Hitchcock and all works delivered within a film production window of one to two weeks.
Jaroslav worked hard to satisfy the insatiable thirst of the Film Studio's drive for commercial short cuts. But while doing so, he always stood his artistic ground displaying his classic 'Prague Academy’ craftsmanship in even the most rudimentary of works for a network 'sit-com' or for a farcical feature film comedy as in Mel Brooks' "Robin Hood, Men In Tights."  No job was too small or too big for Gebr.  The love and attention to his work was constant. 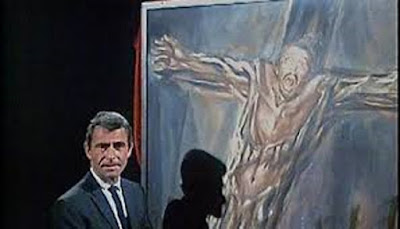 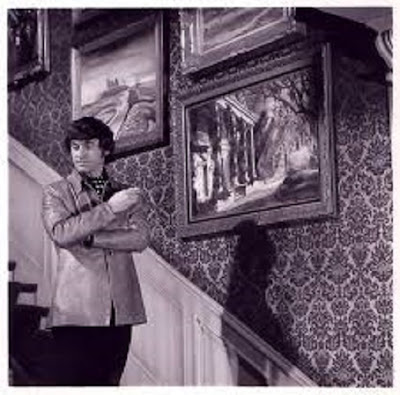 It was the Hollywood portrait commissions that have given him much of his notoriety since retiring from studio work: To name a few, Roddy McDowell, Joan Crawford, Kim Novak, Robert Culp, Rachel Welch, Barbara Streisand, Jack Lemmon and John Candy, all enjoy[ed] their privately purchased works by Jaroslav. 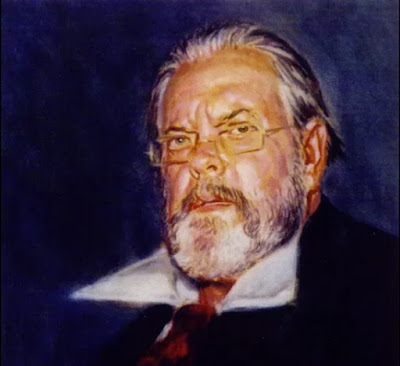 Not only did his artwork find a continuous showcase via Motion Pictures and Television over his sixty-year career, his works on set have become part of the aforementioned Directors and Producers private collections for such Hollywood greats as Orson Wells, Lucille Ball, Steven Spielberg, Clint Eastwood, Lou Wasserman, Jules Stein, and countless others.
His years of retirement were spent mostly traveling and enjoying the rest he so rightly deserved.
And now we offer a quick salute to the artist from the late 20th Century – in the TV Universe – who theoretically is the vessel for those paintings…. 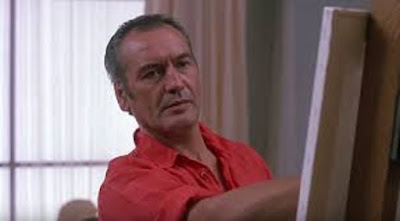 MAX BARSINI
From the ‘Columbo’ Wiki:
Patrick Bachau [plays] Max Barsini, a renowned but "temperamental" artist who killed his unscrupulous agent years ago. Worried his ex-wife could expose his secret, he murders her too. 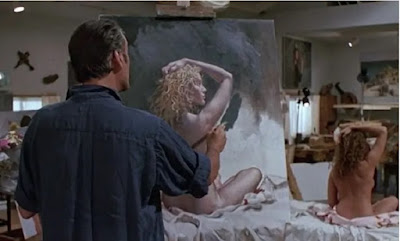 From the 'Columbo' blog:
Celebrated artist Max Barsini appears to live a charmed life, residing in a stunning beach-front home where he is waited on hand and foot by three women: current wife Vanessa, first wife Louise, and live-in lover/model/muse Julie. 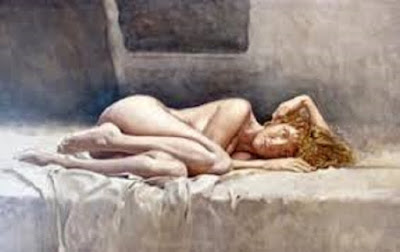 While Barsini revels in the four-way relationship, things are a lot more fraught for the women in his life. Mature Louise (who lives next door) is outwardly happy enough with her lot in life, while Vanessa is fiendishly (and understandably) jealous and young Julie just wants to be loved by them all. 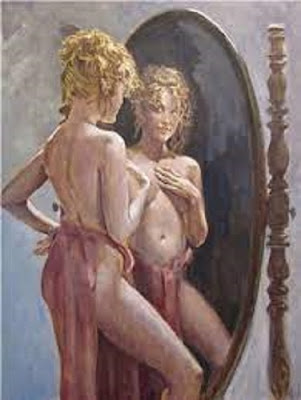 The tension this situation creates seems to help Barsini thrive. He lives to control them and takes pleasure in watching them fight for the scraps of his affections. It is Louise, however, who shatters his perfect existence when she reveals her intentions to MOVE OUT of her home (and Barsini’s life) and MOVE IN with her psychologist/lover, Dr Sydney Hammer.
Barsini can’t let this happen – because Louise is the only person who knows about his shadowy past. Although we don’t initially know what happened, we find out that Louise has been repressing memories from her early life with Barsini that suggest a terrifying, traumatic event. These manifest as a series of nightmares, which she is working to decipher with Dr Hammer.

Here are some of the paintings from other TV series which could have been painted by Max Barsini.  Not all of them use his noteworthy "Barsini Red". 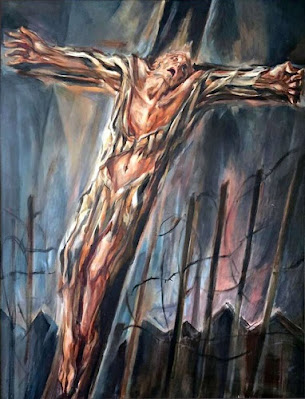 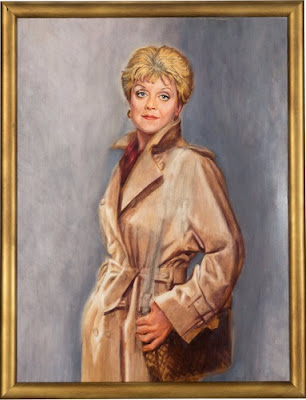 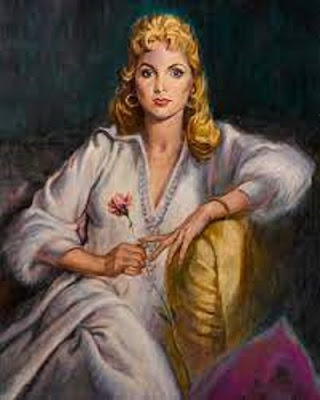 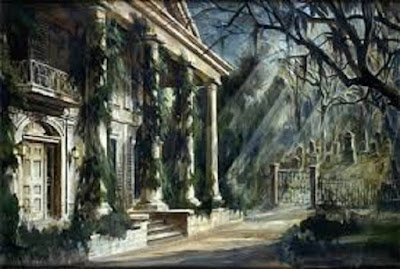 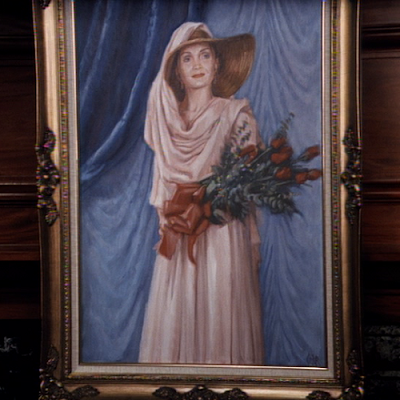 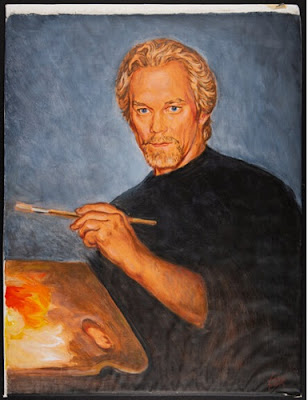 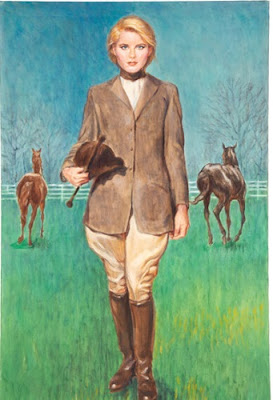 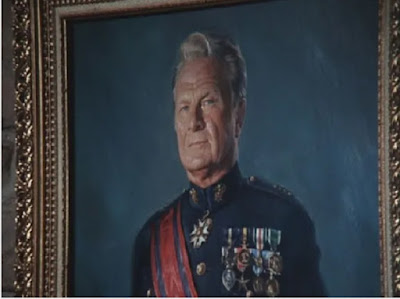 Here's to the memory of Jaroslav Gebr.  Welcome to the Hall, Mr. Gebr.  And thank you for the Toobworld legacy you left behind. 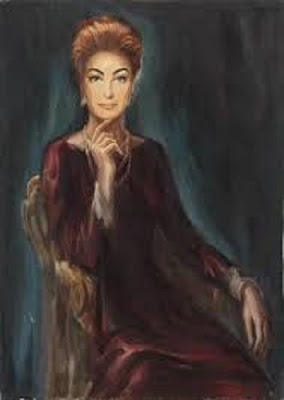 And welcome to the TVXOHOF as well, Barsini.  Not that you'll have a chance to enjoy your membership; unlike many of your paintings, you weren't framed.... 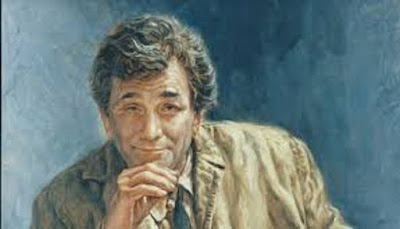