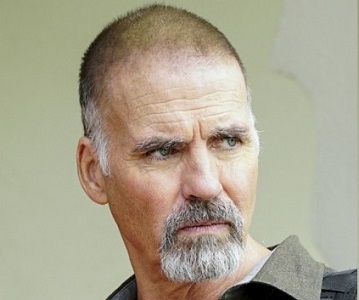 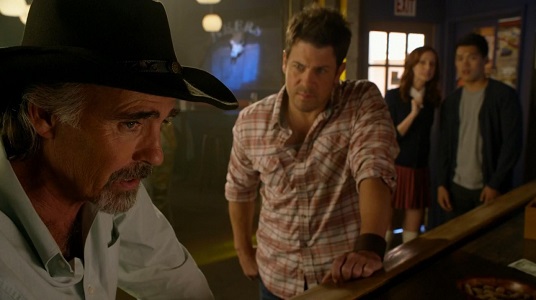 With the latest episode of 'Scorpion', we came up with this theory of "relateeveety" for two of the more recent Toobworld citizens portrayed by Jeff Fahey......

Jacob and Isaac Stone were twin brothers who were raised separately after their Jewish parents divorced, probably at some point around 1955 when they were quite young.  Kenneth went to live with their mother while Isaac stayed behind with Dad in Oklahoma.  Isaac took over the family business, Stone Family Rigging and Pipeline, and had a son born in 1972 whom he named Jacob after a brother he barely remembered.

Meanwhile, the former Mrs. Stone, who had converted to Judaism in order to marry, renounced the faith and married a defense industry lobbyist named Kenneth Dodd from California.  And they decided to change young Jacob's name to that of his step-dad who adopted him.  Kenneth Dodd grew up in Southern California where his father's influence led to him joining the military and rose to become a consultant on weaponry.  He also married and had a son named Sylvester born in 1993.

This would make Jake Stone the older first cousin to Sly Dodd.

As always, much of this is conjecture on my part.  Should either series bring their Fahey character back which might void this theory, so be it.  The Toobword Dynamic is always in flux.