NUMBERS RUNNING: IN THE MIDDLE, ON THE FRINGE, IT'S SUPERNATURAL

Just a few recent appearances by "The Numbers" from 'Lost', popping up on other TV series:

First up, Brick wore the number "4" in his basketball debut on 'The Middle'. 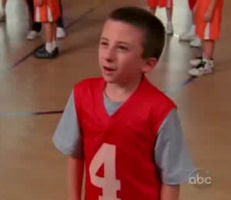 Sam and Dean Winchester were lured into a trap by the Trickster (AKA Gabriel the Arch-Angel) at an old abandoned factory. And unlike everyone who's ever appeared on 'Let's Make A Deal', they chose Door Number "4". 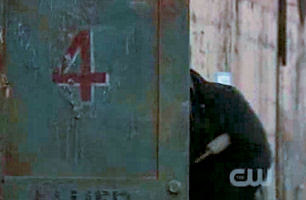 Finally, FBI Agent Olivia Dunham found her suspect - or what was left of him - in motel room #8 in the "Earthling" episode of 'Fringe'. This show comes from JJ Abrams, who is also one of the men behind the curtain on 'Lost'; 'Fringe' has made a few overt connections to 'Lost' in the past. 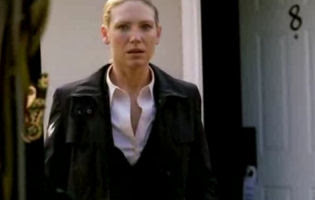 AS SEEN ON TV: "THE GREAT CROCODILE" 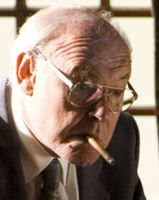 AS PLAYED BY:
Timothy West

Peter Willem ("P.W.") Botha dropped out of college to become a full-time organizer for South Africa's far-right National Party at age 20. Elected to parliament at the age of 32, he cycled through several ministerial positions in national government.

Botha's terms as prime minister (1978-84) and president (1984-89) were marked by upheaval and violence at home and abroad, as leftist black governments rose to power in neighboring African nations, global opposition to apartheid grew, and African student and labor unrest under apartheid increased.

Tactically, Botha used his police and military forces to quiet dissent domestically and in neighboring states. Politically, Botha attempted to walk some middle ground between pro- and anti-apartheid factions, sometimes veering wildly between the two but satisfying neither.

Nicknamed the "Groot Krokodil" ("great crocodile"), Botha resigned as party leader after a stroke in 1989, but refused to give up the presidency until members of his own cabinet turned on him. Before leaving office, he met with Nelson Mandela in prison but declined to release him.

Botha refused to appear before South Africa's Truth and Reconciliation Commission, tasked with examining crimes of the apartheid era, maintaining that he did not authorize the killings, tortures and disappearances that took place during his regime. He died in 2006. [from pbs.org]

AS SEEN ON TV: NELSON MANDELA 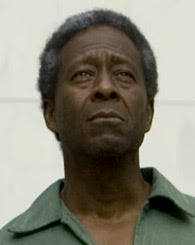 AS SEEN IN:
"Endgame"

AS PLAYED BY:
Clarke Peters

Rolihlahla "Nelson" Mandela was born to a tribal chief in Transkei, a former republic of Africa. His father died when Mandela (given the name Nelson at school) was nine. The tribe was grooming the younger Mandela for a greater role, but he left to become a lawyer.

Mandela joined the ANC in 1943 and set about remaking the organization into a more radical force for change leading the organization's armed wing. Mandela was banned, arrested and imprisoned by the apartheid regime time and again. He spent much of his time evading capture until, in 1964, he was sentenced to life in prison for charges including sabotage and planning armed action. At his trial, Mandela explained that the choice to embrace violence as a tactic was made after all other strategies had failed.

Behind bars, Mandela became a powerful symbol as the anti-apartheid movement gained strength worldwide. Mandela was released on February 11, 1990, after 27 years in prison. He was elected president of the ANC in 1991 and was awarded the Nobel Peace Prize two years later.

Mandela voted for the first time in his life — and was sworn in as the president of South Africa — in 1994. He stepped down in 1999 and set up three foundations bearing his name.
[from pbs.org]

On Tuesday, Mike Bloomberg won reelection as Mayor of New York City. To do so, he had to do an end run around the will of The People - twice they voted for term limits, but Bloomberg, hungry for a third term in power, had the City Council eliminate the law.

After spending over a hundred million dollars of his own money, Bloomberg won by only about 5% over his Democratic rival, by a total of just over 50,000 votes.

So he has his third term, but with no mandate by the people, and I'm sure his rivals and enemies will make sure it's not an easy ride for him.

In the meantime, the televersion of Mayor Mike Bloomberg has made three fictional appearances in Toobworld since he first became "Hizzoner". And that qualifies him for membership in the TV Crossover Hall Of Fame. And since this month is something of a political theme, and since we're inducting "League Of Themselves" members into the Hall during the first week as part of our tenth anniversary celebration, Bloomberg is the inductee into the Hall for the first week of November.

As one angry over Bloomberg's trampling of the people's decision, just don't expect me to welcome him..... 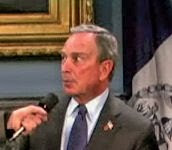 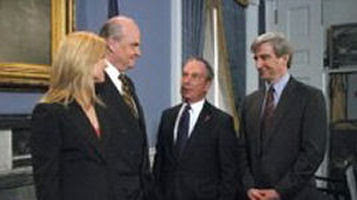 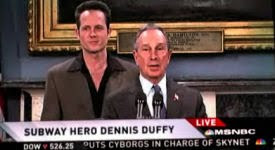 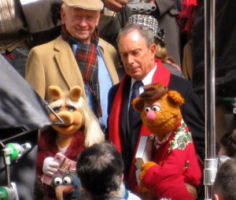 Labels: As Seen On TV, Hall of Fame, League of Themselves, O'Bservations, TV Classique, Twipped from the Headlines

The Saturday hosts of the early morning talk shows also got in the game on the day of Halloween itself.......
Lester Holt
'Today' 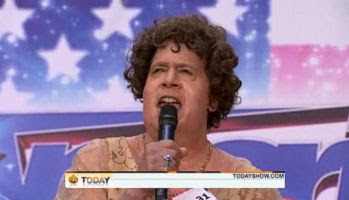 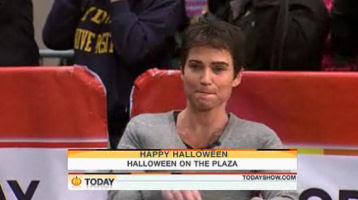 AS SEEN ON TV: WE FIVE KINGS 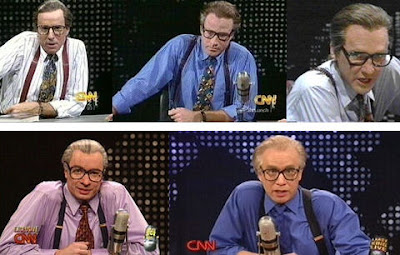 The 'Today' show has been doing Halloween costumes for years, but they didn't make the "As Seen On TV" gallery this year because all of their characters were fictional - from 'Star Wars'. (Is NBC in some kind of deal with LucasFilms? Lutz appeared as Boba Fett in last week's episode of '30 Rock'.)

The CBS 'Early Show' had another costume of a real person, but I decided to hold off on it for the "Two For Tuesday" feature. That way I could include a classic impression of the same person.....
JULIA CHILD
"THE FRENCH CHEF"
AS SEEN ON:
'The Early Show'

AS PLAYED BY:
Harry Smith 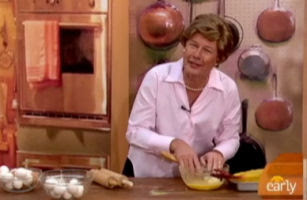 AS PLAYED BY:
Dan Aykroyd 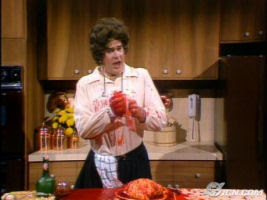 And, of course, Harry Smith dressed up as the French Chef because Meryl Streep played the role in the movie "Julie and Julia" over this past summer.....

Labels: As Seen On TV, Big Screen TV, Outside the Box, Recastaways, Skitlandia 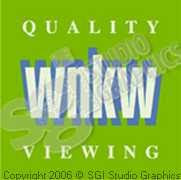 station seen in "Jack & Jill" and recently on "Fringe" and "Heroes". So far I've spotted in the fifth ep. of The Vampire Diaries set in Mystic Falls and on the pilot for CBS' The Good Wife. Check it out and see if there are even more of this tv station that seems to act as a local station and a national network. I guess it's like a fictional version of WTBS/TBS Superstation or WGN9 in Chicago/WGN America. Just thought you'd like to know.
Fantastic! Not only did he let us know about more appearances by WNKW, but he also supplied a great splainin for its presence in Virginia and Chicago!
Thanks, Vincent!
BCnU!

AS SEEN ON TV: PAUL WATSON 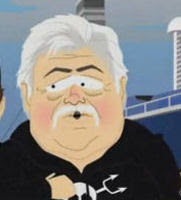 magazine about taking a bullet from the Japanese, and 'Whale Wars', his new series on Animal Planet.
MJ: Are you willing to sacrifice your life to save a single whale?
PW: We do that all the time. The one thing we won't do is injure anybody or take their life. Despite that, we're still called terrorists. But we aren't even a protest organization. We're intervening against illegal activities.
MJ: Is it true that during the filming of 'Whale Wars' you were shot by someone on a Japanese whaling ship?
PW: They did fire shots. And they actually informed the Australian government that they had fired shots. Until they heard that I was hit. Then they called the Australian government and said that wasn't true, in fact they didn't fire any shots. But the cameras, the audio equipment picked up the sound of the shots and the bullet was lodged in my Kevlar vest. Then of course the Japanese said we'd fabricated the whole thing. I'd shot myself or it was done before. But I was doing an interview with the Animal Planet people just prior to that confrontation where you can plainly see there is no bullet hole there. And in the middle of the conversation suddenly there is a bullet hole there. So, how that happened without them actually shooting me, they can't really explain.
This was depicted in the 'South Park' episode "Whale Whores". But Parker & Stone took it a wee bit further....... 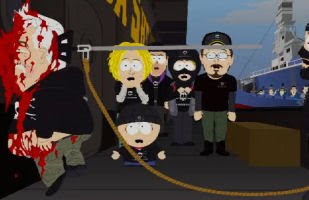 AS SEEN ON TV: HALLOWEEN - THE AFTERMATH

Here are a few of the morning talk show personalities, in the costumes they wore on Friday to celebrate Halloween:
CBS' THE EARLY SHOW 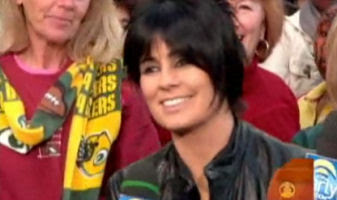 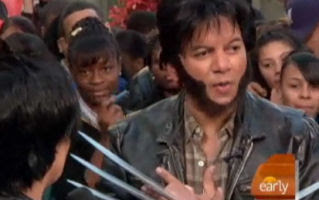 LIVE WITH REGIS AND KELLY 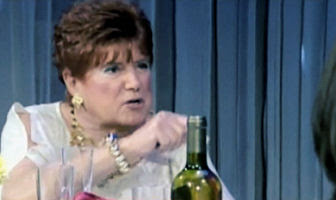 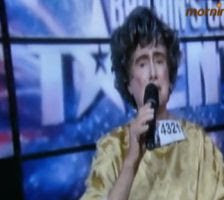 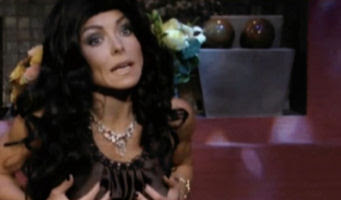 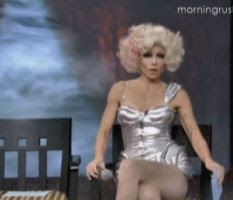 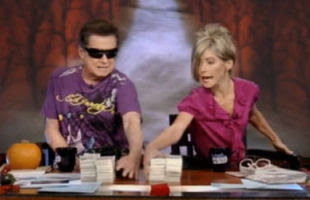