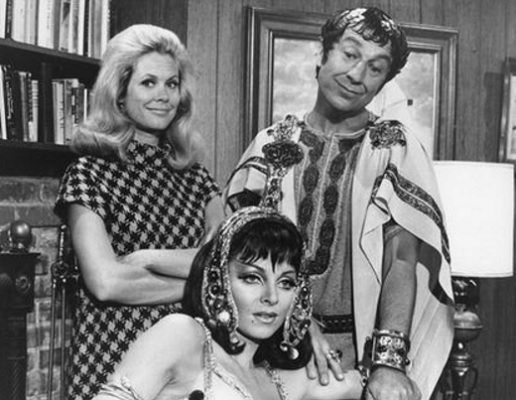 One of the recastway splainins which I came up with in regards to historical televersions (of which I'm very proud) is specific to 'Bewitched'.  Every so often Samantha or some other witch - usually Aunt Clara - conjured a figure right out of History.  However, it's my claim that the only one that was the true historical figure was Ben Franklin, since he was played by the official Franklin of Toobworld, Fredd Wayne.

As for the others?  They were summoned as fictionals out of books that could found in the Westport home of Darrin and Sam Stephens.  Usually they were originally illustrations of the original person - Napoleon, Washington, etc. - but in the case of Julius Caesar, he was magically transformed from a photograph. 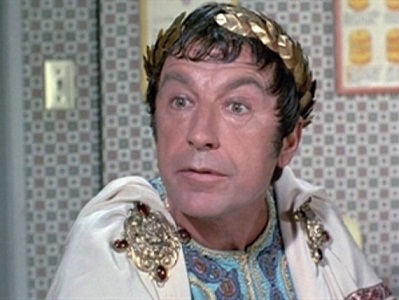 How did the author get a photograph of Julius Caesar?  He didn't.  It was actually a photograph of Jay Robinson as Caligula in the big screen movie "The Robe" which starred Richard Burton and Jean Simmons.

But this author, who probably wrote text books for the school system in TV's Texas, used that picture of the mad emperor to illustrate an article in his book about Julius Caesar.  (And the publisher, probably Whitestone Press, never caught the error in the proof-reading stage.)

We know "The Robe" exists as a movie in Toobworld: Gracie Allen mentioned it in a 'Burns And Allen' episode. 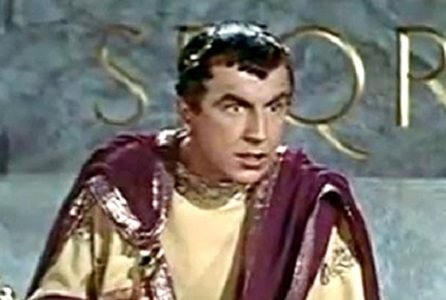 As for Cleopatra, she was probably summoned from a photograph in that same book from an unknown movie unique to Toobworld.  The Queen of the Nile would have been played by the televersion of Elizabeth Thompson, whose only other big screen accomplishments (at least in the real world) were in "Come Blow Your Horn" and "Critic's Choice".