AS SEEN ON TV: THE BLUE FAIRY 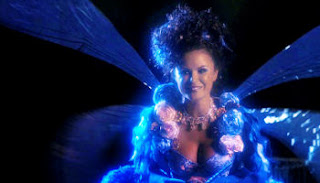 AS PLAYED BY:
Keegan Connor Tracy

From Wikipedia:
The Fairy With Turquoise Hair is a fictional character in Carlo Collodi's book "The Adventures of Pinocchio". She repeatedly appears at critical moments in Pinocchio's wanderings to admonish the little wooden puppet to avoid bad or risky behavior. Although the naïvely willful marionette initially resists her good advice, he somehow finds it within himself at last to follow her rightful instruction, albeit a bit reluctantly at first. She in turn eventually rewards him for his well-acquired and genuine goodness by enabling his transformation into a real, flesh-and-blood human boy and becomes a mother figure to him. The character is the inspiration for the Blue Fairy in Disney's adaptation of the story.

AS SEEN ON TV: MALEFICENT 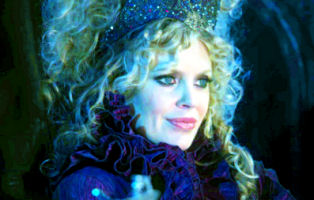 AS PLAYED BY:
Kristin Bauer

STATUS:
It's complicated.  See below....

From Wikipedia:
Maleficent is a fictional character and the main antagonist in Walt Disney's 1959 adaptation of "Sleeping Beauty". She is the self-proclaimed "Mistress of All Evil" who, after not being invited to the baby's christening, curses the infant Princess Aurora to "prick her finger on the spindle of a spinning wheel and die" before the sun sets on her sixteenth birthday. The character is Disney's adaptation of the evil fairy godmother from the original fairy tale.

Maleficent is often viewed as the most powerful and sinister of the Disney Villains, frequently acting as their leader in many crossovers, and her scenes in the climax of the film are among the darkest and most intense produced by Disney. In Ultimate Disney's top 30 Disney Villains countdown, Maleficent ranked #1.

As far as I can figure out, for this theory about all of the characters from the show to work, then Maleficent wasn't a native to the Literary Universe.  It sounds like she was created specifically for the Disney movie, which would make her a citizen of the Cineverse.  But 'Sleeping Beauty' was animated, so we have to call upon movies like "Enchanted" and "The Adventures Of Rocky And Bullwinkle" (and "Boris And Natasha") to splain away how humanoid characters in Toon form are changed into flesh and blood creatures once they cross over into another dimension.  (Which could mean that the live-action sequences of "Enchanted" and "The Adventures Of Rocky And Bullwinkle" might belong in Toobworld.....)

So Maleficent crossed over into the Literary Universe and was transformed in the process.  And as far as I know, she has yet to appear in Earth Prime-Time.

AS SEEN ON TV: GEPETTO 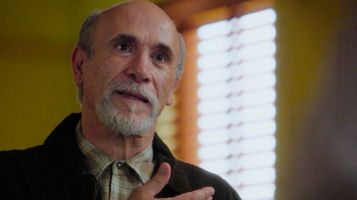 AS PLAYED BY:
Tony Amendola

From Wikipedia:
Mister Geppetto is a fictional character in the novel "The Adventures of Pinocchio" by Carlo Collodi. Geppetto is an elderly, impoverished woodcarver and the creator (and thus father) of Pinocchio. He wears a yellow wig that looks like cornmeal mush (or polendina), and subsequently the children of the neighborhood (as well as some of the adults) call him "Polendina", which greatly annoys him. "Geppetto" is a nickname for Giuseppe. Labels: Alternateevee, As Seen On TV, Book 'em, By Any Other Name, Wikipediaphile

AS SEEN ON TV: THE FAIRY GODMOTHER 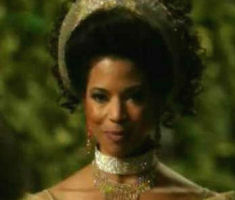 AS PLAYED BY:
Catherine Lough Haggquist

From Wikipedia:
In fairy tales, a fairy godmother is a fairy with magical powers who acts as a mentor or parent to someone, in the role that an actual godparent was expected to play in many societies. In Perrault's "Cinderella", he concludes the tale with the cynical moral that no personal advantages will suffice without proper connections. The fairy godmother is a special case of the donor.

Actual fairy godmothers are rare in fairy tales, but became familiar figures because of the popularity of the literary fairy tales of Madame d'Aulnoy and other précieuses, and Charles Perrault. Many other supernatural patrons feature in fairy tales; these include various kinds of animals and the spirit of a dead mother. The fairy godmother has her roots in the figures of the Fates; this is especially clear in "Sleeping Beauty", where they decree her fate, and are associated with spinning. 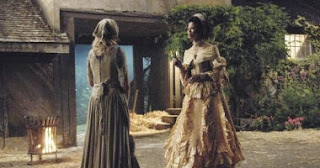 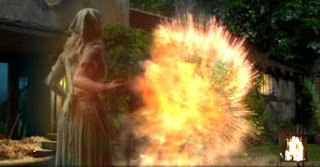 Cinderella's Fairy Godmother never made the dimensional crossing into Earth Prime-Time because Rumpelstiltskin blowed her up. Blowed her up real good!

But the true magic in that scene was this - how and why did the fire container move from the left of Cinderella to her right?

Oh... and the televersion of a No-Prize to whoever can figure out why the Fairy Godmother is featured today......

AS SEEN ON TV: THE EVIL QUEEN 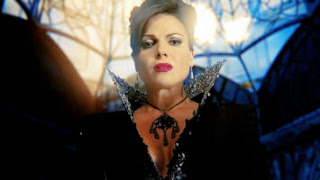 AS PLAYED BY:
Lana Parilla 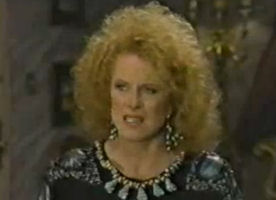 AS SEEN IN:
'The Charmings'

AS PLAYED BY:
Judy Parfitt

From Wikipedia:
The Evil Queen is a fictional character and the main antagonist in the German fairy tale "Snow White and the Seven Dwarfs", collected by the Brothers Grimm and adapted by Disney into an animated film.

The Queen is beautiful, but narcissistic and cruel and a very powerful sorceress. She marries a widowed king who has a daughter called Snow White from his first wife. The Queen envies Snow White's beauty, and so tries to have her killed, setting the story in motion.

AS SEEN ON TV: SNOW WHITE 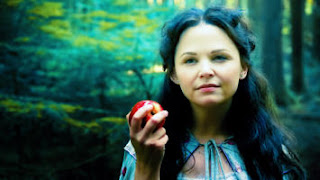 
AS PLAYED BY:
Ginnifer Goodwin

I still have a little free time, so here's a link to a photo gallery at Television Without Pity:

My thanks to Matthew Hickman of the Crossover Forum on Facebook for pointing this out!
Posted by Toby O'B at 10:59 AM 0 comments

AS SEEN ON TV: JIMINY CRICKET 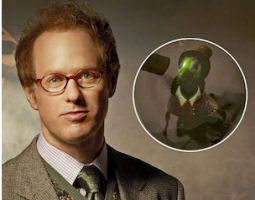 AS PLAYED BY:
Ralph Sbarge

From Wikipedia:
Jiminy Cricket is the Walt Disney version of "The Talking Cricket", a fictional character created by Carlo Collodi for his children's book "Pinocchio", which was adapted into an animated film by Disney in 1940. Originally an unnamed, minor character in Collodi's novel, he was transformed in the Disney version into a comical and wise partner who accompanies Pinocchio on his adventures, having been appointed by the Blue Fairy to serve as the official conscience for Pinocchio. Since his debut in "Pinocchio", he has become a recurring iconic Disney character and has made numerous other appearances.