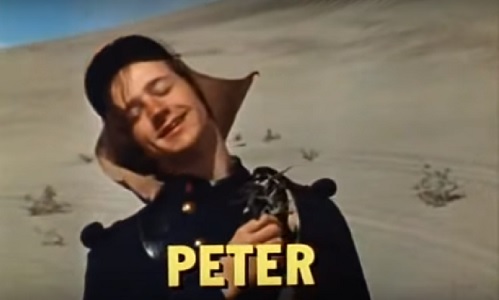 From the Los Angeles Times:
Peter Tork, a guitarist who became an overnight star in the late 1960s as one of the Monkees, the made-for-television rock band that was a pop-culture sensation, has died. He was 77.
“It is with beyond-heavy and broken hearts that we share the devastating news that our friend, mentor, teacher, and amazing soul, Peter Tork, has passed from this world,” Tork’s official Facebook account announced Thursday morning.


Inner Toob's Video Weekend would like to pay tribute to Mr. Tork.....


For our final salute to Black History Month with our Friday Hall of Famers, I saved my favorite for last….. 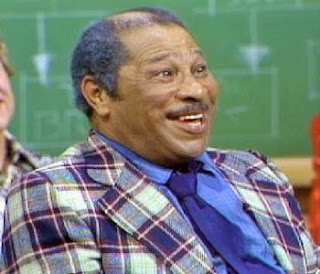 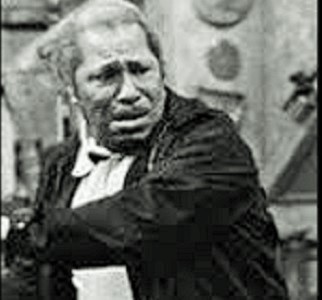 Bubba Bexley, along with Grady Wilson was one of Fred Sanford's two best friends on the Sanford and Son series, appearing frequently on the show throughout its run on NBC.

Bubba, who was sometimes portrayed as somewhat dim-witted, but loyal as Fred's friend, is known for his infectious belly-laugh and jovial persona. Bubba was primarily used as a straight man to set up punchlines for Fred, who often used him as the butt of his barbs. His loud greeting of "Hey Fred!" often drove Fred and Lamont crazy.

His function in several episodes is to encourage Fred into get-rich-quick schemes, as when he encourages Fred to fake having whiplash after he is hit by a white man in a Cadillac while driving the truck in the second season episode "Whiplash" (Season 2, episode #2, 1972), and Fred's scheme to get out of having to pay taxes by opening a church of "Junkists" as in the episode "Rev. Sanford" (Season 6, episode #18, 1977). 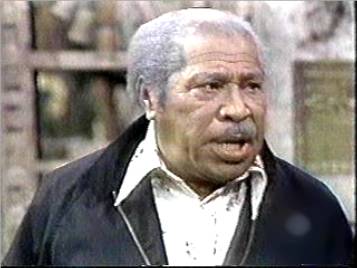 Bubba was played by Don Bexley for 43 episodes of the series, and for eight episodes of the failed spin-off series The Sanford Arms in the fall of 1977.From Wikipedia:Donald Thomas "Don" Bexley (March 10, 1910 - April 15, 1997) was an American actor and comedian, best known for playing Fred Sanford (Redd Foxx)'s friend Bubba Bexley on the 1970s television sitcom Sanford and Son. 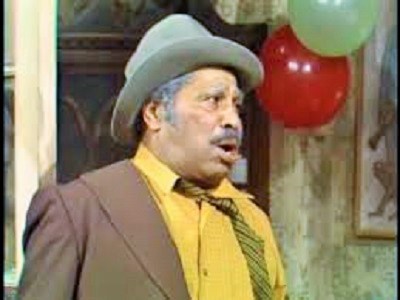 Foxx sent for him to join in the NBC sitcom Sanford and Son. It was Foxx who convinced Bud Yorkin and Aaron Ruben to hire Bexley to play one of Fred G. Sanford's friends. At the time, Bexley was 62 years old and had never appeared on television before. Bexley gained international popularity for his portrayal as "Bubba" on the series, which is a very successful "rerun sitcom" even today. 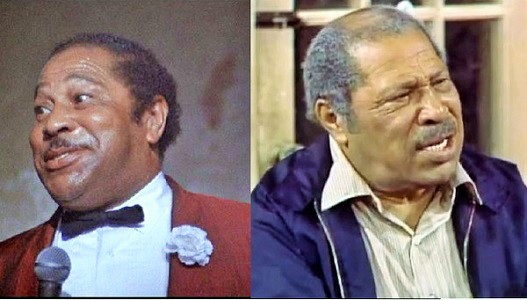 Sanford and Son was an instant hit and remained in the country's top 10 programs for its entire run from 1972 to 1977. Bexley reprised Bubba in the short-lived sequel, Sanford Arms, which had many of the same characters but not Foxx and Demond Wilson.
Grady Wilson is already a member of the Television
Crossover Hall Of Fame.  Now he has Bubba to join him…..SHOWS CITED: 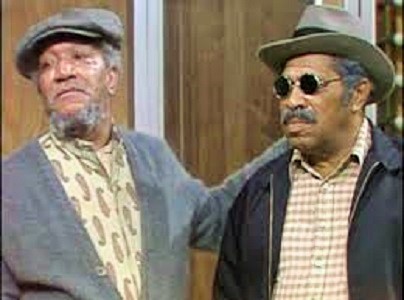 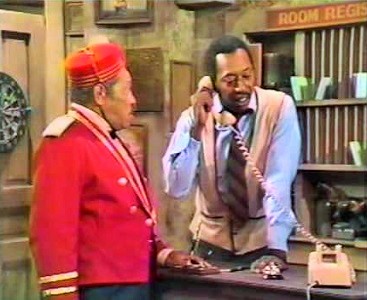 Sanford Arms (1977)8 episodes
Finally, here's an odd video I found which purportedly celebrates that which is Bubba....

Welcome to the Hall, Bubba!

FANFICCERS' FRIEND - "THE WONDER YEARS" AT THE NEW MILLENNIUM (NEARLY)


Entertainment Weekly recently posted a Twitter picture from Danica McKellar of her with her two ‘Wonder Years’ co-stars, Fred Savage and Josh Saviano.  They then compared it with a promo picture of the three of them as Kevin Arnold, Winnie Cooper, and Paul Pfeiffer from the beginning of the series’ run. 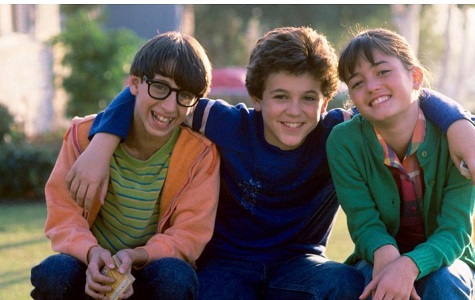 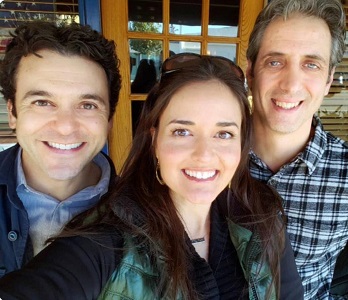 ‘The Wonder Years’ began in 1988 and ran until 1993.  So there’s been 31 years between these two pictures.  But we can’t look at this picture as to what the three characters look like today, only as the actors.The series began in 1988, but it took place twenty years earlier.From Wikipedia:The series depicts the social and family life of a boy in a typical American suburban middle-class family from 1968 to 1973, covering the ages of 12 through 17. Each year in the series takes place exactly 20 years before airing (1988 to 1993).So if we look at this “current” picture as a Toobworld photo of Kevin, Winnie, and Paul, then it was taken back in 1999.  Luckily, their clothing is nondescript enough to work in any era.So if you write fanfic about ‘The Wonder Years’, this picture could serve as inspiration for stories about the characters as the millennium approaches.If you do write it up, let me know where I can go to read it….BCnU!

Labels: As Seen On TV, Life During Prime-Time, O'Bservations, Outside the Box, Splainin To Do, Toobworld Timeline, Twipped from the Headlines

‘OUTLANDER’
“THE BIRDS AND THE BEES” 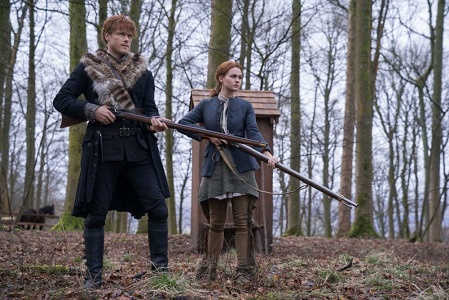 Reunited with their daughter in the past, Jamie and Claire took Brianna to the high point of Fraser’s Ridge in order to show her the magnificent view.  It made her think of Daniel Boone and she explained to her father that Boone was a famous pioneer in history – even though technically he was of the Here and Now. 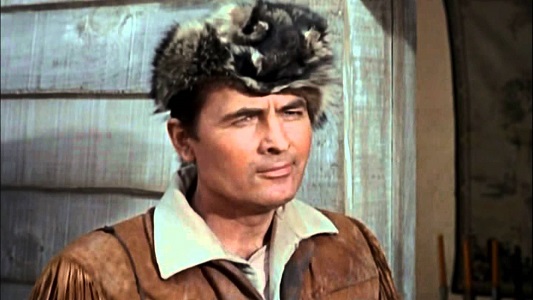 But should he eventually appear, O’Bviously played by some other actor, we can fall back on the same splainin which already had to be employed for the appearance of George Washington this season.  The difference in looks, aside from the Trueniverse splainin of recastaways, would be attributed to the perspective of the person who is viewing him.  In this case we’re seeing him from Claire’s perspective, (which is the one they stayed with for the rest of the episode, even when we were now seeing him with Jamie.)

Hopefully, Natty Bumppo does make the cut and shows up in the series!

Labels: As Seen On TV, Life During Prime-Time, O'Bservations, Recastaways, Splainin To Do, World Toob 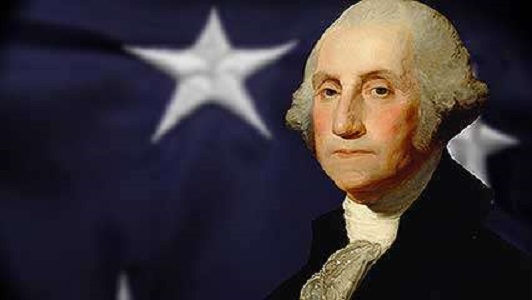 Today marks Presidents’ Day and there’s no better member of that very exclusive club – at least this current TV season – than the Father of His Country….

My personal connection to the Father of Our Country is very tangential – my paternal grandfather was born on February 22 and so he was given the middle name of “George”.  And that was passed down for the next two generations, making me the third to carry the full true name.  (And that’s why I prefer the nickname I was given.)

In the Television Crossover Hall of Fame, George Washington is a multidimensional who was inducted as part of the Class of the Proto-Hall.  The Proto-Hall consists of all those members who were celebrated for their crossover contributions before the Hall actually existed.  (He is considered the member in the November in those years before the Hall, from circa 1990 - 1998.)
Let’s take a look at the February 22nd birthday boy….From Wikipedia:George Washington (February 22, 1732 – December 14, 1799) was an American political leader, military general, statesman, and Founding Father who served as the first president of the United States (1789–1797). He commanded Patriot forces in the new nation's vital American Revolutionary War and led them to victory over the British. Washington also presided at the Constitutional Convention of 1787, which established the new federal government. For his manifold leadership during the American Revolution, he has been called the "Father of His Country".Washington succeeded a prosperous family of slaveholding planters in colonial Virginia. He had educational opportunities and launched a favourable career as a land surveyor. He then became a leader of the Virginia militia in the French and Indian War. During the Revolutionary War he was a delegate to the Continental Congress, was unanimously appointed commander-in-chief of the Army, and led an allied campaign to victory at the Siege of Yorktown ending the conflict. Once victory was in hand in 1783, he resigned as commander-in-chief.Washington was unanimously elected President by the Electoral College in the first two national elections. He promoted and oversaw implementation of a strong, well-financed national government, but remained impartial in the fierce rivalry between subordinates Thomas Jefferson and Alexander Hamilton. In the French Revolution, Washington proclaimed a policy of neutrality while sanctioning the Jay Treaty. He set enduring precedents for the office of president, including the title "President of the United States". Washington's Farewell Address was widely regarded as one of the most influential statements on republicanism.Washington customarily owned and traded African slaves, but became troubled with the institution, and freed them in his will. He was a member of the Anglican Church and the Freemasons, and urged tolerance for all religions in his roles as general and President. Upon his death, he was eulogized as "first in war, first in peace, and first in the hearts of his countrymen."  Washington has been memorialized by monuments, art, places, stamps, and currency, and he has been ranked by scholars among the four greatest American presidents.For more on the man in the Trueniverse, click here.There have been plenty of “televersions” for George Washington in the greater TV Universe, perhaps especially in the Tooniverse.  With so many, I feel charitable in sharing the wealth – any of the mini-series and TV movies in which he was depicted could be relegated to other TV dimensions since they have nothing to actually tie them to the main Toobworld of Earth Prime-Time.But for every time Washington showed up in a regular TV series and interacted with their fictional characters, there is a splainin to do in order to disable the Zonks caused by recastaways.  Each of these incarnations of the First President are how they appeared to the relevant TV character’s perspective.One time where that doesn’t apply was in the ‘Bewitched’ episode “George Washington Zapped Here.”  In that case, as with the Halloween figures summoned by Tabitha, George and Martha were brought to life out of a book in the Stephens’ home.We gained a new portrayal of George Washington in Earth Prime-Time this season.‘OUTLANDER’“WILMINGTON” 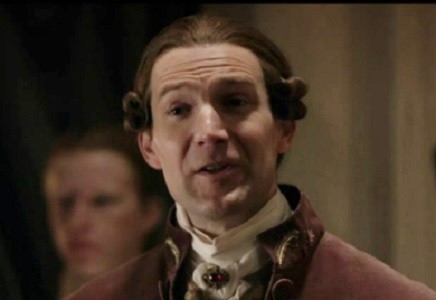 Simon Harrison played Washington at the age of 36 in 1768 when he was a member of the landed gentry in Virginia and held the title of Colonel after his exploits during the French & Indian War.  Washington and his wife Martha apparently were in Wilmington, North Carolina for some reason – perhaps on business? – and was attending the opening night production of a play.  There he met the Frasers, Jamie and Clare, as well as several other tele-historical figures like Royal Governor William Tryon and Edmund Fanning, a colonial administrator in North Carolina.Washington even got pulled into Jamie’s scheme to warn off a gang of “Regulators” who were about to walk into a trap while robbing a coach that was supposed to be carrying the excessive train revenue.  It is because of how Clare Fraser viewed him upon first espying him across the theatre lobby that locked in how Washington appeared to us in the Real World.  So even when Jamie Fraser encounters the Washingtons outside the theater on his own, we are still seeing Washington as he was first perceived by Clare. 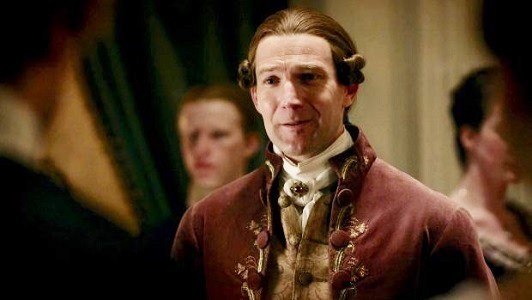 Just another cosmic mystery of Toobworld…