From The Guardian:
The actor Anna Karen, who has died in a house fire aged 85, was already appearing in a TV sitcom, ‘Wild, Wild Women’, as one of the workers in a millinery sweatshop, in 1969 when she was cast in another, in the role for which she is best remembered – Olive Rudge in the bawdy but hugely popular ‘On the Buses’.

The writing team of Ronald Wolfe and Ronald Chesney, who created both programmes, conceived Olive as the dowdy, put-upon wife of the idle Arthur (played by Michael Robbins). They would appear alongside Reg Varney as Olive’s brother, the bus driver Stan Butler, Bob Grant as his conductor, Jack, Stephen Lewis as their boss, Inspector “Blakey” Blake, and Doris Hare as Olive and Stan’s domineering mother.

Sadly, it seems like every other month this year, the inductee into the Television Crossover Hall of Fame has been a memorial tribute – Rose Nylund for Betty White (who was already inducted as herself years ago), Louie Anderson as himself, and now Olive Rudge, as a salute to Anna Karen, the actress who portrayed her. 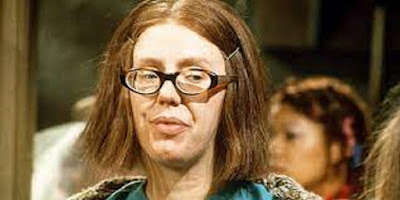 OLIVE RUDGE
QUEEN OF MAY
From the "On The Buses" Wiki:
Olive (Rudge) Butler (Anna Karen) is one of the main characters of the television series. She is Stan's sister. In all but the last series and a few individual episodes in other series, Olive hangs around the home all day in her dressing gown, until she divorces Arthur in the last series of the show and gets a job as a conductor ('clippie') on the buses.

She is married to Arthur Rudge until the final series of the show. Arthur constantly insults her as well as the other members of her family especially Stan Butler, and his best friend Jack Harper who make nasty jibes at Olive Rudge as well as when and before she became a clippie she is always the butt of everyone's jokes.

From Wikipedia:
Anna Karen as Olive Rudge, Stan's sister. Olive is always being criticised by her husband Arthur, even though she helps her mum with household jobs and frequently helps Stan with the decorating. Olive has twice been a clippie at the bus depot, both times being unsuccessful. She is always wanting "an early night" with Arthur, much to his displeasure.Here are the credits which qualified Olive Rudge for membership in the TVXOHOF.  All sumaries are from the IMDb: 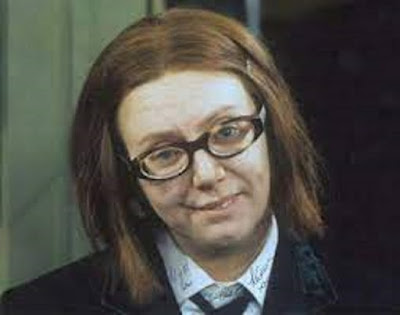 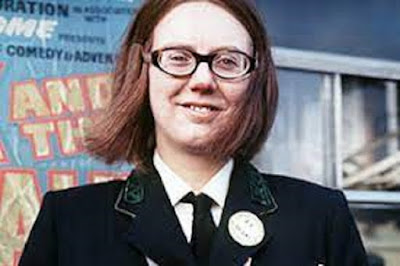 Jack-the-lad bus driver and conductor Stan and Jack enjoy the female employees more than their work and Inspector Blake is relentless in his attempts to make their lives a misery. 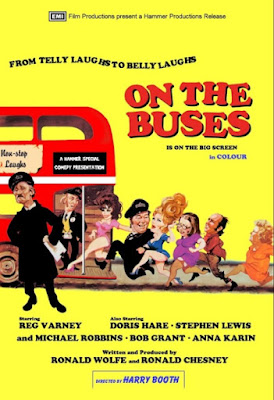 ON THE BUSES [Movie]
(1971)
When the bus company finds itself short-staffed, it is Inspector Blake who comes up with the brilliant idea of employing women drivers. The company is delighted, but the bus crews are horrified and try to get rid of the women. 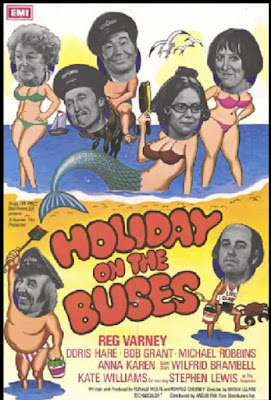 MUTINY ON THE BUSES [Movie]
(1972)
Bus driver Stan Butler agrees to marry Suzy, much to the anguish of Mum, her son-in-law, Arthur, and daughter Olive. How, they wonder, will they ever manage without Stan's money coming in? Then Arthur is sacked, and Stan agrees to delay the wedding. Meanwhile, he hits on an idea: Arthur should learn to drive a bus. Somehow he does just that, and even gets a job. Stan then blackmails the Depot Manager into giving him the job of driver on the new money-making Special Tours Bus. A great idea... if only the inspector hadn't taken Stan on his trial run to the Windsor Safari Park. 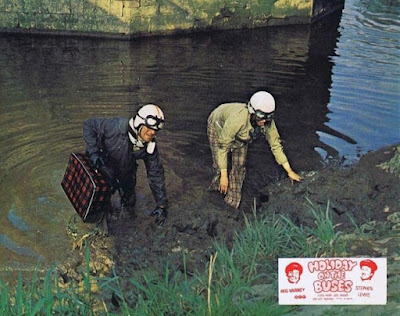 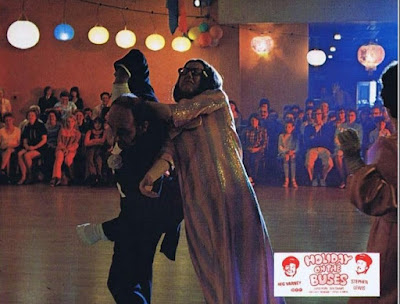 HOLIDAY ON THE BUSES [Movie]
(1973)
Stan and Jack seek work at a bus driving holiday camp after being fired from the bus company for crashing two buses, only to find Inspector Blake works there also. 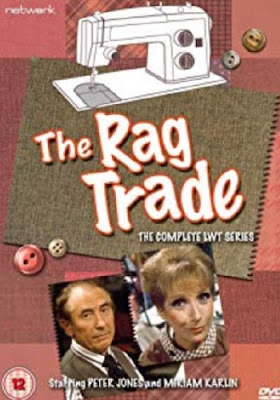 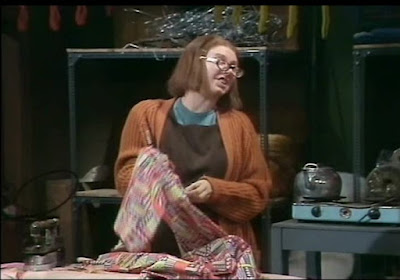 Christopher Beeny played the smarmy van driver, who was always making advances toward long haired Gillian Taylforth (Cathy Beale, from Eastenders). While Anna Karen (Olive from another gem of a series On The Buses) played one of the skiving machinists. 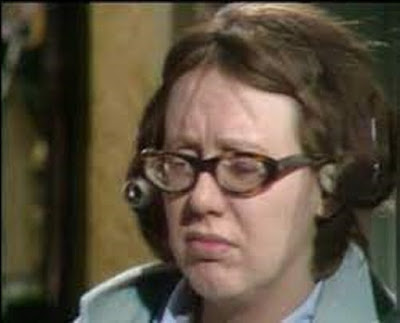 Good night and may God bless Anna Karen.
And welcome to the Hall, Olive…. 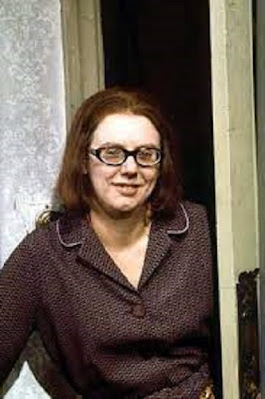