Of all the Marvel superheroes and the actors who play them, I've been certain that Scarlett Johansson's portrayal of the Black Widow would eventually show up in the greater TV Universe because they would be able to save money on the special effects.  But I figured she would O'Bviously be in the Comic Book Toobworld.

Instead, she showed up in Skitlandia.  However in this sketch, Scarlett appears as herself playing the Black Widow in the Skitlandian version of her own movie.....

The headline reference to another Black Widow would be to the elderly female criminal who sparred with the Dynamic Duo in Gotham City.  She was a master of disguise and is still the only Black Widow in Earth Prime-Time..... 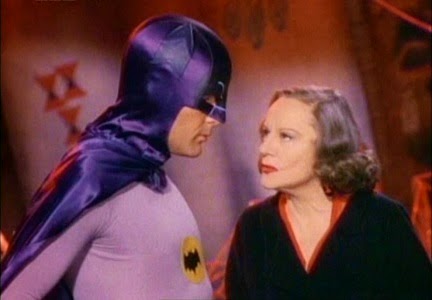 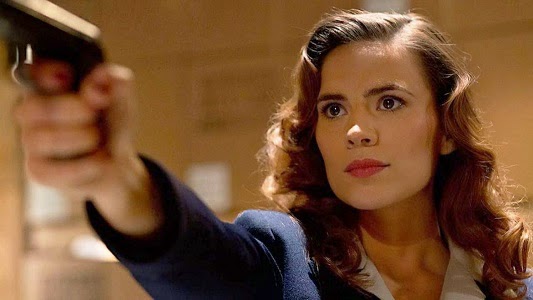 The TV dimension of Comic Book Toobworld has absorbed almost as many movies from the Cineverse as Earth Prime-Time has (although the 1966 "Batman" belongs in the main Toobworld.)

And it's this combination of movies and TV shows that makes it possible for Peggy Carter, first seen in "Captain America: The First Avenger" and who had her own miniseries earlier this year, to be inducted into the Television Crossover Hall Of Fame as the "May Queen" during our year-long British invasion.


Two of those are TV shows and the "One Shot" is a DVD extra.  The IMDb claims that she will also be seen in the "Ant Man" movie, but I'll wait and see if that's true.

Movies and TV shows aren't the only media in which Peggy Carter has appeared in.  As one might expect, she first appeared in the universe of comic books: 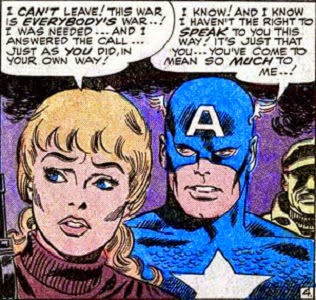 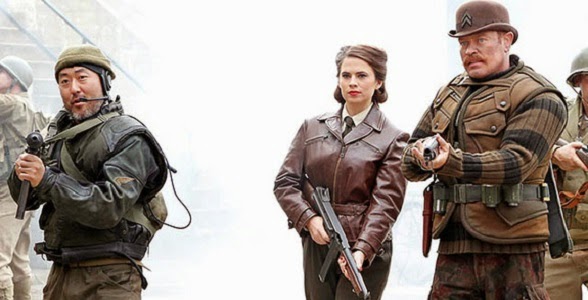 Peggy Carter in 'Agents Of SHIELD' 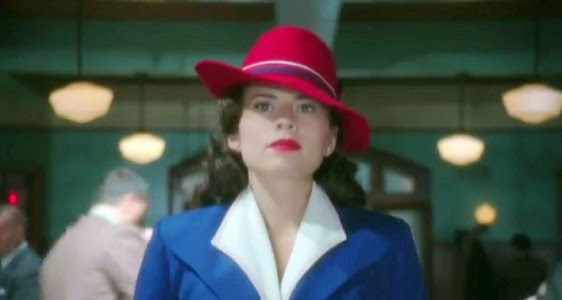 I'm hoping there will be a second season for 'Agent Carter' but if not, she's already firmly embedded in Toobworld.  And so that's why I'm tipping my helmet to her with this "honor".

A BLAST FROM THE PAST 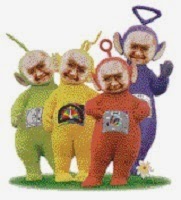 Before there was the blog "Inner Toob", there was an actual website, updated monthly, called "The Tubeworld Dynamic". [Note the "archaic" spelling.] Many of the pages have surprisingly been archived by Razoo & T-Shirt Kelley although most of the pictures are long gone. Still, you can see what it was like. And this page - sort of the mission statement - is almost totally intact..... 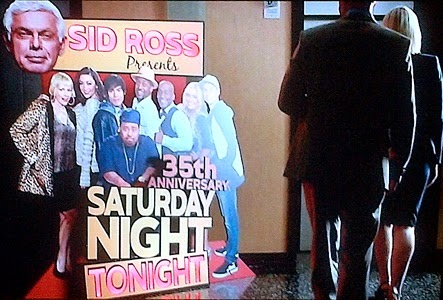 There were plenty of new TV shows presented in this episode, but mostly it was centered on an alt-Toobworld version of 'Saturday Night Live' called 'Saturday Night Tonight'.  The murder investigation revolved around that week's SNT episode which was to be hosted by fading action star Danny Valentine with musical guest Carly Rae Jepsen (who played herself.)  The crime was actually solved during the live broadcast of SNT and the murderer was brought down on set during a sketch which was spoofing the team of Detective Kate Beckett and author Richard Castle.

'Saturday Night Tonight' was created by Sid Ross in 1980 and had popular recurring sketch characters like Dr. Finger and Fluffy the Space Puppy.  But it also had duds like the Mexican Wrestlers in the "Luche Libre Brunch Buffet" sketches from a few years back.  (That probably was the same season that had the worst cast in the show's history*.) 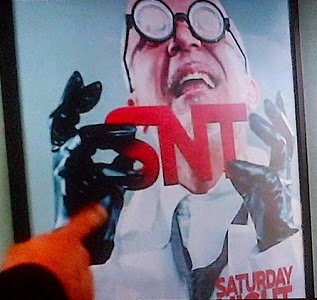 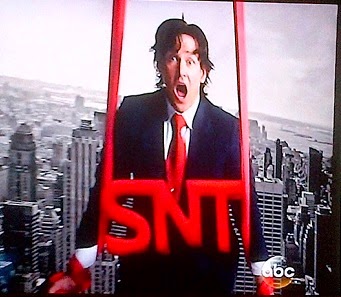 The murder victim could be seen as Lorne Michaels, the head writer as Tina Fey, and one of the show's performers, a loose cannon of a comic, could have been based on Tracey Morgan.

But it was through Danny Valentine we got the mentions of the other TV shows in "Castle World":
and a series of rental car commercials. 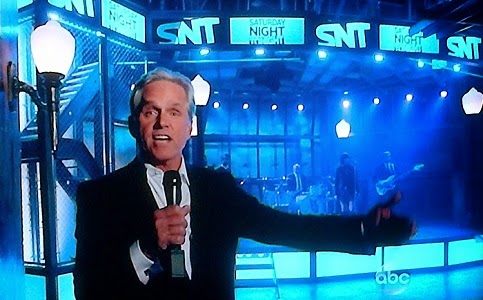 (Based on those first two shows listed, I'm leaning toward Valentine being "inspired" by William Shatner, of 'Star Trek' and 'TJ Hooker' fame.)

The rental car commercials?  I think it could be - should be! - for Gannon Car Rentals, best known in 'Lost', but also seen in: 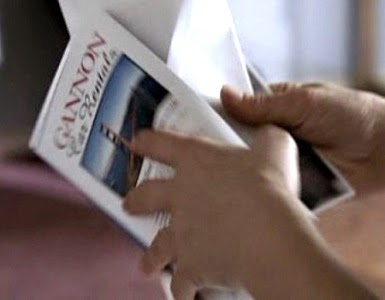 Both 'Glee' and 'nip/tuck', like 'Lost', took place in Earth Prime-Time, unlike 'Castle'.  ('Heroes' began in the main Toobworld, but Hiro created a divergent timeline which the show then followed, leaving the original iterations of the characters behind.)

But if Richard Castle and his daughter Alexis could be seen flying to London on an Oceanic Airways jet, then why couldn't Gannon Car Rentals be found in that dimension as well?

* I would not be surprised if all the people seen in the show's framed cast photos were crew members on 'Castle', getting in front of the camera for once.  In a way.... 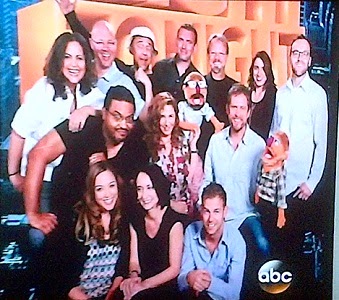 Labels: Alternateevee, As Seen On TV, Blipverts, La Triviata, League of Themselves, Life During Prime-Time, Lost In Thought, TV On TV, Wish-Craft


Today is the anniversary of Nellie Bly's birth.  Today's Google Doodle celebrates her. 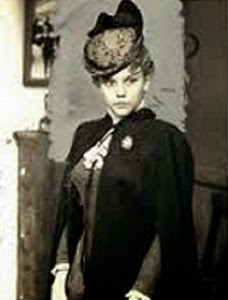 Nellie Bly (May 5, 1864 – January 27, 1922) was the pen name of American journalist Elizabeth Cochrane Seaman. She was also a writer, industrialist, inventor, and a charity worker who was widely known for her record-breaking trip around the world in 72 days, in emulation of Jules Verne's fictional character Phileas Fogg, and an exposé in which she faked insanity to study a mental institution from within. She was a pioneer in her field, and launched a new kind of investigative journalism.

In the Toobworld Dynamic, she's been portrayed in various TV dimensions by Linda Purl, Janet Blair, Julia Duffy, Joanna Koss, and Barbara Stanwyck.  She's an historical character who could have easily carried a TV series with so many possibilities for fictionalized events from her life.  The trip around the world alone could easily carry a full season.  I'm surprised we never saw her on 'The Murdoch Mysteries' but the show is still in production so it's pozz'ble, just pozz'ble, that she might yet visit Toronto.

(Nellie Bly is seen here with John Cockerill - played by Gene Barry - who may have been her editor/publisher.  And perhaps his soul would be born to rerun as Glenn Howard of 'The Name Of The Game'.) 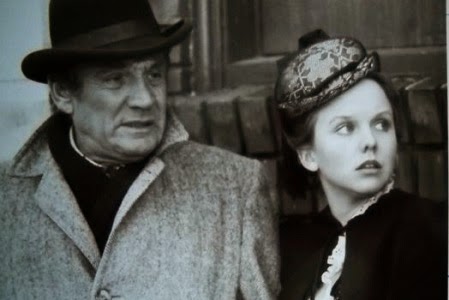 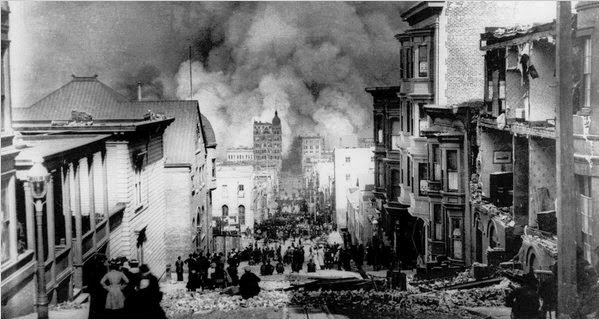 IM Global is developing a six-hour miniseries about the San Francisco earthquake and fire which nearly devestated the city in '1906' (which will be the title of the project.)

Being set so far in the past, the miniseries shouldn't violate any TV series and the lives of its characters.  In fact, the only connection I can see it having would be to the finale of the two-part 'Gambler' TV movie "The Luck Of The Draw", which ended with the first tremors of the earthquake.  So I see no reason why this miniseries can't be part of Earth Prime-Time's timeline.

And who knows?  Based on its characters' last names, maybe we can conjure a few theories of relateeveety to connect them to residents of modern day San Francisco.....

LOCATION SHOT - RETURN OF THE 12TH

"THE BEST WAY OUT IS ALWAYS THROUGH" 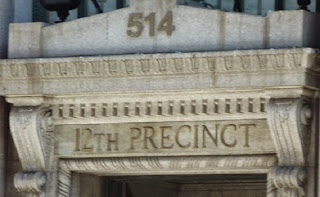 Detective Marcus Bell of the 11th Precinct was dating Detective Shauna Scott of the 12th Precinct.  What Bell didn't know was that Scott was also working for the Internal Affairs Bureau.... 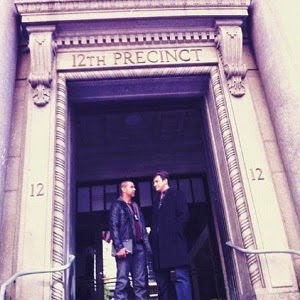 Since the series is about the Sherlock Holmes of the modern age in a world in which Arthur Conan Doyle never took credit for the stories about a similarly named consulting detective in the Victorian era, of which there is no mention in 'Elementary', I've placed the show in the same TV dimension as 'Sleepy Hollow'.  For that series, Washington Irving apparently never wrote about Ichabod Crane who - like Sherlock - exists in the modern age (although he did begin life in the Colonial period.)

I bring up Detective Scott because of her job at the 12th Precinct.  A few other cops from the 12th Precinct in the overall Toobworld Dynamic are Detectives Beckett, Esposito, and Ryan from the series 'Castle', Detective Reagan and Sgt. Renzulli of 'Blue Bloods', and of course, there's 'Barney Miller' and his squad in the original 12th Precinct building which is now a museum dedicated to Police Commissioner Theodore Roosevelt.  It has also "guest starred" in two shows in the 'Law & Order' franchise: 'Criminal Intent' and 'Special Victims Unit'.

Of them all, 'Barney Miller' and the 'L&O' franchise are the only ones that takes place in Earth Prime-Time.  (I wrote about the 12th Precinct back in 2009.)

However, all of those other characters from the 12th Precincts in those other TV dimensions could conceivably be found in the main Toobworld as well.  Not that all of them would still be stationed at the 12th, nor would they all have to be on the same shift.  And even if they were, there are several floors in the new precinct building so their paths would never have to cross with each other.  Besides which, no current show located in the main Toobworld takes place at the 12th Precinct, so it's not like we're going to see them bump into each other anyway.

VIDEO SUNDAY - HORSING AROUND WITH A THEORY OF RELATEEVEETY 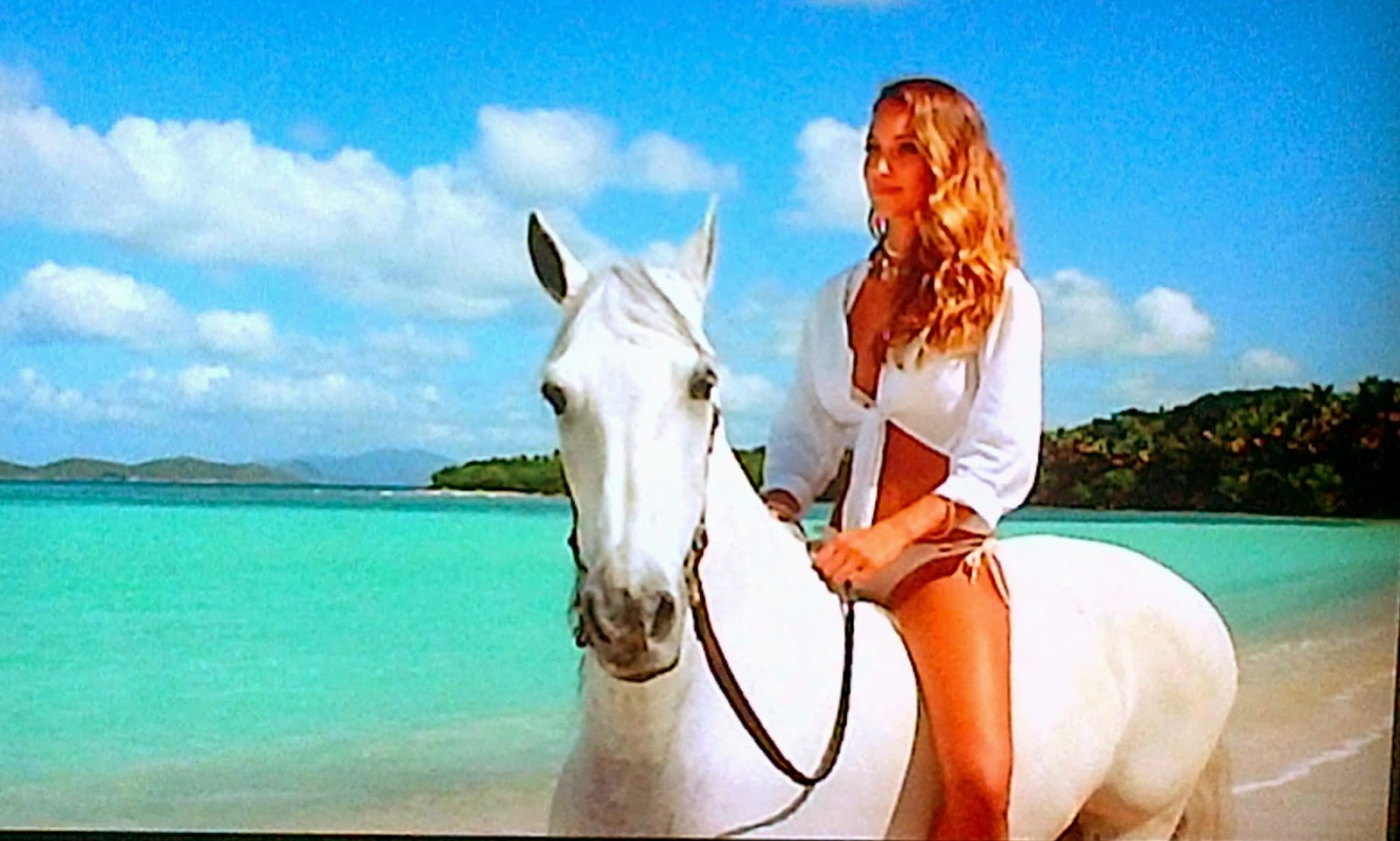 Everybody knows that Mr. Ed was a talking horse, of course, of course.  And for the Toobworld Dynamic, he was descended from the talking horses known as the Houyhnhnms, first encountered by Lemuel Gulliver.  What you might not have realized was that Mr. Ed was not only a talker but a serlinguist, able to converse through the dimensional veil with us in the Trueniverse.

He wasn't talking to Wilbur; he was looking straight into the camera and addressing the Trueniverse audience.

And now, his great great great (perhaps more?) grandson is continuing that tradition, as a spokesman for DirecTV.

Somewhere along that family line, Mr. Ed's descendants moved to Australia because this new talking horse has a down under accent.