From iSpot.tv:While marveling over the taste of McDonald's Cheesy Bacon Fries, J.B. Smoove and Ken Jeong debate about what makes the savory side so delicious. J.B. says it's all about the fries that simply feature bacon. However, Ken counters that it's the bacon that will bring the fries to a whole new audience. When they're unable to come to an agreement, Ken begins a bacon ovation to make his point clear. For a limited time, McDonald's invites you to find out for yourself if this is the best thing to happen to its classics ... or to bacon.
To me, it looks like they’re backstage in the green room for a talk show.  But what talk show?
Of course I’m going to advocate for a fictional talk show found only in Toobworld.

I’d love for it to be ‘The Larry Sanders Show’ but those brick walls were nowhere to be seen during the run of the HBO show.  (And I’m afraid that show is off the air, even if we try to ignore the probability that – like Garry Shandling – Larry Sanders has ceased to be.)So I’m asking you, Team Toobworld – what talk show could JB and Ken be at?  And you could come up with your own idea.  There are plenty of TV characters out there who could have their own TV show in Toobworld.  Here in the Real World, it seems like every celebrity had their own talk show for a time.BCnU!
Posted by Toby O'B at 12:30 AM 0 comments


Danger, Will Robinson!You’re about to enter the TVXOHOF! 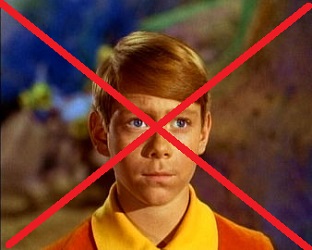 Oh.  Not THAT Will Robinson…..
SMOKEY ROBINSON 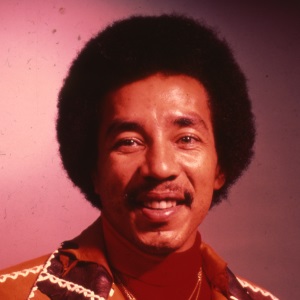 From Wikipedia:William "Smokey" Robinson Jr.(born February 19, 1940) is an American singer, songwriter, record producer, and former record executive. Robinson was the founder and front man of the Motown vocal group the Miracles, for which he was also chief songwriter and producer. Robinson led the group from its 1955 origins as the Five Chimes until 1972 when he announced a retirement from the group to focus on his role as Motown's vice president.However, Robinson returned to the music industry as a solo artist the following year. Following the sale of Motown Records in 1988, Robinson left the company in 1990. He was inducted into the Rock and Roll Hall of Fame in 1987. Robinson was awarded the 2016 Library of Congress Gershwin Prize for his lifetime contributions to popular music.Mr. Robinson is being inducted into the Television Crossover Hall of Fame as a member of the League of Themselves.

Here are his main credits for qualification: 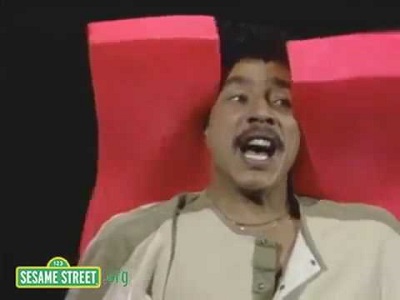 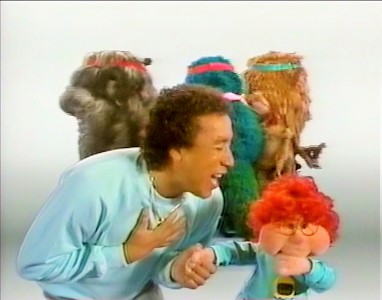 From The Muppet Wiki:Robinson guest starred in episode 107 of The Jim Henson Hour, where he sang "Just to See Her" and "Jump (For My Love)" with the Muppet cast. The Young and the Restless
- Episode #1.7837 (2004) According to Mental Floss, Smokey gave advice on the music industry to one of the characters (see below), but they don’t identify the resident of Genoa City, Wisconsin.Days of Our Lives
- Episode #1.10444 (2006) From Access:BURBANK (October 6, 2006) — Smokey Robinson will play a stranger with an ax on an upcoming story line on NBC’s “Days of Our Lives.”He plays a nice guy, not a murderer. The story has Marlena Black lost in the snow and she runs into Robinson, who happens to be vacationing at a secluded cabin nearby. He rescues her from the cold and calls authorities.When John tracks her down, Robinson gives them an impromptu performance of his new song “I Love Your Face,” from his new album, “Timeless Love.” 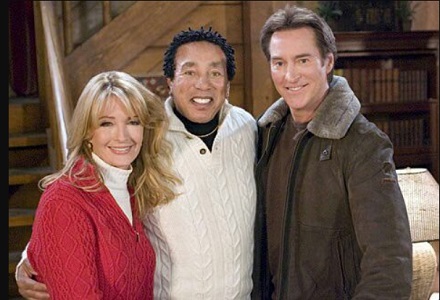 From Mental Floss:Music legend Smokey Robinson appearing on a soap opera wasn't unusual in and of itself; in 2004, he had a cameo on The Young and the Restless and gave a character advice on the music business. The nature of the storyline on his two-episode appearance on Days of Our Lives, though, was a bit stranger.While flying to Canada to find an antidote for the poisoned Steve and Kayla, Marlena and John's plane crashed. Marlena Black got lost in the snowy wilderness after parachuting out, and was startled when a mysterious man approached her carrying an axe. That man turned out to be Smokey Robinson, in the middle of his vacation. Robinson brought Marlena to his secluded cabin and called the proper authorities. To ensure his status as the World's Greatest Host, Robinson serenaded the reunited Marlena and John the next day with his 1991 song "I Love Your Face."I was surprised to find only one Toobworld reference to Smokey Robinson and that was from the goldmine of pop culture references…..Psych
Shawn and Gus Truck Things Up
BURTON “GUS” GUSTERWhy are people named Smokey always so shady? SHAWN SPENSER:Smokey in “Friday”.GUS: Smokey from “The PJs”. SHAWN:Smokey Robinson.


I’m surprised that was the only one.  I would have thought he’d have been cited in shows like ‘Empire’ and ‘Star’. Smokey not only has a televersion in the main Toobworld, but he also is a toon over in the Tooniverse…… 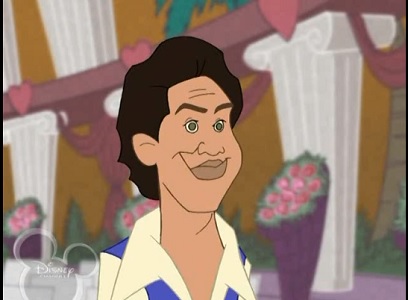 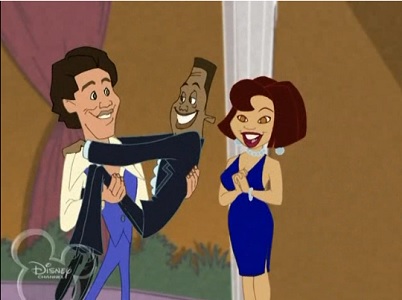 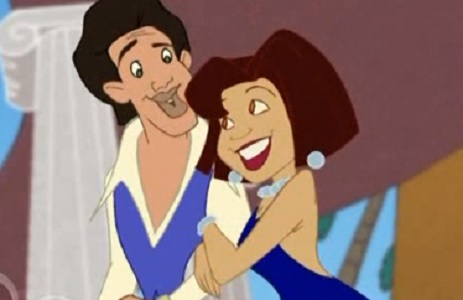 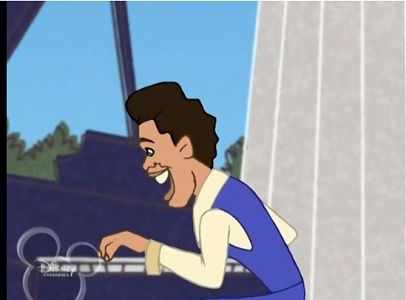 The Proud Family - Wedding Bell Blues (2003) Smokey is paid 50,000 dollars to perform at Suga Mama’s wedding.  He was paid in advance and planned to try his luck in the casino.Welcome to the Hall, Smokey!


A little something for Valentine's Day.... 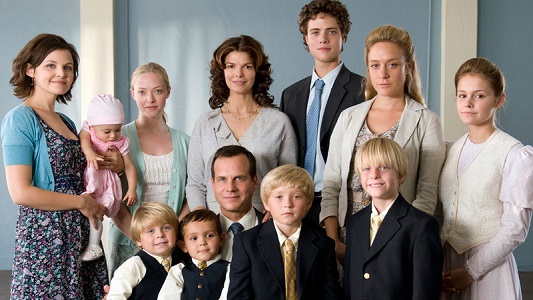 From the IMDb:
Jonathan Creek:
Time Waits for Norman (1998)
Maddy refers to Rebecca as "Kojak" because she's bald,  She's also seen an episode "about some bloke in Utah with three wives".

I admit, the temptation is there to make a connection to ‘Big Love’.  But ‘Big Love’ debuted in 2006 and ran until 2011.  The series seen in the Trueniverse depicted events which were taking place at around the same time as the broadcast.  We can’t make the claim that while ‘Big Love’ was taking place in the main Toobworld, it had actually occurred in the past.  If that was true, then there could have been a Toobworld TV series which treated Bill Henrickson and his three wives as historical figures.

But I can’t sustain that argument because of trivial timeline matters that belie the historical aspect – makes of cars, topical references, etc.

Besides, I know (better than most, considering I’m the Curator of the Toobworld Dynamic!) that a basic tenet is that eventually everybody in Earth Prime-Time will have a TV show made about them.  However, I just don’t like it that much, except in the case of true historical series – Westerns and all of those British costume dramas.

Even so, if I looked it into deep enough for references to ‘Big Love’ by other TV series characters, I will eventually have to admit that a fictional TV show about the Henrickson enclave actually does exist in Toobworld.

And so it goes.

Regarding that last statement, “Who cares?”I had to look up who those two guys were.  For a second, I thought they had cloned Zachary Quinto.Jonathan and Drew Scott are twin brothers and the co-hosts “of the TV series ‘Property Brothers’, as well as the program's spin-offs ‘Buying and Selling’, ‘Brother Vs. Brother’, and ‘Property Brothers: At Home’, which are broadcast in the U.S. on HGTV. Scott is also co-founder and executive producer of Scott Brothers Entertainment, which creates TV, film, and digital content for North American and international broadcasters. In addition to entertainment, the twins have launched the lifestyle brand Scott Living and its extension, Dream Homes.”(From Wikipedia)
Do they really have that big a following that they didn’t need to be identified in the commercial?  If so, I’m O’Bviously in the wrong demographic.
Bring back Ving Rhames!
BCnU!

O'Bservation - By the way, Jonathan and Drew Scott?  Two for Tuesday!


For me, this was the worst of this year’s Super Bowl commercials.  And that’s because I just found it boring.  It really lowered the excitement in the room.  I will not be surprised should I find out there has been hatred towards the commercial for promoting harmony with this image: 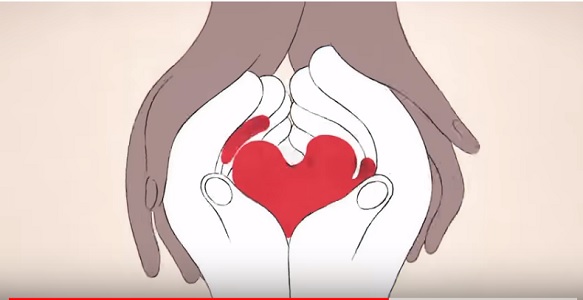 I actually thought it looks pretty sexy.  Gee, I don't what makes me think that....

I would have tried to go for something that really grabbed the attention instead of this, which was sweet but too slow.  Considering the Super Bowl was already being dominated by Pepsi with their sponsorship of the half-time show, Coke really needed to step up and pull out all the stops.

Fear not though, Coke.  You’re still my drink (diet version).