Today is the 70th birthday of David Hasselhoff, “The Hoff”.  And I thought it would make a nice birthday present to him (as if he would ever see this!) to induct him into the Television Crossover Hall of Fame as a member of the League of Themselves.  (Especially since his buddy K.I.T.T. was inducted two weeks ago as the July 2022 showcase.) 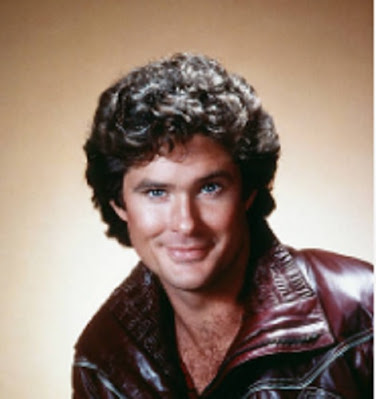 From Wikipedia:
David Michael Hasselhoff (born July 17, 1952), nicknamed "The Hoff", is an American actor, singer, producer, television personality, and businessman. He has set a Guinness World Record as the most watched man on TV. Hasselhoff first gained recognition on ‘The Young and The Restless’ (1975–1982), playing the role of Dr. Snapper Foster. His career continued with his leading role as Michael Knight on ‘Knight Rider’ (1982–1986) and as L.A. County Lifeguard Mitch Buchannon in ‘Baywatch’ (1989–2000). He also produced ‘Baywatch’ from the 1990s until 2001 when the series ended with ‘Baywatch Hawaii’. 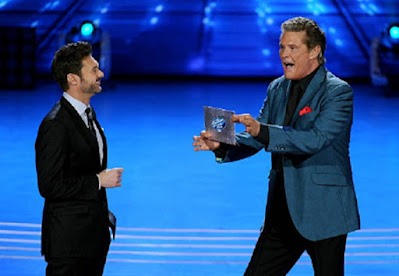 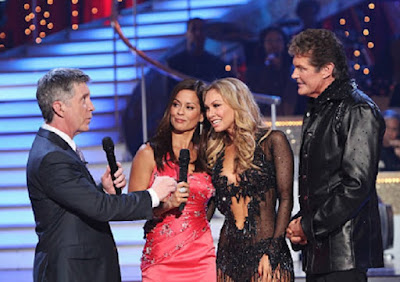 Hasselhoff appeared as a contestant on season 11 of ‘Dancing with the Stars’. His professional dance partner was Kym Johnson. On September 21, 2010, they were the first couple eliminated from the competition.
Hasselhoff became a judge on ‘Britain's Got Talent’ in 2011 alongside Amanda Holden, Michael McIntyre and Simon Cowell. However, Hasselhoff was axed after only one series on the show and was replaced by David Walliams. 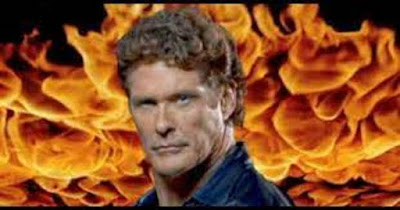 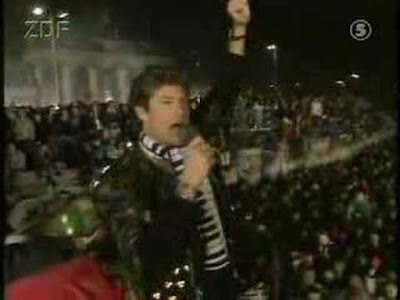 On New Year's Eve he performed again at the Brandenburg Gate, arriving late because his plane was diverted to Hannover.
Hasselhoff and his daughters, Taylor-Ann and Hayley, starred in a reality series on A&E called ‘The Hasselhoffs’. The series launched on December 5, 2010, and focused on Hasselhoff's attempts to resuscitate his career and launch his daughters onto the Hollywood stage.  (On December 10, 2010, A&E confirmed in a statement that, after airing just two episodes, ‘The Hasselhoffs’ had been canceled.) 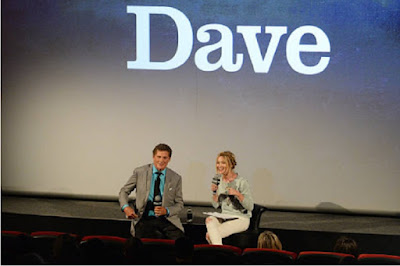 In 2014, UK channel Dave announced that it had commissioned ‘Hoff the Record’, a sitcom series in which Hasselhoff plays a fictionalized version of himself. The series started airing on June 18, 2015.
Here are the shows in which Hasselhoff either appeared as himself or was mentioned by TV characters in other shows which verify the existence of his televersion in Earth Prime-Time… and perhaps in other TV dimensions as well. 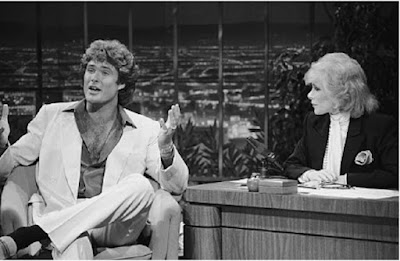 O’Bservations:
So far, this show – and ‘The View’ – are the only talk shows which have had their televersions inducted into the TVXOHOF.  It wasn’t just that they were often mentioned in other shows, but they were fictionalized in the storyline of episodes as well.  That’s why they’re both included. 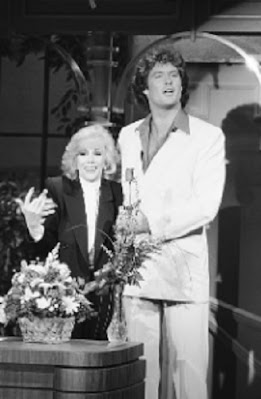 However, TVXOHOF member Johnny wasn't hosting that night.  Fellow hall member Joan Rivers had the honors.  (Hasselhoff was in good company - Carson wasn't there for the one chance to be with the Beatles.) 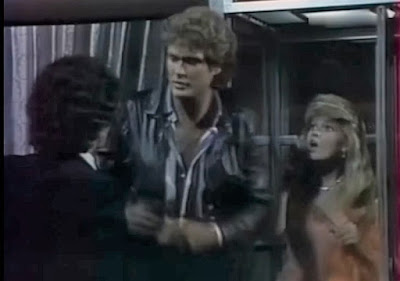 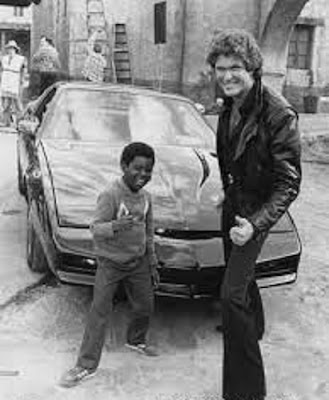 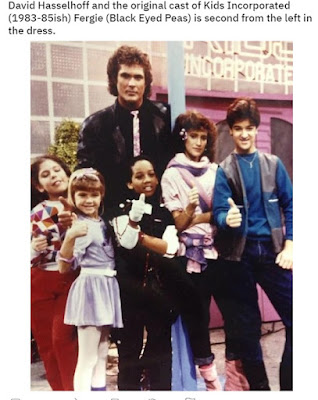 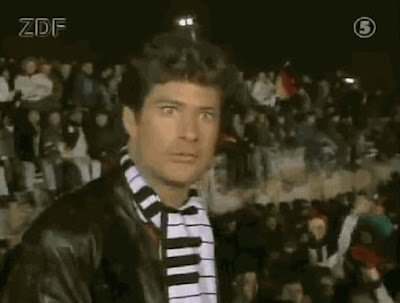 O’Bservation:
The series takes place in Northern Ireland in 1989.  The Hoff was seen at the Berlin Wall as it comes down.

The Muppets:
She Drives Me Crazy (1994 Music Video short) 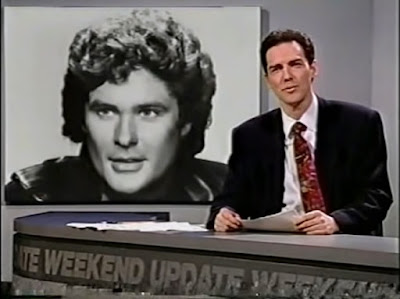 O’Bservation:
As the anchor of “Weekend News Update” on the long-running sketch show, MacDonald spent weeks setting up The Hoff’s appearance on the show.  Every WNU had one story about Hasselhoff in connection to how the fans worship him in Germany.  All of these screenshots leading up to the pay-off would end with: “Which once again proves my theory that the Germans love David Hasselhoff." 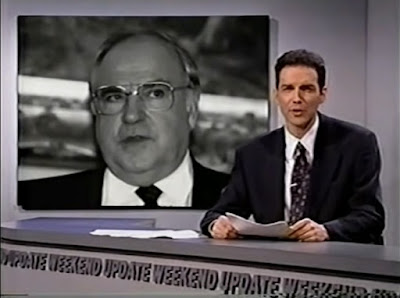 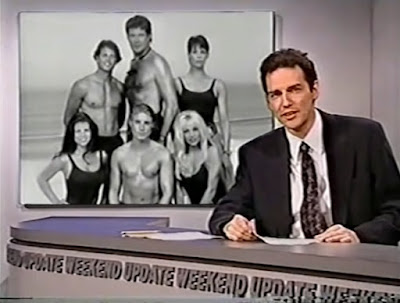 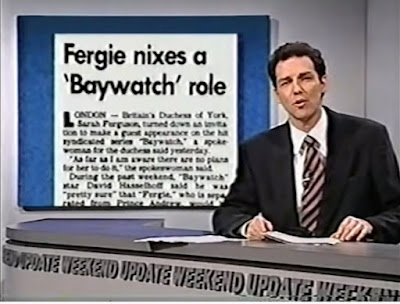 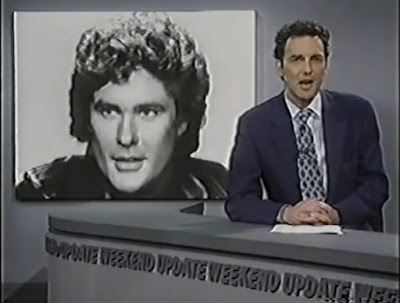 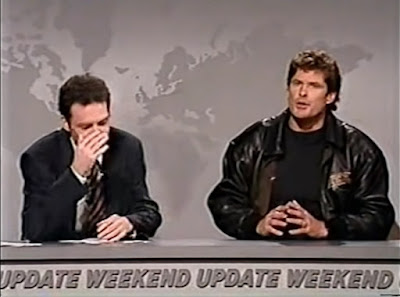 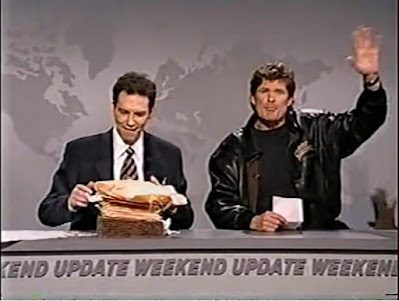 O'Bservation:
You are missed, Norm. 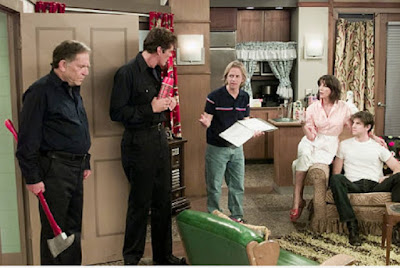 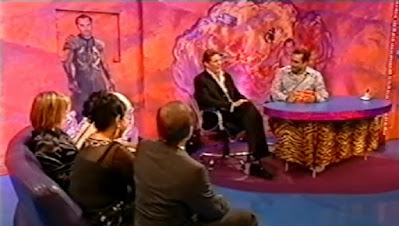 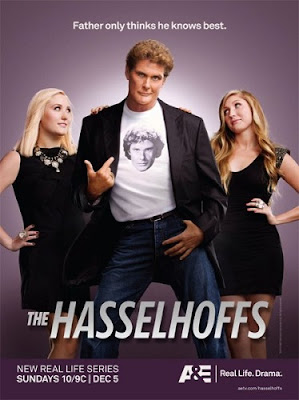 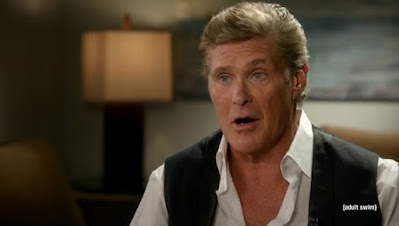 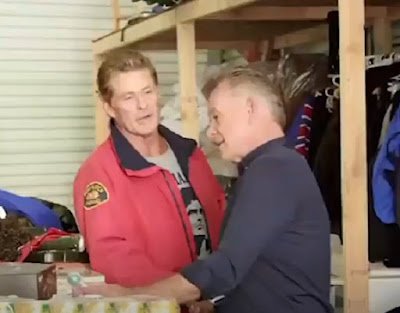 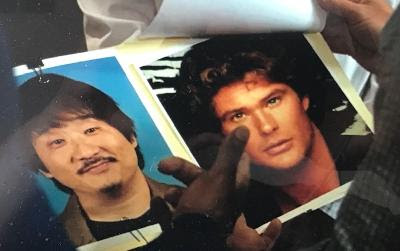 O’Bservation:
The suspect was hoping to get cosmetic surgery so that he would look like The Hoff.  (The doctor did say the photo was just a guideline....) 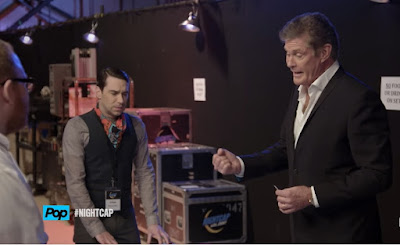 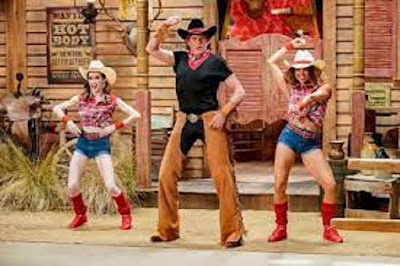 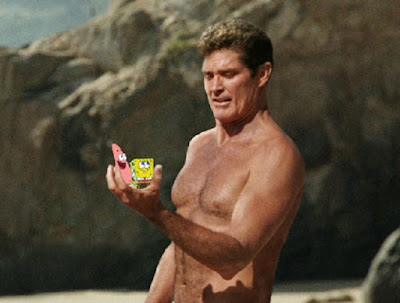 The SpongeBob SquarePants Movie (2004)
O’Bservation:
This exists in both the Cineverse and in a Borderland which combines live-action with animation.

Welcome to the TVXOHOF, Hoff! 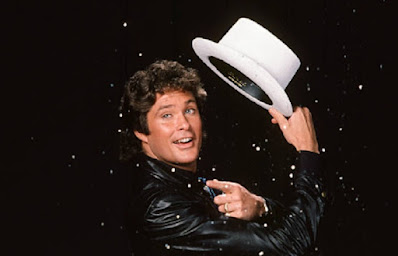