In this month dedicated to the newsmakers and newscasters, the Television Crossover Hall of Fame is continuing with another newscaster and television personality…. 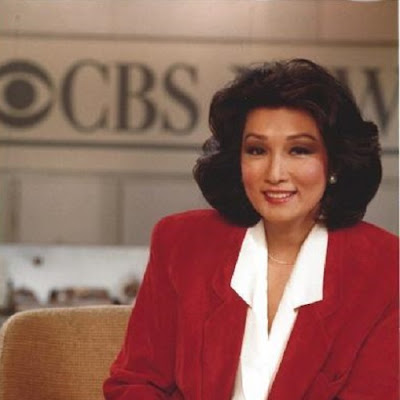 CONNIE CHUNG
From Wikipedia:
Constance Yu-Hwa Chung (born August 20, 1946) is an American journalist. She has been an anchor and reporter for the U.S. television news networks NBC, CBS, ABC, CNN, and MSNBC. Some of her more famous interview subjects include Claus von Bülow and U.S. Representative Gary Condit, whom Chung interviewed first after the Chandra Levy disappearance, and basketball legend Magic Johnson after he went public about being HIV-positive. In 1993, she became only the second woman to co-anchor a network newscast as part of ‘CBS Evening News’. She was removed in 1995 as ‘CBS Evening News’ co-anchor after a controversial interview with a fireman, during rescue efforts at the Oklahoma City bombing, which seemed inappropriately combative, and her interview tactics to get Newt Gingrich's mother to admit her unguarded thoughts about Hillary Clinton. 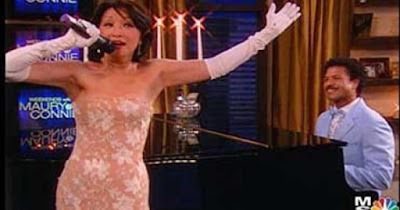 Having inducted Julie Chen last week, I’m not going after any particular theme here.  If I was, I would have saved them for the next lunar new year.
Actually, I thought of Ms. Chung (Mrs. Maury Povich) first, remembering her appearance on ‘Murphy Brown’ with several other women in the broadcast news business.  From there, I thought of Ms. Chen in an episode of ‘Yes, Dear’.  And since I needed the fodder to fill out all the Fridays in the month, I decided to feature them both….

I did go with Julie Chen first because she had more credits.  But that could be attributed to being married to Les Moonves, who was head of CBS at the time.  I’m more impressed with the credits Connie Chung has acquired.  After all, I don’t think being Mrs. Povich opened any doors for her in that regard.

Here are the episodes which have gained her access to the TVXOHOF (following the Toobworld timeline): 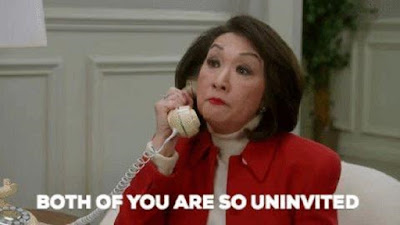 O’Bservation – Literally, she phoned it in! 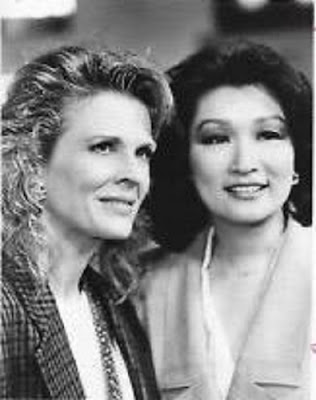 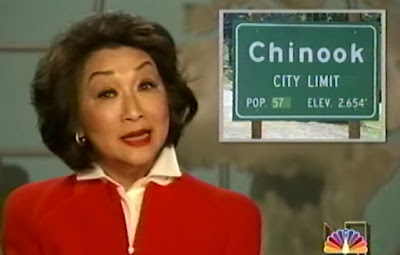 And she has a doppelganger in at least one alt-Toobworld…. 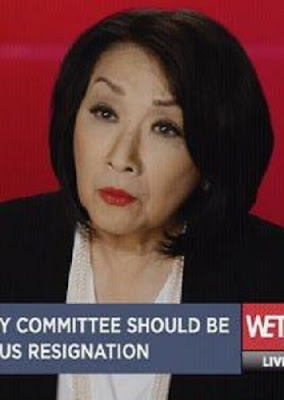