Thankfully, there haven’t been many memorial inductions into the Television Crossover Hall of Fame so far this year.  (I hope I haven’t jinxed things; we’ve still got 4½ months to go.)

But today we honor a legendary Bassist, who had two incarnations in Toobworld…. 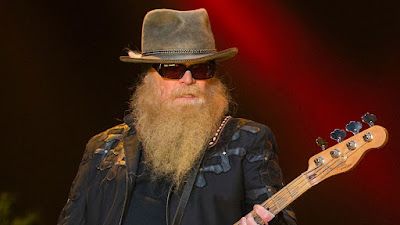 DUSTY HILL
of ZZ Top
[who are also being inducted] 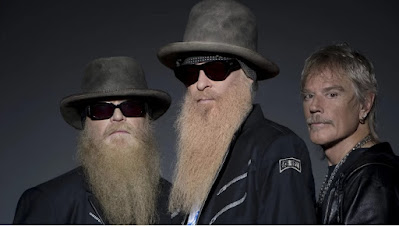 From Wikipedia:
Joe Michael "Dusty" Hill (May 19, 1949 – July 28, 2021) was an American musician who was the bassist of the rock band ZZ Top. He also sang lead and backing vocals, and played keyboards. He was inducted into the Rock and Roll Hall of Fame as a member of ZZ Top in 2004. Hill played with the band for over 50 years; after his death, he was replaced by the band's longtime guitar tech Elwood Francis, in line with Hill's wishes. 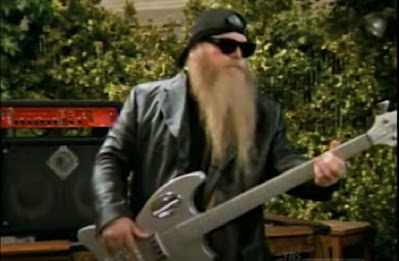 Hill's on-screen appearances include Back to the Future Part III, Mother Goose Rock 'n' Rhyme, the July 20, 2009 episode of WWE Raw and Deadwood, and as himself in the 11th-season episode of King of the Hill, "Hank Gets Dusted", in which Hank Hill is said to be Dusty's cousin.  He also made an appearance on The Drew Carey Show as himself auditioning for a spot in Drew's band, but was rejected because of his attachment to his trademark beard which he refers to as a 'Texas Goatee'.
Hill is a multidimensional member of the League of Themselves, having appeared in the main Toobworld and in the Tooniverse. 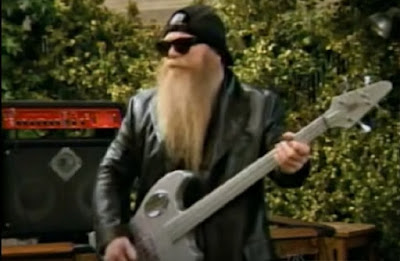 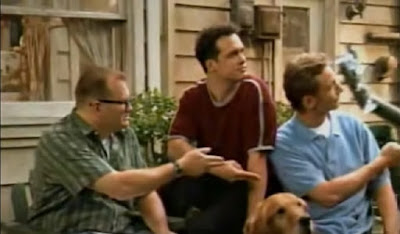 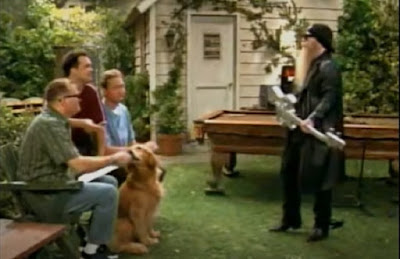 From the IMDb:
Drew is in charge of entertaining a group of investors from Vietnam. When Drew's band plays for the investors at a local hotel, the manager asks them to replace the regular hotel band. Drew is torn whether to focus on his career at the store or become a full-time musician.
The musicians that audition for "lounge" band "The Horn Dogs" are (not necessarily in order): Slash (GUNS & ROSES, etc.); Rick Nielsen (CHEAP TRICK, etc.); Matthew Sweet (solo, etc.); Joey Ramone (The RAMONES); Dave Mustaine (MEGADEATH, etc.); Dusty Hill (ZZ TOP); the legendary Roy Clark; Lisa Loeb (solo); Michael Stanley (solo); Johnny Laing (solo); and of course Joe Walsh (JAMES GANG, solo, The EAGLES, Ringo Starr All Star Revue, etc.)

As part of ZZ Top, Hill appeared in the following videos as themselves: 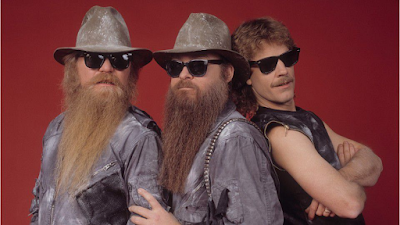 Each of those counts as a separate production, so they more than fulfill the quota needed for membership. 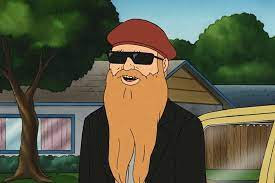 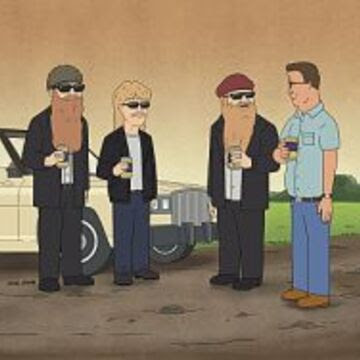 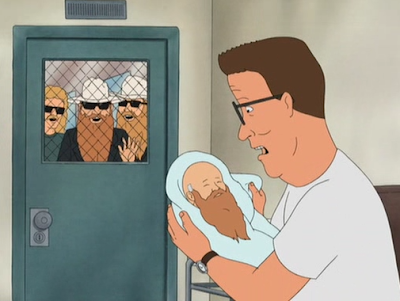 From the IMDb:
Hank's cousin, ZZ Top's Dusty Hill, comes to Arlen and makes Hank the butt of all his jokes for his new reality television program.

Dale Gribble:
Remember how they tricked you into thinking that Tom Landry died?
Hank Hill:
Yeah, and then when he finally did die, I didn't believe it and I went to work anyway. I'm still mortified.

All three members of ZZ Top are also being inducted as the Ghosts who look like ZZ Top, who are seen in 3 videos and in a sitcom, all of which are in the main Toobworld: 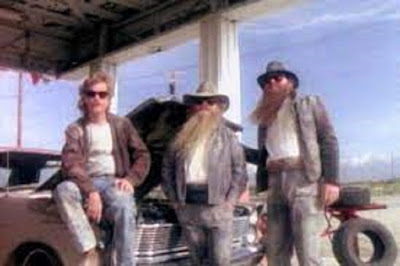 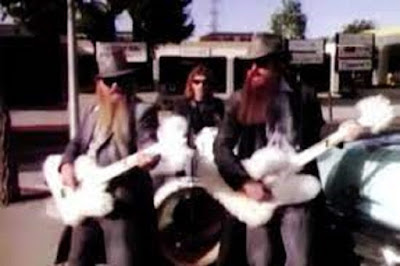 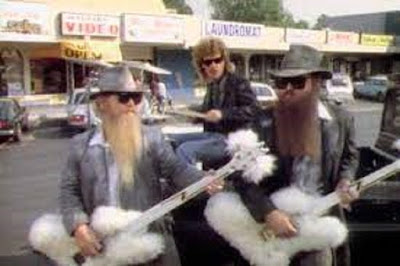 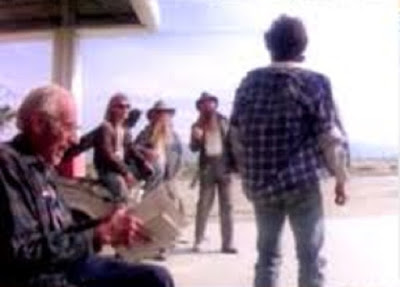 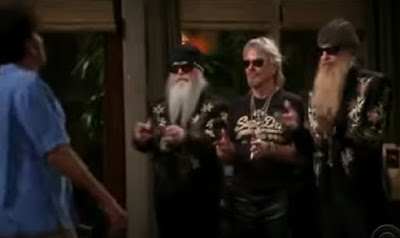 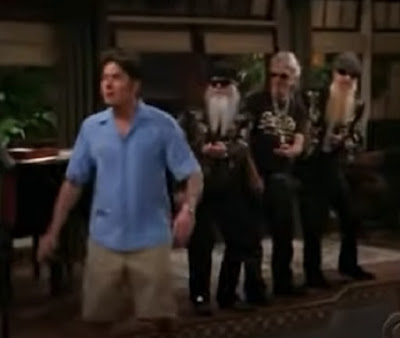 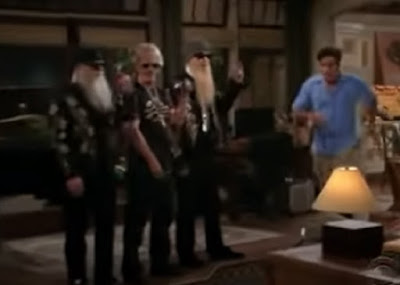 From the IMDb:
Even insensitive Jake now commiserates with Charlie's post-Chelsea-gloom. Charlie wants tranquilizers, but the pharmacist arranges a prescription for pot. Judith's late grandpa left a valuable clock to Alan. Alan decides to go pick it up in Sacramento by car and taking Jake enables father-son quality time, but they have hardly anything in common except no future.


It is unclear right now as to whether or not Billy Gibbons and Frank Beard will be inducted as individuals or not.  I didn't want to do the research because I wanted to give Dusty his due.  But it didn't make sense not to pay tribute to the full band at this time, since Dusty Hill was being inducted for the same appearances.  It just happened that he had one extra....

Welcome to the Hall, Dusty Hill!  And the same goes for ZZ top as a whole and as a haunted trio.... 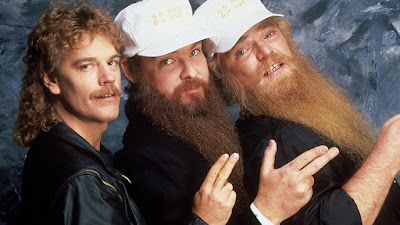 Labels: As Seen On TV, By Any Other Name, Double Vision, Hall of Fame, Hat Squad, League of Themselves, Life During Prime-Time, O'Bservations, ToobMusic, Twipped from the Headlines, Wikipediaphile
Newer Posts Older Posts Home
Subscribe to: Posts (Atom)