For the Television Crossover Hall of Fame, I already have three appearances by one actor in the role of Scalia to not only be eligible for membership but that Jack Shearer's portrayal should be the official portrait for the gallery.

But as I've often mentioned in the past, just a reference to a particular member of the League of Themselves in a fictional context is enough to be counted towards their membership in the TVXOHOF. With that mention, it means that the person invoked actually exists in Toobworld.

And so it is with Justice Scalia.... 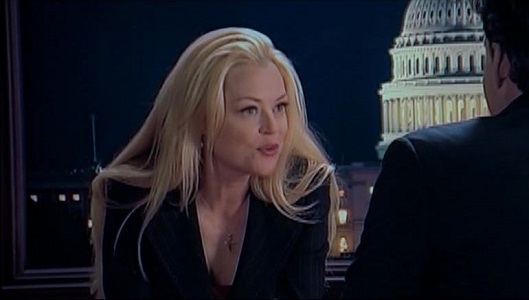 Judith Barlow:
"I have four bestsellers out.
How many does Antonin Scalia have?"
Arthur Branch:
"You also look better in a cocktail dress."

My thanks to my sister Leah for catching this in last night's repeat on the Ion network....
Posted by Toby O'B at 2:00 AM 0 comments

I haven't been around for a few weeks as I've been working on another adventure in Toobworld.  One day I even hope to get these stories published.

But I wanted to check in with Team Toobworld to bring an update to the future membership in the Television Crossover Hall Of Fame.

By now you've all must have heard that Supreme Court Justice Antonin Scalia passed away over the weekend.  Did you know his televersion is eligible for induction into the Hall?  And three of those portrayals were all by the same actor and arguably could be all considered as being part of Earth Prime-Time.  So that alone makes this particular televersion the official portrayal of Justice Scalia in the TVXOHOF. 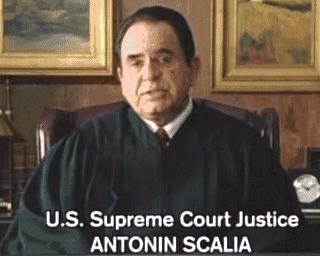 Jack Shearer played the role in episodes of 'Picket Fences' and 'Boston Legal' and in the HBO TV movie "Recount" (about the debacle that was the Florida "hanging chad" scandal that gave the election to George W. Bush (also a member of the TVXOHOF.) 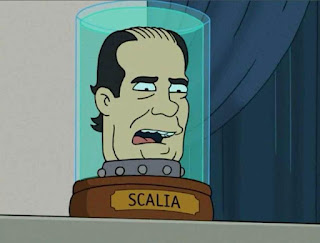 I've already settled on his induction for November of 2017.  November is the month traditionally used for the Newsmakers & Newscasters, in which the televersions of politicians, many times a President of the United States, is inducted.  It seems to be the best time for the "ceremony", but I can't do it this year since I'm running a League of Themselves theme for 2016 and I have a very special lady in mind for that.  (In fact I built the year around her with that theme.)

Until next time, my friends!