If an historical figure appears as a guest character in several TV series, but has been recast with every appearance, the priority is to keep as many of those shows together in the same universe, preferably in Earth Prime-Time, the main Toobworld.

The easiest way to do this is to accept the physical differences as being due to perspective.  What we see as the Trueniverse audience would be the point of view of a particular character within that show.  Take for example, President/General Ulysses S. Grant.  He has been a member of the Television Crossover Hall of Fame since November, 2020, but that is not based on just one actor playing Grant.  His membership for Earth Prime-Time was based on appearances in such series as ‘Cheyenne’, ‘The Adventures of Rin Tin Tin’, and ‘The Wild, Wild West.’  Each of them had a different actor playing Grant, but to keep them together in the same dimension, we have to accept that that’s how he looked to Cheyenne Bodie, Corporal Rusty, and Secret Service agents James West and Artemus Gordon, respectively.  That holds true for the other shows – ‘Grizzly Adams’, ‘Black Saddle’, ‘Wagon Train’, ‘Branded’, ‘Hell on Wheels’, and ‘Dr. Quinn, Medicine Woman’.

When it then comes to the other historical figures in those connected TV movies and/or mini-series being played by different actors, that’s when we call on the P.O.V. option. That way we are seeing those characters from somebody else’s perspective, not from the perspective of that one common historical figure.  After all, he or she should have been seeing them all from the same point of view.

I bring that all up because of our “newest” member into the Television Crossover Hall of Fame.  I used quotation marks around “newest” because the historical figure involved is already a member of the TVXOHOF, but for Earth Prime-Time.  This time we’re inducting his doppelganger from another TV dimension, one shared by four mini-series.... 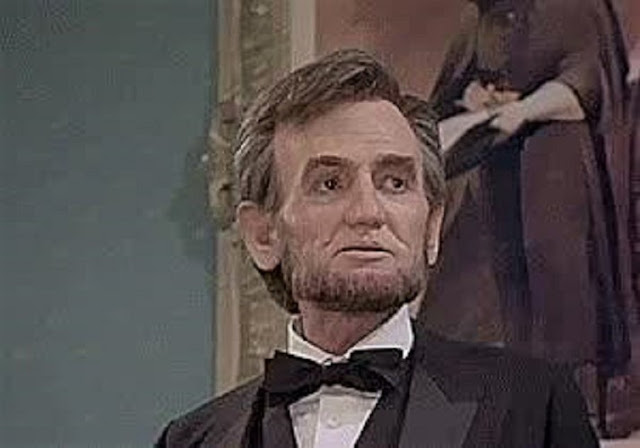 PRESIDENT ABRAHAM LINCOLN
This incarnation of Lincoln, who is the linchpin for this dimension, was played by the late Hal Holbrook.  The actor died just over a year ago and so we’re honoring his memory with this memorial induction ceremony for his portrayal of our sixteenth President. 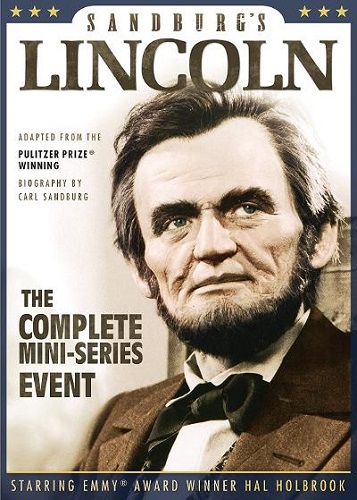 LINCOLN
(aka SANDBURG’S LINCOLN)
6 episodes
1974-1976From Wikipedia:
Sandburg's Lincoln scholarship, primarily in these volumes, had an enormous impact on the popular view of Lincoln. The books were adapted by Robert Sherwood for his Pulitzer Prize-winning play Abe Lincoln in Illinois (1938) and David Wolper's six-part dramatization for television, Sandburg's Lincoln (1974). 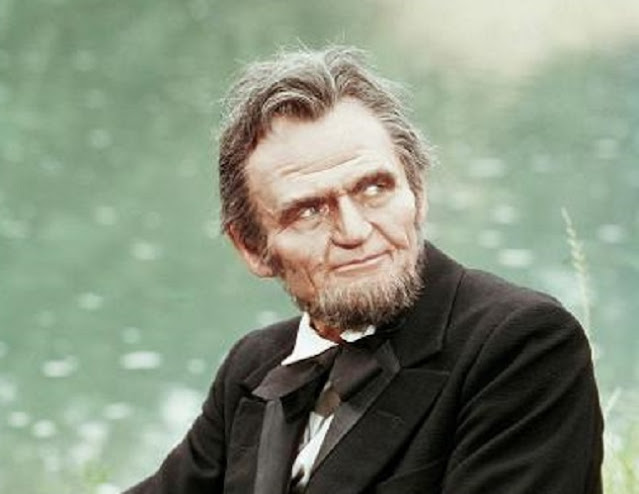 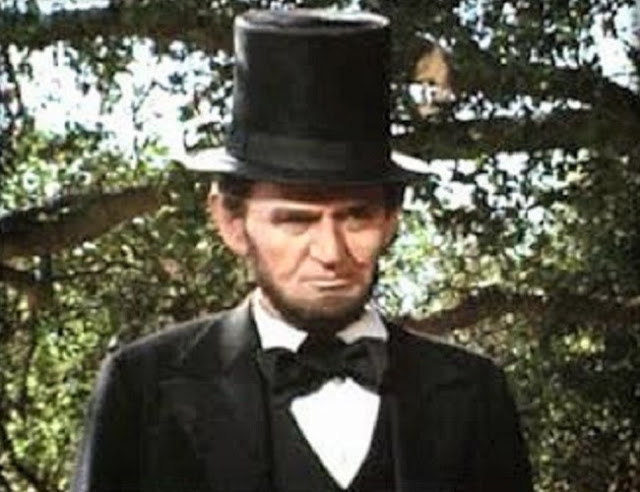 Also from the IMDb:
This is not a typical mini-series, in that its 6 episodes were made and shown over a period of some 20 months between 1974 and 1976, are not sequential, and cover Lincoln only from around the time he met Mary Todd until his assassination. Indeed, the 5th episode covers his activities on the day of his shooting, while the 6th one covers his trip to, and early days in, Washington in 1861. It makes little difference, however, in that each episode is totally self-contained and each is a viewing delight in itself. 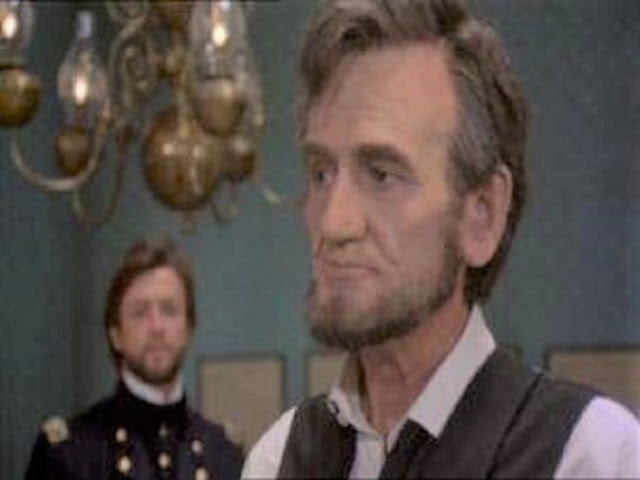 O’Bservation – For the first five episodes in this mini-series, Holbrook received credit, but did not appear. 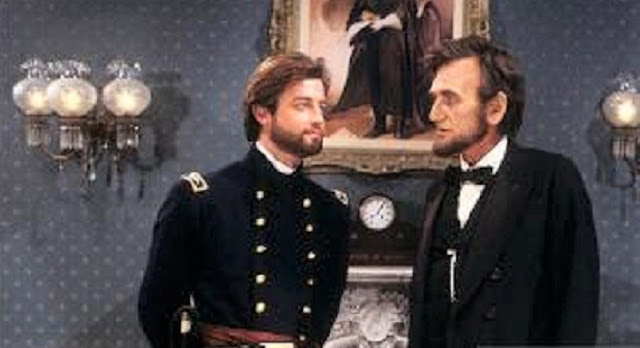 O’Bservation – Holbrook was credited with six episodes, but did not appear in the fifth one. 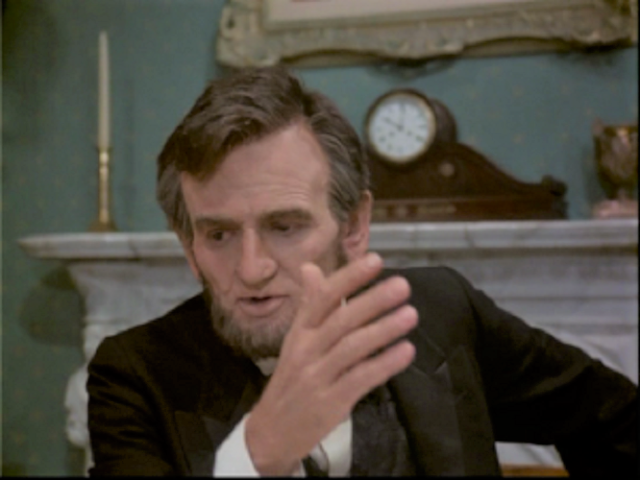 The events in the first two ‘North & South’ mini-series dealing with Abraham Lincoln include:
(From Wikipedia)
O’Bservation - I did say this Toobworld was home to four mini-series.  The fourth wasn’t dependent on Holbrook’s participation:

NORTH & SOUTH: BOOK 3
[‘North & South, Book 3: Heaven & Hell’]
O’Bviously it belongs with the first two mini-series in the franchise, even though Lincoln, and thus Hal Holbrook, was no longer involved in the adaptation of John Jakes’ books.  (This TV dimension may end up including three other mini-series – ‘The Bastard’, ‘The Rebels’, and ‘The Seekers’.  All of those were part of the grand design in books by John Jakes.)

Lincoln is not the only historical, real-world figure who is in the TVXOHOF more than once.  Santa Claus is the other.  Charles Durning is the main physical form of Santa in the main Toobworld, while in the Evil Toobworld, the jolly old elf looks like Art Carney.

If you’ve got a problem with what I just said, you keep your nog-hole shut! 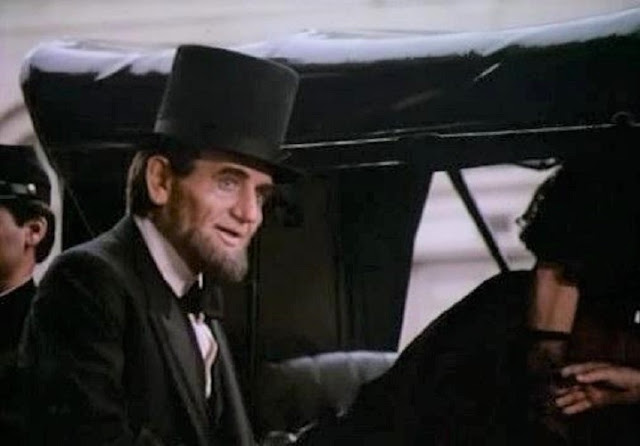 This may not be the only time Lincoln shows up in the TVXOHOF.  Eventually there could be another actor who plays Abe in several TV movies and mini-series, enough to lock down an alternate Toobworld for himself.
Here’s to President Abraham Lincoln and to Hal Holbrook.  Welcome back, both of you, to the Television Crossover Hall of Fame! 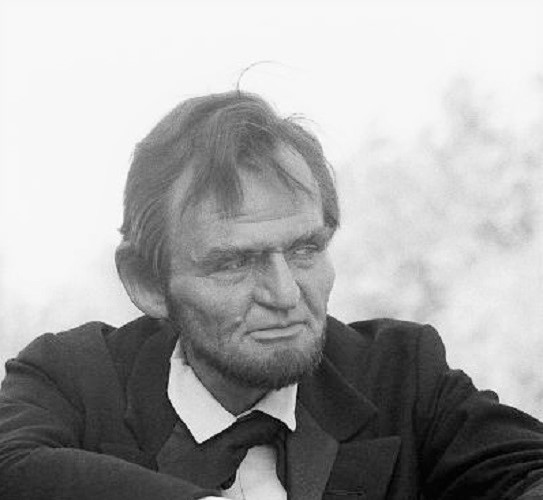 I think the Television Crossover Hall of Fame entry in February has always reflected Black History Month.  In the very first class of inductees – 1999 – Abraham Lincoln was the honoree, so while he was white, he O’Bviously played a major role in Black History.

I see no reason to stop the trend now…. 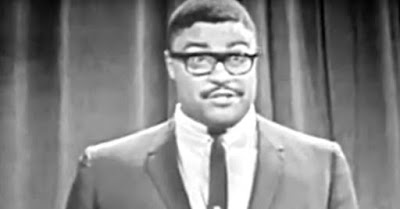 ROSEY GRIER
From Wikipedia:
Roosevelt "Rosey" Grier (born July 14, 1932) is an American actor, singer, Protestant minister, and former professional football player. He was a notable college football player for Pennsylvania State University who earned a retrospective place in the National Collegiate Athletic Association 100th anniversary list of 100 most influential student athletes. As a professional player, Grier was a member of the New York Giants and the original Fearsome Foursome of the Los Angeles Rams. He played in the Pro Bowl twice.

After Grier's professional sports career, he worked as a bodyguard for Senator Robert Kennedy during the 1968 presidential campaign. Grier was guarding Ethel Kennedy when Senator Kennedy was shot. Although unable to prevent the assassination, Grier took control of the gun and subdued the shooter, Sirhan Sirhan.

Grier hosted his own Los Angeles television show and made approximately 70 guest appearances on various shows during the 1960s and 1970s.

As a singer, Grier first released singles on the A label in 1960, and over the following twenty-five years he continued to record on various labels including Liberty, Ric, MGM, and A&M. His recording of a tribute to Robert Kennedy, "People Make the World" (written by Bobby Womack), was his only chart single, peaking at No. 128 in 1968.

Grier is known for his serious pursuit of hobbies not traditionally associated with men. He has authored several books, including "Rosey Grier's Needlepoint for Men" in 1973. Grier became an ordained Protestant minister in 1983 and travels as an inspirational speaker. He founded American Neighborhood Enterprises, a nonprofit organization that serves inner city youth. He was also a featured speaker at the 1984 Republican National Convention; during its evening session on August 20, 1984, he endorsed President Ronald Reagan for re-election. 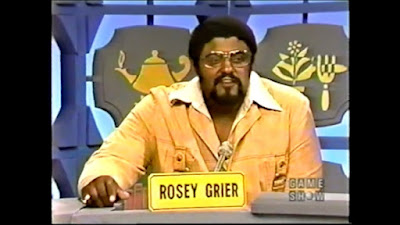 Rosey Grier will be inducted as a member of the League of Themselves, which means he is entering as the Televersion of himself.  Fictional roles like frontiersman Gabe Cooper and bounty hunter Salathiel Harms (one of the coolest names ever in Toobworld!) do not come into play here.

These are the appearances which qualify him for TVXOHOF membership: 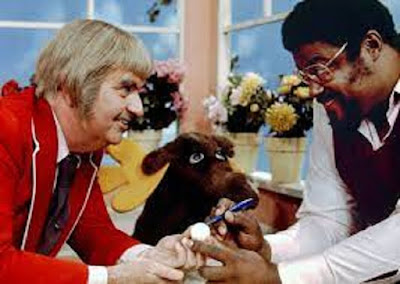 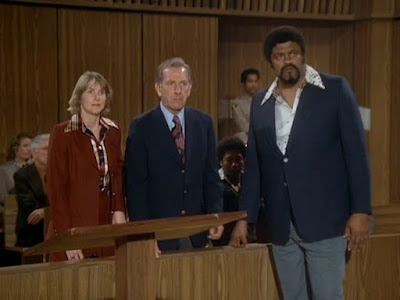 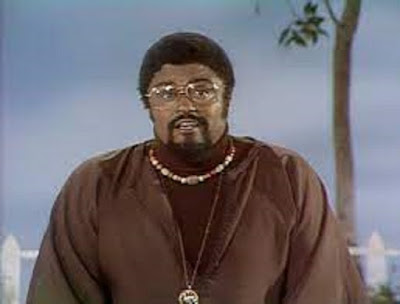 1979
Sesame Street
- We are shooting a Movie 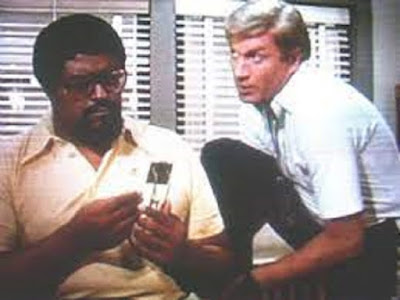 And over in the Tooniverse…. 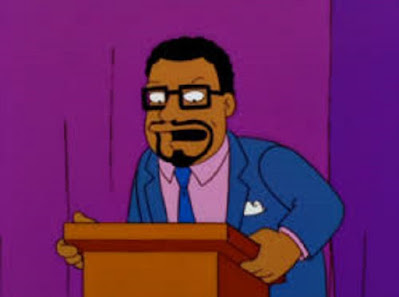 Welcome to the Hall, Mr. Grier.
You’ll find the Activities Room has everything you’ll need for needlepoint.