With this week’s Friday Hall of Famer, we complete the inductions of the Munster family into the Television Crossover Hall of Fame.  (Herman Munster was inducted three times – once as himself, once as part of all of Dr. Frankenstein’s creations, and once in Skitlandia.)

I wasn’t sure Eddie Munster could get into the Crossover Hall of Fame except as a multidimensional, as he only had the TV series and the movie with Butch Patrick playing the role. (All other actors as Eddie are banished to other Toobworlds.)

But one good thing to come out of 2020 was a third appearance of Eddie Munster in Toobworld.

So let’s complete the set! 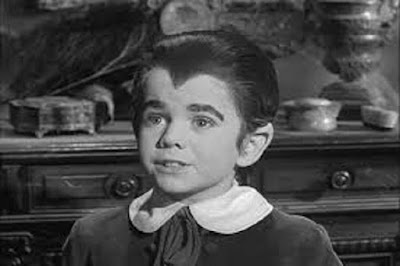 From Wikipedia:
Eddie Munster is a fictional character on the CBS sitcom ‘The Munsters’. He was portrayed by Butch Patrick in all episodes of the original series except for the pilot, where he was portrayed by Happy Derman. The only child of Herman and Lily Munster, Eddie is a werewolf. The role was later played by Jason Marsden in ‘The Munsters Today’.

Eddie is a typical all-American boy apart from being a werewolf and, in some episodes, showing some signs of being part vampire. Most noticeable is the fact that he sleeps in a chest of drawers. He has a stuffed toy werewolf named Woof-Woof, which bears an uncanny resemblance to Lon Chaney, Jr.'s portrayal of Larry Talbot in the 1941 feature film, “The Wolfman”. He attends elementary school, and aside from his pointed ears, severe widow's peak, and Fauntleroy suit, he is a normal kid.

Eddie is very proud of his father, to the point of bragging about Herman's abilities and deeds to his friends... although these boasts are often outright fabrications. In fact, Eddie volunteering Herman for a heroic deed (which is clearly beyond Herman's capabilities, but one Herman nonetheless undertakes for Eddie's sake) is a central theme in many episodes. 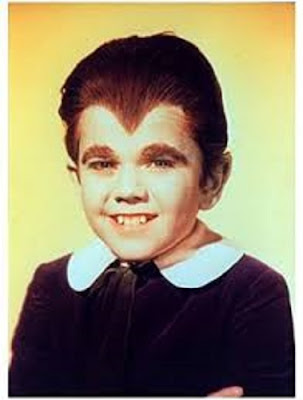 Here is the tally of appearances which qualifies Eddie Munster to join the rest of his family in the TVXOHOF.  (Yes, even Marilyn is in the Hall – being played by three different actresses has a good splainin – she wasn’t so normal after all.  Marilyn Munster was a shape-changer.) 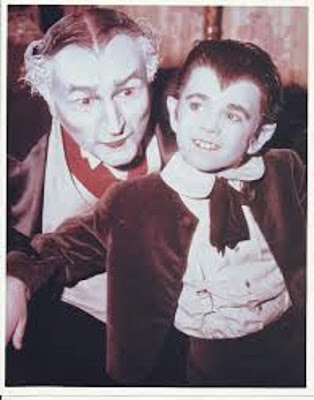 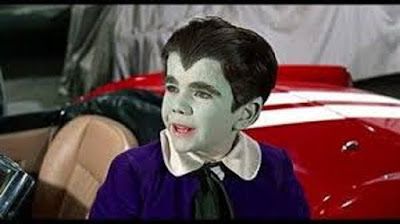 Munster, Go Home!
The Munsters travel to England after Herman discovers he's the new Lord of the Munster Hall.

TV Therapy
- Eddie (2020)
Eddie from THE MUNSTERS has a therapy session with Dr. Nielsen. Growing up a Munster has its issues.

Maybe so, but at least it got him into the Crossover Hall of Fame.

Welcome to the TVXOHOF, Eddie! Enjoy the family reunion…. 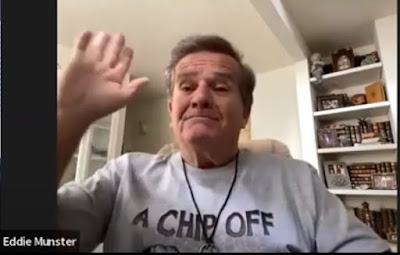