On January 8th of this annus horribilis, the television industry lost an early idol, Edd Byrnes, who rocketed to fame for playing Gerald Lloyd Kookson III, best known as “Kookie”, on ’77 Sunset Strip’.  Less than a week later, Kookie found a new address – the Television Crossover Hall of Fame.

A second character played by Byrnes is now being inducted into the Hall.  Appropriately enough, as one of the Friday Hall of Famers in September, the month in which we celebrate people connected to the television industry.

This may be TVXOHOF history; off the top of my unreliable noggin, I can think of only one other time when two separate characters played by one actor were inducted in the same year.  And of course, that would be Patty and Cathy Lane of ‘The Patty Duke Show’.

I’d love to tell you what his name was, but I don’t know it…. 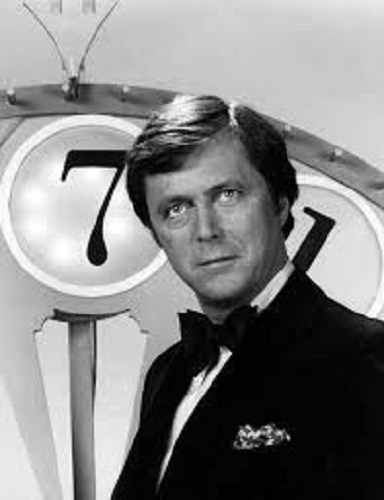 THE EMCEE
From Wikipedia:
The success of the film [GREASE] led to Byrnes being cast in the lead of a TV series ‘$weepstake$’ but it only lasted nine episodes.

From the IMDb:
Similar to the series ‘The Millionaire’, as well as ‘The Love Boat’/’Fantasy Island’ use of a different supporting cast each episode. Like ‘The Millionaire’, Edd Byrnes presents the winnings, and the episode follows his or her adventures (good or bad).

In each episode of this series, three persons each buy a sweepstakes ticket and each of them has their own reason for wanting to win the jackpot which is one million dollars. And they all become finalists and when the winner is announced, we see how he/she does after winning the money. And we also see what happens to the other two after losing the jackpot.

Of course, the fact that the emcee is nameless in that series makes it easy to claim that other emcees (Masters of Ceremonies) in episodes from other shows played by Byrnes are all the same man, beginning with ‘Sweepstakes’ in 1979.

Here all the appearances by the Emcee: 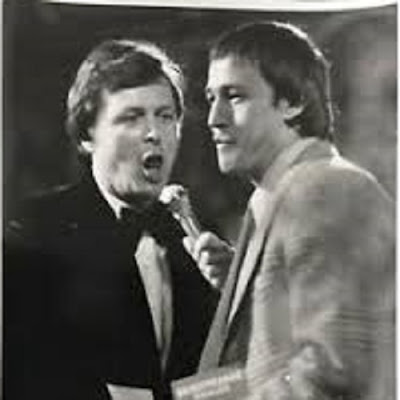 Diane decides to enter a beauty pageant with Nick's permission as long as she promises to keep her grades up. 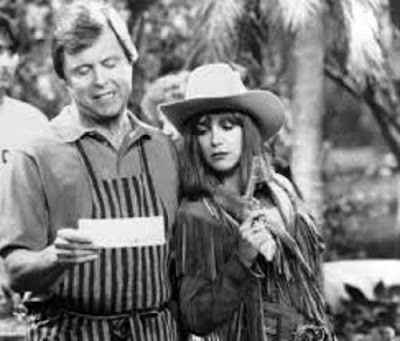 Conflating these characters into one raises questions about the life during prime-time for the Emcee.  The jobs as a Master of Ceremonies seemed to get smaller and shabbier as Time went on.

Did he have a drinking problem?  Drugs?  How did he lose that national gig with the sweepstakes event?

The great thing about having the Emcee in the TVXOHOF is that we can now imagine him hosting future induction ceremonies for new members.

Welcome to the Hall, Sir!  (Whatever your name is….)