It's always a thrill when the televersion of my home state shows up in Toobworld.  Specifically, my hometown was mentioned in an episode of 'St. Elsewhere' - it's the city where the son of Dr. Kiem was found after walking away from Choate in Wallingford. 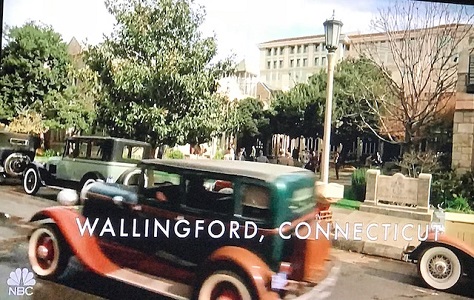 That same school showed up recently in an episode of 'Timeless'.  However, even though it was the same place in both shows, they aren't in the same TV dimension anymore.  (With the pilot episode, 'Timeless' began in Earth Prime-Time but with the alteration to the fate of the HIndenberg, it ended up in a new timeline.  And it has been creating new Toobworlds with every episode moving it farther and farther away from its original home.

Anyhoo, let's take a look at the Wallingford of the Real World....

The Connecticut General Assembly created the town on October 10, 1667. This original plot of land near the Quinnipiac River is now considered Main Street. Starting on May 12, 1670 there were 126 people who lived in temporary housing, and five years later in 1675 there were 40 permanent homes. 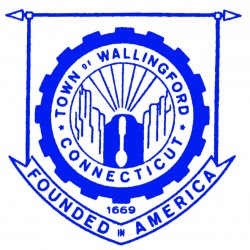 In 1697 Wallingford was the site of the last witchcraft trial in New England. Winifred Benham was thrice tried for witchcraft and acquitted all three times.

Wallingford has diversified its commercial and industrial base over the past decade attracting high-technology industries as compared to traditional heavy manufacturing. It is the home of a large variety of industries and major corporations spanning the spectrum of the medical, health care, service, high-tech specialty metal manufacturing and research development. The development of the Barnes Industrial Park, Casimir Pulaski Industrial Park, Wharton Brook Industrial Park, and the South Turnpike Road area have greatly contributed to this transition. The Bristol-Myers Squibb Company, the town’s largest taxpayer, has established a research and development facility in Wallingford’s MedWay Industrial Park. An Interchange Zone which permits very restrictive commercial development of office parks, research and development centers and hotels has been created at the intersection of Interstate 91 and Route 68.

In terms of Wallingford's manufacturing and design history, silver-producing companies like Simpson, Hall, Miller & Co. and R. Wallace & Sons are of particular note. Simpson, Hall, Miller & Co. as well as Wallingford's Watrous Manufacturing later became part of the International Silver Company, which was headquartered in the neighboring city of Meriden.

And that leads us to the next Wikipedia entry for that episode of 'Timeless'....

The school has educated generations of the upper-class New England establishment and the American political elite, and it has introduced many programs to diversify the student population, including the introduction of a free education for families whose income is $75,000 or less. Choate is a member of the Eight Schools Association, begun informally in 1973–74 and formalized in 2006, when former Choate headmaster Edward Shanahan was appointed its first president. The member schools are Choate, Andover, Exeter, Deerfield, St. Paul's, Hotchkiss, Lawrenceville, and Northfield Mount Hermon. 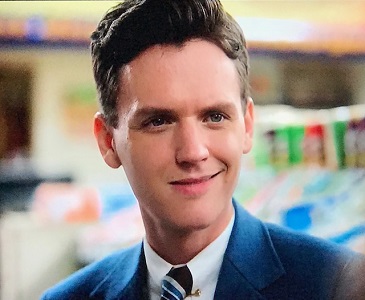 'Timeless' makes huge changes to History in each episode, so you could probably guess that the subject of this episode was young Jack Kennedy.  (One of the school's administrators tried to kill him in order to change History too early.  The later death of JFK was altered, but only in location....)

For the Television Crossover Hall of Fame's Queen of May 2018, we pay tribute to the late Elena Verdugo, who passed away last year.... 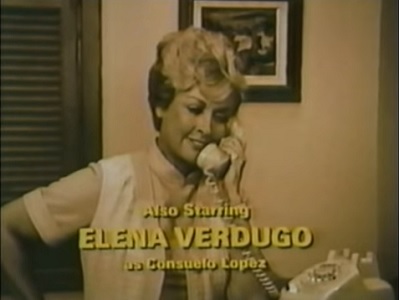 From the L.A. Times:
When ABC first offered her a role on a upcoming prime-time television show about a warm family practitioner who still made house calls, Elena Verdugo could see where it was all headed.

"They were looking for a Mexican girl," she recalled. "And I said, 'Forget it. I'm not playing maids and housekeepers.' You know, that's all that they were showing."

But Consuelo Lopez on "Marcus Welby, M.D." was a level-headed, no-nonsense nurse and Verdugo jumped at the chance to play the character, slowly retrofitting it into what was one of the first portrayals of a professional Latina in a prime-time television series.

After the first season, she opted to eliminate an opening scene that showed her dutifully serving Dr. Welby a cup of coffee when he strolled into the office. And as time went on, she pushed for her role to more closely resemble the hands-on, front-line work of a skilled nurse, rather than a multi-tasking secretary. 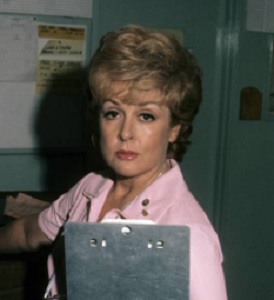 "She was as American as apple pie," she said of her character in an interview with PBS. "But she had this Mexican — a little bit of fire — beneath it all."

The show lasted seven seasons and capped a decades-long career for Verdugo that began when she was a teen.

She was twice nominated for an Emmy for the role. 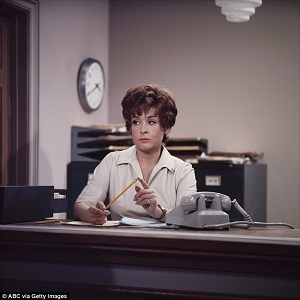 Here are the appearances she made as Consuelo Lopez which have earned her a place in the Hall of Fame: 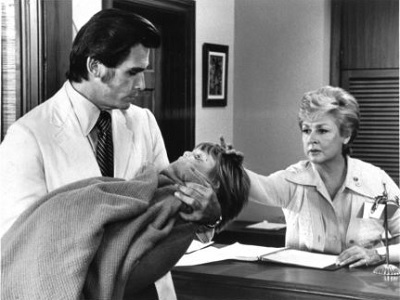 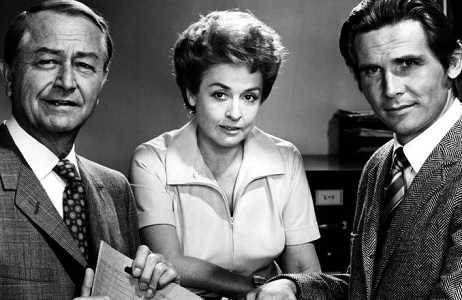 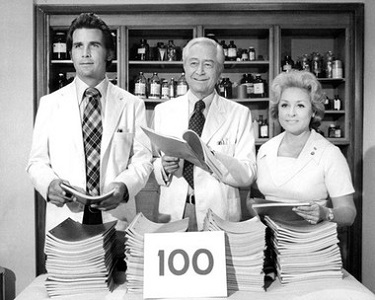 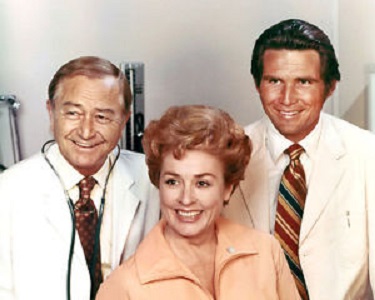 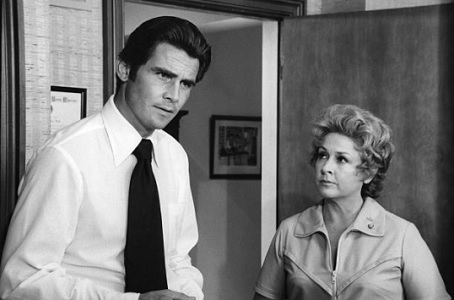 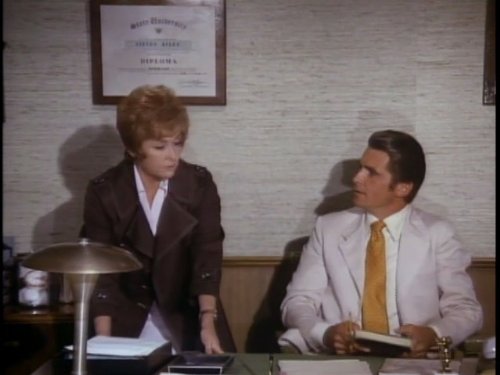 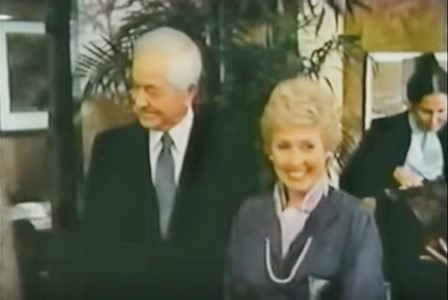 And so we salute the memory of Elena Verdugo with this tribute to Consuelo Lopez who was a Toobworld pioneer.

And for alls I know, Ms. Lopez is still alive in the TV Universe (not that we would ever see again.....) 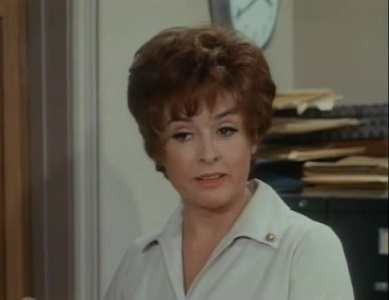 Welcome to the Hall, Ms. Lopez!


I went to find episodes of 'Dr. Findlay's Casebook' and found these as well.  I thought I'd introduce Team Toobworld to them......