I figured we needed some Old West feminine pulchritude this month, so I decided to go with a multidimensional historical character…. 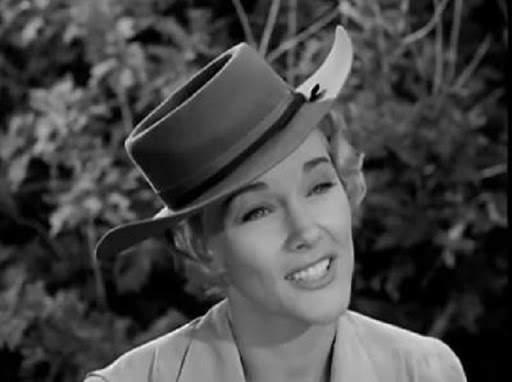 She associated with the James–Younger Gang and other outlaws. She was convicted of horse theft in 1883. She was fatally shot in 1889 in a case that is still officially unsolved. Her story was popularized by Richard K. Fox — editor and publisher of the National Police Gazette — and she later became a popular character in television and films.

Here are the portrayals of Belle Starr in several alternates Toobworlds: 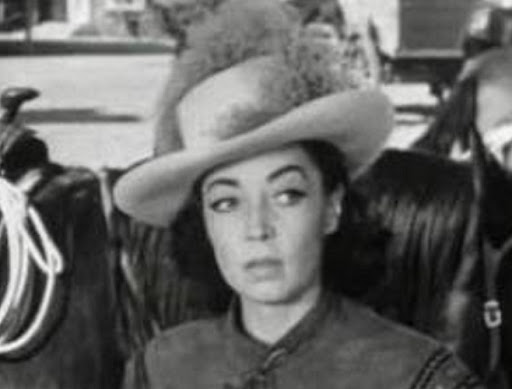 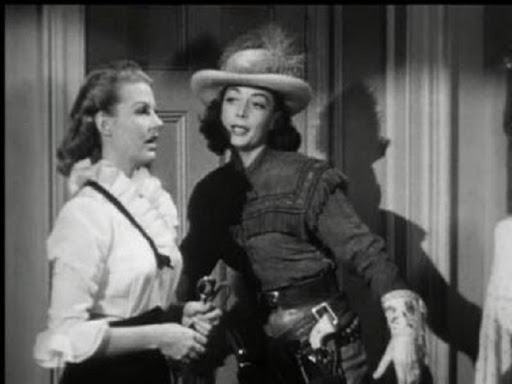 O’Bservation – The entire series was a series of tall tales told by Matt Clark, an inveterate liar.  In almost all of the episodes, Matt inserts himself into the story and either captures the bad guy(s) or shoots them dead himself, despite what History says on the topic. So Marie Windsor’s portrayal of Belle Starr isn’t from some alternate Toobworld; she is Matt Clark’s manifestation of a total falsehood. 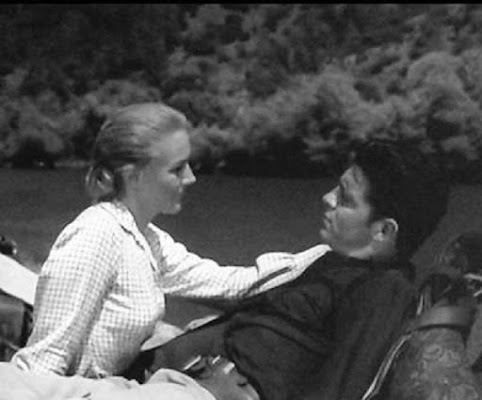 In 1957, Jeanne Cooper, later a soap opera star, played Belle Starr in an episode of Dale Robertson's ‘Tales of Wells Fargo’. In this episode, Starr calls herself Mrs. Reed. There is mention of "Hanging Judge" Isaac Parker, and the episode makes mention of his sentencing Starr to a comparatively short prison term in a correctional facility at Detroit. In 1960, Cooper again played Belle Starr in an episode of the TV series Bronco titled "Shadow of Jesse James". 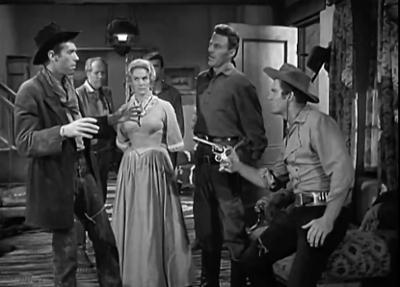 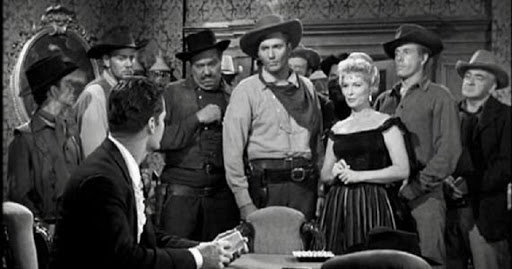 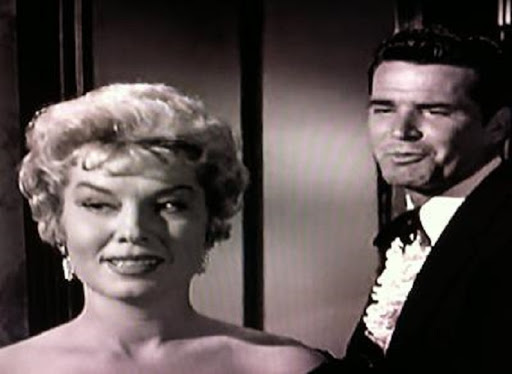 O’Bservation – Even if Jeanne Cooper is the official Belle Starr of the main Toobworld, this one can stay as well.  She was an impostor and most likely delusional.  All the “famous outlaws” of that episode were escapees from the sanitarium just outside Bubbly Springs. 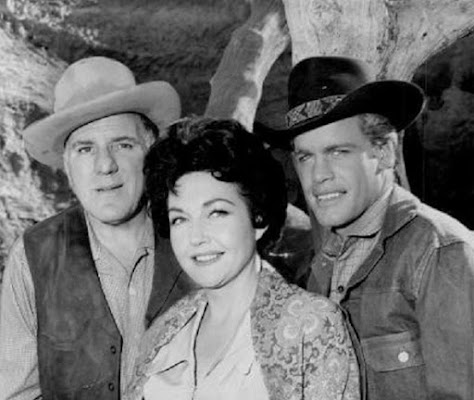 O’Bservation – I want to keep that series on the main Toobworld, so that Belle Starr was an impersonator.  As themselves, impersonators don’t add to the tally for a TVXOHOF candidate, but they do supply verification that the real candidate did exist in Toobworld. 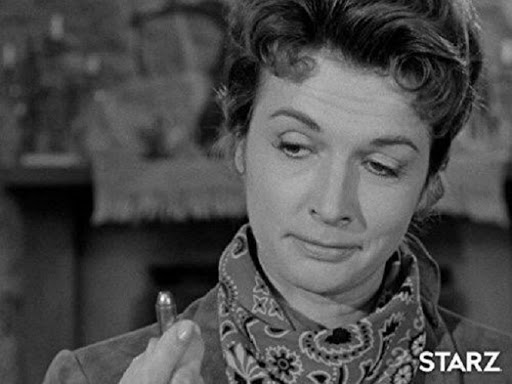 In 1961, Carole Mathews appeared as Belle in "A Bullet for  the D.A.", an episode of ‘Death Valley Days’, hosted by Stanley Andrews.

O’Bservation – As this was an anthology series, we can go one of two ways – Carole Matthews was either from an alternate Toobworld, or the audience in the Trueniverse was privy to the thoughts of the Old Ranger and saw Belle as he envisioned her. 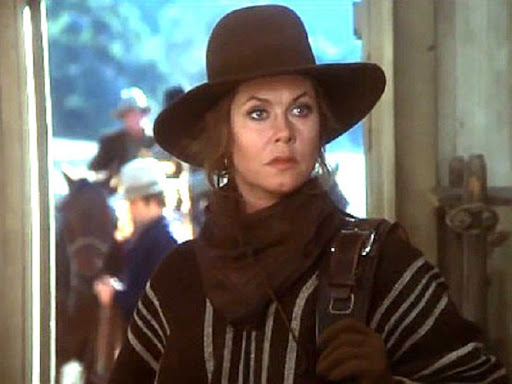 Elizabeth Montgomery portrayed Belle in the 1980 television movie “Belle Starr”, made by Hanna-Barbera.
O’Bservation – This is an easy one.  It’s a TV movie, so off it goes to Toobworld-MOTW. 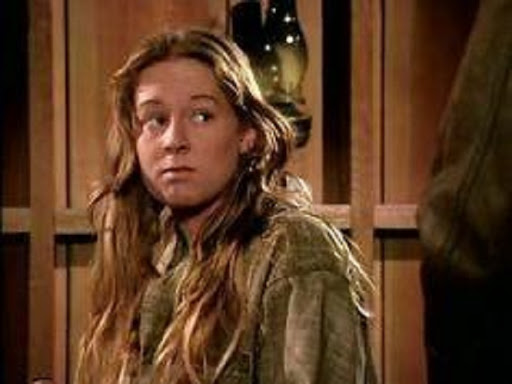 In 1995, Belle Starr was portrayed [by Melissa Clayton] in season 3 of ‘Dr. Quinn, Medicine Woman’ in an episode titled "Baby Outlaws" as a 14-year-old outlaw who falls under the care of the good doctor and her family. This episode takes place in 1870, when Belle actually would have been 22.

O’Bservation – Tricky.  I don’t like to play hob with the timelines of historical figures.  And I don’t want to lose Dr. Quinn to some other Toobworld.  I think either the family was taken in by a teenaged trickster passing herself off as Belle or Belle was very youthful looking and she passed herself off as 14, in hopes of getting a lighter sentence for being a child. 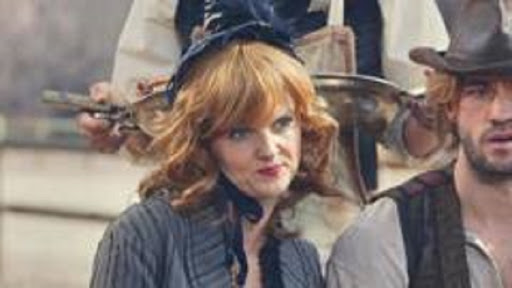 In the 2013 series 'Quick Draw!’, a fictionalized account of Belle Starr portrays her as the deceased spouse of the protagonist Sheriff John Henry Hoyle. She is referenced as wife to Cole Younger and Sam Starr. Arden Myrin appears in two episodes as Belle Starr, and Alexia Dox appears as Pearl Starr as a series regular.

O’Bservation – Easy peasy.   No Zonk here – Belle is already dead and her two appearances are flashback memories of Sheriff Hoyle’s which are filtered through how he wants to remember her.

A late 2014 episode of ‘The Pinkertons’ features Sheila Campbell as Belle Carson at the beginning of Belle's exploits as an outlaw (highly fictionalized, with the name Belle Starr as her fantasy persona and an affair with Jesse James in Kansas City).

O’Bservation – The jury is still out on this one.  I’ve never seen it so I’m not familiar with its use of historical figures, in what format.  For now I’ll treat it as Toobworld-worthy.  It could be the case of another imposter.

Welcome to the Hall as a multidimensional, Belle Starr!