What better tradition to follow for the April inductee into the Television Crossover Hall of Fame than the April Fool? Over the years, April has been the showcase month for silly TV characters, and the dopey or just plain humorous characters. Years before he became the “commander and chief” (as one of his sycophantic acolytes would say), a certain gasbag was inducted as a member of the League of Themselves in April rather than in November, a more fitting month for newsmakers.

We’re going with another League of Themselves member for this April’s ceremony, one who was already featured here in a great special guest appearance by Jeremy Kreuzer…. 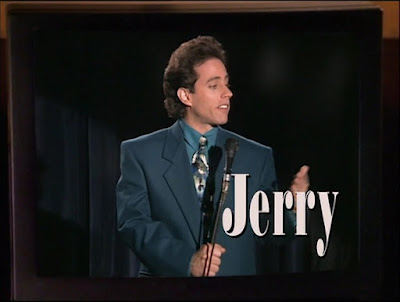 One good thing about getting the honor to host that story by Jeremy was that I will just share the link here and you can read his case for Jerry’s membership in the TVXOHOF.

Here is a list of the shows which qualified him, in no particular order.  Some of these are because the shows are in the Hall or because the people hosting them are Hall members.
One possibility – Seinfeld played “Bat Mitzvah Guest” in an episode of ‘Square Pegs’.  (According to IMDb: Jerry Seinfeld is not credited in this episode but can be seen walking through the crowd at the bat mitzvah.) Could it be that he was there as himself?

Welcome to the Hall, Jerry! 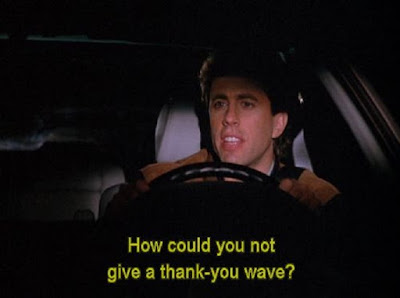 And thanks again, Jeremy!