Traditionally, we induct a black celebrity or TV character into the Television Crossover Hall Of Fame in February as our nod to this being Black History Month.  At the same time, this is the fifteenth anniversary for the Hall, and we've brought back the "What I say, goes" policy in which the new members are those who might not otherwise have found entry on their own merits.

And so that's the case we have here.  Our inductee has made only the one TV appearance so far, and only five minutes in length at that!  And yet he is the linchpin for an entire alternate TV dimension.... 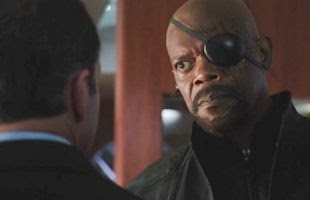 This is not the Nick Fury of Earth Prime-Time.  That one-eyed warrior was played by David Hasselhoff in a TV movie.  Hasselhoff's Fury adheres more to the traditional view of the character as based on his appearance in the comic book universe.

Samuel L. Jackson appeared as Nick Fury in a five minute tag at the end of an early episode of 'Marvel Agents Of S.H.I.E.L.D.' that was more of a gag scene than anything else.

But that appearance ties in all of these movies into the same world:

(For now, this alternate TV dimension is known as Marvel Toobworld; it's one of the Cineverse Borderlands.  But it will probably include titles from the DC comic book movies as well.)

So here's tip of Dum Dum Dugan's derby to you, Nick Fury.  Welcome to the Television Crossover Hall Of Fame.

It's that special day of the year, when you take your lover, your partner, your Sweetie by the hand, look deep into their eyes....

On St. Valentine's Eve, we got to see a three-way interrupted by Sherlock Holmes and Dr. Joan Watson on 'Elementary'. 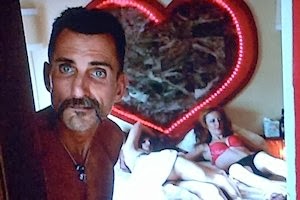 But that takes place in another TV dimension.  Surely such a thing would NEVER happen in the main Toobworld of Earth Prime-Time.... Right?

Would you believe the moral sanctity of Love was broken back in 1969?

'THE NAME OF THE GAME'
"THE PERFECT iMAGE" 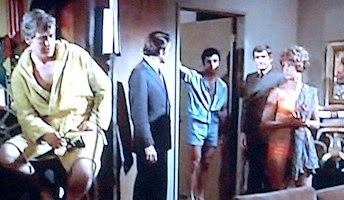 Publisher Glenn Howard and Mayor John Adrian showed up at the apartment of Adrian's Chief of Staff, Bill Danziger (brother to Hayden Danziger, car dealer and murderer) where they found Bill having a bit of a romp with Jackie Buchanan and a guy named Parker.  And with the movie equipment around the apartment, most likely they were filming their sexcapades.

I salute them for getting away with it.....


Movie stars have televersions in Toobworld, but their lives do not always conform to how they live in the Real World.  For instance, Emma Thompson - at least according to an episode of 'Ellen' - is a lesbian who was born in Akron, Ohio.  Marilyn Monroe married the Time Lord known as The Doctor.

Movie stars have had quite an effect on their fans in Toobworld.  Goober Pyle loved to do his impression of Cary Grant:

And some TV characters were so influenced by the movie stars that they tried to emulate them.

Take for instance Sal Reiger.  Sal was a major crime figure in California who assisted in an attempt to organize a crime syndicate for the West Coast.  Luckily Chief Ironside and his team were able to nip it; nip it in the bud!

It could be that Sal might never have become a criminal had it not been for his obsession with the bad guy roles played by Edward G. Robinson - from "Little Caesar" through "Key Largo" and even up to "Robin And The Seven Hoods".

I think Sal Reiger was so obsessed with Edward G. Robinson that he even tried to emulate him in looks and style.  Just take a look at him here when he was confronted by Det. Sgt. Ed Brown, in comparison to the real Brother Orchid..... 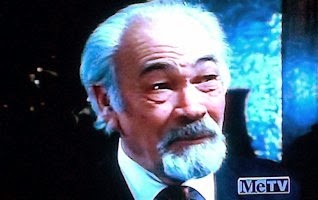 Nothing came up in that episode clearly stating that Sal was a fan of Rico the Little Caesar, but the attempt to look like Edward G. Robinson seems O'Bvious to me!

NUMBERS RUNNING - "8" FOR THE GOAL 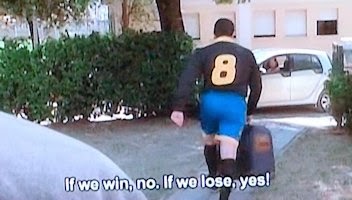 Another international appearance by the Numbers - Captain Flavio Anceschi of the Gubbio Police wore the Number 8 as his jersey for the department's football team.  Luckily for the team, he couldn't get to play in the big game that day since his girl-friend (the Mayor) had him wrapped around her finger....

See you in another life, Bruthah! 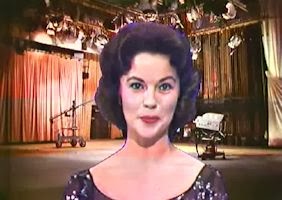 Your old Toobworld Caretaker has just learned that Shirley Temple Black has passed away at the age of 85.

Of course, everyone will remember her for the movies she made when she was a curly-topped moppet, making her the leading box office champion in the 1930s for a time.  And unlike far too many young actors today, she gracefully made the transition to ingenue status with roles in John Wayne westerns and Cary Grant romantic comedies.

But for Toobworld, she'll be remembered best remembered as the serlinguistic host of 'Shirley Temple Storybook' (also known as 'Shirley Temple Theater') in which she also played the leading roles in some of the adaptations from this anthology series. 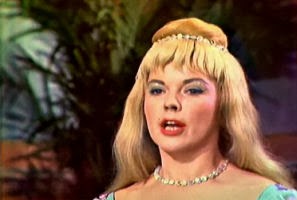 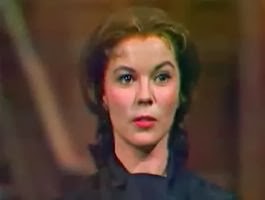 Phoebe of "The House Of The Seven Gables"

and my personal favorite: 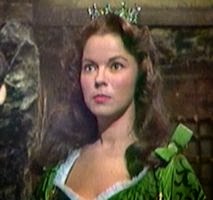 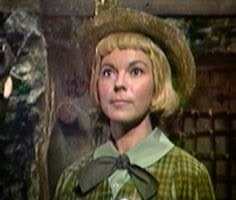 Princess Ozma aka Tip in "The Land Of Oz"

With her death, I think a lot of people in this country might be feeling a different sense of loss than when other celebrities die.  At least I do.  It's like a little piece of the American Spirit is gone as well.

Four NBC series will be getting digital "spin-offs" once the Super Bowl is over.   The Peacock Men will never admit it, but I think it's their way to apologize to the many viewers (like me) who don't give a flying bleep about the Olympics.

These multi-part stories will be available on three platforms - NBC.com of course, plus Hulu and YouTube.

These are the four shows getting this special treatment which will expand their contributions to the TV Universe:

Feb. 11 (today)
"I Am A Fire-Fighter"
This is a 'Chicago Fire' spin-off for Dawson that will be in four parts.  In the story, Dawson will be faced with an emergency while being at the station-house alone.

Feb. 14 (Valentine's Day.  Or as it's known here at Toobworld Central, Friday)
"Love Is In The Air"
This is also a four-part story about the 'Grimm' wimmen, Juliette and Rosalee as they join their girl friends for a Valentine's Day spa party.  But their festivities (a bridal shower for Rosalee, perhaps?) are interrupted by a Zieglevolk.  (A Zieglevolk is a wesen that has a goat-like nature and they are probably the basis for the Greek myths about satyrs.) 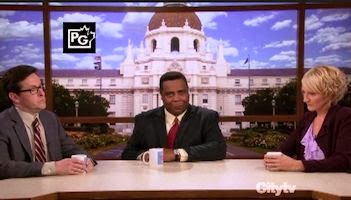 Feb. 20 (next Thursday)
"The Hapley Group"
Again this spin-off (from my favorite of the bunch, 'Parks & Recreation') will be in four parts.  TV viewers in Pawnee, Indiana, will be "treated" to a variation on 'The McLaughlin Group' with Perd Hapley hosting a forum with Joan Callamezzo, Crazy Ira and the Douche, plus a new character named Mike Patterson.

And finally (even though it's broadcast earlier than the last two......)

Feb. 13 (Thursday)
"Friday Night At The Luncheonette"
I imagine this will be in four parts like the others.  It's a spin-off from 'Parenthood', but it will feature an online crossover with the late series 'Friday Night Lights'.  Two of the 'Parenthood' characters, Max Braverman and Amber will be hanging out at the recording studio when the band Crucifictorious shows up.  Two people connected with the band are from Dillon, Texas, and that series - Billy Riggins and Landry Clarke.

There will be a Zonk attached to that crossover.  Derek Phillips is returning to the role of Billy, but he's already been on 'Parenthood' in the wedding episode.  I don't watch that show so I'm not sure if it's going to be a problem.

Anyway, online content is now considered part of the TV Universe - but on a case by case basis.  (I won't accept those new adventures of the Enterprise with most of the characters recast, for example.)  So I thought you might like to check these out....

WHEN WORLDS COLLIDE - "THE DYING DANDY"


As the Curator of the Toobworld Dynamic, I've come to expect most Toobworld divergences from the "reality" of the Trueniverse to come from science fiction and fantasy TV series - androids, aliens, and demi-gods living among the humans, secret lunar colonies, talking animals, talking vehicles, and fictional locations and historical events.

I didn't think one would be found in a murder mystery... and from Sweden at that.

'THE INSPECTOR AND THE SEA'
"THE DYING DANDY" 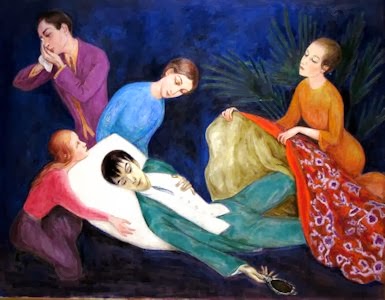 When art dealer Egon Wallin was found murdered in his gallery, the body had been draped in a painting by Nils Dardel - "The Dying Dandy".  But somebody had cut out the head of the main character in the painting and stuck Wallin's head through it.

I kept expecting the police would have had the remains of the painting authenticated, only to discover that it was a forgery.  But it never came up.

So, in Toobworld, this world-famous painting no longer exists.  And that's the biggest divergence we've seen in the Earth Prime-Time art world since "La Gioconda" (the "Mona Lisa") as treated in 'Doctor Who', 'My Favorite Martian', and 'The Sarah Jane Adventures'.

I said above that "The Dying Dandy" is a world-famous painting.  But I had never heard of it, nor of Nils Dardel before seeing this episode.  So once again television has proven to be a teaching tool.

Labels: As Seen On TV, O'Bservations, Outside the Box, Reali-TV, World Toob, Zonks

Fifty years ago today, do you know what happened in New York City?

You know I was talking about Toobworld, right?

Bryce Zabel and Brent Friedman's TV series 'Dark Skies' was about a conspiracy to hide the fact that aliens were living among us since the 1940s Roswell crash.  Known collectively as "The Hive", the aliens were trying to manipulate the country through some of the pivotal events in American history.

And the Beatles' first appearance on 'The Ed Sullivan Show' was no exception. 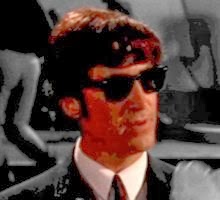 Loengard and Sayers uncover a Hive plot to use the Beatles American television debut to induce a mass suicide.

From TV.com:
Tracing alien radio transmissions received in New York City, Loengard and Sayers suspect the Hive is planning an operation around the American debut of the Beatles on 'The Ed Sullivan Show'. At the studio where preparations are underway, they find nothing suspicious. However, after learning the radio operator they're tracking died recently in a mysterious traffic accident, they find a second phone number for another suspect operator.

Luckily the plot was thwarted so that the general public's perception of their appearance could coincide with what really happened in the Trueniverse.

IF that's what really happened here...... 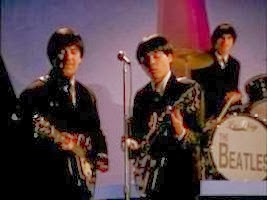 The Beatles were portrayed by:
BCnU!

'PIE IN THE SKY'
"DOGGETT'S COAT AND BADGE"

When retired DCI Stryker - "Stryker Of The Yard" - spoke contemptuously of how long he had been trying to track down the man who had stolen a rare bottle of wine from his police organization, he said, "I've been chasing this herbert."

It would take at least four hundred years before "Herbert" would come into fashion as a pejorative.

Chief Herbert, who served in the Enterprise transporter room under Captain Picard, may have been descended from that bureaucratic functionary.

In the case of Stryker's usage, it may have been an example of Cockney rhyming slang - with "herbert" standing in for "pervert"......