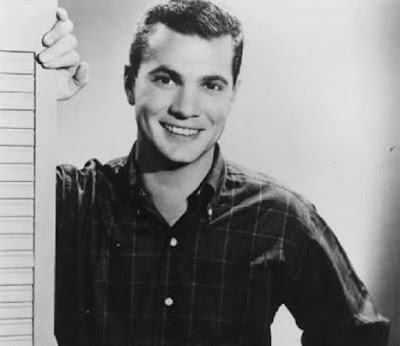 DWAYNE HICKMAN
From Variety:
Dwayne Bernard Hickman, an actor, producer and television director best known for his starring role in the 1950s and ’60s sitcom “The Many Loves of Dobie Gillis,” died of complications related to Parkinson’s disease on Sunday, [January 9th]. He was 87 years old.

Born on May 18, 1934 in Los Angeles, Calif., Hickman began screen acting at a young age with appearances in “The Boy With the Green Hair” and 1940’s “The Grapes of Wrath.” As a teenager, he starred as Chuck MacDonald in “The Bob Cummings Show,” acting alongside the titular comedian across the sitcom’s four-year run.

In 1959, Hickman earned the marquee role on “The Many Loves of Dobie Gillis.” The actor starred in all 148 episodes of the 20th Century Fox sitcom. As the first major television series to feature teenagers as its primary characters, “Dobie Gillis” solidified Hickman as one of the first and primary cultural emblems for the generation of Baby Boomers in the 1950’s and ’60s.

To honor the memory of Dwayne Hickman, Dobie Gillis is being inducted into the Television Crossover Hall of Fame.  While he qualifies from his appearances in Earth Prime-Time, Dobie is a multiversal as well as a multidimensional in the Toobworld Universe.  He started “life” in short stories by Max Shulman and also appeared in comic books, and also in a movie in the Cineverse.  As for being a multidimensional, Dobie once crossed over from Earth Prime-Time to the alternate Toobworld in which ‘Hi Honey, I’m Home’. 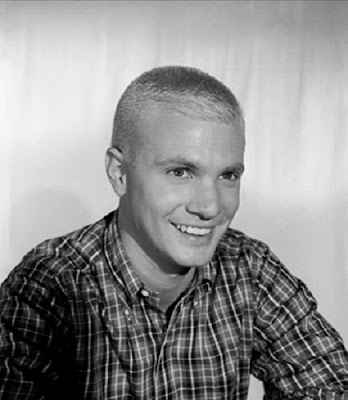 DOBIE GILLIS
From Wikipedia:
‘The Many Loves of Dobie Gillis’ (also known as simply ‘Dobie Gillis’ or ‘Max Shulman's Dobie Gillis’ in later seasons and in syndication) is an American sitcom starring Dwayne Hickman that aired on CBS from September 29, 1959, to June 5, 1963. The series was adapted from the "Dobie Gillis" short stories written by Max Shulman since 1945, and first collected in 1951 under the same title as the subsequent TV series, which drew directly on the stories in some scripts. Shulman also wrote a feature-film adaptation of his "Dobie Gillis" stories for Metro-Goldwyn-Mayer in 1953, titled ‘The Affairs of Dobie Gillis’, which featured Bobby Van in the title role. 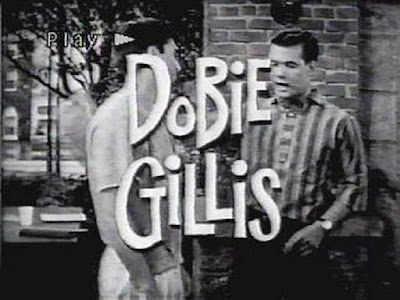 Hickman in ‘Dobie Gillis’ was one of among the first leads to play a teenager on an American television program. Dobie Gillis broke ground by depicting elements of the current counterculture, particularly the Beat Generation, primarily embodied in a stereotypical version of the "beatnik". Series star Dwayne Hickman later said that Dobie represented “the end of innocence of the 1950s before the oncoming 1960s revolution”. 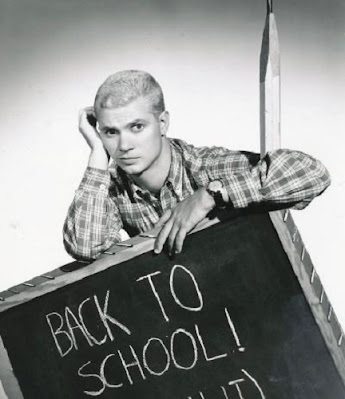 The series revolved around teenager Dobie Gillis (Dwayne Hickman), who aspired to have popularity, money, and the attention of beautiful and unattainable girls. He did not have any of these qualities in abundance, and the tiny crises surrounding Dobie's lack of success made the story in each weekly episode. Also constantly in question, by Dobie and others, was Dobie's future, as the boy proved to be a poor student and an aimless drifter. 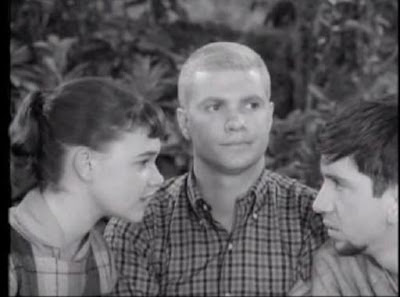 Dwayne Hickman as Dobie Gillis is a clean-cut teenager (later young adult) and unremarkable student whose young heart finds poetry and literature resonant. He aspires to have dates with all of the beautiful girls he pursues, despite the pressures of home life, high school, and later the military and college. Dobie also serves as the series narrator, relating his observations to the audience from in front of a statue of Rodin's The Thinker. 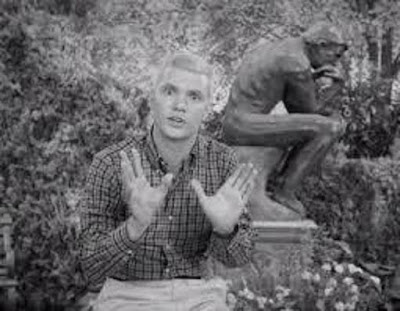 Dwayne Hickman, at the time the breakout star on ‘The Bob Cummings Show’ (also known as ‘Love That Bob’) as nephew Chuck MacDonald, gained the part of Dobie Gillis over several other candidates, including Michael Landon. Despite being cast as a 17-year-old, Hickman was 24 when he starred in the pilot in the summer of 1958. Because Hickman had appeared for several years on ‘Bob Cummings’ as Chuck, he was required by Shulman and CBS to bleach his dark brown hair blond for the role of Dobie to distance himself from that character in the public's (and the sponsors') minds. By the second season, however, Hickman was permitted to return to his natural hair color, after he had complained to the producers that the constant bleaching required to keep his low crew cut hairstyle blond was causing his scalp to break out. 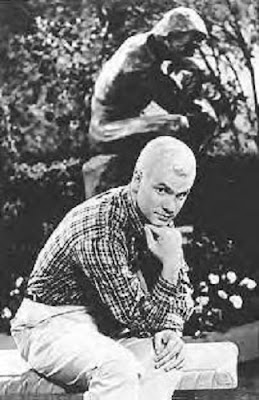 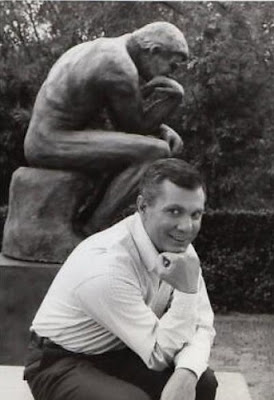 DC Comics published a “Many Loves of Dobie Gillis” comic book that ran for 26 issues from 1960 to 1964, featuring artwork by Bob Oksner. Stories from this comic-book series were later reprinted, with updates to the artwork and lettering to remove any references to Dobie Gillis, by DC as a short-lived series titled “Windy and Willy” in 1969. 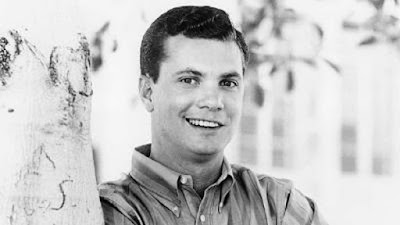 The program spawned two 20th Century Fox-produced sequels, the pilot “Whatever Happened to Dobie Gillis?” (1977) and the TV movie “Bring Me the Head of Dobie Gillis” (1988). “Whatever Happened to Dobie Gillis?” was an unsuccessful pilot for a new weekly sitcom series, which was produced, directed, and developed by James Komack after creator Max Shulman was fired from the production. It was broadcast by CBS on May 10, 1977, as a one-shot special. In the pilot, Dobie had married Zelda and is helping his father Herbert run the Gillis Grocery when Maynard comes back to Central City from his world travels. 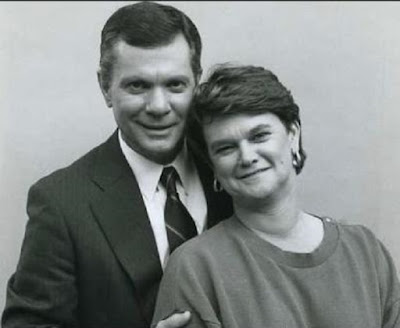 Depressed over turning 40 and not living the life he had dreamed of as a teenager, Dobie goes to his beloved Thinker statue and attempts to destroy it, landing in jail. The production starred Dwayne Hickman, Bob Denver, Sheila James, Frank Faylen, and Steven Paul as Dobie and Zelda's teenaged son Georgie, who was a lot like Dobie had been at his age. 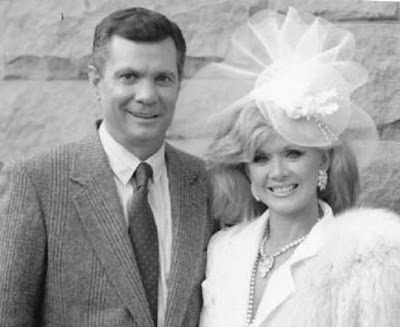 “Bring Me the Head of Dobie Gillis”, first aired as the CBS Sunday Movie on February 22, 1988, was directed and co-written by Stanley Z. Cherry after Dwayne Hickman, who was the film's producer, was forced by the network to fire Max Shulman and Rod Amateau, with whom he had originally conceived the film. The plot features the married Dobie and Zelda running the Gillis Grocery – now also a pharmacy – on their own, Dobie's parents having died.
Meanwhile, Thalia (played by Connie Stevens after Weld declined to reprise the role) returns to Central City – with Maynard, whom she has rescued from a deserted island – after 20 years (implying that Maynard was Gilligan all along), and offers a $50,000 bounty to anyone who will kill Dobie when he refuses to divorce Zelda and marry her. Hickman, Denver, and James returned for “Bring Me the Head of Dobie Gillis”, which featured Steve Franken as Chatsworth, William Schallert as Mr. Pomfritt, and Scott Grimes as son Georgie Gillis. Connie Stevens' daughter, Tricia Leigh Fisher, played Chatsworth's daughter Chatsie, who chased Georgie Gillis with the same zeal Zelda had once used chasing Dobie.
Here are Dobie’s qualifications to join the Television Crossover Hall of Fame: 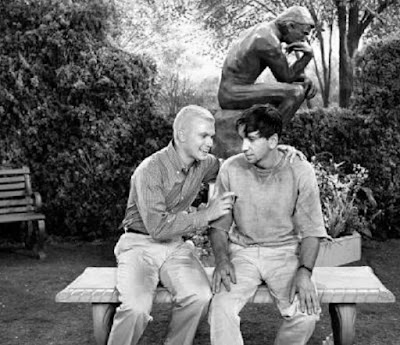 1977
Whatever Happened to Dobie Gillis?

1988
Bring Me the Head of Dobie Gillis 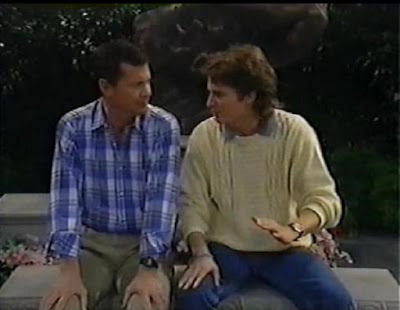 It could be that either "Whatever Happened To Dobie Gillis?" or "Bring Me The Head Of Dobie Gillis" should be relegated to another Toobworld because of two factors - that Zonk about Maynard's 20 years stranded on a desert island.  If they were both allowed to remain in Earth Prime-Time, all of the characters would have to be at least 20 years older than they were in 1977.  The other reason is that the suggestion that Maynard was actually Gilligan (which would mean the middle initial of "G" stood for "Gilligan".)  But we know the "G" stands for "Walter" with the "G" being silent.  Besides, Gilligan returned from the island a decade earlier than Thalia claimed. 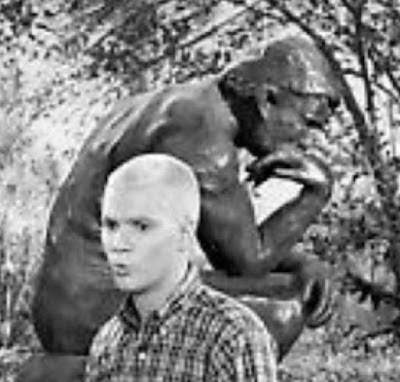 Good night and may God bless Dwayne Hickman.
And welcome to the Hall, Dobie Gillis.