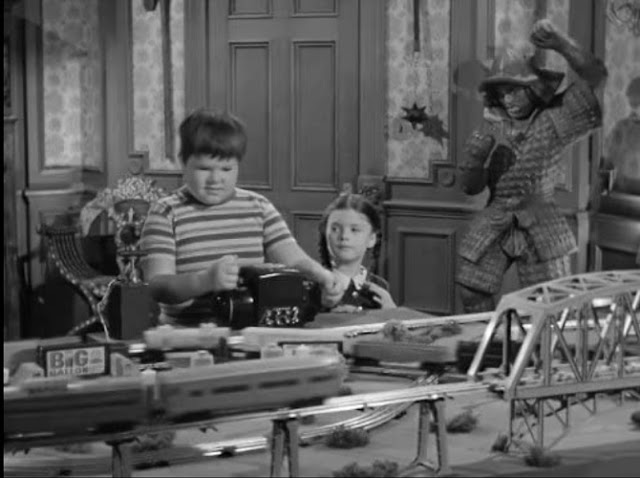 It has been a tradition that in June the Television Crossover Hall of Fame celebrates pairs, if not actual twins.  And since we’re celebrating ‘The Addams Family’ this year, who better than siblings Pugsley and Wednesday? 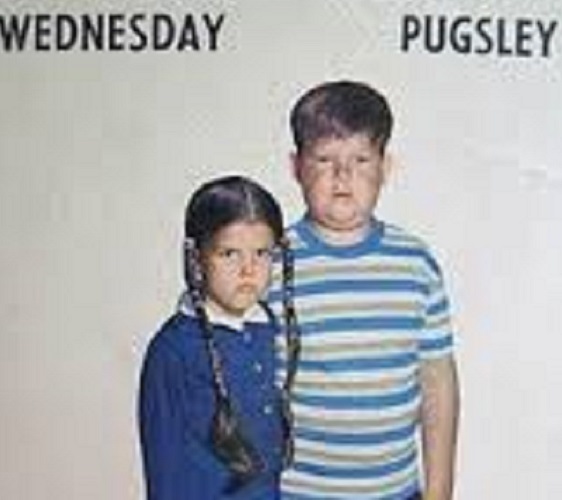 Unlike with the other members of the Addams Family being inducted, the rules had to be bent a bit for Pugsley and Wednesday. (Probably more so for Wednesday.)

Let’s begin with the older sibling…. 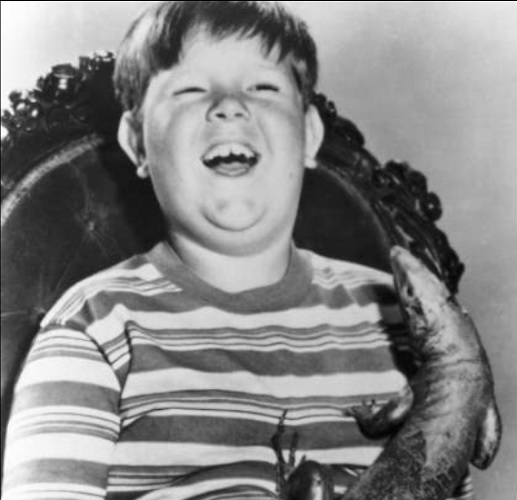 From Wikipedia:
Pugsley is the oldest child of Morticia and Gomez Addams. He is a young boy (his age is given as eight years old in the pilot episode but is changed to 10 years old in the second episode) who is almost always seen wearing a striped T-shirt and shorts. Originally unnamed (as were all of the family members), the character who was apparently the prototype for Pugsley first appeared in the Charles Addams cartoons in The New Yorker during the 1930s. In this first incarnation, he was portrayed as a deviant child with a vicious nature, shown committing deplorable acts with his sister. In all incarnations, he is overweight. In the television series, Pugsley usually eats over five pieces of cake at birthday parties. 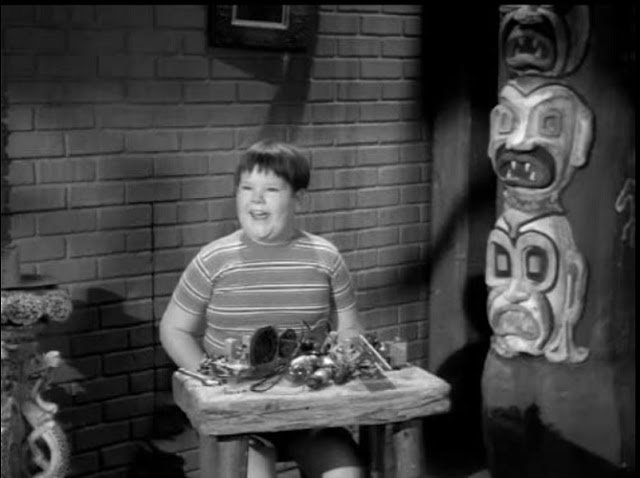 "An energetic monster of a boy…blond red hair, popped blue eyes and a dedicated troublemaker, in other words, the kid next door…genius in his own way, he makes toy guillotines, full size racks, threatens to poison his sister, can turn himself into a Mr. Hyde with an ordinary chemical set…his voice is hoarse…is sometimes allowed an occasional cigar."
— Charles Addams

When the characters were given names for the television series, he was originally going to be called "Pubert" (a derivation of the word puberty, possibly a reflection of his age) but it was rejected as it sounded too sexual, and the name Pugsley was chosen instead. 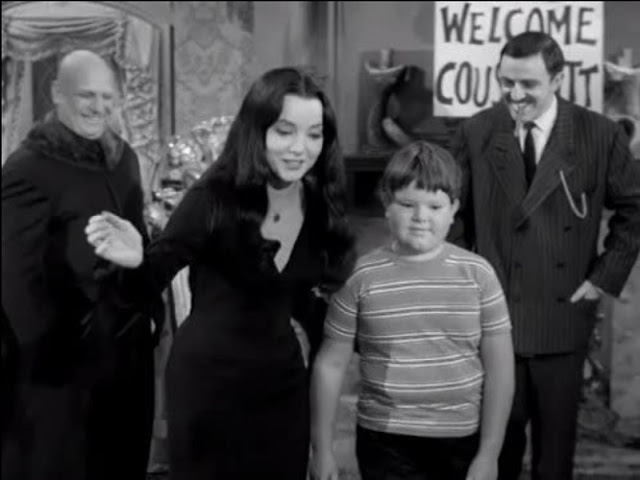 In the American television series, Pugsley is played by child actor Ken Weatherwax. This incarnation of the character is more jovial and inventive; he displays outlandish engineering skills, including the invention of a disintegrator gun, an anti-gravity gun, and other devices. He and Gomez created a computer named Whizzo and a robot named Smiley (played by Robby the Robot). Pugsley and his younger sister Wednesday often play together, rarely exhibiting signs of sibling rivalry; they share an interest in spiders, dynamite, guillotines, and other dangerous "toys."

In an early episode, "Morticia and the Psychiatrist", the rest of the family is concerned that Pugsley is engaging in behavior they consider "odd": wearing a Boy Scout uniform, playing with a puppy, etc. When sent to a psychiatrist, Pugsley tells of boyhood incidents involving hangings, machine guns, and grenades, with no clue that others might find these accounts unusual.

In the 1977 TV movie, Ken Weatherwax played a grown-up Pugsley, who has become a witch-doctor. In the interval between the original TV series and this movie, his parents have had two more children, who look just like the original Pugsley and Wednesday.

Pugsley, as played by Ken Weatherwax, is being inducted as a multidimensional.  Not only does he exist in Earth Prime-Time with the TV series and the reunion TV movie, but Weatherwax also voiced Pugsley in one episode of the animated series.  (All of the characters from ‘The Addams Family’ oeuvre are multiversal, but we’re only concerned with those characters played on TV by the same actor.)

Here are the credits which are getting Pugsley into the Hall: 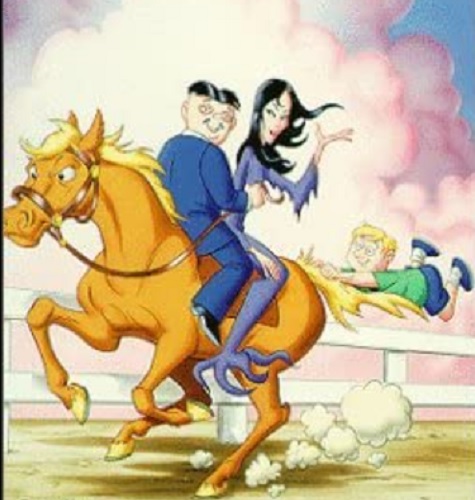 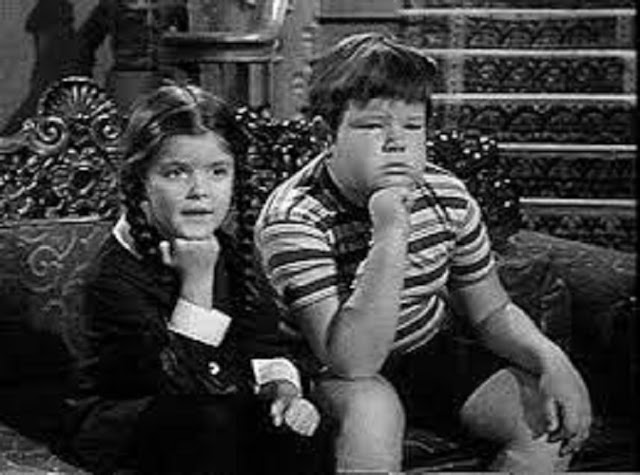 And now we turn our attention to his little sister.  (In other words, don’t turn your back on her…. 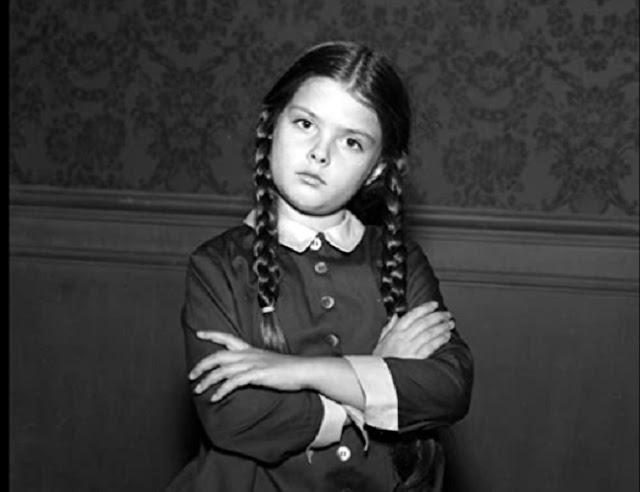 WEDNESDAY ADDAMS
From Wikipedia:
In Addams' cartoons, which first appeared in The New Yorker, Wednesday and other members of the family had no names. When the characters were adapted to the 1964 television series, Charles Addams gave her the name "Wednesday", based on the well-known nursery rhyme line, "Wednesday's child is full of woe". The idea for the name was supplied by the actress and poet Joan Blake, an acquaintance of Addams. She is the sister of Pugsley Addams.

Wednesday Addams is obsessed with death. Wednesday does most of her experiments on her brother Pugsley Addams for fun or for punishment. Wednesday has tried to kill Pugsley many times. She likes raising spiders and researching the Bermuda Triangle. She has a tendency of freaking most people out due to her gothic personality.

Wednesday's most notable features are her pale skin and long, dark braided pigtails. She seldom shows her emotions and is generally bitter. Wednesday usually wears a black dress with a white collar, black stockings and black shoes.

In the 1960s series, she is sweet-natured and serves as a foil to the weirdness of her parents and brother, although her favorite hobby is raising spiders; she is also a ballerina. 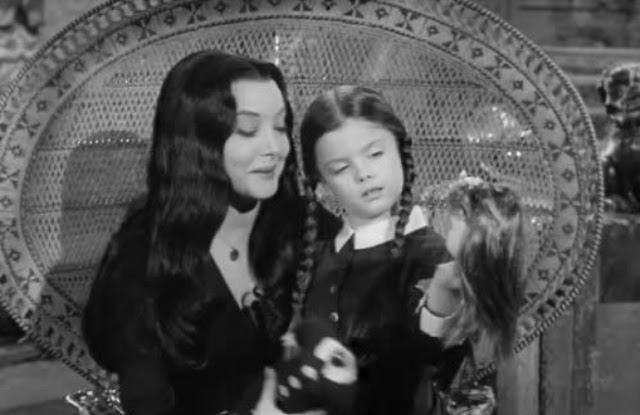 Wednesday's favorite toy is her Marie Antoinette doll, which her brother guillotines (at her request). She is stated to be six years old in the television series' pilot episode. In one episode, she is shown to have several other headless dolls as well. She also paints pictures (including a picture of trees with human heads) and writes a poem dedicated to her favorite pet spider, Homer. Wednesday is deceptively strong; she is able to bring her father down with a judo hold.

Wednesday has a close kinship with the family's giant butler Lurch. In the TV series, her middle name is "Friday". 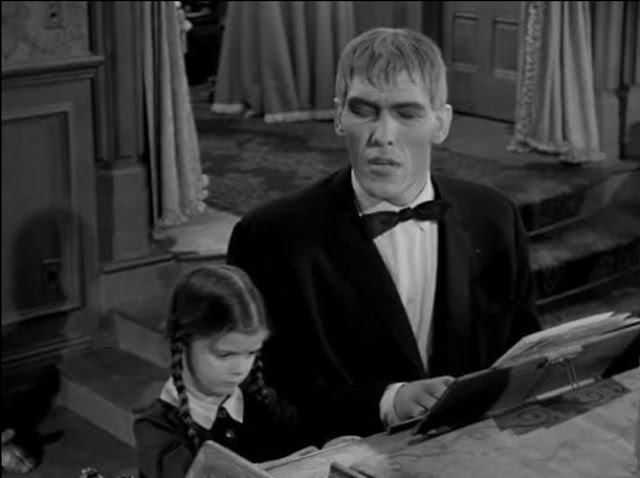 In the 1977 television holiday-themed special, "Halloween with the New Addams Family", Lisa Loring plays a grown-up Wednesday, who mostly entertains their party guests with her flute, and can hear and understand coded help messages by bound-up members of the family, and dispatch help to free them. In the time interval between the original TV series and this television movie, her parents had two more children who look just like the original Pugsley and Wednesday.

Here are the official credits for Wednesday’s eventual induction: 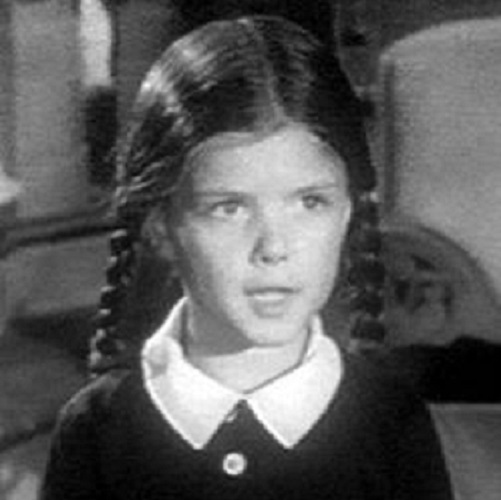 As you can see, she only has two general credits, one less than needed to achieve eligibility.  But I think we have a way around that….

It took me a long time to finally accept it, but I finally, begrudgingly, accepted that computer content from the Internet could be integrated into the greater mosaic of Toobworld.

So why not use that to my advantage?

Probably the most popular moment for Wednesday during the run of the series could be the scene in which she taught Lurch how to dance the Drew:

With the advent of the Internet and YouTube, variations began to crop up:


I have no problem in accepting these to be part of the Toobworld Dynamic.  And there are more out there; probably more to come....
Who says that Wednesday only danced the Drew with Lurch that one time?  Perhaps it became a daily routine in which Wednesday continued Lurch's dancing lessons, with a different song used each day.

Some of these songs didn’t come out until after the TV series ran its course.  Again, no problem.  These are the Addamses!  Think of all the weird things about the family – not just the freakish physical attributes (Cousin Itt of course, but also Cousin Bleak with that drooping middle eye, Grandpa Slurp with two heads), but also the adventures undertaken by some of their ancestors.  (Usually ending with them being executed.)

So why couldn’t one of them be a time traveler?  They could have gone into the future and brought back Tomorrow’s music for Wednesday during a visit unseen by the audience back home in the Trueniverse.
Therefore, I’m including those YouTube reworkings as minisodes acceptable to Toobworld Central.

Welcome to the Hall, Pugsley & Wednesday! 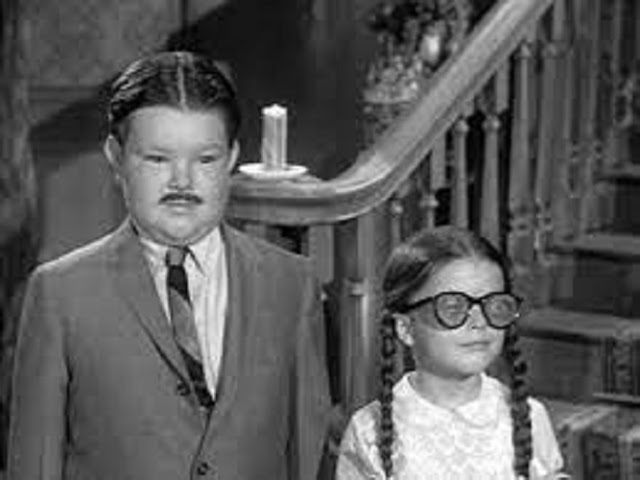 I'm inducting you both on a Wednesday in honor of Wednesday Friday Addams.

Sorry, Pugsley, but she scares me.... 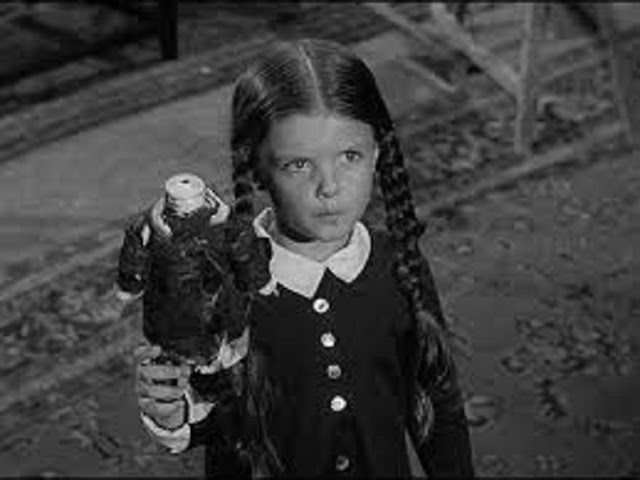 O'Bservation:
This is my first attempt at using the updated method to add videos.  I'm hoping it worked....