I AM AN IDDIOT VIDDIOT LYDDIOT - IN MEMORY OF LYDIA DOYLE

Since 1995, I have belonged to an internet group known as The Idiot's Delight Digest, which started out as a celebration of all music, befitting the deejay Vin Scelsa who was a free-form radio dinosaur heard on stations like WNEW, WXRK, WFMU, and an "Idiot's Delight" show on Sirius satellite radio.  If not one of the first online discussion groups, the IDD must certainly rank as one of the longest-lasting - although it has branched out to appear mostly through splinter groups on Facebook and the like.

The IDD may have started as being about Scelsa, his radio show, and music in general, but it quickly grew beyond that (fueled in those early days by Bosnia and the OJ trial) to cover any topic imaginable.  And then we decided to take the plunge and finally meet each other face to face, which led to the annual tradition of IDD BBQs as well as going to concerts, plays, movies, and even baseball games.  Several marriages have resulted from this group of Iddiots, and I - who can proudly claim to have invented the term "Iddiot" to define us - am even prouder to be the godfather to a lovely young Iddiette of the next generation.

The reason I bring this up is that on Friday, the Iddiot clan lost one of its own - Lydia Doyle, an emergency room nurse in Long Island who finally lost her brave battle against "The C Word".

In her memory, I want to share this rarity - the pilot for long-running soap opera 'General Hospital'.  You'll have to forgive the sound quality - nobody back then could have guessed there would be anyone interested in seeing old TV shows, let alone studying them!  O'Bviously it doesn't accurately reflect the world of the ER, let alone Lydia's experiences, but I saw it as a novel way to salute the memory of someone just as novel. 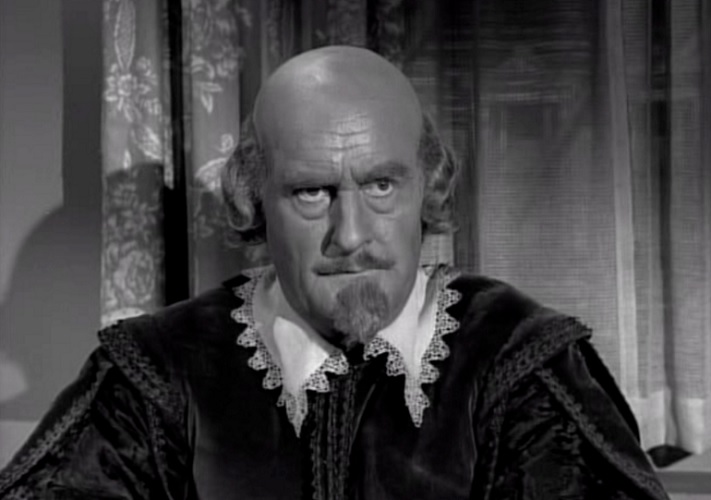 VIDEO SUNDAY - WHO WHAT NOW?


Usually I save all of my 'Doctor Who' posts for the big celebration held every January 1st - the annual "Who's On First" blogAthon!  What better day than January 1st?  Hopefully we had a Christmas special only the week before, so we're still pumped up for anything Whovian.  And January 1st is perfect when discussing a Time Lord - what could be better than an artificial demarcation of Time and the one marking the first day of a new yarron?But this post needed to go out now as it's a time-sensitive news story.Yesterday, the BBC announced the actor who will be playing the Doctor's new companion.  It will be Pearl Mackie, playing Bill:
So here are my O'Bservations:First off, check out this article from the Radio Times.Like the article, I also think Bill is from the 1980s.  Before I read the piece, I had no clue that was a Prince T-shirt, but I could feel how the 1980s were emanating from her wardrobe as a whole.  And I like that a new companion is from the past; it means that there would be more of a reason to use her relationship with the Doctor to ease new viewers into the series as he'll have to "splain" everything to her (as he does with Bill re: the Daleks here.)

She's going to be quite upset when she gets to 2017 and finds out that Prince died back in 2016!  So she'll be someone most of us can relate to right away.....It's a shame she couldn't be the first Companion to be playing herself.  Because "Pearl Mackie" is a cool name.  But even just "Pearl" would have been fine. Someone online noted that her name as "Bill" could be a tip of the hat to Billie Piper, the first Companion once the series returned in 2005, and to William Hartnell, the first Doctor over fifty years ago.  I think it's a great tribute.But the fact that she's not going by "Billie".....  That got me thinking....What if she had a sexual reassignment?  What if she was once .... a may-un!  ("Roger Rabbit" reference....)I think Pearl Mackie looks hot.  I'm not basing this theory on her looks at all. (It would be a different story if we were talking about  Ann Coulter!)  But I think she could do a convincing acting job as a transgender, post reassignment.In that case, Bill would have once been "William" instead of "Wilhelmina" which is the way most people must be thinking right about now.And to have such a character would show that this science fiction show would be on the cutting edge of  television.But it looks as though we'll have to wait until 2017 before we can see her truly in action to find out if that theory has legs...Here's one last point to consider - is this teaser trailer to be considered canon?  Will this clip be blended into the flow of action in the actual show just after they first met?  Or is it going to end up some alternate timeline?Time will tell.....BCnU!
Posted by Toby O'B at 11:02 AM 0 comments