SATURDAY MORNING SUPERHEROES - BY THE BOOK 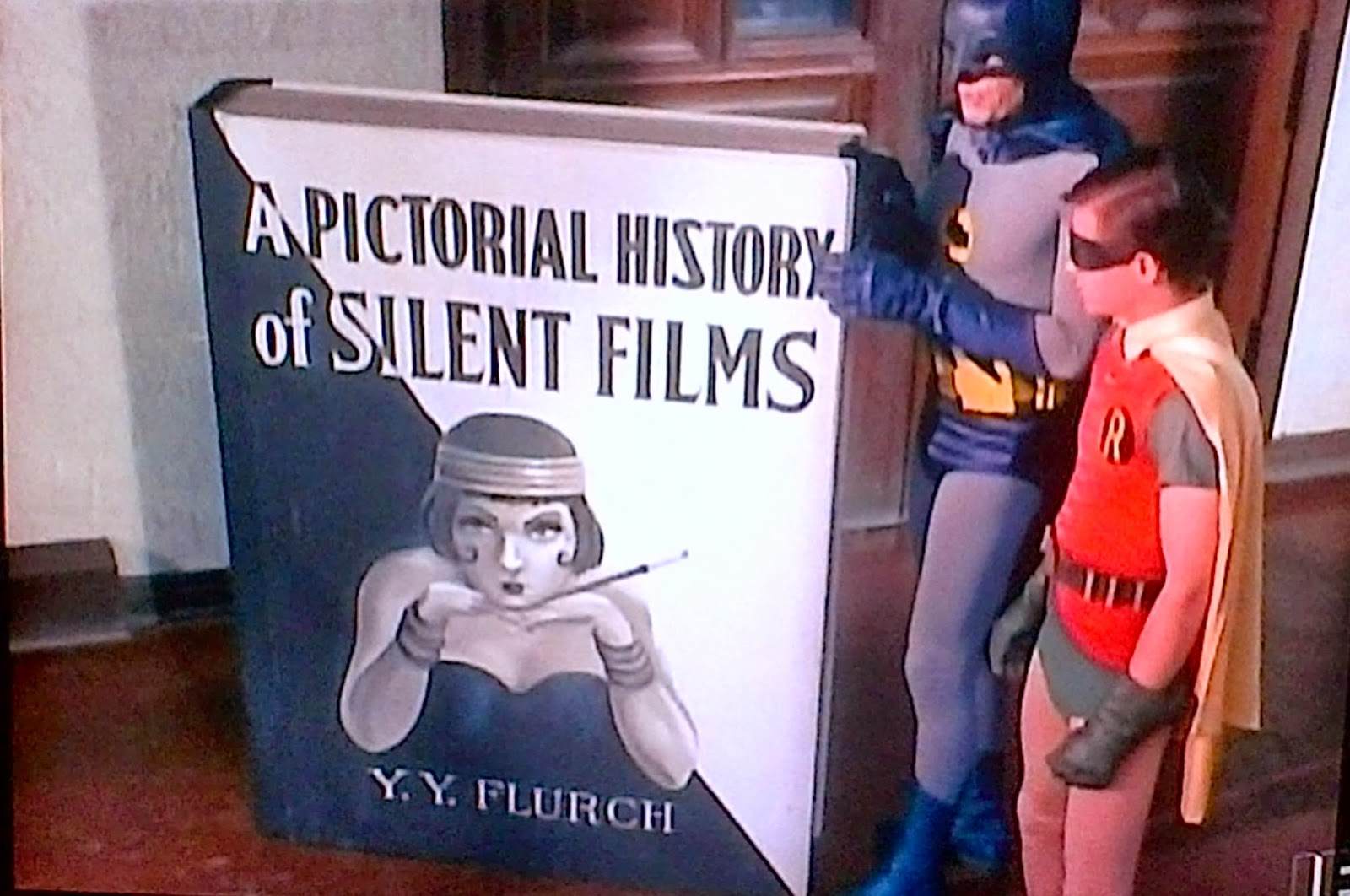 I can't recall if it was in a DC or Marvel comic book, but there was a story about the man who made his ill-gotten gains from hiring out the henchmen who worked for various super-villains.  I'd like to think this same character had a televersion who had business dealings with all of the colorful villains who plagued Gotham City back in the 1960s.

And there is another character who was never seen on 'Batman', as well as a few other TV series*, but whose work was evident in almost every episode.  I'm talking about the inventor who created all of the deadly traps and other dangerous props used by the villains in their attempts to subdue and kill the Dynamic Duo.

One such prop can be found in the 'Batman' episode "Death In Slow Motion" - a giant book that had been made for the Bookworm.

Astute readers and avid fans of 'Batman' must think they found an error in that statement above.  After all, it was a prop used by the Riddler which contained two riddles for Batman & Robin.

This is true; however, I said it was made for Bookworm.  But at the time, the Bookworm couldn't take possession of it from the avaricious artisan who built it.  He may have been in prison, perhaps short on the funds needed to pay for it.  Whatever the case may have been, the Riddler bought it for his own use in his silent film caper.

THEORY OF RELATEEVEETY - THE TIMSONS/TIMPSONS, A DOUBLE SHOT OF BAILEYS


Scott & Bailey
Micky Timpson
- Episode #2.7 (2012)
So making the claim that a character named Micky Timpson in an episode of 'Scott & Bailey' could be related to the notorious Timson clan who basically kept the roof over the head of Horace Rumpole and his wife "She Who Must Not Be Named" is not much of a stretch. Toobworld Central declares it a perfectly valid theory of relateeveety.
BCnU!

PS:
It provides no validity to my argument at all, but it amuses me that both shows used for this theory of relateeveety have "Bailey" in their titles.....
Posted by Toby O'B at 12:30 AM 0 comments

Labels: As Seen On TV, By Any Other Name, Game of the Name, O'Bservations, Tele-Folks Directory, Theories of Relateeveety, World Toob 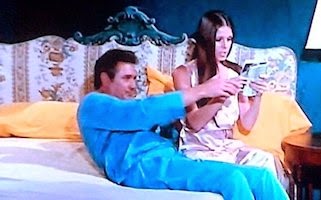 When Mac was finally home from two weeks with the Naval Reserve where he had worked hard to save a young woman in the Navy from being convicted of murder, Sally decided to tease him by denying him her sexual favors.  She professed an interest in watching a late night movie instead and while looking through the TV Guide, she found the perfect one - "King Kong Vs. Mighty Joe Young".

There are two ways to look at this.  Sally could have just made that title up as part of her teasing.  Or there really was a movie in Toobworld by that title and she really did see it listed in the Guide.

If it was a real movie in Toobworld, it was probably made in the 1950s.  Mainly because the original "Mighty Joe Young" film came out in 1949, but also because it had to be around long enough to be relegated to the late night lineups.

This could be one of those movies directed overseas by Cortland Evans when he was blacklisted in America.  As for actors in it (besides the guys in the ape suits), maybe it was one of Dash Riprock's first leading roles, with Quirt Manly as the already established main actor.

"Point Of Order" was the last episode of 'MacMillan & Wife'.  Susan Saint James left the series and it continued on as just 'MacMillan'.  Apparently, Sally died in a plane crash at some point between the two iterations of the series.

I've always held on to the belief that it was a small plane and that Mac had somehow fixed it so that it would crash, killing all those on board.  (Hopefully just Sally and the pilot.)

Yes... I'm declaring Stuart MacMillan to have been a murderer who got away with it.


"You know what I love about this country?
Its amazingly short memory.
We're a nation of amnesiacs. We forget everything:
Where we came from, what we did to get here.
History is last week's People magazine."
Miles Drentell
'THIRTYsomething'

When TV characters talk about People magazine in Toobworld, they are not referring to the publication to be found in the real world.  It's to the magazine from Howard Publications that could be found in 'The Name Of The Game'.  Its publication was overseen by Glenn Howard and Jeff Dillon was one of its main writers. 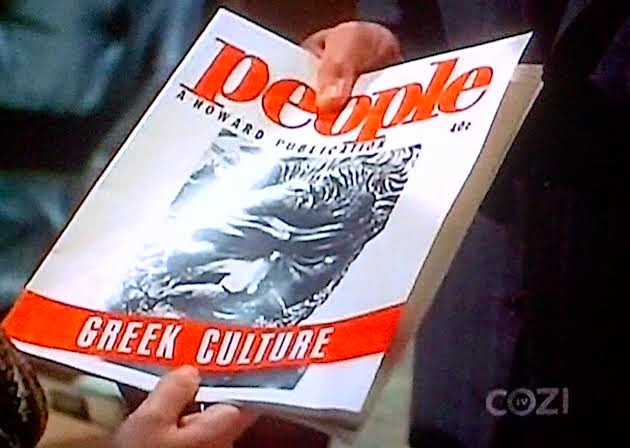 As we can see, using that premise, Howard Publications was still publishing People in 1991 and with every mention of the magazine since then in dialogue from many TV shows, both dramas and sitcoms, it will always be considered the fictional magazine found on Earth Prime-Time. 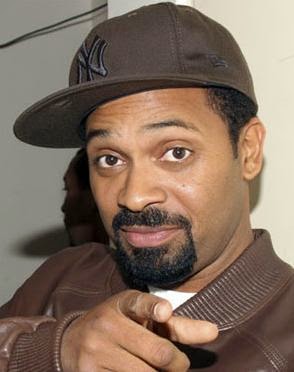 It appears that the greater TV Universe will be getting another version of the John Hughes movie "Uncle Buck".  It already has a televersion in Earth Prime-Time which starred Kevin Meaney in the John Candy title role.  So this new version would need to be placed in an alternate TV dimension and the casting of the lead character has made the choice out of multiple Toobworlds easy.

ABC has signed Mike Epps of the "Friday" movies and who is currently in 'Survivor's Remorse' to play Buck Russell.  Buck is described as “a childish man who learns how to be an adult by taking care of his brother Will’s kids in a very childish way.”  Another major cast member who has been announced is Nia Long as Buck's sister-in-law

The article pointed out that ABC might have a publicity nightmare on its hands if they stick with the name "Buck" for a black man.  But even if they change it (which would mean losing the publicity cache of the movie tie-in), I think it should still be left in the alternate TV dimension of Black Toobworld.

Should this sitcom make it to air, it would join the likes of the black versions of 'Kojak', 'The Odd Couple', 'Ironside', and the cinematic adaptation of "The Honeymooners".

Labels: Alternateevee, Big Screen TV, By Any Other Name, Game of the Name, O'Bservations, Recastaways, Twipped from the Headlines

THE TOOBITS AWARDS - A LOOK AT THE CANDIDATES


The annual Toobits Awards at the end of the year aren't just slapped together.  I collect pozz'ble candidates all through the year.  (And sometimes I know I have a clear winner the moment I see the entry.)

So I thought maybe I'd share some of the candidates as I find them, and add a splainin as to why I think they're eligible.

Today it's my first candidate for Best Performance by a League of Themselves Member in Toobworld.  (There are other options in the Tooniverse, Skitlandia, and in commercials.) 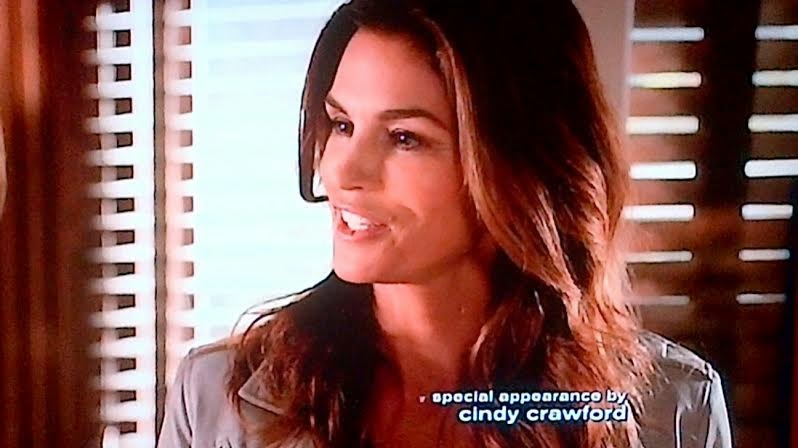 From Google:
A neurosurgeon is a physician who specializes in the diagnosis and surgical treatment of disorders of the central and peripheral nervous system including congenital anomalies, trauma, tumors, vascular disorders, infections of the brain or spine, stroke, or degenerative diseases of the spine.

I hope her televersion gets better!

Labels: As Seen On TV, League of Themselves, Life During Prime-Time, O'Bservations, Tele-Folks Directory, Toobit Awards


This was probably the most powerful scene in all of the Toobworlds last week, no matter what may come in that series........