"DOCTOR WHO" TURNS FIFTY: AN O'BSERVATION For years, the top four spots in my all-time favorite TV shows have been locked in stone: number one is "The Prisoner "; number two is "The Mary Tyler Moore Show"; number three is "The Dick Van Dyke Show"; and number four is "Columbo".  That's the way it always was and I thought that's the way it always would be.
In the last nine years, one show has moved up to break into the Top Five (although I always keep Super Six lists).  And today, that show is celebrating its 50th anniversary.....
"Doctor Who"
First off, I don't want you to think I'm one of those "fans" who only got on the bandwagon with the RTD reboot in 2005.  When "Doctor Who" made its first big impact on the American TV market in the late 70s, I had read the pre-publicity and was ready to sample this "new" sci-fi venture.
But I also remember seeing at least one of the Peter Cushing theatrical releases on TV years earlier when I was living in Connecticut.  (From that viewing, I only remember that I didn't like it very much - still don't - but it was my first exposure to a very talented man, Bernard Cribbins, whose performances I would enjoy whenever I stumbled across them.)
When "Doctor Who" debuted in America, I had no clue about its history in British television, nor that other actors played the Time Lord before Tom Baker.  When I saw Patrick Troughton in "The Omen" when it first opened, I had no idea he had already served his time in the role (in what has since become my favorite incarnation of the Doctor.)
All I kept thinking while watching the Fourth Doctor in "The Robots Of Death" (my first adventure) was that this wild-maned, toothy-grinned mad man with a box, sporting an unmanageable scarf, was unlike anyone I had seen before in American sci-fi shows.
So it's always been an enjoyable addition to my overall television viewing experience.  I really hoped for the best when it returned with the TV movie in 1996, despite its flaws and revision of the Daleks and the Master.  Had it gone to series, I'd have watched it.  (As Paul McGann has reminded us recently, he was a worthy incarnation of the Doctor.)
But with the show's return in 2005, something had changed in my life. I had begun my "studies" in televisiology, in the hopes of one day creating my own fantasy realm/shared universe similar to those found in the works of Philip Jose Farmer, Marvin Kaye, John Myers Myers, and the two who started it for me, Fletcher Pratt and L. Sprague DeCamp.
And I've come up with the Toobworld Dynamic, a shared universe in which almost all TV shows, TV movies, commercials, online content, and even a few theatrical movies share the same world.
Over the years, "Doctor Who" has risen to take its place at the very hearts of this TV Universe because of the nature of the show.  It could be anything: drama, comedy, a Western, a cop show, a medical program, a love story, a travelogue, a science lecture, history lesson, political intrigue, a musical, slapstick, murder mystery, in color and black & white.....  All it needs would be flying monkeys to achieve my vision of perfection!
Regular visitors to the Inner Toob blog will know that it's become an O'Bsession of mine as I've found dozens, if not at least a hundred, connections to other TV shows.  Some are deliberately stated (crossovers with "Torchwood" and "The Sarah Jane Adventures", mention of Arthur Dent), but mostly they're the products of my knock-about imagination.  Connections to shows like "Batman", "Star Trek", "The Twilight Zone", even "I Love Lucy "!
It has come to the point that - even without today's milestone - I would always be finding new things to scribble about "Doctor Who".  For the last five years, near as, I've held a one-man blogathon about the show on New Year's Day.  The umbrella title for such a project?  "Who's On First".....
Anyhoo, it's too late to make a long story short.  But I just wanted to say that O'Bsessively thinking about the show as the anniversary approached made me realize it was time to update my Super Six list of TV shows once again.......
6] "Lost"
5] "Columbo"
4] "The Dick Van Dyke Show"
3] "The Mary Tyler Moore Show"
2] "The Prisoner"
And my Number One favorite TV show is......
Well, duh.  Haven't you been paying attention?
Happy anniversary, "Doctor Who". 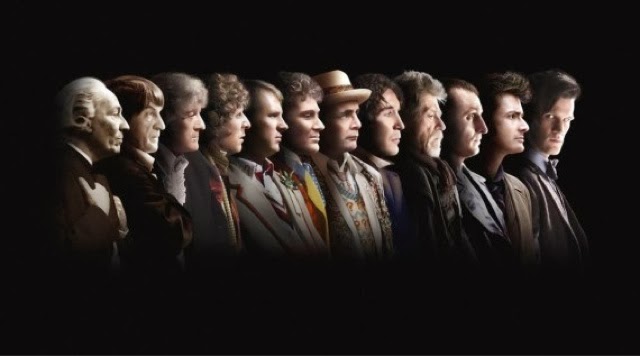 LEAGUE OF THEMSELVES - JEAN-CLAUDE VAN DAMME (AGAIN, BUT NOT REALLY) 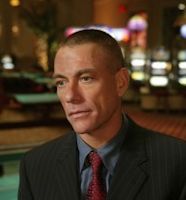 SYNOPSIS:
Filming a stunt from the roof of the Montecito on a motorcycle, something goes wrong and Van Damme dies. 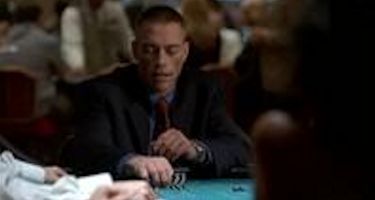 O'BSERVATION:
This can't be the real Van Damme.  But everybody accepts that he's dead.  Somebody in the Las Vegas CSI had to notice it was a real body or not.

Therefore, it had to be a clone or some other kind of replicant.  And it wasn't revealed that the real Van Damme was still alive until after the episode ended.

Labels: As Seen On TV, Double Vision, La Triviata, League of Themselves, Life During Prime-Time, O'Bservations, Splainin 2 Do, Zonks

LEAGUE OF THEMSELVES - JFK JR. 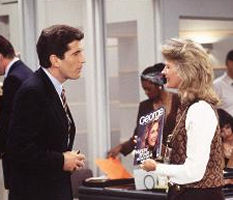 O'BSERVATION:
Although a body double was used (and thus falls into the "As Seen On TV" category), JFK, Jr. also is "in" an episode of 'Seinfeld'.  And so he connects the two series together. 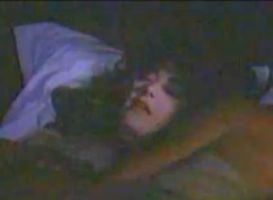 Labels: As Seen On TV, Hall of Fame, Hat Squad, League of Themselves, Life During Prime-Time, Online TV, Twipped from the Headlines, Video Weekend

LEAGUE OF THEMSELVES - DAVID HASSELHOFF 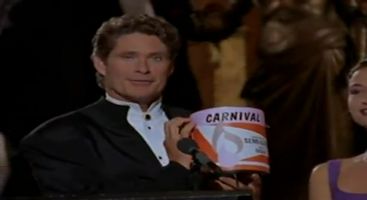 AS SEEN IN:
'Action'
"Mr. Dragon Goes To Washington"

Labels: As Seen On TV, La Triviata, League of Themselves, Life During Prime-Time, Location Shot

LEAGUE OF THEMSELVES - GINGER ROGERS 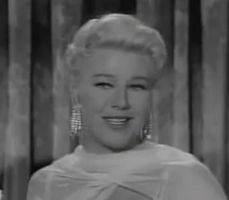 AS SEEN IN:
'The Jack Benny Show'
"The Ginger Rogers Show"

Labels: As Seen On TV, League of Themselves, Life During Prime-Time, Online TV, TV Classique, TV On TV

"THE GETTYSBURG ADDRESS" - FROM TOOBWORLD


This takes place in an alternate TV dimension.  Whenever there's a stand-alone TV movie or mini-series that features historical characters, I send them off to different dimensions so there's no clash over the many different portrayals of an historical figure.

In this case, it would be President Abraham Lincoln as played by Gregory Peck.....


Today marks the 150th anniversary of the Lincoln's recitation of his speech.

(In Earth Prime-Time, the official portrayal of President Lincoln is by Ford Rainey.)

THE GETTYSBURG ADDRESS - RECITED FROM THE CINEVERSE


From the movie "Ruggles Of Red Gap":


Today marks the 150th anniversary of President Abraham Lincoln's delivery of the Gettysburg Address, considered one of the greatest speeches in American history.

To mark the occasion, Toobworld Central has a Super Six list:

1]  PETTICOAT JUNCTION
Episode: Joe Saves the Post Office (1969)
At the Lincoln Memorial, Uncle Joe gives a moving and heartfelt recitation of the Gettysburg address, which touches all those who hear him. He even inspires himself, deciding to argue for the post office on its own merits.
(from IMDb)

3]  THE COURTSHIP OF EDDIE'S FATHER
Episode: The Business Trip (1970)
Tom and Norman need to go on a business trip to Las Vegas. Unfortunately this trip coincides with Eddie's performance as Abe Lincoln. Eddie recites the Gettysburg Address - at least the first line!
(from IMDb)

Laura asks to be hypnotized next. Glenn tells Laura to become the person she most admires. She becomes Abraham Lincoln and begins to recite the Gettysburg Address.
('The Dick Van Dyke Show' episode guide)

5]  LATE SHOW WITH DAVID LETTERMAN
Season 20, Episode 94 (Feb. 20, 2013)
Wearing a fake beard and stovepipe hat to resemble the 16th President of the United States, Hugh Jackman says, "The truth is, I wanted to sway a few last-minute Oscar voters. I'll be honest. I mean, really, can Daniel Day-Lewis do this?" He then proceeds to sing the opening line of the Gettysburg Address.
(From Ace Showbiz)

6)  BONANZA
Episode: Unknown
I haven't been able to track down the episode, but Little Joe became a teacher after he caused the regular teacher to be crippled.  A couple of older boys showed up just to make the job miserable for Joe, but in the end they came around to the concept of an education and were able to read on a fundamental level.  One of the boys recited the Gettysburg Address...... 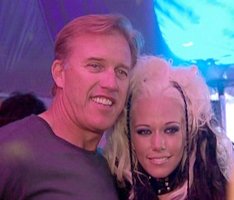 AS SEEN IN:
'The Girls Next Door'
"Here's Looking At You, Hef"

Labels: As Seen On TV, La Triviata, League of Themselves, Life During Prime-Time, Location Shot, Reali-TV

LEAGUE OF THEMSELVES - CAROL BURNETT AS SEEN IN:
'The Larry Sanders Show'
"The Spider Episode"

THE LEAGUE OF THEMSELVES: COOPER, PEYTON & ELI MANNING


THE MANNINGS:
COOPER, PEYTON, AND ELI

AS SEEN IN:
'The Simpsons'
"Oh Brother, Where Bart Thou?"