For this week’s Friday Hall of Famer, we’re doing a call-back crossover with an earlier entry from this month…. 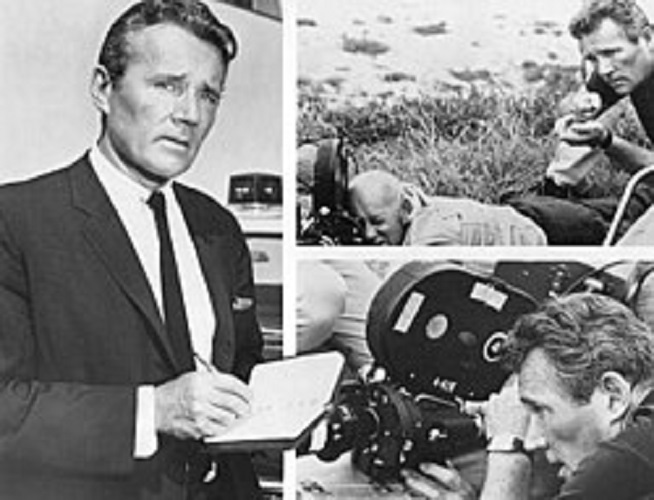 From Wikipedia:‘Felony Squad’ is a half-hour television crime drama originally broadcast on the ABC network from September 12, 1966, to January 31, 1969, a span encompassing seventy-three episodes. 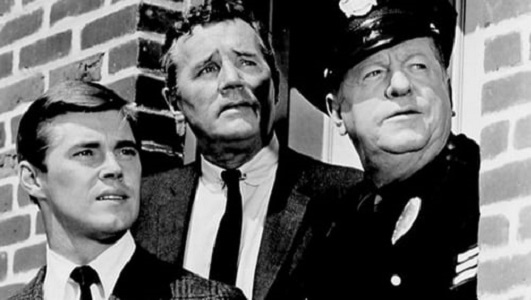 The program starred Howard Duff (as Sergeant Sam Stone) and Dennis Cole (as Detective Jim Briggs) as investigators in a major crimes unit. The setting was an unidentified West Coast city (background scenes obviously show Los Angeles, and L.A. City Hall is shown at dusk in the final scene of the opening credits). Duff's character was the veteran who was teaching his younger partner the nuances of life in this new facet of police work. Another main character was desk sergeant Dan Briggs (portrayed by Ben Alexander), the father of Cole's character. 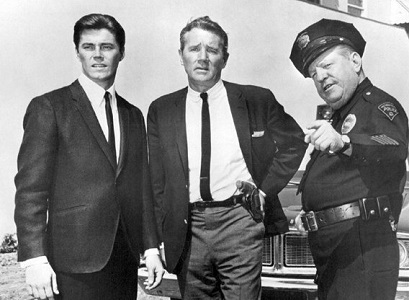 The final episode of the series was part of a crossover with the ABC legal drama ‘Judd, for the Defense’, starring Carl Betz. The stunt also proved to be no more effective for ‘Judd’, which was cancelled at the end of its season after a two-year run. 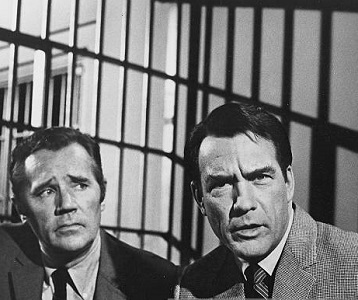 Our inductee is of course Detective Sergeant Sam Stone, because of the three main characters, he’s the only one to appear in three different TV series, the main requirement for membership in the Television Crossover Hall of Fame.  Desk Sgt. Dan Briggs only had ‘Felony Squad’, while his son Jim Briggs did make the crossover to ‘Judd For The Defense’.

But Sgt. Stone had one more trick up his sleeve….
‘Batman’“The Impractical Joker” (1966) 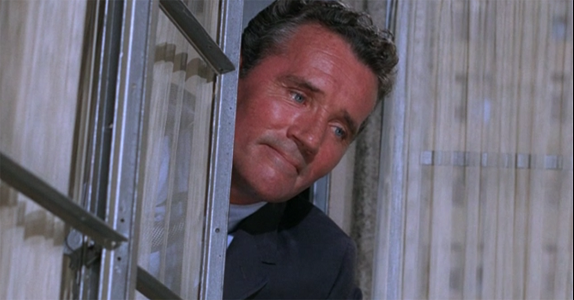 From the IMDb:Window Cameo in which Howard Duff portrays his character of Det. Sgt. Sam Stone.
There are a few other possibilities for theoretical connections for Sgt. Stone.  First up is what was probably meant as a reference to the TV series….
‘The Rockford Files’“The Prisoner of Rosemont Hall” (1978)
From the IMDb:
When Jim confronts Leslie in Paul's apartment she exclaims, "And where do you come off breaking in and then asking questions like somebody out of ‘Felony Squad’?" 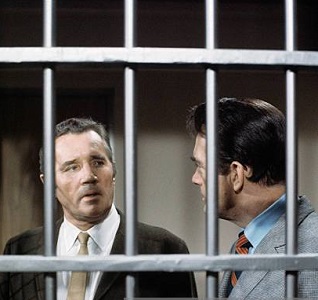 The intention of the writer could have been a reference to the TV show.  But within Toobworld, she could have meant the actual Felony Squad and that “Somebody” could have been Sam Stone.  In her past, unseen on our TV screens back in the Trueniverse, Leslie Callahan could have crossed paths with Stone.
Here’s a theory of relateeveety: Sgt. Sam Stone of Los Angeles could have been related to Detective Lt. Mike Stone who working ‘The Streets of San Francisco’, perhaps even brothers.  You never know.  Like Mushie Muskrat would say, “It’s pozz’ble, just pozz’ble.” 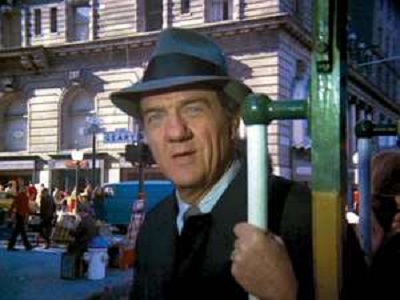 Actually, I’m going to make the claim that they were cousins, because I have another candidate for Sam Stone’s brother… twin brother, in fact. 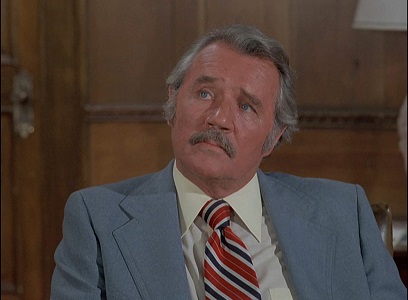 Going back to ‘The Rockford Files’, Howard Duff played a con man named Edward J. Marks in “There’s One In Every Port”.  And while he had a daughter named Christine Marks, it still could be that he adopted that surname at a much younger age and conferred it upon his daughter.  Probably the one good thing he may have done to keep his twin brother from being linked to his name, should any scandal occurred while he was grifting in the Los Angeles area. 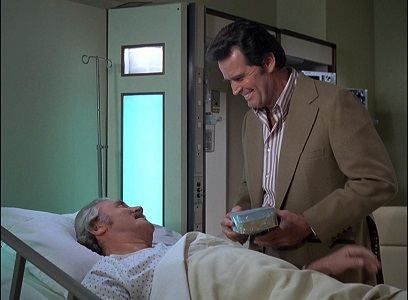 At any rate, we don’t have to depend on those tenuous connections.  Detective Sgt. Sam Stone has earned the right for inclusion well an truly on his own. 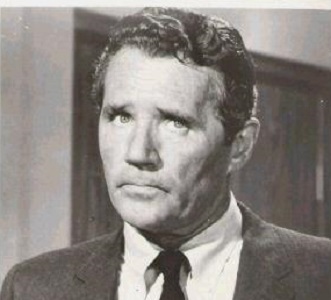 Welcome to the Hall, Sgt. Stone! 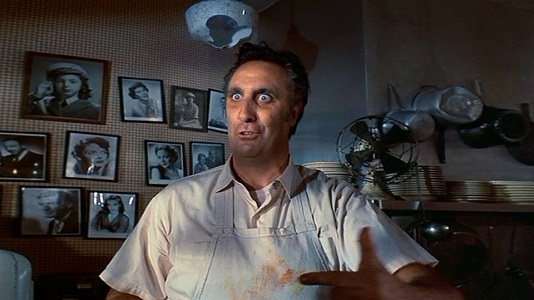 ‘COLUMBO’
“RANSOM FOR A DEAD MAN”

“FADE IN TO MURDER”

This is the story of twin brothers – Albert and Anthony; both of whom grew up to work in the food service industry.  Their last name is unknown.
Albert went to work slinging the chili at Barney’s Beanery, where he was known by the diminutive nickname of "Bert."(We would meet his boss Barney years later.) 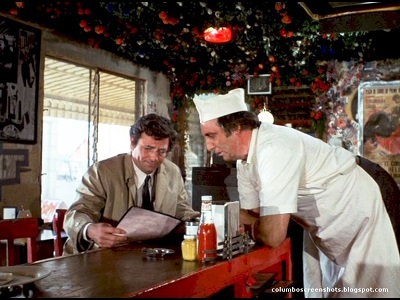 When next we met Bert, it looks as though he now owned his own diner where he continued to slop out his famous chili.  (Lt. Columbo would always be loyal to whoever made the chili, not always to the place where it was served.  However, he would go back to Barney's Beanery in the future.)

The reason I think it was his own place was because Bert felt safe leaving his WWII "souvenirs" there.  If he had a boss, that boss might not have approved. 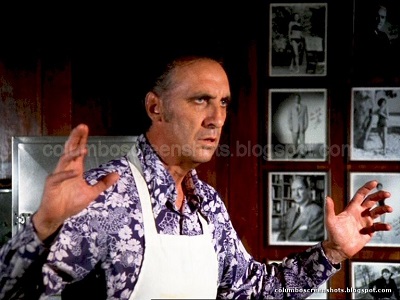 Meanwhile his twin brother Anthony, known to all as Tony, had his own place – a low-key delicatessen which, despite its appearance, was popular among the Hollywood elite, like Clare Daley, one of the producers of the ‘Inspector Lucerne’ TV show.
One point of interest between the two would be the placement of the pictures on the walls of both establishments.  Those famous pictures behind Tony at the deli are neatly aligned on the wall but the ones behind Bert are disordered, unbalanced. 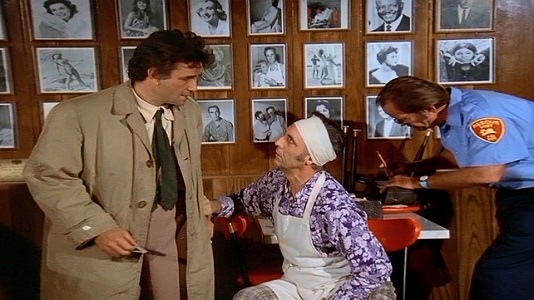 One reason could be that Bert just didn’t care.  It wasn’t his place, so unless Bert the owner told him to straighten them out, they were going to just stay that way.  But at Tony’s Deli, they are all neat and orderly on the wall.

That’s another sign that Tony owns his place; why he showed pride in the deli.
But even so, how did Bert's pictures get so uneven in the first place?
When we last saw Bert (We first met him when Lt. Columbo investigated the “kidnapping” of Paul Williams.), it was in October of 1971.  (We would not meet Tony until 1976.)  Earlier that year, in February, there had been an earthquake in the San Fernando Valley.  It registered at 6.6 magnitude and between 58 and 65 people died during that quake.  I suppose it's not an exact number because the exact cause of death couldn't be directly attributed to the devastation afterward.
So the quake was bad enough to kill, but all that happened at Bert's place was that a few pictures were left  off-kilter.  But not enough so that Bert had any compulsion to readjust them.  I wouldn't have either - for alls I know, another quake might have happened at any moment, so why bother? 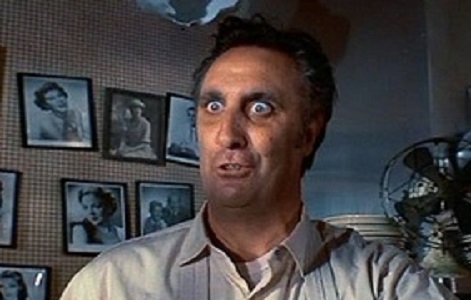 And based on how he looked here, I wouldn't dare question him about when he might adjust them!
BCnU!


Last week, I looked at the connection to the movie version of ‘The Third Man’ – not the TV adaptation – made in the Season Six finale of ‘Endeavour’.  And now we have another Cineverse link to Earth Prime-Time.

“A Pocketful Of Miracles”

From Wikipedia:
[In the 1930s,] Dave the Dude is a successful, very superstitious New York City gangster who buys apples from street peddler Apple Annie to bring him good luck. On the eve of a very important meeting, he finds Annie terribly upset.

Annie, it turns out, has a daughter named Louise, who was sent to a school in Europe as a child, but is now a grown woman. Louise believes her mother to be wealthy socialite Mrs. E. Worthington Manville, and she is bringing her aristocratic fiancé Carlos and his father, Count Alfonso Romero, to meet her.

Because of Joyboy, I want to absorb “Pocketful of Miracles” into the TV Universe.  Why not?  The Cineverse wouldn’t have need of it; that fictional universe already had the better version, “Apple For A Day”.

But Toobworld wouldn’t have need of Joyboy until 1962 when he would be about 64 years old.  By then he’d be looking something like this: 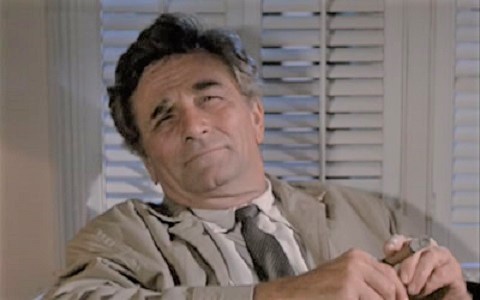 Why would this be of any import?

In 1963, Ed turned nine years old (sixty in human years) and he wanted Wilbur Post to throw him a birthday party.  One of the horses there was named Joy Boy…. 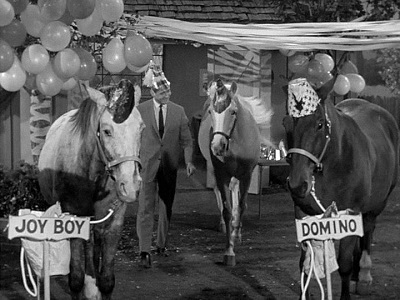 In those thirty-odd years since the events of the movie, it could be that Joyboy (or Joy Boy, whatever) moved to California.  And maybe he kept his interests in the “game” by dabbling in horse-racing.  Fixing races?  Heavens forfend!
But he could have picked up an old race horse which was named after him….. 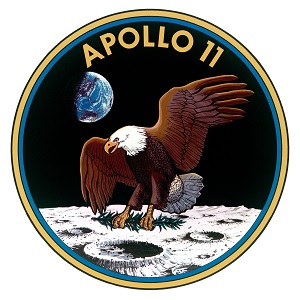 Fifty years ago today, I got quite a scare at Boy Scout Camp.....

We were all gathered in the mess hall for dinner and one of the counselors stood up and announced that he had some very sad news to tell us.

This was the middle of July in 1969.  Cut off as we were from the outside world, we still knew what the big story was that week - the Apollo 11 mission to the Moon was nearing the day of its historic landing on the surface.  It would be another five days before we heard that historic phrase from Neil Armstrong:

“That’s one small step for man; one giant leap for mankind.”

(He was supposed to say "for A man", but flubbed it in the excitement.  I don't think it mattered in the long run but don't tell my high school English teachers that.)

So there we were, isolated at Deer Lake Boy Scout Camp in Killingworth, Ct., and when the counselor told us that he had some very bad news to report, my heart sank.  I thought for sure the Apollo 11 had exploded!

And then he revealed the news:

"Clarence the Cross-Eyed Lion has died." 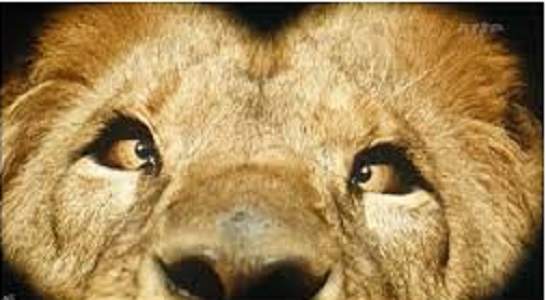 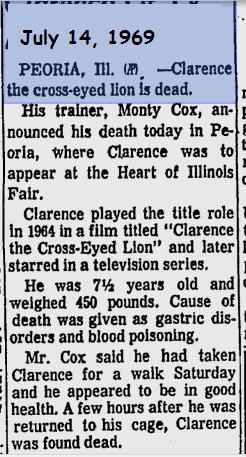 There were a lot of jeers and laughs that he had faked us out, but even so, it was still a sad story to hear.  I used to enjoy watching Clarence in the TV show 'Daktari' starring Marshall Thomson (one of the most wooden actors I've ever seen!)

Clarence died on July 14th, 1969, and the news made the papers the next day.  He was 7½ years old.  Apparently the life expectancy for a lion is 10 - 14 years, more so in captivity.  So Clarence was basically "middle-aged" when he passed away.

I'm writing this up two years in advance as it's a lazy Sunday afternoon in July, my first year of retirement, and I started thinking about the recent anniversary of the moon landing.  And naturally my thoughts turned to the only real memory I have of that time period.  It was one of those moments in Time in which I did not have access to TV - or the appropriate channel, at least - so that I could join in with the communal experience.  (The most recent example as of the time of writing happened just last weekend - I was stuck in the hospital with no access to BBC-America so that I might see the revelation of the new Time Lord for 'Doctor Who'.  Thankfully, one of my favorite Whovians - and closest friends - Mark Thompson, was able to send me the video just moments after the big reveal.)

So here's to you, Clarence the Cross-Eyed Lion.  I'm hoping to find a way to honor you in my Toobworld adventures.  There have been several humanoid/leonine alien races in various TV shows; perhaps I will bring one to Earth Prime-Time who is cross-eyed as well.

How does the name K'Larinz strike you? 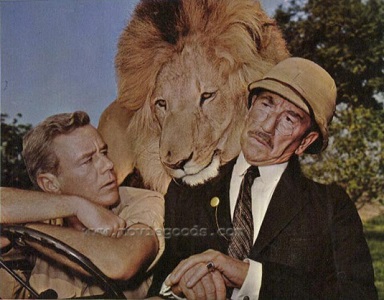