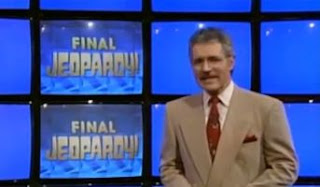 AS SEEN IN:
'The Golden Girls'
"Questions And Answers"


O'BSERVATION:
With Charlie Dietz as one of the three contestants on Dorothy's dream version of 'Jeopardy!', this episode serves as a crossover with 'Empty Nest'.

Labels: As Seen On TV, Hall of Fame, League of Themselves, Life During Prime-Time, Sign of the Crossover, Tele-Folks Directory, TV On TV


Usually with the September induction into the TV Crossover Hall of Fame, I pick someone from behind the scenes who has done a lot of work in connecting TV shows together - Dick Wolf, Susan Harris, Norman Lear, Brandon Tartikoff, and Wm. T. Orr are just a few examples.

But this year I've gone with someone in front of the camera, even though he's also been the producer of his show since 1987 and has been responsible for making it the juggernaut that has crossed over with so many other TV shows. 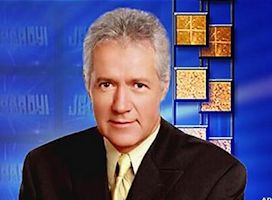 I wonder if the show would have become as popular as it is had Trebek not been the host and producer for so many years.

Just look at how many other TV series have jumped on the bandwagon: 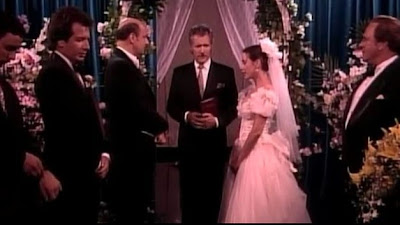 There is a movie from the Cineverse which Toobworld has absorbed - "Charlie's Angels".

There are the TV shows from the Tooniverse:
He exists in Skitlandia as well (thanks to Will Ferrell on 'Saturday Night Live') but not looking anything like he does in other dimensions.  In fact, his televersion crossed over into Skitlandia to confront his doppelganger.

Some of the shows listed above, most notably 'The Golden Girls' and possibly 'Blossom' had Alex Trebek appearing in dream sequences.  But in order to have dreamt about him, then he had to exist.

And he had to be known the FBI agents working on 'The X-Files' or else Jose Chung's claim that a Man in Black looked like Alex Trebek wouldn't have had the same impact.

And if he wasn't busy enough hosting his own show, Alex Trebek once hosted 'The Wheel Of Fortune' as well.  (I think he and Pat Sajak traded off, perhaps for April Fool's.)

With such a long list of shows to his credit, is it any wonder that he should be inducted into the TV Crossover Hall of Fame?

(And for good measure, we're inducting the TV show 'Jeopardy!' as well!

And now here are the two of our last two showcases together...... 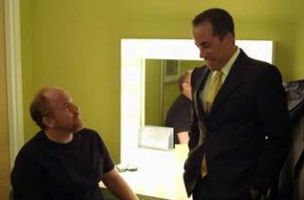 O'BSERVATION:
At least for a little while in Earth Prime-Time, the televersion of Jerry Seinfeld was going to replace David Letterman on 'The Late Show'.  Louis CK was just being propped up as a bargaining chip.

Labels: As Seen On TV, Hall of Fame, League of Themselves, Life During Prime-Time, TV On TV

LEAGUE OF THEMSELVES - LOUIS CK 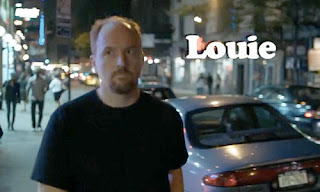 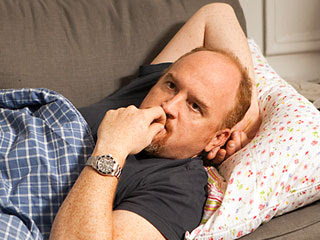 
In the classic comedy "It's A Mad, Mad, Mad, Mad World", Ray and Irwin were two gas station owners who saw their brand new business destroyed on opening day by an enraged Lester Pike.
But that was in the Cineverse.

In Earth Prime-Time, the televersions of Ray and Irwin opened their business in the sleepy little coastal town of Hainesville, California.  And they never had that fateful run-in with Lester Pike. 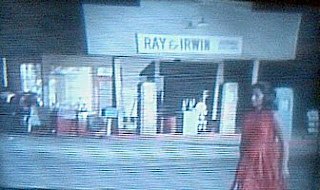 "It's A Mad, Mad, Mad, Mad World"'Kraft Suspense Theater' - "That He Should Weep For Her"
Added bonus - Milton Berle starred in both! 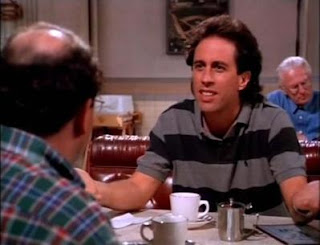 AS SEEN IN:
'Seinfeld'

O'BSERVATION:
Except for the people in his life, parents and close friends, this sitcom kept Jerry in an approximation of his "real" life - back before he was married and built up a crazy collection of cars.

Labels: As Seen On TV, Blipverts, League of Themselves, Museum Piece, Online TV

LEAGUE OF THEMSELVES - CHARLIE RUGGLES 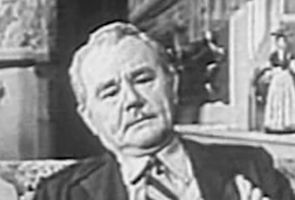 AS SEEN IN:
'The Ruggles'

SYNOPSIS:
A live sitcom from the early days of television about the Charlie Ruggles to be found in Earth Prime-Time - not an actor, but working in a store.  The series focused mostly on his family life.

O'BSERVATION:
Unlike 'Seinfeld' and 'The Charles Farrell Show', this was not a reflection of Charlie Ruggles' life even though he was playing himself.  It's more along the lines of 'The Drew Carey Show'.

LEAGUE OF THEMSELVES - CHARLES FARRELL 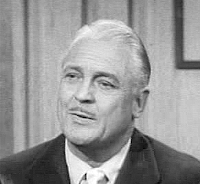 AS SEEN IN:
'The Charles Farrell Show'

SYNOPSIS:
A sitcom was built around Farrell's actual life - as a former movie star, as the proprieter of the Palm Springs racquet club, and as the mayor of Palm Springs.  The major difference was that actors played the televersions of his family and friends. 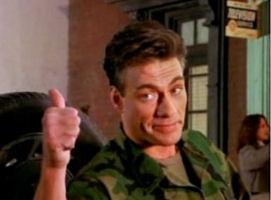 AS SEEN IN:
'Friends'
"The One After The Super Bowl, Part Two"