Henry McCord:
I'm having a tough time with this.  I haven't been sleeping well.

Henry McCord:
Yeah.... I've been watching a lot of 'Gunsmoke' in the middle of the night.

Henry McCord:
Today I just wanted to go back in Time to our trip to England
when touring churches was our thing.

Allison McCord:
You should wake me up the next time you watch 'Gunsmoke'.
Maybe that could be our thing.

'MADAM SECRETARY'
"YOU SAY YOU WANT A REVOLUTION"

Whenever pozz'ble, if it's not a specific mention for the TV show, then I'm going to treat any reference to 'Gunsmoke' as being about the 1953 movie which starred Audie Murphy:

A young gun slinger tries to help a rancher and his daughter save their land and cattle from an evil, wealthy land owner. (From the IMDb)

In this case, it has to be about the TV show since Professor McCord was watching "lots of" it - as in lots of episodes - every night.  Not that it matters, however - 'Madam Secretary' takes place in an alternate TV dimension.

But the classic Western has been mentioned in plenty of other TV shows which did take place in the same TV dimension, Earth Prime-Time.

Hancock's Half Hour: The Set That Failed
Hancock acts out a scene from this show.

Make Room for Daddy: Everything Happens to Me
One of four western series from which Rusty wants autographs from everyone.

Make Room for Daddy: The P.T.A. Bash
Danny mentions the show, while performing a comedy routine for the P.T.A.

Car 54, Where Are You?: No More Pickpockets
Wearing a cowboy hat, while working undercover, Muldoon is mistaken for Marshal Dillon.

The Many Loves of Dobie Gillis: Will the Real Santa Claus Please Come Down the Chimney? (1962) (TV Episode)
Maynard says that even though he's never actually seen him, he believes in Marshal Dillon (but he's not so sure about Chester).

Dennis the Menace: A Man Among Men
Dennis mentions Sheriff Matt Dillon, and then he starts to limp.

The Andy Griffith Show: Fun Girls
Gomer says Goober can walk just like Chester on "Marshall Dillon", which was the title for the half-hour episodes of "Gunsmoke" when the series was expanded to a full hour.

My Favorite Martian: The Time Machine Is Waking Up That Old Gang of Mine
Mistakenly believing that Tim and Martin are claiming to be Frank and Jesse James, the railroad detective sarcastically introduces himself as Marshal Dillon.
(This takes place back in the days of the wild, wild West, so Dillon is treated as a real contemporary.  It is part of Dillon's qualifications to be in the TVXOHOF.)

The Monkees: Monkees in a Ghost Town
Marchall Dillon is mentioned when Davy calls for help

The Monkees: Monkees in Texas
referenced in musical cues

Petticoat Junction: One of Our Chickens Is Missing
Buck refers to to Orrin as Marshal Dillon.

All in the Family: Flashback - Mike and Gloria's Wedding: Part 2
Mentioned by Archie

The A-Team: The Say U.N.C.L.E. Affair
Mentioned by Tour Guide

The Golden Girls: A Piece of Cake
Sophia mentions by name.

Miami Vice: The Cows of October
Izzy says "Get out of Casablanca", which he was bumbling the quote "Get out of Dodge", heard in one manner or another on the old series set in Dodge City.

The Gambler Returns: The Luck of the Draw
action takes place in the Longbranch Saloon

The Larry Sanders Show: Hey Now
Larry tells Hank that he looks like Kitty from Gunsmoke

Baywatch: A Matter of Life and Death
Mentioned by Mitch's father

Nash Bridges: Skin Deep
A tattoo artist looks at Evan's old-time sheriff badge he bought and says he must be Miss Kitty. Though Kitty was not an officer of the law or deputized.

3rd Rock from the Sun: Dr. Solomon's Traveling Alien Show
Mary tells Don that she and Dick have a game based on the show.

Nash Bridges: Shoot the Moon
Joe tells Nash, "Come on, Chester" while helping him walk after being shot in the butt and having trouble. This refers to a deputy named chester who walked with a limp.

Buffy the Vampire Slayer: This Year's Girl
Buffy: "I tell you, if I were her, I'd get out of Dodge post hasty." This phrase originated on Gunsmoke

Chuck: Chuck Versus the Predator
Emmett, comparing the situation to a Western, says, "It was a lawless town: Shane, Marshal Dillon, Clint Eastwood."

Shameless: Nana Gallagher Had an Affair
Eddie mentions a "Gunsmoke" marathon on TBS.
(Takes place in the Land O' Remakes)

Masters of Sex: Story of My Life
mentioned by Lester

SUPER SIX LIST OF RECENT PORTRAYALS OF BILLY THE KID 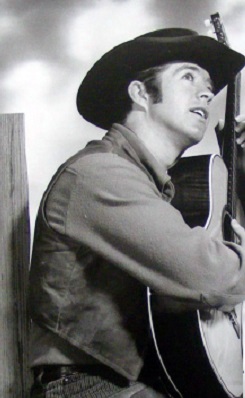 In Earth Prime-Time, for better or worse, Clu Gulager is William H. Bonney, alias Billy the Kid.  He played the role for 75 episodes in the series 'The Tall Man', which ran from 1960 to 1962.

Unfortunately for a Toobworld caretaker like myself, there were plenty of other TV Westerns, firmly established in the main Toobworld, which broadcast episodes in which the Kid made an appearance.  Most of these I have designated as imposters, such as the one played by Joel Grey in an episode of 'Maverick' (actually an escapee from a sanitarium) and Dennis Hopper (a sharpshooter seen in the pilots for 'The Rifleman' and 'Sugarfoot', who used the name for business.)  Others had to be relegated to alternate TV dimensions like the two different actors who played Billy in separate episodes of 'Voyagers!' and Chuck Courtney's portrayal, better known for the infamous movie "Billy The Kid vs. Dracula" but also seen in an episode of 'Buffalo Bill, Jr.'.  I've relegated this show, with that movie, to one of the Borderlands, a TV dimension which connects to one of the alternate dimensions of the Cineverse.  (And a good thing too - the idea that the title character of Buffalo Bill, Jr. was any relation to the real William F. Cody was too much of a Zonk to deal with in the main Toobworld.)

At any rate, here is my Super Six List of actors who have played Billy the Kid in those docu-series that are prevalent on niche networks like the History Channel, National Geographic TV, and the like.  They are not part of Earth Prime-Time, but "building blocks" for six of the thousands of alternate Toobworlds that make up the Multiverse........ 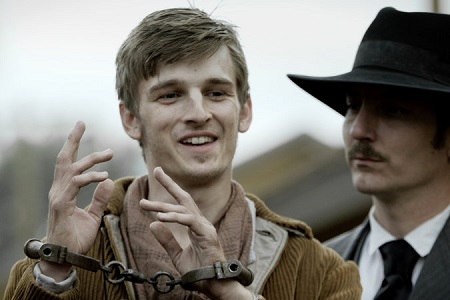 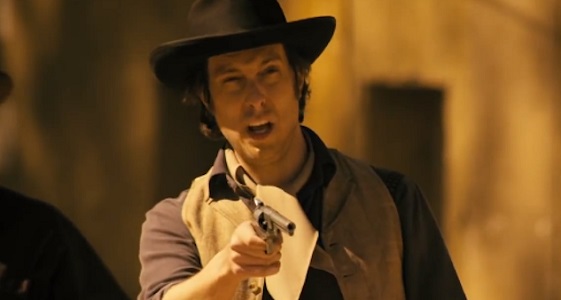 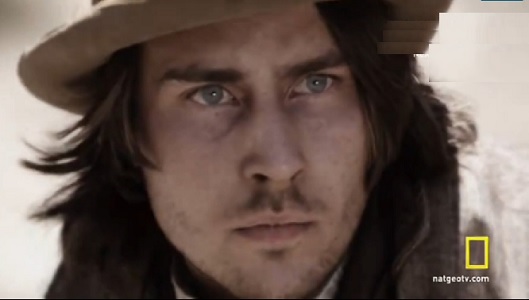 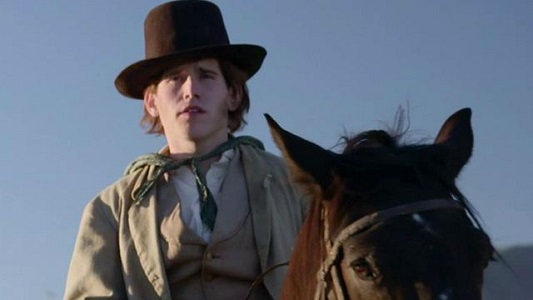 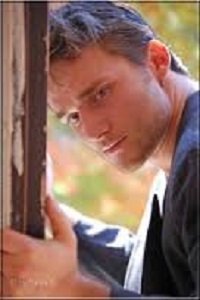 
I don't think I have any of my top six favorite comedy movies in a particular order, but in there pretty near at the top would have to be "Blazing Saddles".  When the camera cut away from the street fight at the end to to show it was all a movie set and we ended up on a soundstage for the new Buddy Bizarre musical, I think the sensation that washed over me was akin to religious rapture.

Hopes were high for a TV version of the movie, but as you'll see in the pilot embedded here, there was no way the off-color, raunchy humor of the movie could never be translated for television at that time.  Hellfire!  More than forty years on, and the movie still needs to be edited for language when it's broadcast today.

I'm an optimist, so I'm holding out hope that one day somebody will mount a TV series based on "Blazing Saddles".  Perhaps one of the premium networks, or Netfiix or Amazon.  I'd really rather not have this represent that world in Earth Prime-Time, but I could see it being part of Doofus Toobworld perhaps....

So just enjoy this for the oddity that it is.  And remember, you always have the original movie for a truly enjoyable experience.

Oh, and disregard the comment made by the guy who posted it.  He O'Bviously meant that the pilot was inspired by the movie, not the other way around......

'WANTED: DEAD OR ALIVE'
"THE TWAIN SHALL MEET" 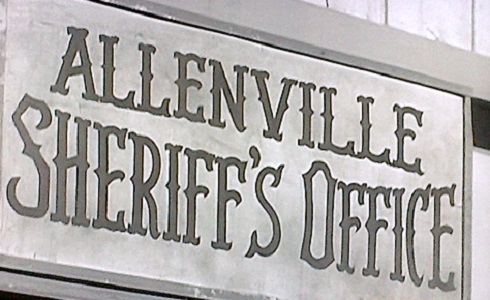 Allenville must have been Allenville, Texas.  I don't know its status in Toobworld now, but in the real world it no longer exists.  At least according to Texas Almanac dot com.  But it had been located in Milam County.

Over in the Cineverse, though, Allenville is not only still around, it's the location for the Allenville Penitentiary as seen in "The Longest Yard". 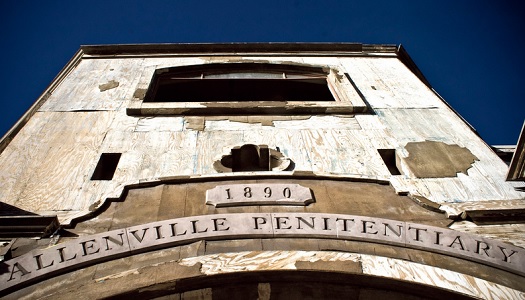