As Time goes by (We miss you, Geoffrey Palmer!), it gets more difficult to find someone to represent the full month of December as the showcase inductee into the Television Crossover Hall of Fame.  Anyone who is Christmas-centric is saved for the actual day and those are quickly running out.  (December will probably phase into being the Multiverse Month totally, a classification which has been used on occasion in the past.  In fact, I think I may have at least one this month to wrap up the Friday Hall of Famers feature.)

Our showcase inductee this month was an accident.  I basically e-stumbled over him while looking for something else.  But when I looked at his qualifications, I was surprised to see how many appearances he made as a member of the League of Themselves. 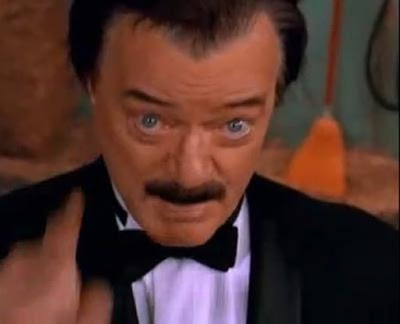 ROBERT GOULET
From Wikipedia:
Robert Gérard Goulet (November 26, 1933 – October 30, 2007) was an American singer and actor of French-Canadian ancestry. Goulet was born and raised in Lawrence, Massachusetts. Cast as Sir Lancelot and originating the role in the 1960 Broadway musical “Camelot” starring opposite established Broadway stars Richard Burton and Julie Andrews, he achieved instant recognition with his performance and interpretation of the song "If Ever I Would Leave You", which became his signature song. His debut in “Camelot” marked the beginning of a stage, screen, and recording career. A Grammy Award and Tony Award winner, his career spanned almost six decades. 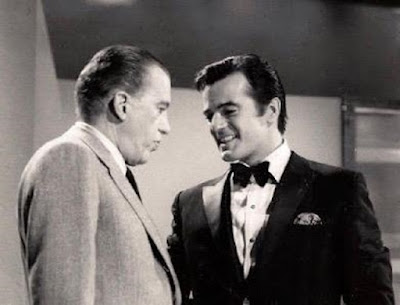 We’ve had League of Themselves members inducted into the TVXOHOF in the past who had strong ties to the holiday spirit due to Christmas specials – Bob Hope, Dean Martin, Andy Williams….  I thought Bob Goulet also had a lengthy history with such TV specials, but I guess my memory was influenced by his appearance as himself over in the Cineverse, in the movie “Scrooged”. 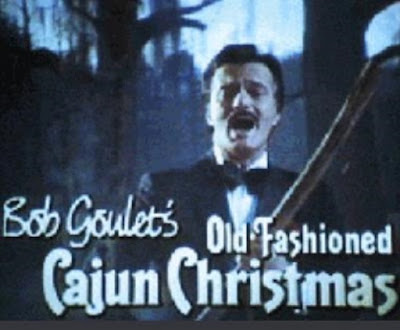 Otherwise, he only appeared in one explicit Christmas special: 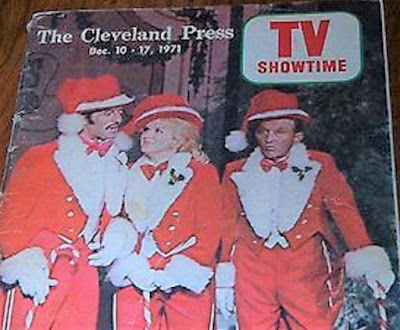 But he did appear in several talk shows and variety programs during December over the years.  I’m sure he was probably called upon to sing a Christmas tune or partake in a holiday sketch.  Among these would be the talk shows of Merv Griffin, Mike Douglas, Johnny Carson, and Dinah Shore; plus variety shows with Bob Hope, Andy Williams, Carol Burnett, ‘The Hollywood Palace’, and ‘Val Parnell’s Sunday Nights At The London Palladium’….

And not that it is any kind of qualification, but he did have a few Christmas albums to his credit. 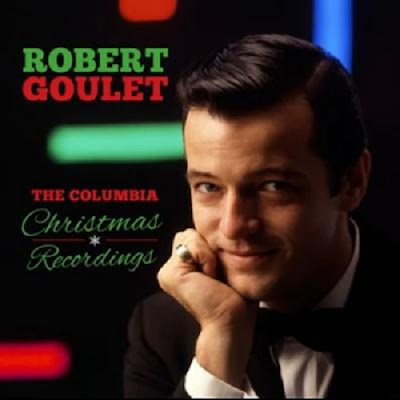 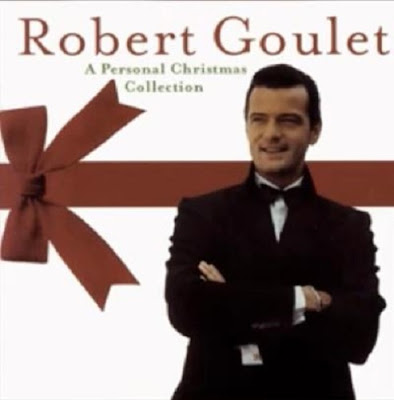 Here are the shows in which Robert Goulet interacted with fictional characters, thus making him a “televersion” not only in Toobworld, but also in the Tooniverse: 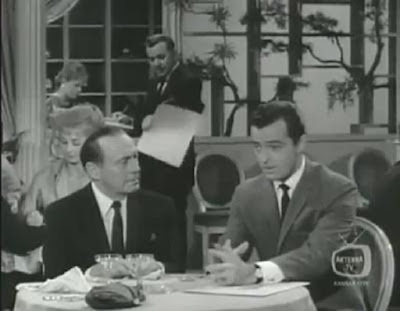 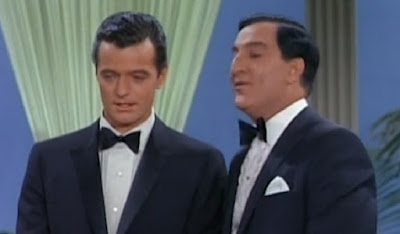 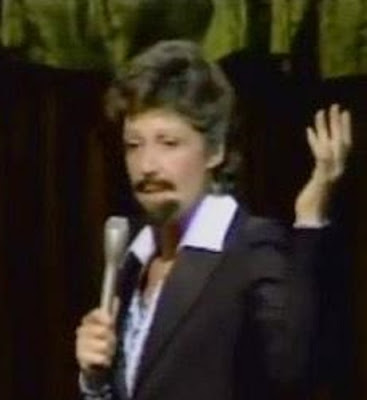 O’Bservation – I couldn’t find a picture of Goulet from this episode, but here’s Linda Lavin disguised as him and I'm sure she was not the only one… hence the title. 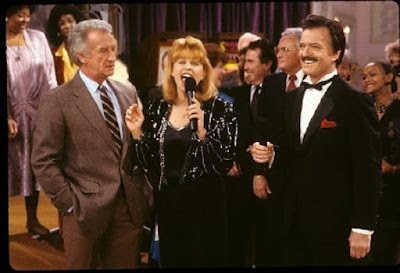 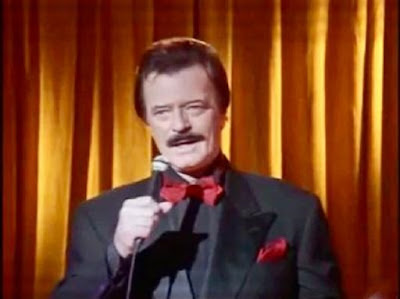 O’Bservation – Actually, he was playing Agent 0 who was disguised as Robert Goulet. So at least the existence of Robert Goulet was acknowledged. 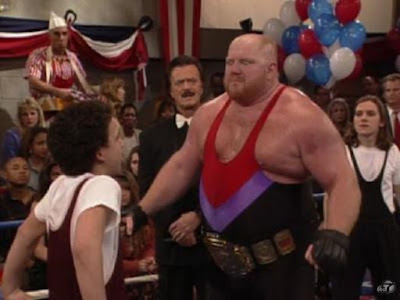 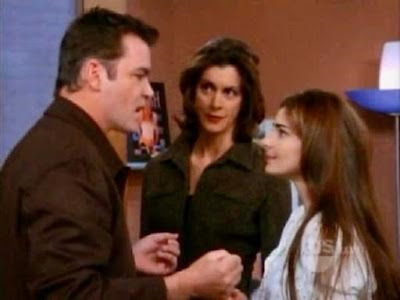 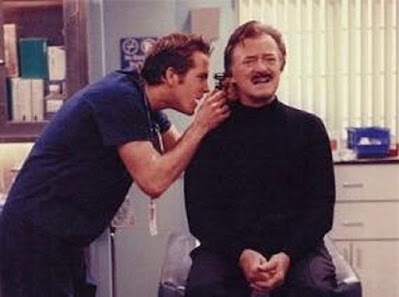 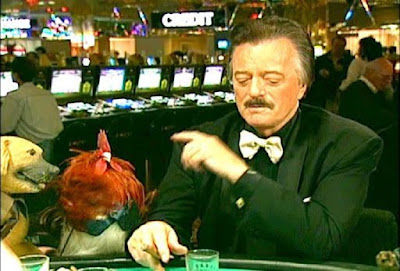 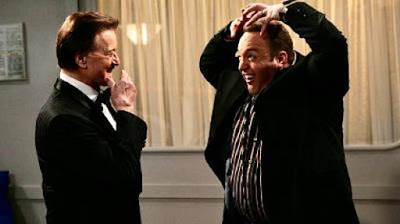 Many televersions differ from the real world originals in more than just dealing with fictional characters and living puppets.  And Robert Goulet is no exception. 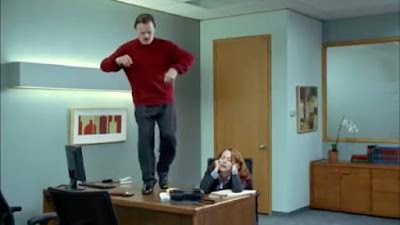 O'Bservation - Like Santa Claus and Rod Serling, Robert Goulet must have entered the chronosynclastic infundibulum so that he can be everywhere at once, but only at 3 PM in any particular time zone. That power has put Goulet into the Dark Side as he uses that downtime in people’s lives to wreak havoc in the office. (We’ve seen that play out in the Emerald Nuts commercial.)

Goulet also has a pen-and-ink presence in the Tooniverse.  Unfortunately, he just misses enough animated credits to qualify for a separate entry as a Tooniversion. 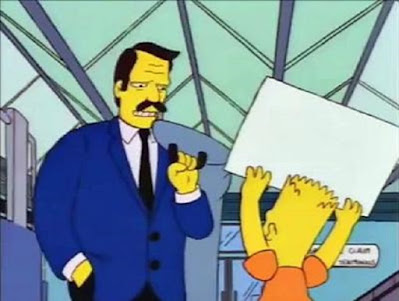 The Simpsons
- $pringfield (Or, How I Learned to Stop Worrying and Love Legalized Gambling)
(1993) 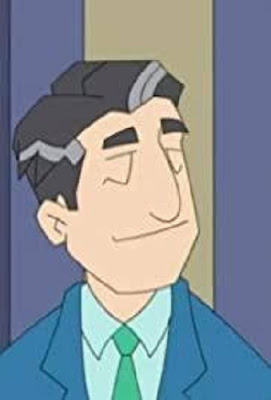 O'Bservation - I found the episode online but this guy doesn't seem to show up in it.  When I do a Google search for an image of Gouet in connection to that episode, this is all that comes up.  So I don't know what to tell ya.

Welcome to the TV Crossover Hall of Fame, Mr. Goulet.  Good night and may God bless…. 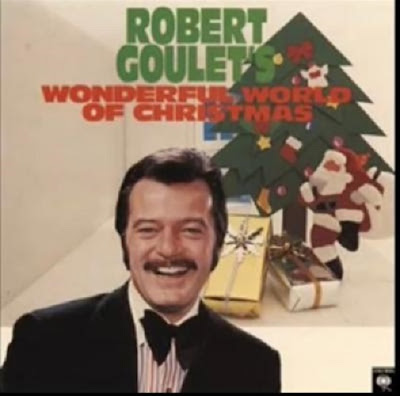 Happy Holidays, everyone!
Posted by Toby O'B at 12:30 AM 0 comments