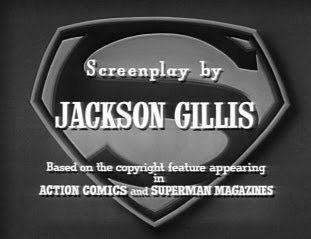 Ray Bradbury's 90th celebration of his natal day (as my Iddiot buddy and excellent musician Adam Bernstein would say) wasn't the only birthday of note that I missed yesterday. It was also the 94th birthday of Jackson Gillis.
I have to believe the name is at least somewhat recognizable to you; niggling away at the fringe of your memories.......?
Here's what John Raspanti wrote about him: 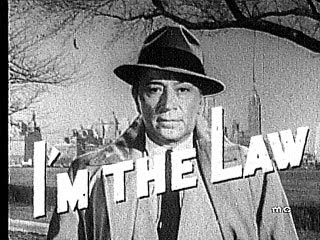 He helped create a series for movie tough guy George Raft in titled I’M THE LAW. He moved from there to LASSIE and wrote the pilot. He created a kids show called SPIN AND MARTY and THE HARDY BOYS. Whitney Ellsworth asked Jackson to write for THE ADVENTURES OF SUPERMAN. The only information he knew about the man of steel was what he read in the funny papers. It made no difference. For the next three years Jackson Gillis wrote some of the most memorable and to some, the best episodes the series ever produced.
Later in the 1950’s he joined the PERRY MASON team and proceeded to write forty-two episodes.
He worked steadily in the 1960’s and 1970’s writing episodes for MISSION IMPOSSIBLE, BONANZA, THE MOD SQUAD, HAWAII FIVE-0 , MANNIX, THE WILD WILD WEST, LOST IN SPACE, POLICE WOMAN, STARSKY HUTCH, CANNON, BARNABY JONES, MURDER SHE WROTE, and WONDER WOMAN. He also gave Peter Falk some of his better lines in COLUMBO and was the executive story consultant on twenty other COLUMBO stories. He even found the time to write two novels!
In 1972 he was nominated for an Emmy for outstanding writing for COLUMBO…and two years later for an Edgar Allan Poe award.
(More to be found at the George Reeves Hall Of Fame.)
All the best to a man who provided so many hours of entertainment in Toobworld!
BCnU!
Posted by Toby O'B at 4:09 PM