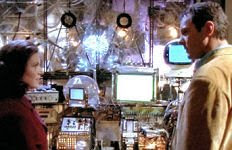 My Netflix queue is filled with TV series which I watch during my "lunch hour" at work. Mostly they're shows which I don't have to give too much attention to, just in case I'm needed at the desk. Currently, I'm watching 'Crime Traveller', and it fits the bill perfectly. It's a cop show from England in which the two detectives - Mike French as Jeff Slade and Chloe Annette as Holly Turner in the obligatory Mulder/Scully match-up - use a time machine to go back and solve murders. It's popcorn TV and doesn't require me to watch it with all cylinders and synapses firing.

Here's what "Ryan's British TV Show Reviews" (link to the left, Anglophiles!) had to say about it back in May of 1997:

"Chloe's father, it seems, invented a time machine in a spare room in their house, except it only takes you back a few hours and has so many arbitrary rules about using it that it hardly seems worth the bother. One of them is you have to return to the room before the moment you left (huh?) or else you are caught in an 'infinity loop,' whatever that is, a fate which has already befallen the father before the series begins."

J.Holst of TV Acres (also linked to the left) was nice enough to transcribe the dialogue that describes the rules of this home-made time machine:

Turner: We have to be back at the machine at the same moment, and I mean the same half second that we left. 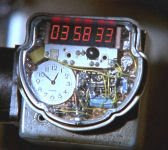 Slade: Go on.
Turner: If we're late getting back, we'll be trapped in a loop of infinity. Always living the same days, traveling back in time and doing it all again.
Slade: What's this? (picks up the timer)
Turner: It's crucial to the whole thing...Just get this into your head. This watch is synchronized with the machine. It'll beep once when we have an hour left, then continuously for the last three minutes. We have to be back in this room by then.

Here's how it worked, again courtesy of TV Acres: "Holly's time machine was nothing grand in the sci-fi tradition but rather a jumble of wires, circuitry, crystals and DIY technology that cluttered Holly's apartment. The secrets to the invention were a watch that synchronized with the machine's temporal fields and a set of time rules that could not be broken. Holly's machine generates a tachyon bombardment that creates a wormhole and thus allowed travelers to enter the past."

Time can be thought of as being like the wind or water, the earth, and fire - it's natural. And this time machine - any time machine, including the TARDIS - taps into that natural energy in order to work. And sometimes, it triggers an effect like this "Loop of Infinity".

We've seen this natural effect triggered before in Toobworld, back in the early 1960s. Here's a plot description for "The Premonition", an episode of 'The Outer Limits': 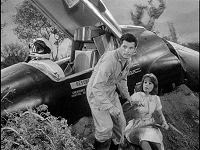 "An X-15 rocket-powered research aircraft pilot and his wife become trapped 10 seconds ahead of their time and watch time unfold to catch up with them at about 1 second every 30 minutes. In the time left before returning to synch with normal time, they see that their daughter is about to be hit by a truck. But to stop the accident could mean to stay forever stuck in time. They must be back in the positions they were in five hours ago before time 'catches up' with them." 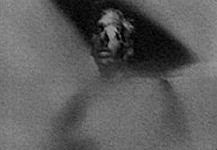 While the Darcys are trapped in this Limbo state, they meet a fellow prisoner who did not make it out in Time (literally) when he was finally supposed to be resynched with Time. So in the back-story for 'Crime Traveller', Holly Turner's father shares the same fate as this "Limbo Being" (who was played by Kay Kuter, who played Newt Kiley on 'Petticoat Junction' and 'Green Acres').
Here's how the "Limbo Being" described the predicament in which the Darcys now found themselves:

"If you'll miss your chance to return—one-millionth of a second behind time, your chance will pass you by, and leave you where I am now—in forever-now. A black, motionless void. No light, no sun, no stars, no time—eternal nothing! No hunger... thirst... only endless existence. And the worst of it... you can't die! So, fellow man, you challenge me for a wish to take your place? You, both of you, would feel no different if you were caught in this black oblivion... if you were not back in your plane... in your car... at the exact instant."

This is the type of time travel story 'Doctor Who' should get involved in; to rescue somebody else who may be trapped in this Limbo state. (Kuter died in 2003, so he's out of the consideration. But then again, we only saw him as a negative image, so it could 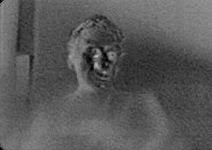 be a recastaway. As for Holly's father, I'm only on the second episode, so if you know about where the series went in regards to this storyline, don't tell me!)

It would certainly be different from the alien of the week plotlines. (Just sayin', is all......)

Tripping this Limbo effect might also be another way in which we can splain away the disappearance of certain TV characters, who vanished without explanation from our view on the screen. It doesn't splain why none of the other characters ever mention their absence, but still.....

PS:
I had a another title for this post, but it's going to be the name of my Tubeworld novel, and I don't want anybody to steal it! LOL