Irene Dailey, an actress who devoted her life to the theatre and who was the sister of Dan Dailey, has died at the age of 88. She played Nettie Cleary in the 1964 Broadway production of "The Subject Was Roses" (a role which went to Patricia Neal for the movie version).

But she was also known for her TV work. Here is an excerpt from Dennis Hevesi's obituary published in the New York Times on October 6th: 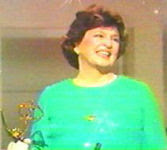 From 1974 to 1986, and then again from 1988 to 1994, Miss Dailey played Liz Matthews in 'Another World' — an upper-class-bred matriarch of a middle-class family dealing with the convolutions of life in the fictional town of Bay City. For that role, Miss Dailey won a Daytime Emmy Award for outstanding actress in 1979.
Many fans of 'The Twilight Zone' should also remember her from the episode "Mute", which also starred Ann Jillian as the little girl with telepathic powers. Ms. Dailey played the brutally strict teacher who broke the girl's use of her gift. It's probably the most disturbing episode I've ever seen of that show. 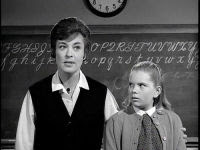 Here is the registry of characters who were given life in Toobworld by Irene Dailey:
STARRING ROLES
"Another World" (1964) TV series .... Elizabeth 'Aunt Liz' Matthews #4
"The Edge of Night" (1956) .... Pamela Stewart 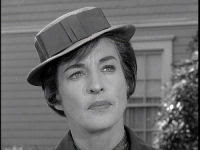