AS SEEN ON TV: FALCONETTI 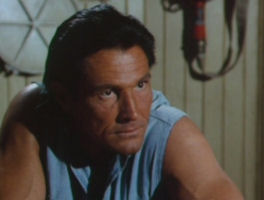 AS PLAYED BY:
William Smith

From the William Smith fansite:
As played by William Smith, the evil Falconetti is one of the most memorable villains in television history. Falconetti so dominates memories of the miniseries that it’s hard to believe he only appeared in 3 of the 12 one-hour episodes which originally ran in Feb/March of 1976. The scene in which Falconetti looks down to the pier where Tom is dying from wounds inflicted by Falconetti’s cohort is wonderfully chilling. Bill reprised the Falconetti role in Book II despite the fact that his interaction in the original had been solely with Tom Jordache. Tom’s son Wesley was no match for Falconetti [as actor Gregg Henry was no match for William Smith] so his animosity was broadened to the entire Jordache family.

William Smith garnered an Emmy nomination for his role in Book II. [He was beaten by Gary Frank who played the sensitive Willie Lawrence on the drama Family.] Despite coming in a respectable 21st in the 1976-77 ratings (opposite top-ten rated comedies 'M.A.S.H.' & 'One Day at a Time') there was no 2nd season for Book II. Falconetti was actually a more interesting character in Book II. His previously unrelenting tough guy was a manipulator in this scenes opposite Dimitra Arliss as his sister Marie. But it was his scenes with the powerful Estep [Peter Haskell] that saw a real change for William Smith. Despite the fact that Haskell was no physical match for Bill, Estep dominated Falconetti psychologically with his wealth and power. [Estep called Falconetti "Anthony" in a condescending tone] Bill did a notable job of shrinking psychically in the presence of Estep who used Falconetti for his own evil purposes. 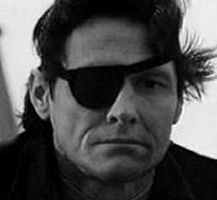 A little RMPM trivia: In a fight with Tom Jordache, Falconetti's left eye is gouged as shown by the gauze patch on his left eye. However, when filming resumed they put the eyepatch on his right eye. Bill protested that it was his left eye that was missing but he was contradicted by the script girl so the patch remained on his right eye until he got a glass eye in Book II.

All these years I thought his name was 'Falcon Eddy' !!!!
He was so tough Rockford had to punch him with a roll of nickels in his fist!!

YOU HAVE TO GO ALL THE WAY WITH A ROTTEN P##CK LIKE THAT!