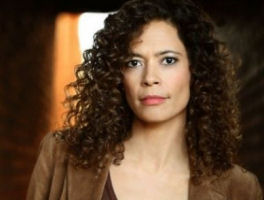 From 1997 to 2003, Adele Newman was a social services representative who dealt with many of the staff and patients in the 'ER' of Cook County Hospital in Chicago. After her last appearance (in the episode "A Saint In The City"), I have no idea what happened to her. 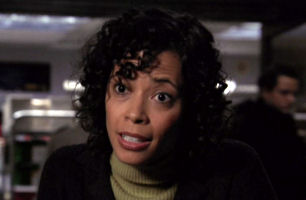 Before she suddenly just disappeared from the show 'ER' (although she was just a long-running, recurring character), I think Adele had already begun a new chapter in her life. I think she was taking courses for a new degree with an eye towards going back to school full-time as a medical student. (That way, it cuts down on the time needed to complete her studies and pass the boards.) When she left the employ of the Social Services Department of Chicago for good, it was because she enrolled for the full curriculum.

By this point in her life, she is probably a resident intern. perhaps specializing in trauma surgery as it was the field she was most often associated with. At whatever hospital where she is doing her residency, she'd be the "low man on the totem pole" with her surgical team. As such it would be her job to be the one to interface with the family of the patients, to take on the burden of dealing with them as the messenger - especially when there was bad news to impart. 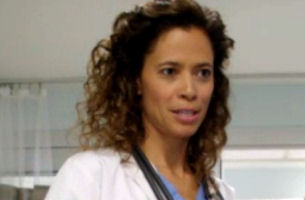 If so, I think it's safe to say that Adele Newman is now in Boston. Because I think we saw her in the season finale of 'Rizzoli & Isles'.

It was her job to keep going out to the corridor and meet with Dr. Maura Isles; there she would let the medical examiner know the condition of her mother, who had been mowed down in a hit-and-run intended for Maura.

(On that season-ender, we never learned the name of Erica Gimpel's character, so it may as well have been Adele Newman. Should she ever pop up again as a doctor in some other show, we can claim that she is still the same person. And it wouldn't matter if she's to be found in a new city. Nor would it matter should she have a new name - so long as we only hear her addressed as Doctor and by the last name only. That way we can say she not only transferred to a new job upon completing her residency, but that she got married as well. Because of this, I'm intentionally ignoring any earlier portrayals of doctors which fit those parameters.)

And that's our last themed post for Black History Month....

and somehow cured of her paralysis. She was shot by a disgruntled father in an episode of ER

Thanks for that, Will. I suppose that experience ended up being a major influence in her decision to be a trauma surgeon.....