AS SEEN ON TV: DAVID SPAULDING

AS SEEN IN:
"The Rhinemann Exchange"
(Part of 'NBC Best Sellers')

AS PLAYED BY:
Stephen Collins

From Wikipedia:
"The Rhinemann Exchange" is a novel of suspense by Robert Ludlum, set in the middle of the Second World War. In 1977, it was made into a television miniseries starring Stephen Collins. 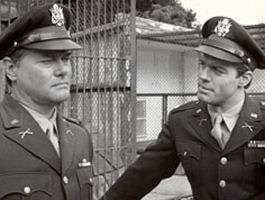 On the eve of the Second World War, David Spaulding, a radio voice actor, is recruited by Colonel Ed Pace to run a secret network in Lisbon.

The plot advances to 1943. Both the Allies and the Axis find themselves facing key shortages that impede their ability to win the war. The Allies lack gyroscopes capable of operating at high altitudes; thus they are losing an unacceptably high number of bombers. If they do not procure gyroscopes soon, the D-Day invasion of Normandy will need to be postponed. The Germans find themselves without high quality diamonds, which are necessary for the rocket development program at Peenemünde.

Ironically, each side has what the other needs: the Allies control access to high quality diamonds from the Belgian Congo; the Germans have a design for a gyroscope able to operate at high altitudes. The German intelligence agency, the Nachrichtendienst, discovers that the Allies are in need of gyroscopes, and proposes an exchange, to take place in neutral territory: Buenos Aires, Argentina.

David Spaulding has, in the meantime, become an invaluable spy for the Allies. His Lisbon network ferries agents and defectors back and forth from German occupied territory. He is selected, however, to oversee the receipt of the gyroscopes - critically, he does not know that diamonds are being exchanged for the gyroscopes.

The Germans select the exiled industrialist Erich Rhinemann to supervise the exchange at their end. He is a clever choice because, although he is Jewish, he is committed to German victory and believes that he will be welcomed back after a German victory. Rhinemann is immensely influential and powerful in Buenos Aires.

If you really need to know the rest of the plot, click here. 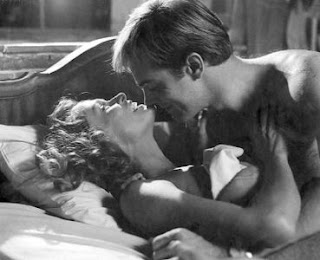 From Stephen Collins' website:
With Lauren Hutton in the ABC miniseries of Robert Ludlam's "The Rhinemann Exchange," 1976. This was the first film version of a Robert Ludlam novel and one of TV's earliest miniseries, shot soon after 'Rich Man, Poor Man.' It was directed by Burt Kennedy, a well-known director of westerns, on location in Mexico.

"I got to work with Lauren Hutton, John Huston, Claude Akins, René Auberjonois, Larry Hagman, José Ferrer, and Roddy McDowall (who took the home page photo for this site as well as the jacket shot for 'Double Exposure'). Burt Kennedy did his best to make me look and sound tough, and even succeeded once or twice."

When an interviewer for TV Guide asked Kennedy what he thought of young Collins, fresh off of 'All The President's Men,' Kennedy replied, "He's either well on his way, or he'll never work again." 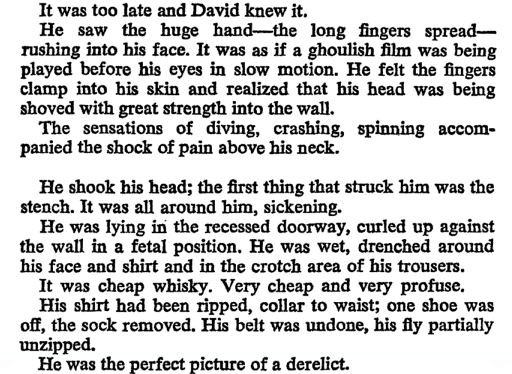 I've added the DVD of this adaptation to the top of my Netflix queue.  You can't beat a cast like that (with Vince Edwards as well)!